To make the magic happen, mention our Twitter account @threader_app with the keyword “compile” from a thread. Our bot replies with a link to the compiled version, in an article format. Try it for yourself! 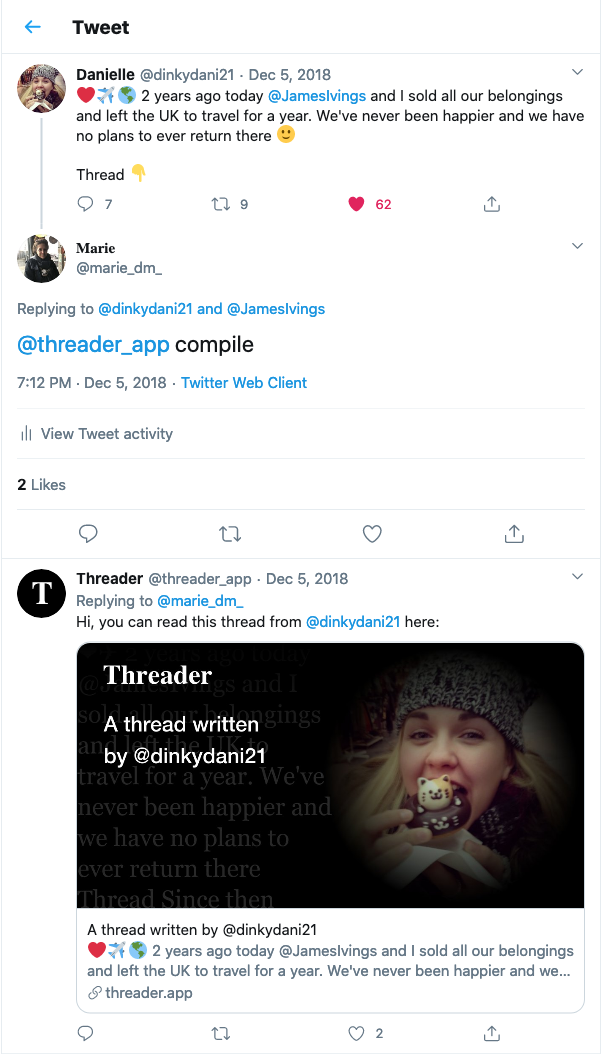 If the thread is old or has not been written in the last few days, you need to mention us from the last tweet. Here's an example with a thread from 2017.

After using this command, the bot will reply in less than a few minutes. It will appear in your mentions on Twitter. The thread will also be added to your collection of compiled threads. You can access them from your Threader account. 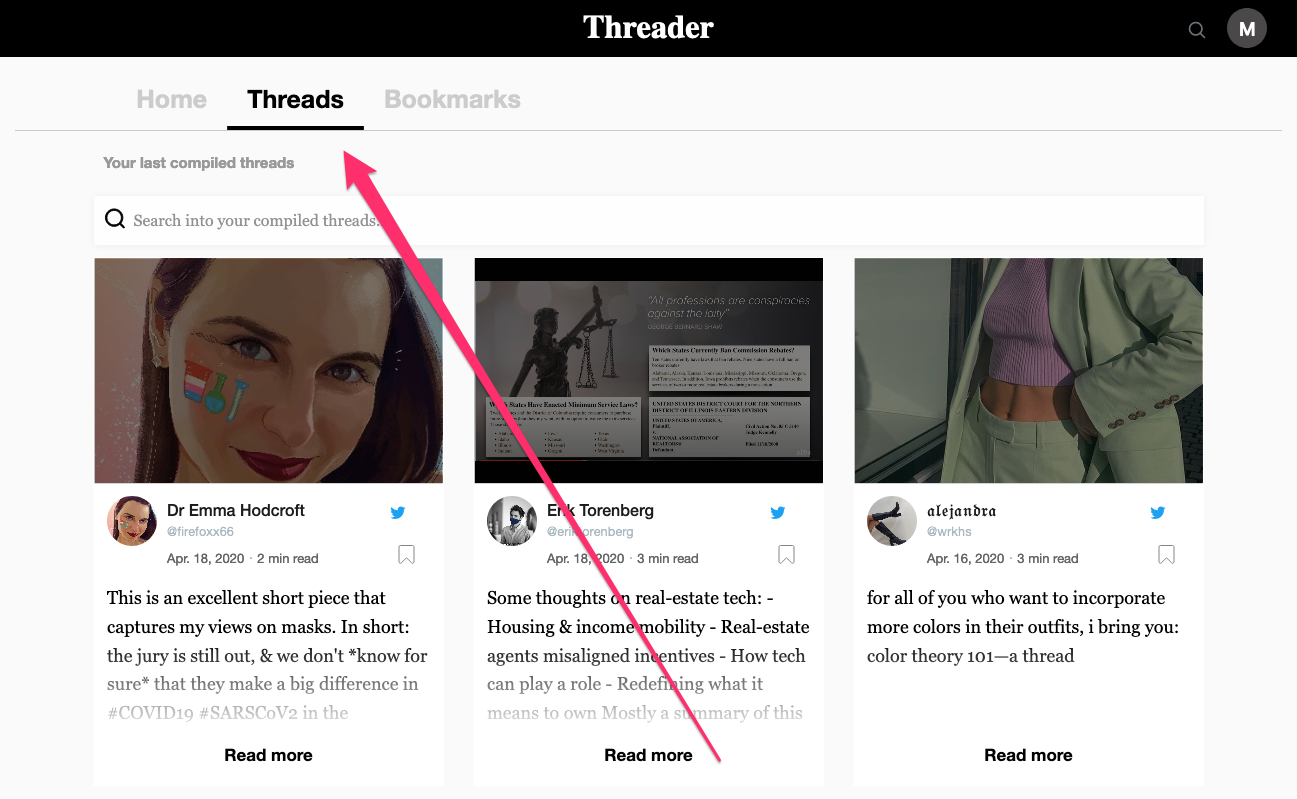 Threader has super powers. It can also compile a piece of conversation on Twitter. Just like for old threads, mention us from the last tweet of the thread. Take a look at this example to see how it works. 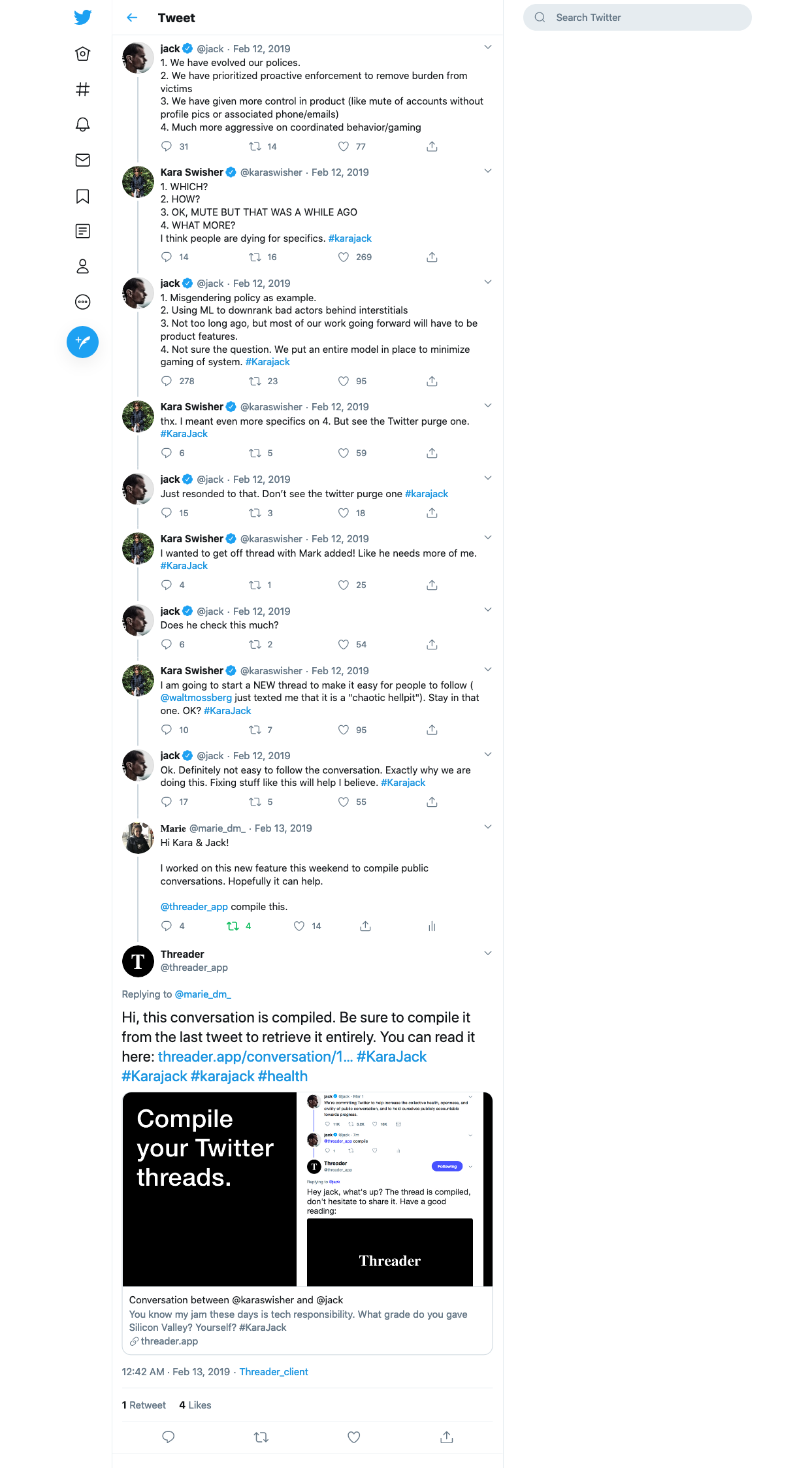 You can contact us for any question you may have at [email protected] or by DM on Twitter.