(1) A man tasked by Kremlin agents with setting up a Kremlin-Team Trump summit at Trump Tower tells Don Jr. the Kremlin supports Trump and wants to offer him valuable intel. Team Trump already knows the Kremlin has Clinton emails. 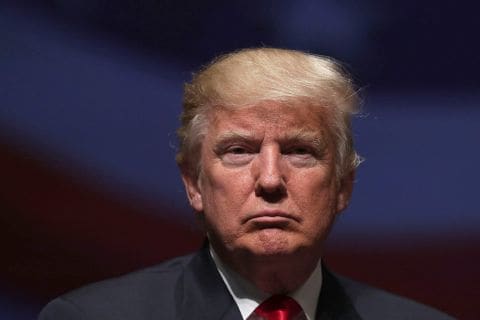 (2) At the Kremlin-Trump summit at Trump's house, a Kremlin agent offers Clinton Foundation dirt—another thing Trump wants—and asks Team Trump to drop sanctions on Russia. Per the only independent witness in the room, Don Jr. says "we will revisit [sanctions]" after the election.

(3) Following the meeting, America learns that the very Russian government that Team Trump has been told is taking actions to "support" it has—among those actions—engaged in massive cyber-hacking against the United States. Trump gets more detail on this at a classified briefing.

(4) At his August 2016 classified briefing, his briefers tell Trump that his campaign may be infiltrated by Russians and seek from him any intel he can possibly offer as to such infiltration or solicitation. Trump lies to law enforcement, withholding the mountain of intel he has.

(5) Instead—and as the Russian government he knows is "supporting" him continues attacking America—Trump secretly develops a plan to drop all sanctions on Russia, just as his son Don had told the Kremlin he would. This bribery becomes chargeable once Trump is elected in November.

(BONUS1) Though the statute doesn't require more than an agreement, in this case Trump does seek to deliver on the bribe he has received from Russia—a bribe constituting all the "support" he was told Russia was giving him—by ordering State to remove all Russian sanctions in 2017.

(BONUS2) Trump has repeatedly railed (in public) against the Foreign Corrupt Practices Act, arguing that people *should* be able to bribe government officials. This—added to his actions—confirms (a) Trump knows the bribery laws, and (b) has the requisite desire to *violate* them.

(BONUS3) This is only *one* of Trump's acts of bribery. The communications Trump receives and reviews from Kremlin agent Sater about why the Kremlin wanted to *assist* him in building a Trump Tower Moscow—the subject of two years of secret talks—establish *another* bribery crime.

(BONUS4) Moreover, an ongoing EDNY probe into Elliott Broidy—Trump's handpicked deputy RNC finance chair—is establishing that Broidy successfully bribed Trump (for Saudi Arabia and the UAE) as to *multiple* policies and issues and even personnel decisions after Trump was elected.

(BONUS5) Bribery is one of two enumerated impeachable crimes in the Constitution, and in lay terms is a form of "collusion" that's criminal. However, it wasn't investigated by Mueller—rather, Mueller farmed out such allegations to EDNY and other offices. They'll return soon. /end

(PS) If you wonder why Jr. lied to Congress about the June '16 Trump Tower meeting, then refused to meet with Mueller about it, then sat quietly as his dad lied about his son's willingness to talk to Mueller about it, now you know why—the Trumps are still on the hook for bribery.