This is an incredible encounter with a herd of elephants who weren't happy about having humans come so close.

The trumpeting alone is worth taking a minute to watch.

Great example of steps an 🐘 herd takes to protect babies

At the start you see this mom let out a low, deep rumble which scientists have identified as one 🐘 use to indicate they're protecting kids

Then her herd rushes over to surround her newborn baby

3. I’ve watched a lot of 🐘 vids in my life & I’ve been fortunate enough to witness 🐘 behavior in the wild many times but I don’t think I’ve ever seen anything like the vid above. How tiny her newborn is & how she summons her herd (& likely her own mom) over to protect her baby

4. So in the video in tweet #2 when the mom summons her herd that group likely includes cousins, her nieces/nephews, her own siblings, one or more aunts, and then around 50 seconds in, the largest elephant that rushes over is the matriarch of the herd, either her mom or aunt.

5. From the BBC on the difference between male and female elephants:

“Males are more touchy-feely than the females are during family visits to the water hole. Females are more business-oriented, she says: they "get in there, drink, protect the little ones, and get out."

6. Did you know that before an elephant is old enough to become a mother that she learns how to be a mom by babysitting babies in their herd?

Lempaute is just 12, she won’t have a baby of her own for a few years. But she’s learning how to be a mama by babysitting baby Neptune! 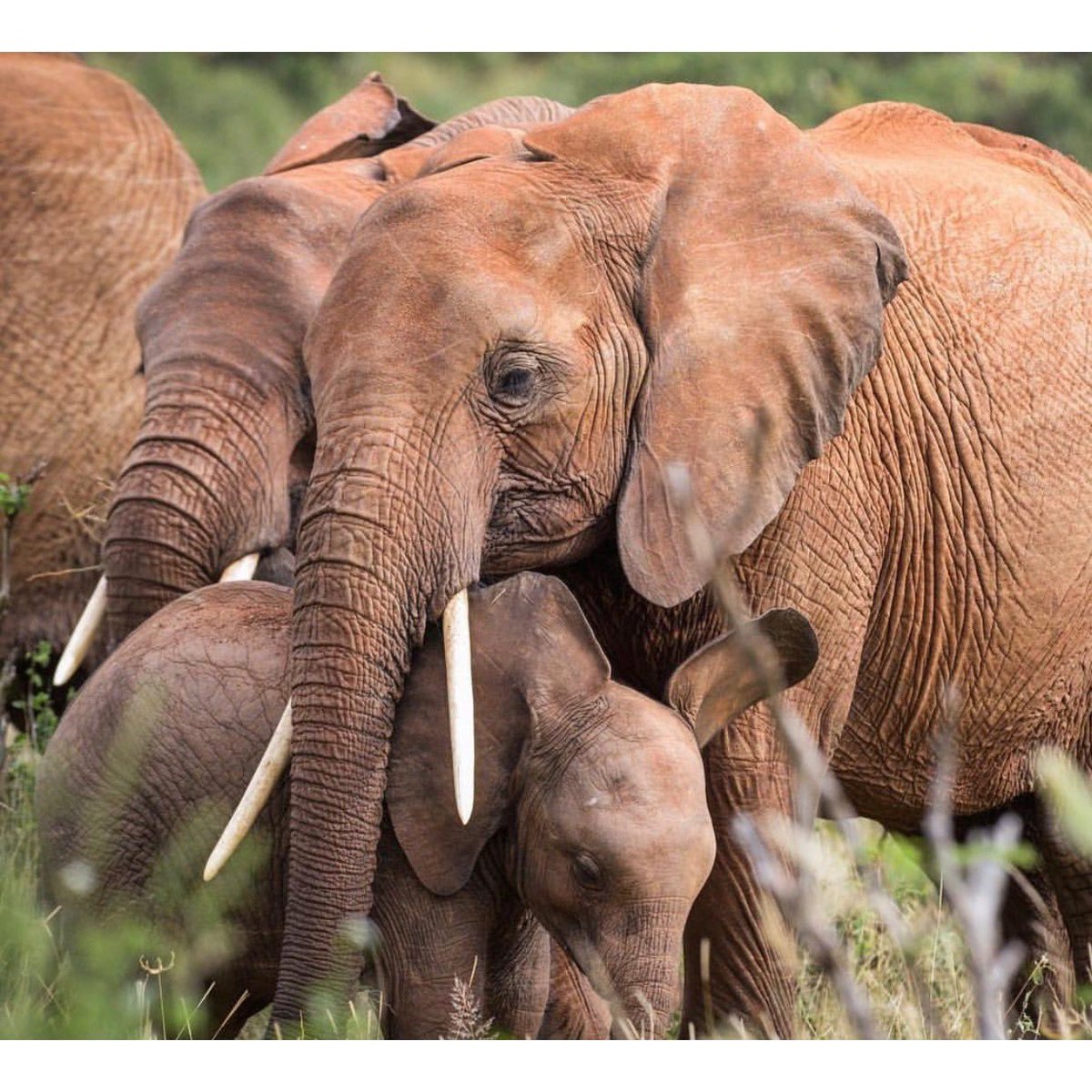 8. Elephant bulls reach sexual maturity around the same time but they don't successfully reproduce for at least another decade because they have to compete with older, stronger bulls for elephant cows. 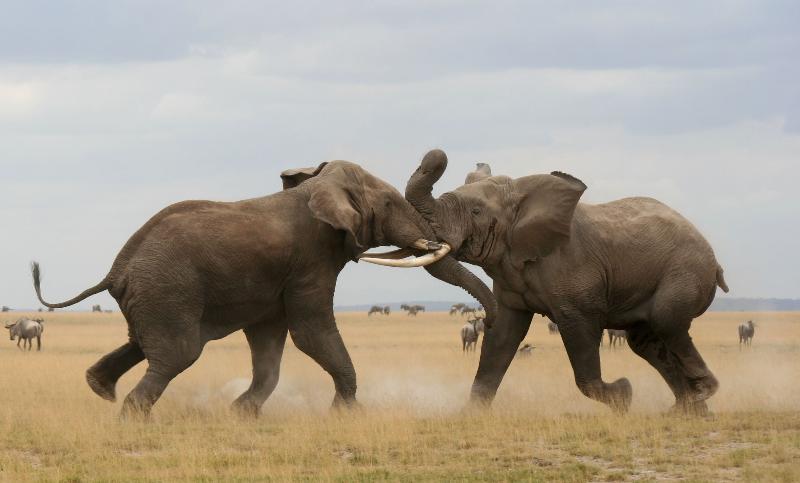 9. Elephant cows typically give birth every 5 years & they can reproduce well into their 50s. In fact, early last year, Eloise, an elephant in Tanzania, gave birth to twins at age 57!!

Elephant twins are quite rare and Eloise is the oldest known elephant to give birth to twins! 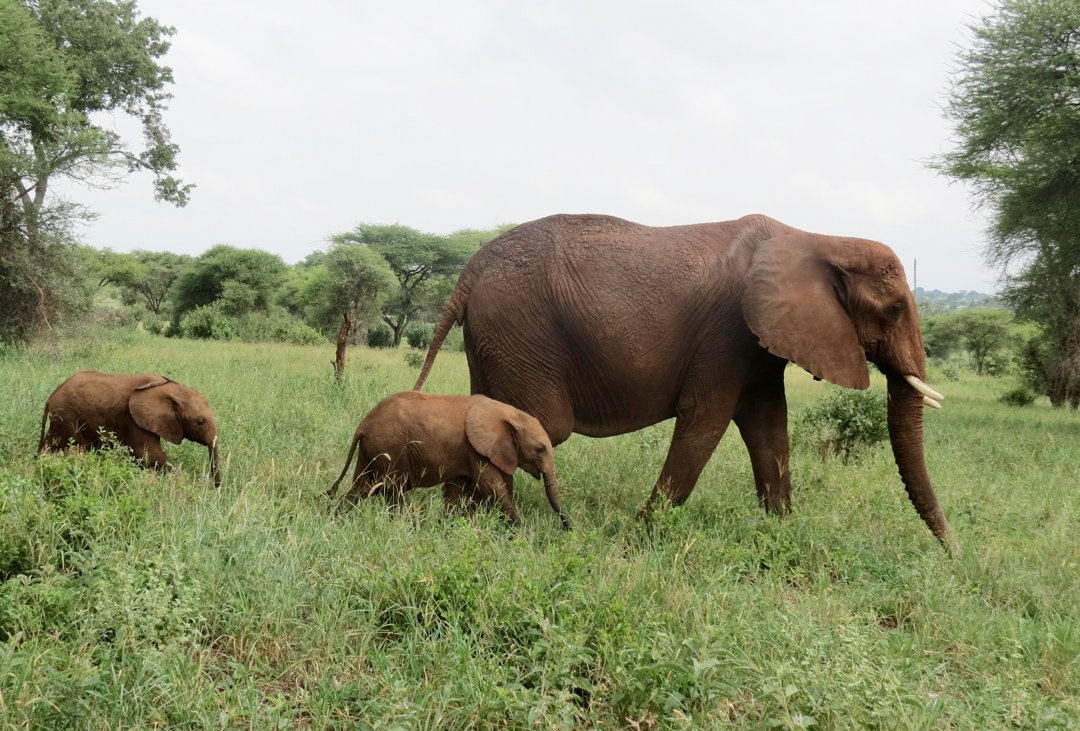 10. Want to see an amazing video? In the past, I've posted footage of an elephant giving birth & her herd celebrating & protecting her/her baby

In this clip, a herd is surprised by the arrival of a newborn and they celebrate joyously

BTW this is a group of former @DSWT orphans

11. My god I love elephants so much and the clip in the tweet above illustrates why they're so extraordinary. They're so much like us...they're better than us in fact.

12. 🐘 matriarchs are critical to the health/well-being of a herd. They direct the herd daily to food & water. In fact, they remember watering holes they visited decades ago

In this clip you can see a grandma 🐘 disciplining her grandson

Then, she takes her herd to a salt lick

Baby 🐘 orphans don't have their moms, aunts, & elders to each them how to be 🐘, so it's up to their beloved keepers to teach them everything they need to know!

Here Julius is giving a lesson on how to identify the best greens!

14. Julius is such a wonderful, kind, and empathetic keeper. You can tell just by watching the clip above and hearing how gentle and reaffirming he is with the baby elephant.

15. Turn the sound up to get the full experience

If you haven't seen an 🐘 up close, this is good as it gets without the real thing. Notice how this 🐘 gently starts tipping the truck with the tip of its tusk...it's offering a warning & showing what's possible