1/ The virtue of PLAY—for humans + machines 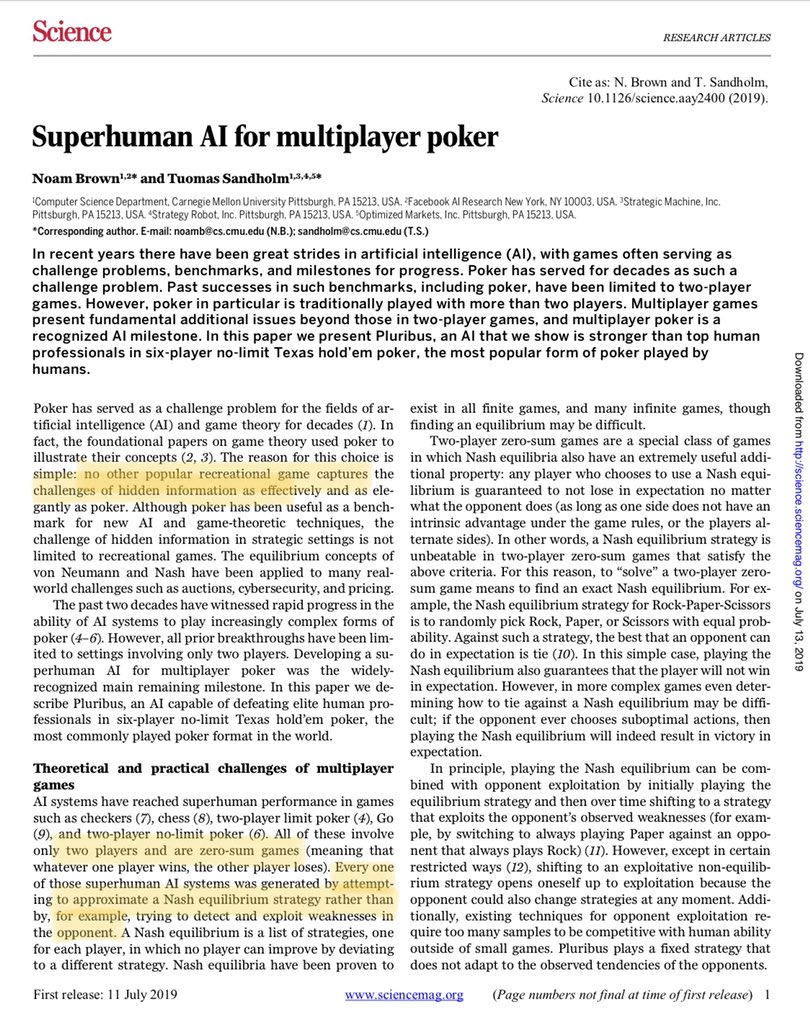 3/ Here is description of the goal and technique of “Pluribus” trained on self-play to beat past versions of itself—which is notable because... 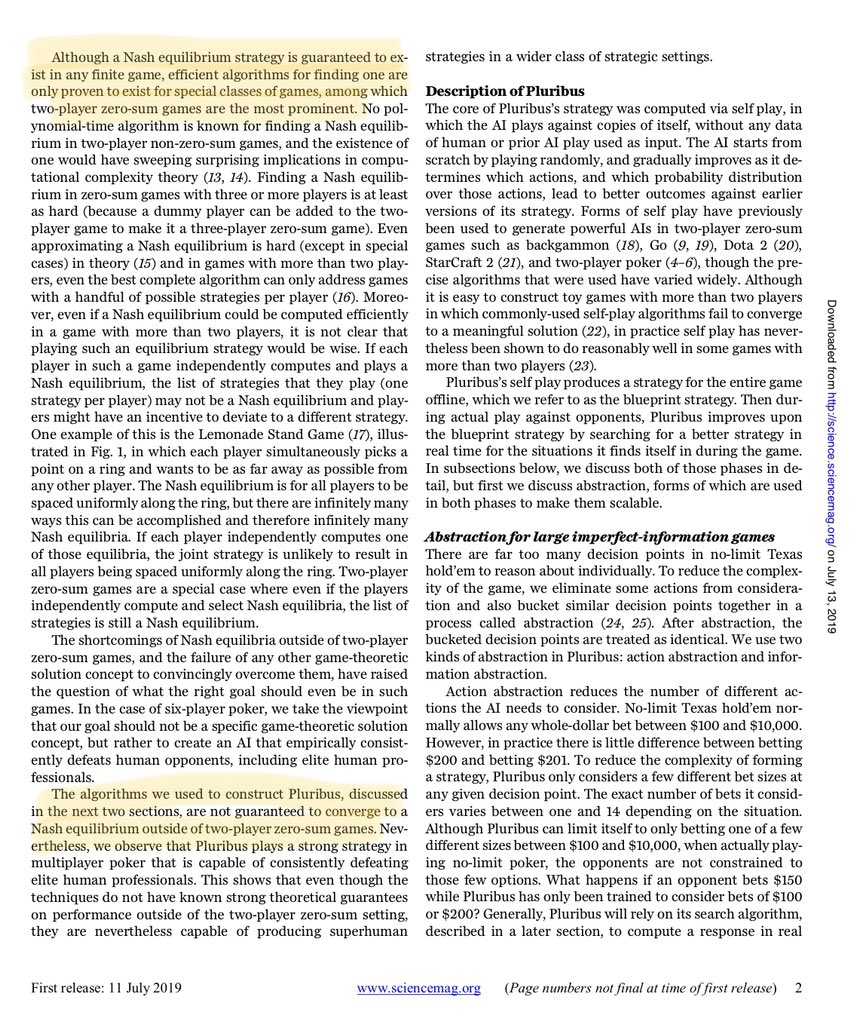 —most poker AIs also use algorithm of “counterfactual regret minimization”. This one uses a variation that used CPUs instead of GPUS and cost estimated $144 of compute. 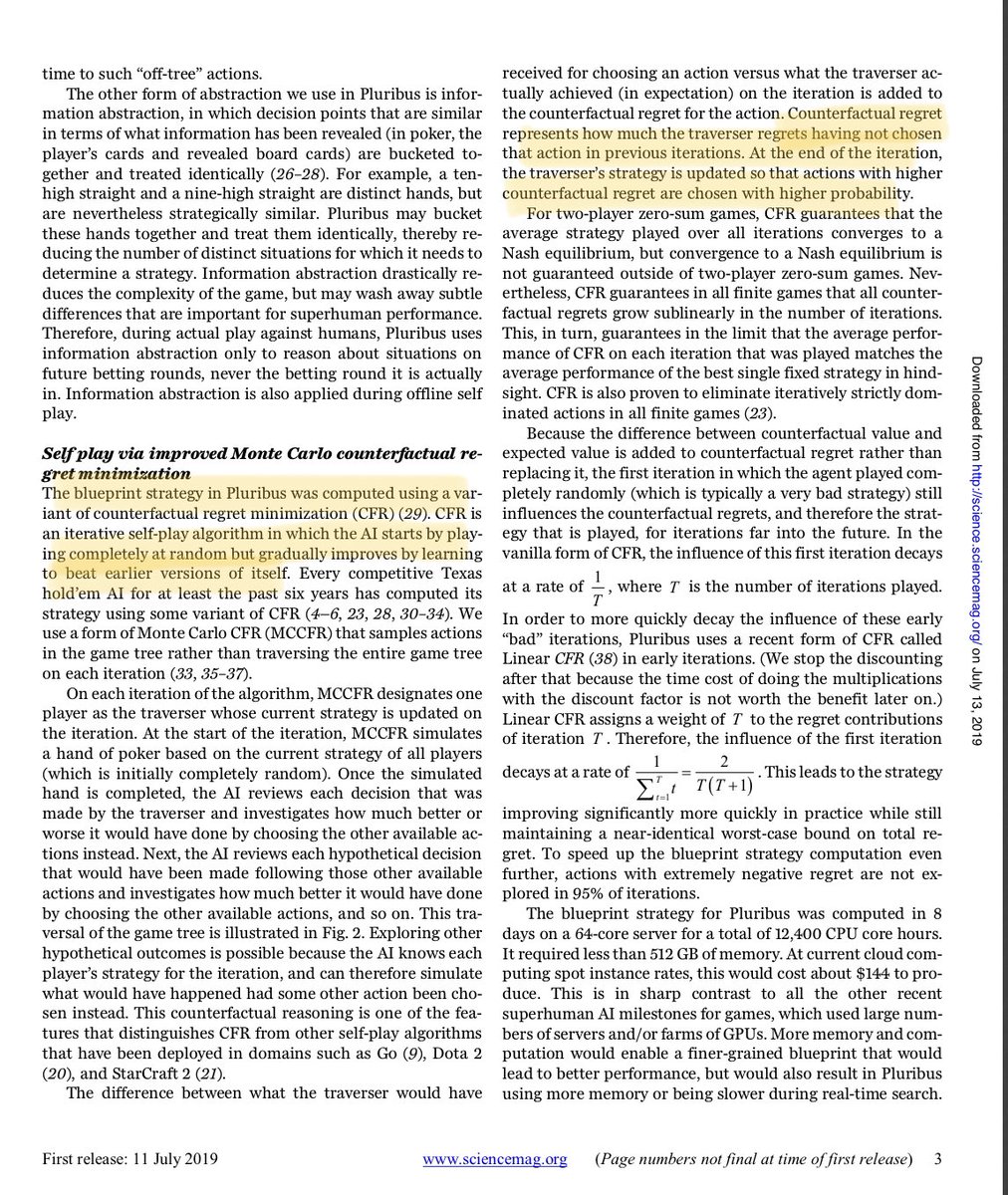