Breaking: Jeffrey Epstein has died by suicide per @ABC

2. To die by suicide in federal prison, particularly after he attempted it once before, is a massive scandal.

Survivors of Epstein’s predation have been robbed of their right to seek justice.

3. @ABC and other news organizations are using very dangerous language around the Epstein situation. Mental health experts particularly caution against saying “committed suicide” - instead one should say “died by suicide”

4. There are cameras everywhere in MCC where Epstein was locked up. It shouldn’t be hard to figure out how this happened.

5. I try to avoid sharing the way someone has died by suicide but in this case it’s important. Epstein died by hanging. Which really means this was entirely preventable. It’s not as if he slipped a pill in his mouth.

Imagine the courage it took to come forward again, only to have this happen

7. I suspect there will be several different investigations into how an entirely preventable suicide happened.

Rep @AOC is the first member of Congress to demand answers.

8. I look forward to reading all of the *very rational* theories on how this happened. 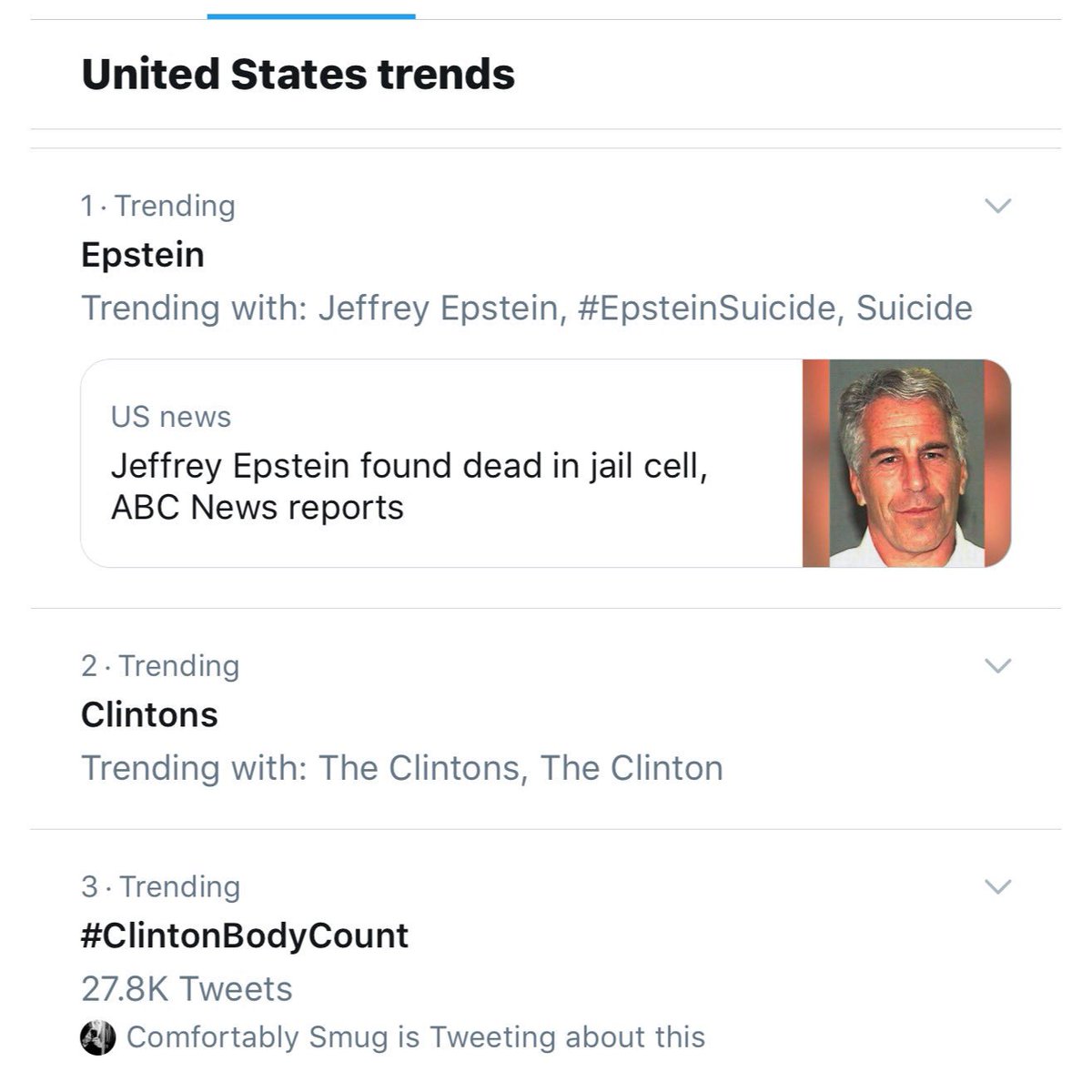 10. The people who care most about Epstein being dead are the people we don't know about.

11. A senior US Justice Department official tells me the FBI has launched an investigation into Jeffrey Epstein’s death

12. Statement from the Federal Bureau of Prisons on Jeffrey Epstein’s death 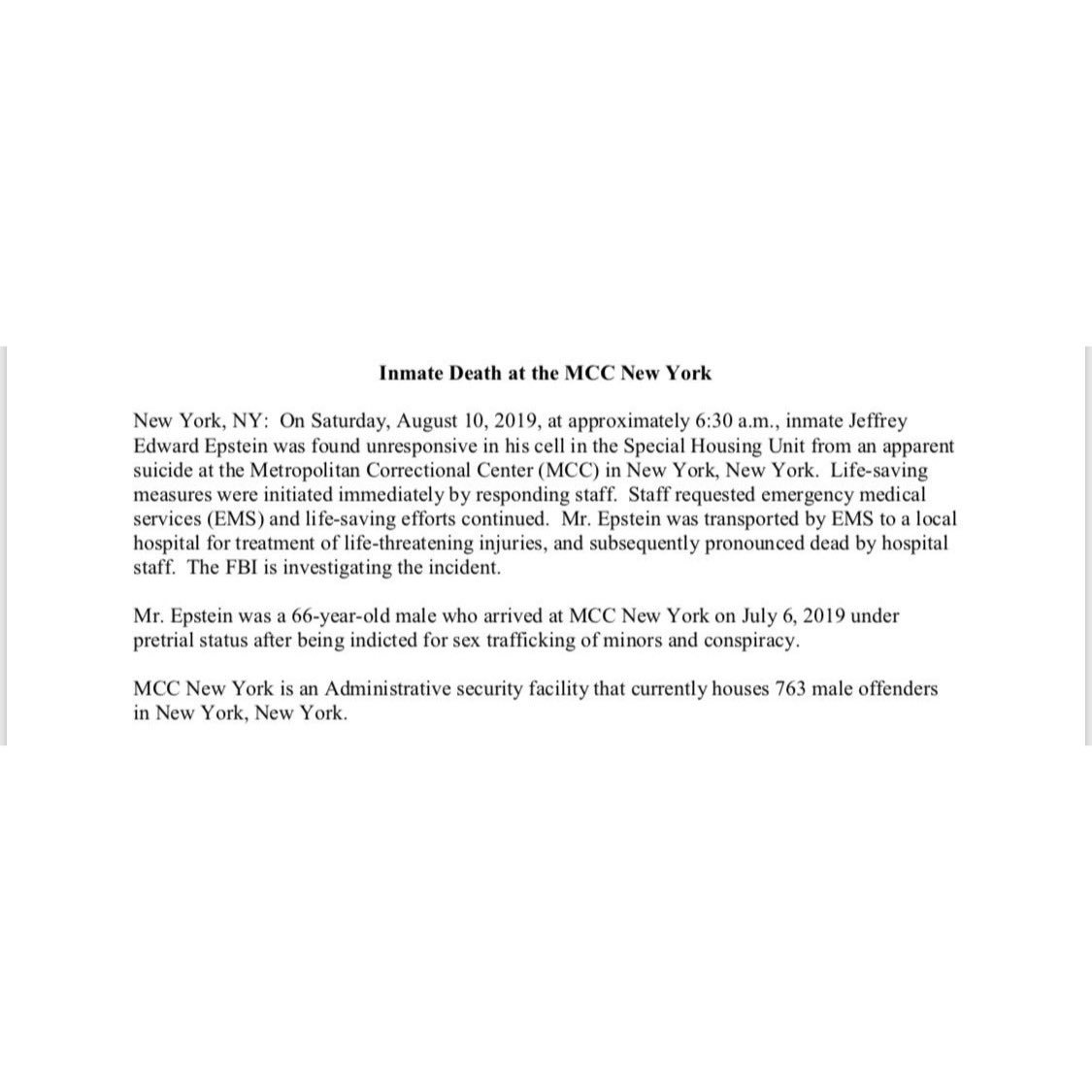 13. Jeffrey Epstein's wealth was often overstated but there's no doubt he was worth, at a minimum, hundreds of millions of dollars.

Goes without saying that we should expect to see a number of lawsuits filed against his estate/trust over the coming weeks.

14. Jennifer Araoz, who told @SavannahGuthrie that Jeffrey Epstein raped her when she was 15-years-old, has released a statement on his death.

“I am angry Jeffrey Epstein won’t have to face his survivors of his abuse in court.” 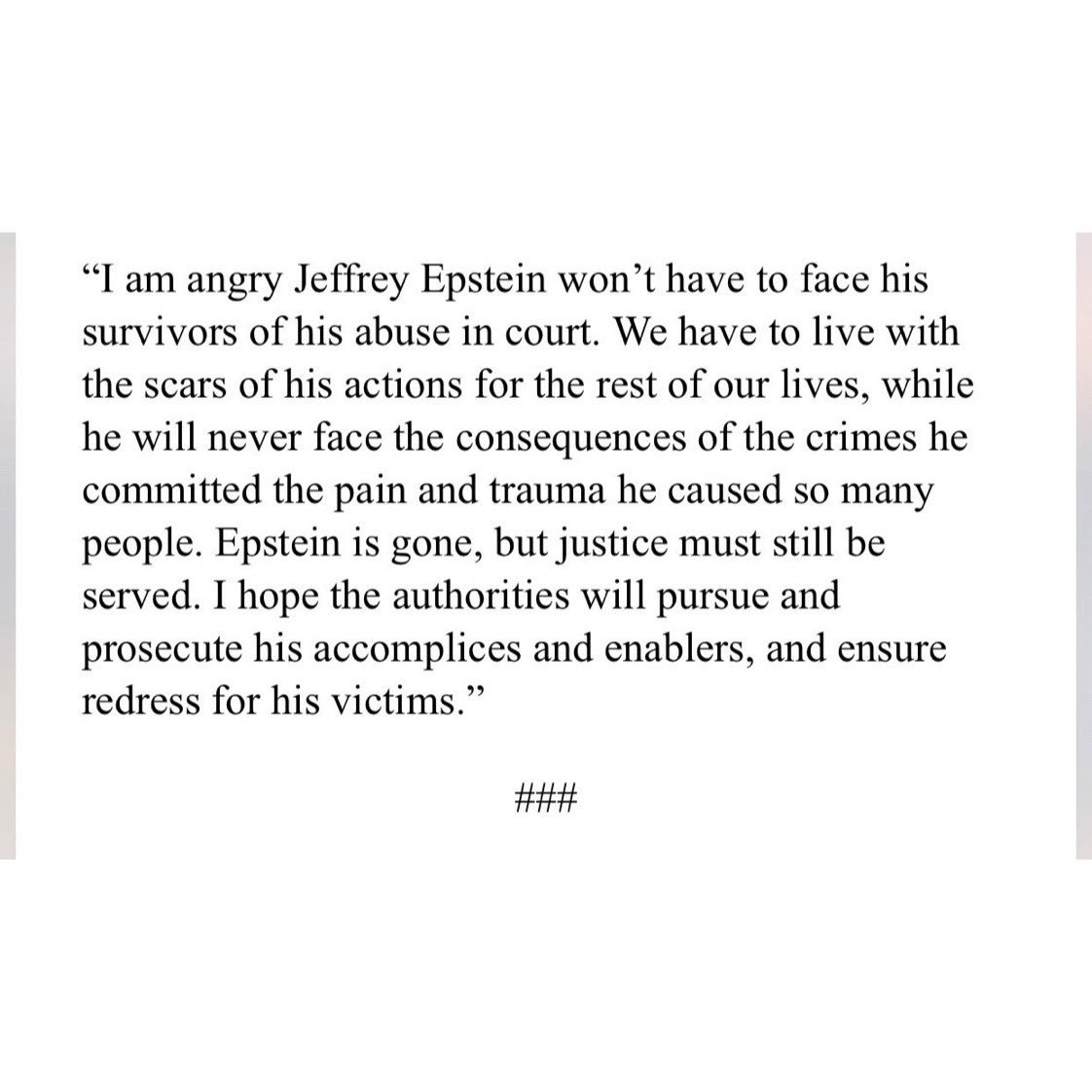 15. Next time someone asks why a woman took years to share her story of surviving sexual violence, point them to this case.

16. NEWS: In a statement, AG William Barr says that he was "appalled" to learn that Epstein died of an apparent suicide while in federal custody. 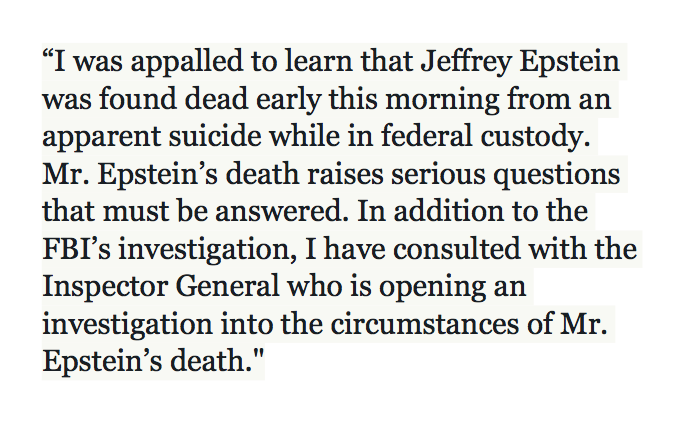 17. From the Associated Press

“To those brave young women who have already come forward and to the many others who have yet to do so, let me reiterate that we remain committed to standing for you, and our investigation of the conduct charged in the Indictment remains ongoing.” 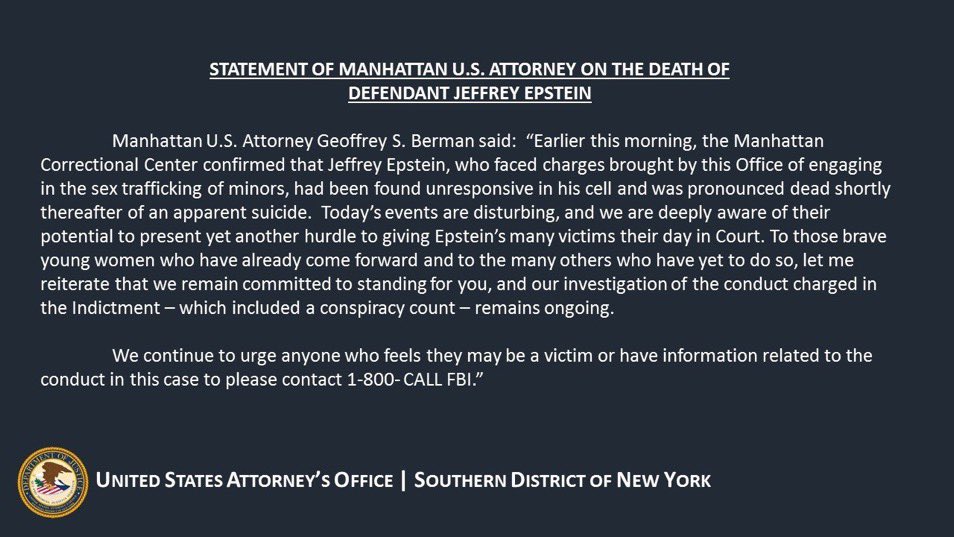