LOTS and LOTS of "dirty" money.

Rockefeller
Carnegie
Vanderbilt
Ford
JP Morgan
Astor
Duke
Frick
Mellon
Hearst
Stanford —(have your read his speeches against Asians as inferior race to be deterred away?!)

Stanford: huge racist against Asians. Basically an articulate Trump.
He'd cringe to know over 20% of his namesake school are brilliant Asian heritage
If he alive today saying what he said he'd be shamed into oblivion.
Should "Stanford" name really remain? 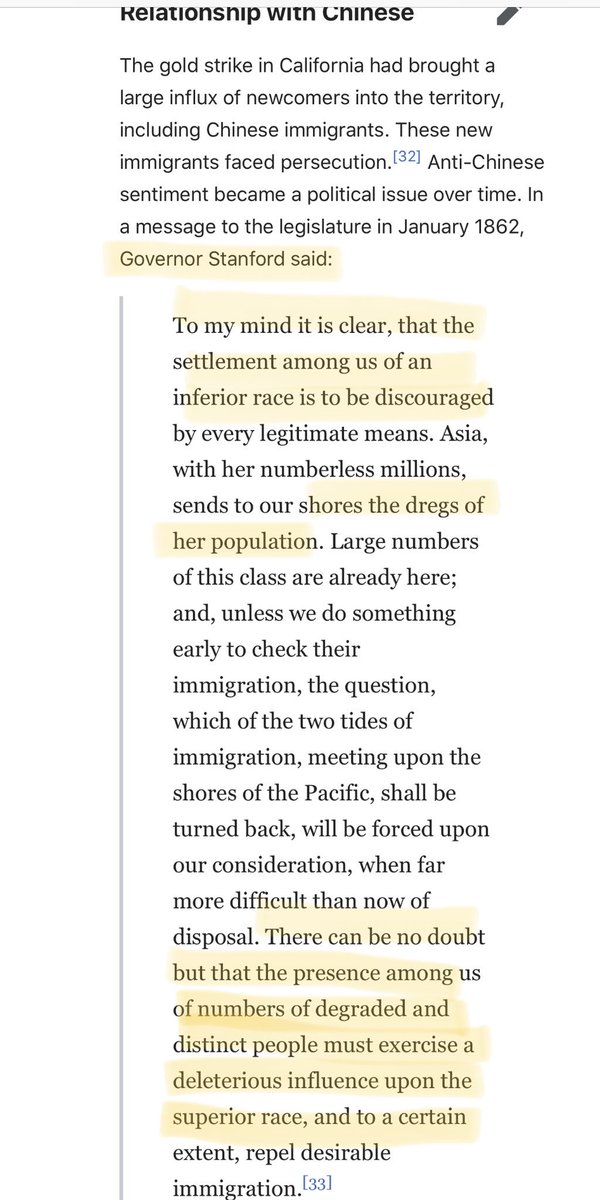 btw the inspiration for the original tweet at start came from memory of comedian Bill Hicks observation...
the upside good of the morally bad (or perceived bad)
https://m.youtube.com/watch?v=n4krjE679dM …