The White House says the president nor any senior administration official was aware in advance that the president’s eldest son was going to tweet out the name of the alleged whistleblower.

I’ve also asked if they approve of his decision to do so.

2. “The outrage on this is BS. And those pretending that I would coordinate with The White House to send out a Breitbart link haven’t been watching my feed for a long time," Don Jr tells me via text-message in response to questions about his tweet. 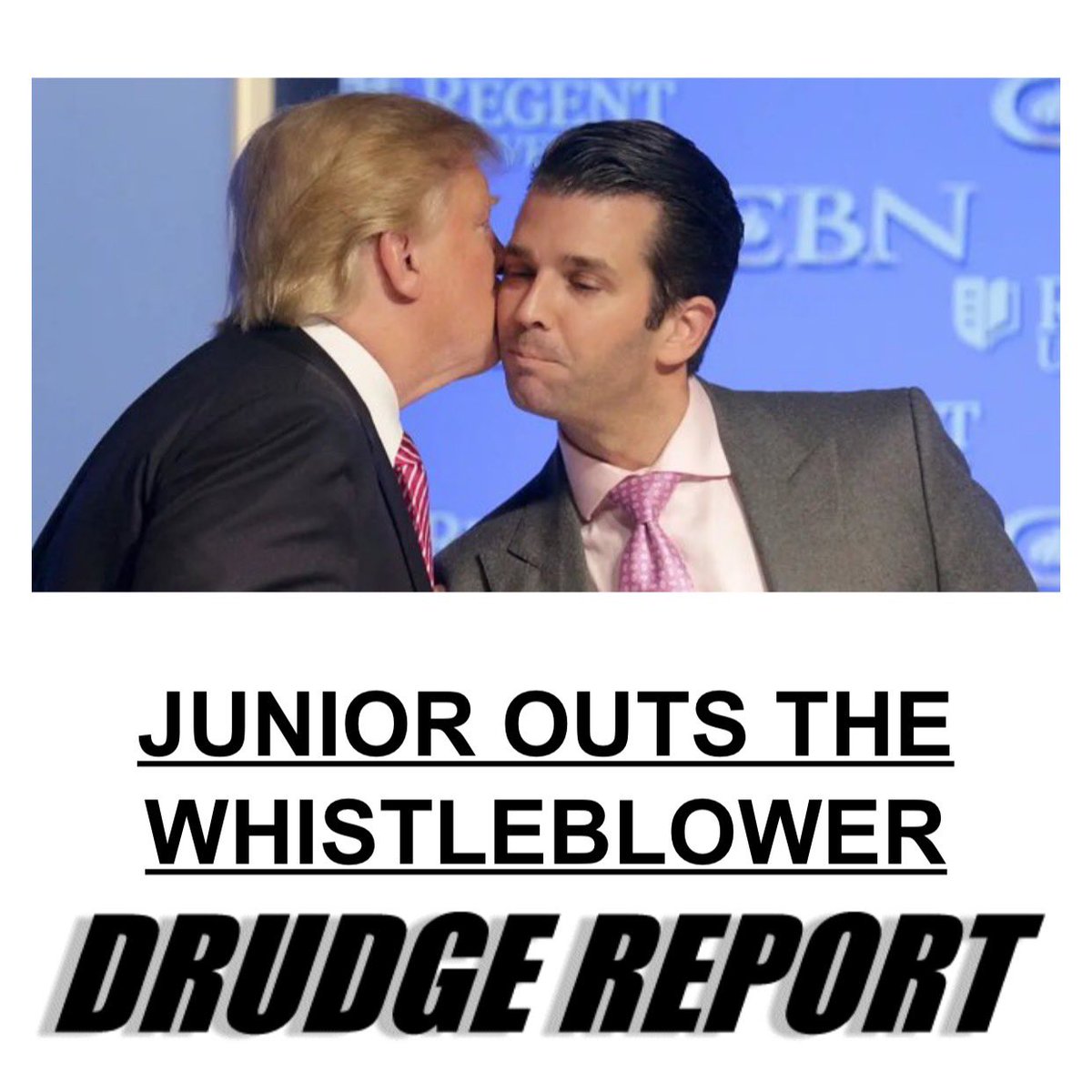 4. Don Jr adds to what he told me re his tweet

5. Drudge has been tougher on Trump world lately (see this thread)

Ryan, who is one of the most pro-Trump conservative writers, points out Drudge linked to a story about the whistleblower's identity last week