1. Can't talk about why I was gone yet (work-related!)

But on the way home, I made a stop in Kenya to see my (our) angels

Follow along this thread with updated videos/photos and please consider supporting @SheldrickTrust! 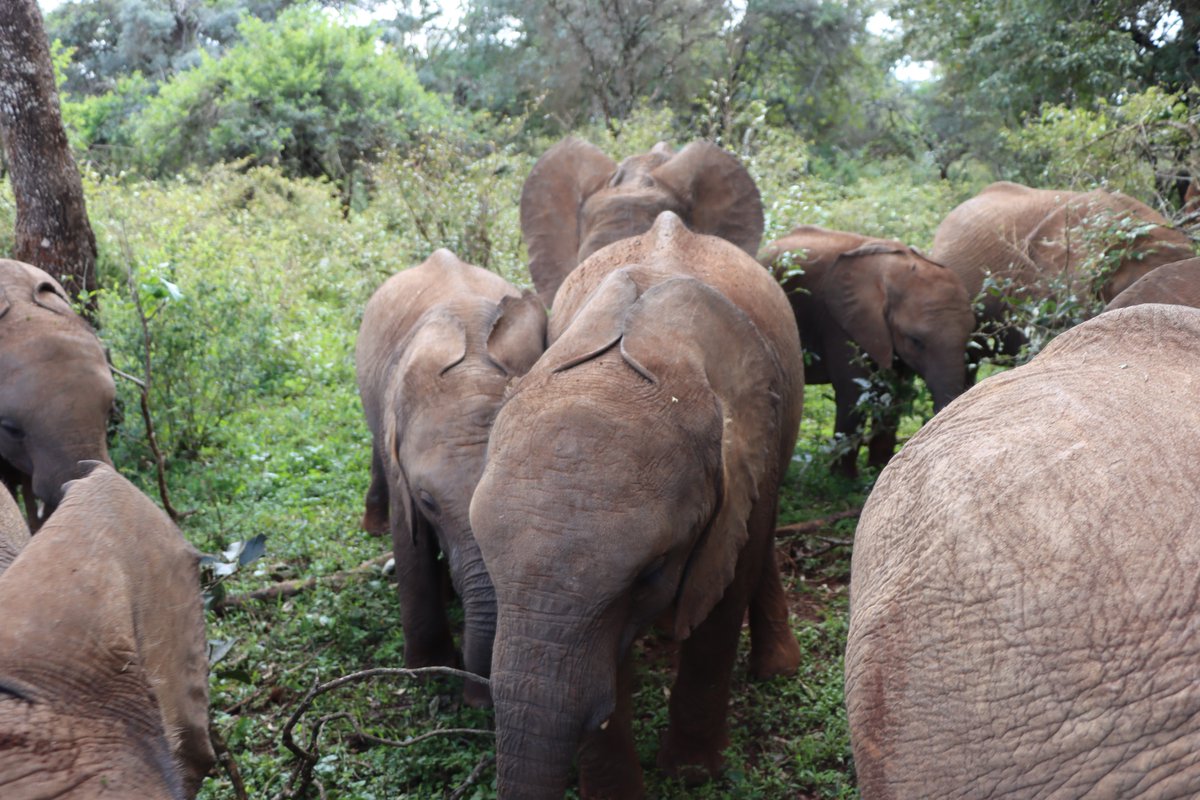 2. At the @SheldrickTrust stockades in Tsavo East National Park...sneaky boy Murit tries to get an extra milk bottle (notice his trunk)!

Pika Pika -- who was just rescued -- slides in to try and charm her way into another bottle as well!

3. At the @SheldrickTrust nursery in Nairobi National Park, Kiasa, who is the resident rascal, has been caught by a keeper trying to sneak off without permission

The keepers are always gentle with the orphans

4. Over at the @SheldrickTrust stockades in Tsavo West, Loijuk, a former orphan who has reintegrated into the wild, has brought her first born, Lili, to see the keepers

5. The 🐘 equivalent of picking up your friends to go out

After having their bottles at 5PM, Zongoloni picks up the boys Ziwa, Faraja, & Ngasha to spend the night in the bush w/o keepers

This is their choice & part of reintegration process

There are current orphans & ex-orphans

Benjamin, the head keeper at the @SheldrickTrust Ithumba unit, oversaw the raising of each one of those 🐘 (& many more)

He's very proud of them.

Foster an orphan as a holiday gift:  http://bit.ly/2ETkWDz 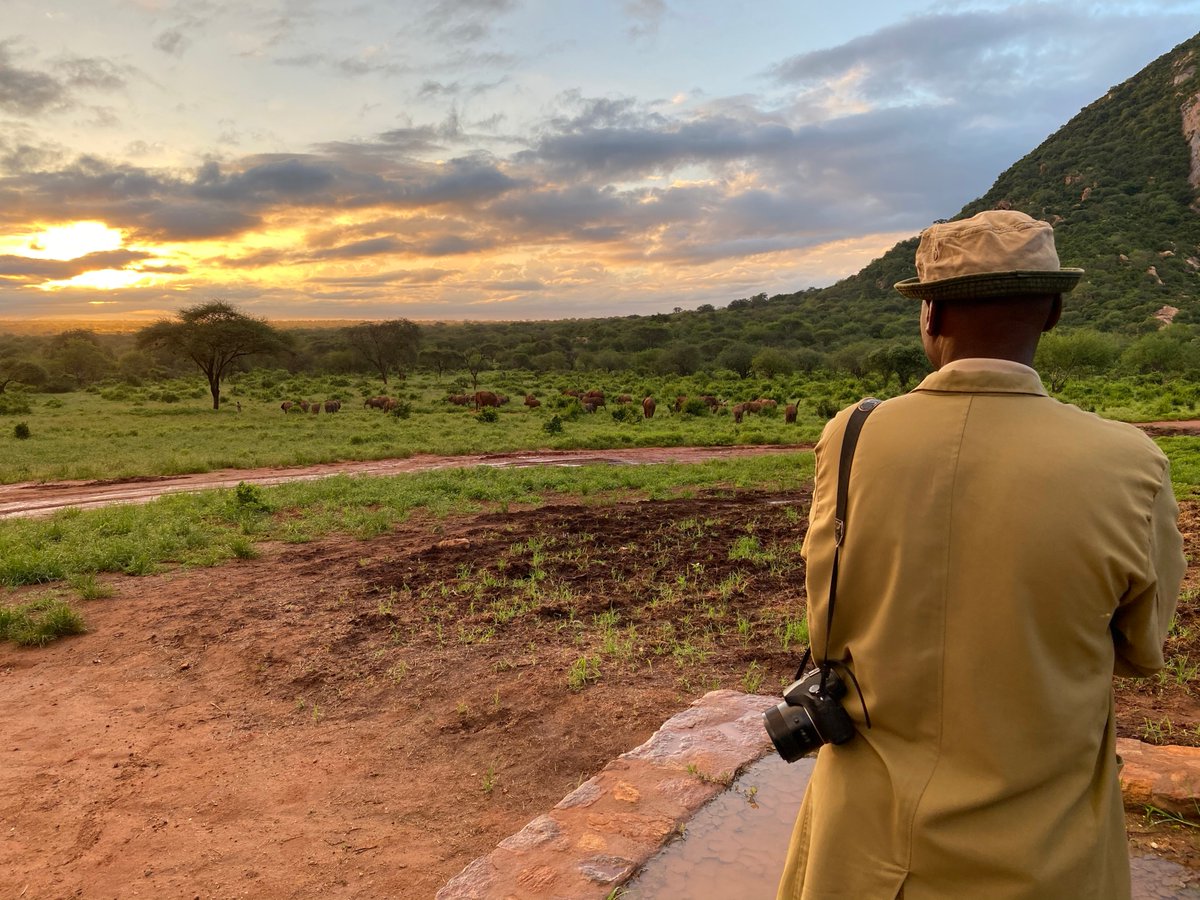 7. 🐘 learn to become moms by babysitting babies in their herds

The big 🐘 you see panicking is an ex-orphan named Makena

Makena was put in charge of babysitting Lili. She's upset because she thought she had lost Lili.

You can hear her former keeper say "the baby has gone"

8. For those of you worrying about baby Lili & Makena, watch the footage, she caught up with her!

Makena got distracted & didn't keep up with her babysitting duties!

9. That big 14-year-old girl (weighing thousands of pounds) in tweet #7 who is panicked over losing the baby she was babysitting...here she is when she first arrived at the nursery when she was just a few months old! 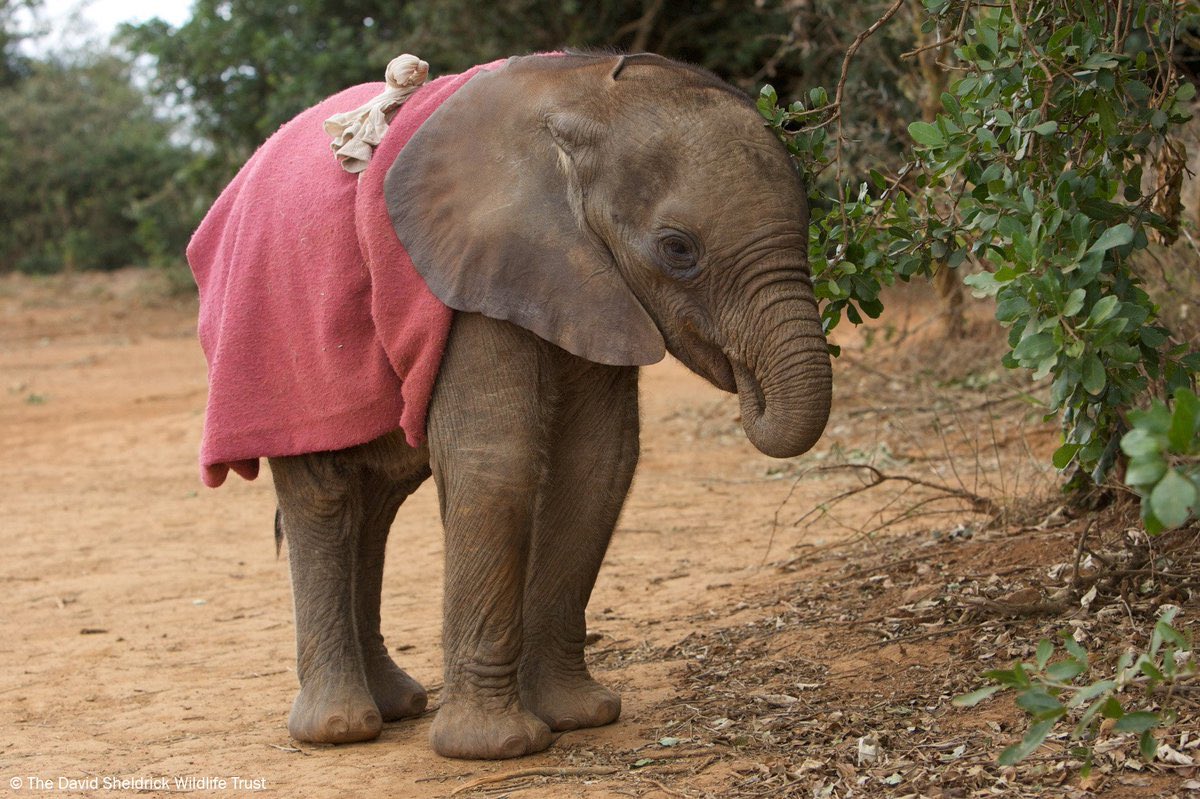 10. Everything you see here, plus another 250,000 acres, home to millions of animals, is protected from human settlement & the lumber industry, thanks to orgs like @SheldrickTrust

This land is where your beloved orphans will live eventually

11. Luggard has every reason to despise human beings...but he couldn't be any sweeter

He is 4 now, but when he was just a few months old, he lost his mother & was shot twice

That's why he walks w/ a limp today at @SheldrickTrust orphanage

12. Little Roho was rescued just two months ago by @SheldrickTrust after his mom likely died at the hand's of poachers

Since he is so young and still dealing with the trauma from losing his mom, Roho likes to cozy up with the older girls

13. Even if Roho didn't cozy up with the older girls, they would want to be close to him

And keep in mind these older girls are still toddlers themselves! 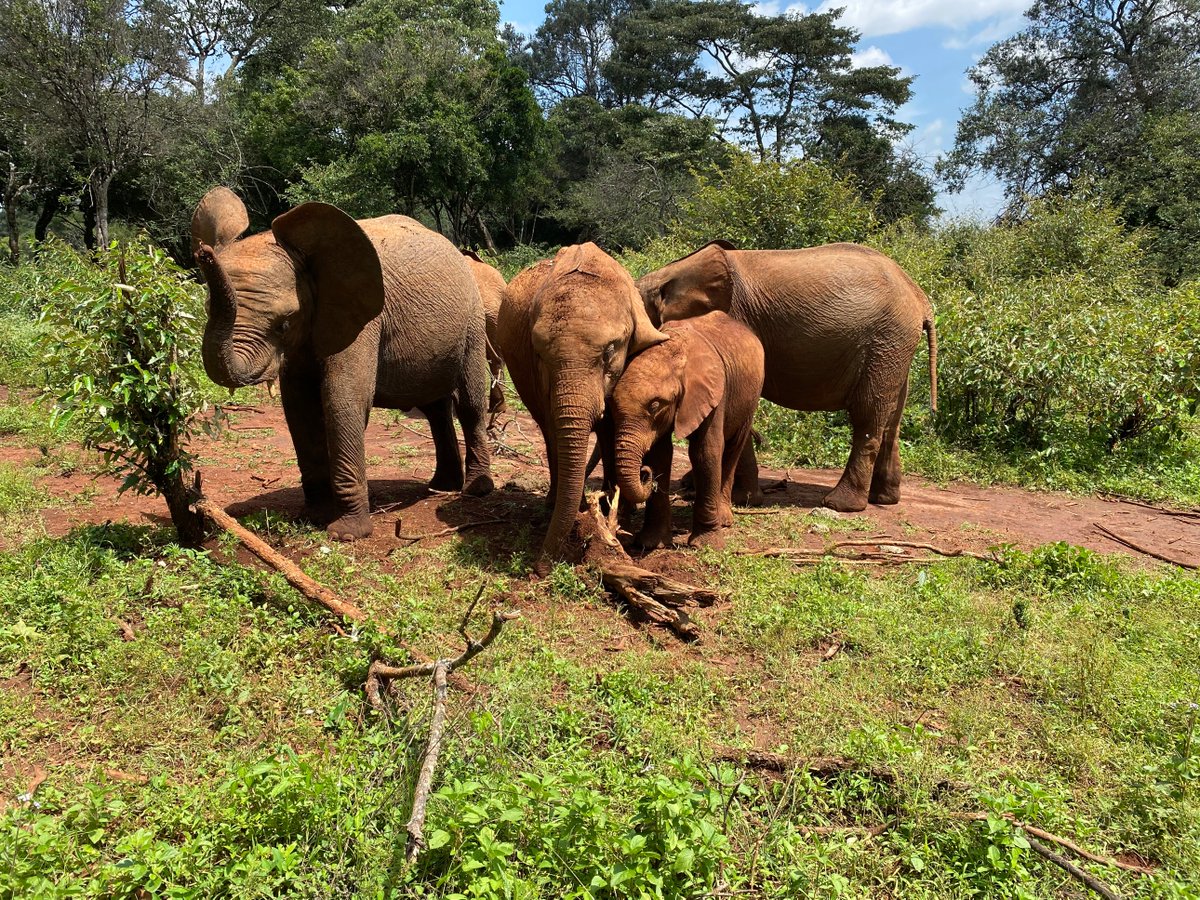 14. Normally, Kiasa is the nursery rascal...constantly stirring up drama and causing chaos

Kiasa can be found giving Roho trunk hugs and standing next to him should he need anything!

15. Faraja is 7-years-old, weighs thousands of pounds, & has already started the reintegration process by spending nights out in the wild away from the @SheldrickTrust Umani Springs orphanage

Outside, the most adorable sight.

17. Tsavo National Park has never been this green.

The @SheldrickTrust orphans and ex-orphans are in heaven as they have so many greens to pick from as they browse first thing in the morning.

Support their future by adopting an elephant orphan(s):

18. The @SheldrickTrust Umani Springs unit is where the compromised/disabled orphans go to start their reintegration process into the wild

19. The Umani Springs unit is a gentler environment for these @SheldrickTrust orphans who have been through so much at a young age

The orphans here are quite special. They understand the pain of their fellow orphans and support each other

20. When Muerera was 2 she lost her mom and stepped on poisoned spikes left by poachers. The spikes left her in a great deal of pain and she barely survived

Today, at 10, she walks with a limp and is the matriarch of the Umani Springs orphans

21. Some of the elephant orphans of the @SheldrickTrust at the Voi Stockades in Kenya’s Tsavo National Park.

Adopt one (or more) orphans today, just $50 a year and you get detailed monthly updates on your orphan:  http://bit.ly/2ETkWDz