1/Trump's immigration lockdown is stupid and bad, but it's only one part of a broader trend.

In today's post, I explain why America is now in an Immigration Pause.

2/The first reason we are in the Immigration Pause world is that the Great Mexican Wave stopped and went into reverse a decade ago. 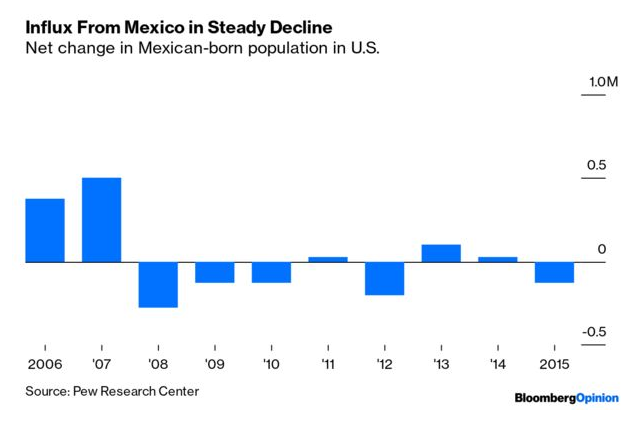 3/The Mexican Wave ended for a variety of reasons, including;
1. Lower fertility and a better economy in Mexico
2. Tougher immigration enforcement and a border fence in the U.S.

We don't know how much these factors mattered, only that they definitely ended the Mexican Wave. 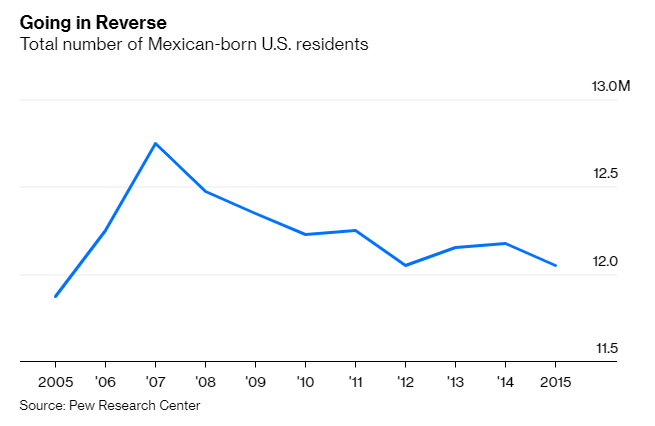 4/The Mexican Wave was mostly uneducated (so-called "low-skilled") labor. When that wave ended in 2007, the bottom fell out of U.S. low-skilled immigration.

5/With low-skilled immigration drying up, most of what was left was "high-skilled" (educated) immigration. 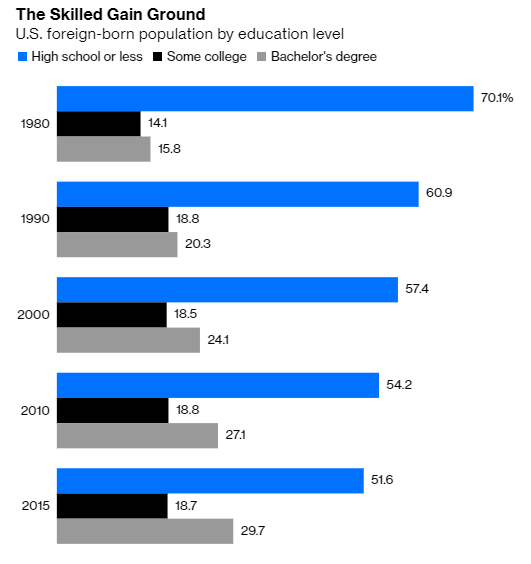 6/The bulk of the immigration in the 2010s was educated legal immigration, chiefly from Asia.

7/On top of that educated legal mostly-Asian immigration, we still got a trickle of asylum seekers from Central America - the "caravans" you've heard so much about.

It was a much smaller phenomenon than Trump and the media made it out to be.

8/Trump stopped the Central American asylum wave in its tracks, with changes to our asylum policies.

9/But policy-wise, Trump's main attack was against educated legal immigration. The first way he did this was with administrative harassment -- simply making it a much bigger hassle to legally immigrate to America.

10/Similarly, Trump's current immigration lockdown is mainly an attack on skilled legal immigration. It doesn't affect visas, only permanent residency applications. And it exempts many kinds of low-skilled workers.

11/The third way that Trump is deterring skilled legal immigration is with his rhetoric. Since educated Indians and Chinese people have more outside options than Central American refugees, Trump's xenophobia is more likely to scare the former away.

12/I should mention that Trump's rhetoric is probably not the only rhetoric making America seem like a less attractive place to immigrate to. For the past several years, liberals have depicted America as a fundamentally racist nation. Not the kind of place one wants to move to!

13/Trumpian harassment, xenophobic rhetoric, and the culture wars had already caused immigration to drop by around 3/4, even before coronavirus struck.

14/But getting rid of Trump will not necessarily restore immigration to its 2010s levels.

Prospective immigrants will know that there is a contingent of Americans -- small, but dangerous -- that really really really doesn't want them.

15/And even after coronavirus is gone, the economic depression that follows will be severe and protracted.

America won't be a Land of Opportunity again for a while.

16/So there are three LONG-TERM factors driving the Immigration Pause:

1. The permanent end of the Mexican Wave

2. The knowledge of persistent xenophobia among a loud and dangerous minority of Americans

17/None of these factors will be reversed by a Biden victory, or a coronavirus vaccine.

All of these factors are either permanent, or will last a decade or more.

We are in the Immigration Pause.

18/Will we get out of the Immigration Pause one day? Yes, probably. If the nation survives. The ideal of America as the Nation of Immigrants, and the need for skilled young workers and taxpayers, will not go away. Not in 10 years, not in 40 years.

A new phase in American history has sadly begun.