These "I forced a bot to watch X" posts are almost certainly 100% human-written with no bot involved. Here's how you can tell. 1/12

First of all, neural nets learn by example. If you show it 1,000 hours of video (assuming 120,000 unique 30-sec Olive Garden commercials exist), you’ll get video out, not a script with stage directions. 2/12

Notice that this script has the same main characters and scenario the entire way through. An actual neural net’s story will tend to meander dreamlike because it forgets what it was doing. 3/12

Here’s a recipe written by an actual neural net that examined 30,000 recipes. It gets the overall structure okay, but by the time it reaches the directions it has forgotten the ingredients list.  http://aiweirdness.com/post/159022733587/three-bad-recipes-generated-by-neural-network … 4/12 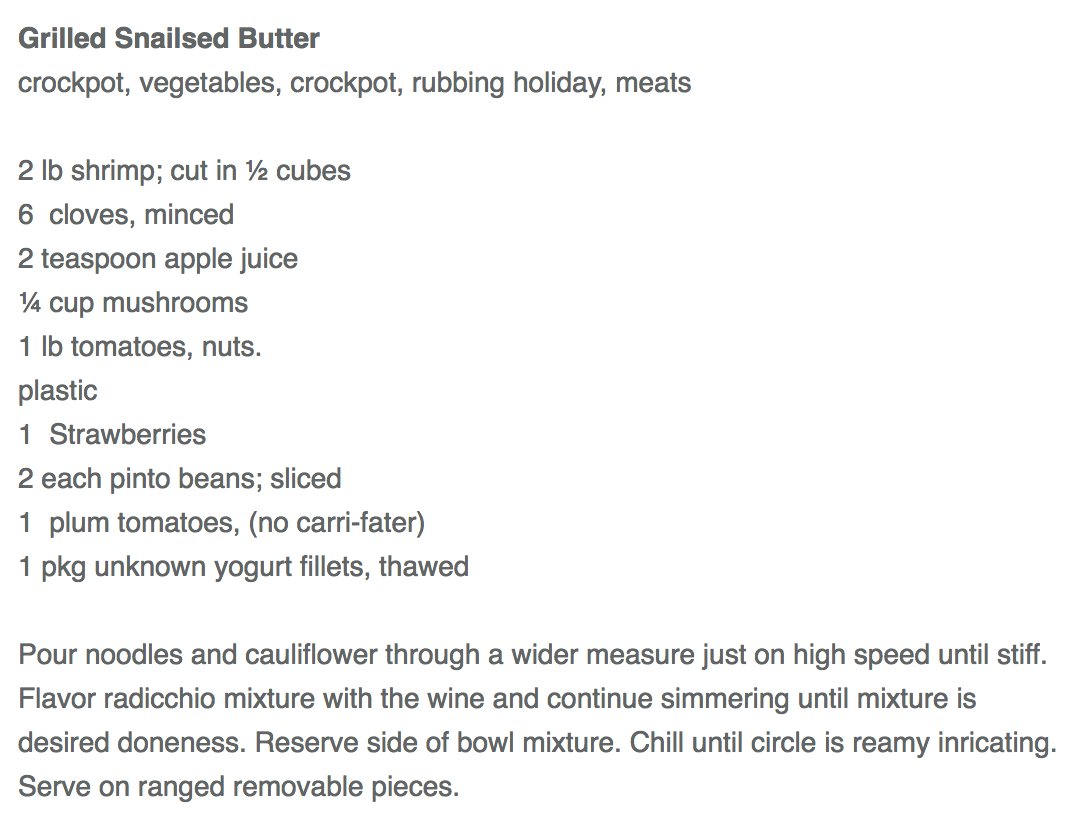 Neural nets also have trouble contructing complex sentences, unless its data contains lots of examples of that particular type. 5/12

It’s not *impossible* to train a neural net that can keep track of characters in a story, and write generally good grammar. But it would be clunkier than this, and you’d get major kudos for managing it at all. 7/12

Also not to be confused with @botnikstudios who train predictive keyboards, which a human uses to write scripts. That’s how they get complete sentences and coherent plots like this one. 8/12

They’ve published their keyboards; anyone can use them or train their own. For scripts they usually have separate keyboards for dialog and stage directions, and a human decides when to switch between them.  http://botnik.org/apps/  9/12 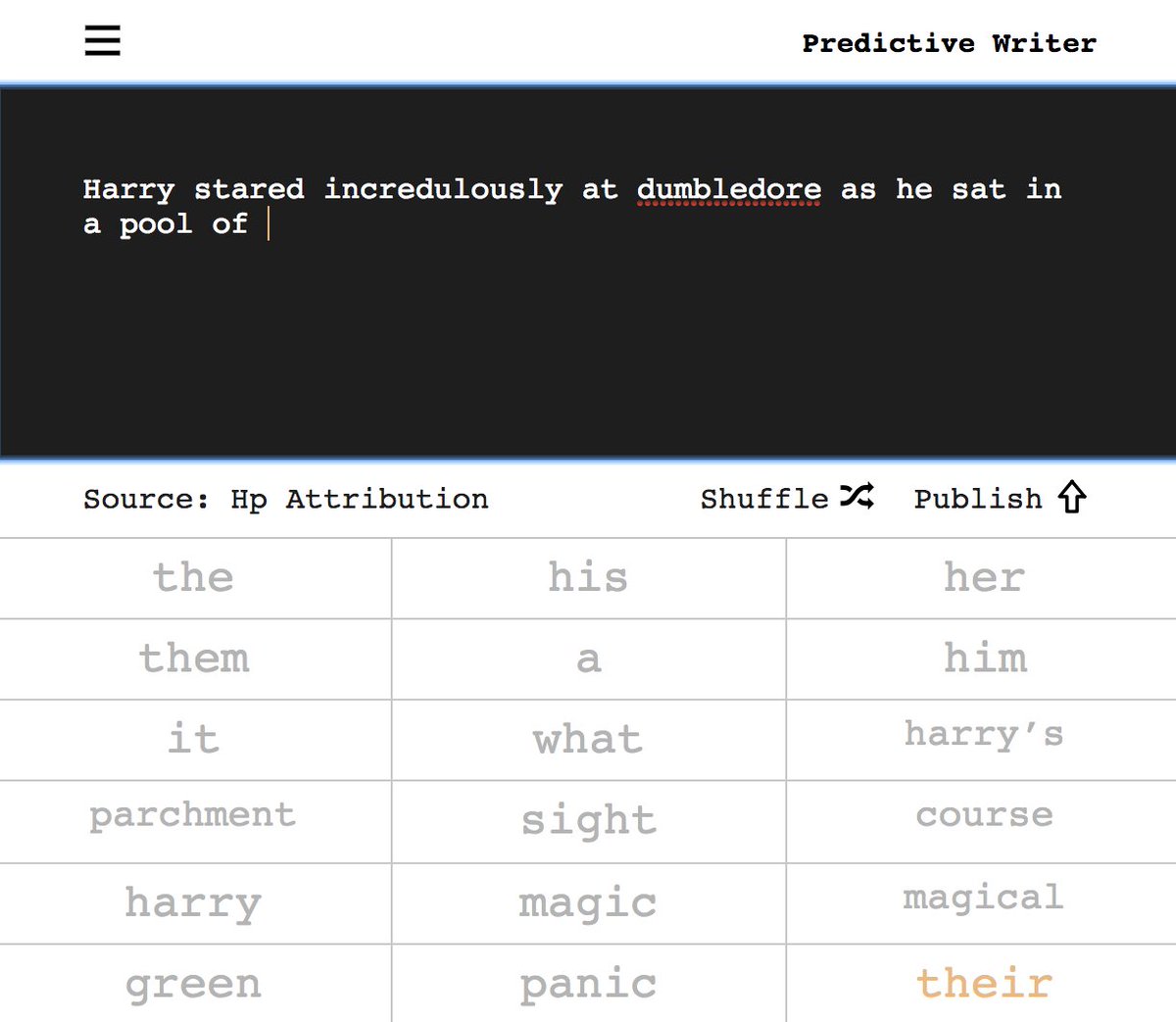 The “I forced a bot” script isn’t even a predictive keyboard. Pretty sure “nachos” didn’t appear in its “training data”. 10/12

Even when I publish lists of neural net-generated words, there’s human involvement: I’m sorting through the output to pick the most interesting names.  http://aiweirdness.com/post/166814009412/a-neural-network-designs-halloween-costumes … 11/12

But the bit about "unlimited stick" is pretty darn funny. 13/12.

Addendum: It's less than a year later and algorithms like @OpenAI's GPT-2 now CAN write coherent sentences and keep track of characters. What does this mean for the thread above? A.1/5

The part about training data is still true. The AI can only copy what it’s seen. To write scripts, it has to see scripts of that sort, not raw video. A.2/5

It also seems to hold true that if someone claims to use AI for creative work but has no technical details anywhere, it’s unlikely they’re actually using AI. A.3/5

As of now, if AI-generated text is coherent over many sentences, it’s either been heavily edited, or it’s from an algorithm that’s been trained by someone with $10k+ of computing budget. A.4/5

Plenty of writers and comedians use real AI in their work, and it takes real skill and creativity to get something worth reading out of even a sophisticated AI. By itself, AI has terrible taste. So far. A.5/5