A LOT going on in FX world... $JPY looks like it might be the next show to drop and no one has a position. The RMB move is a catalyst. 1/ 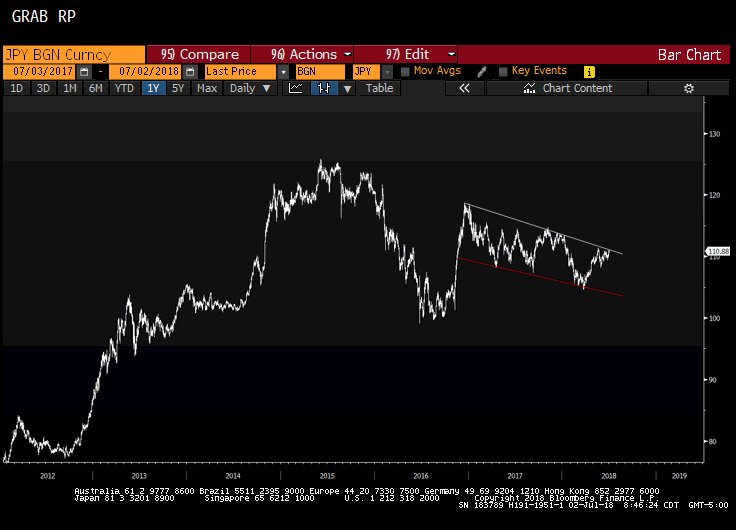 This is the longer term chart, which I think will become crucial over the next few years. 2/ 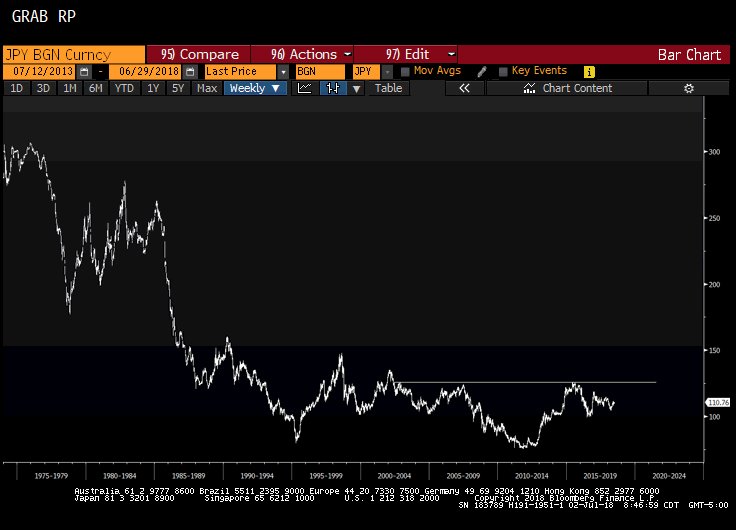 Japan can not allow for the Yen to be uncompetitive while the rest of the Asian currencies get smoked... there is a HUGE top forming in the ADXY. 3/ 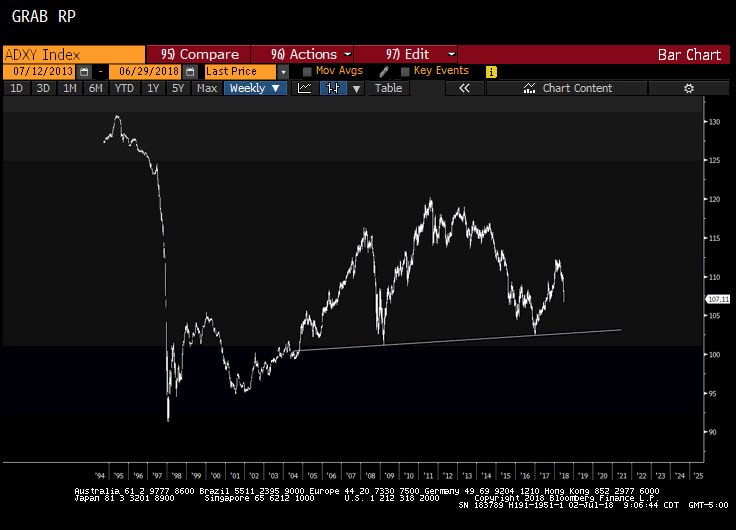 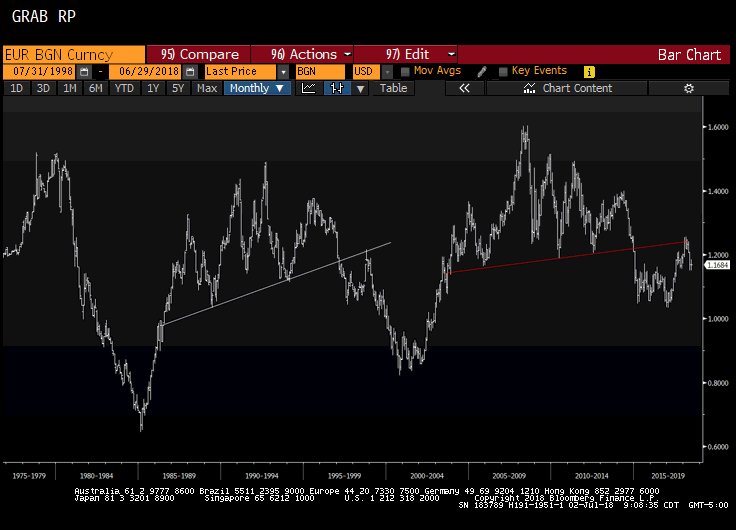 This is knocking on to Emerging Market Bonds $EMB which has a GMI crash pattern formation.... 5/ 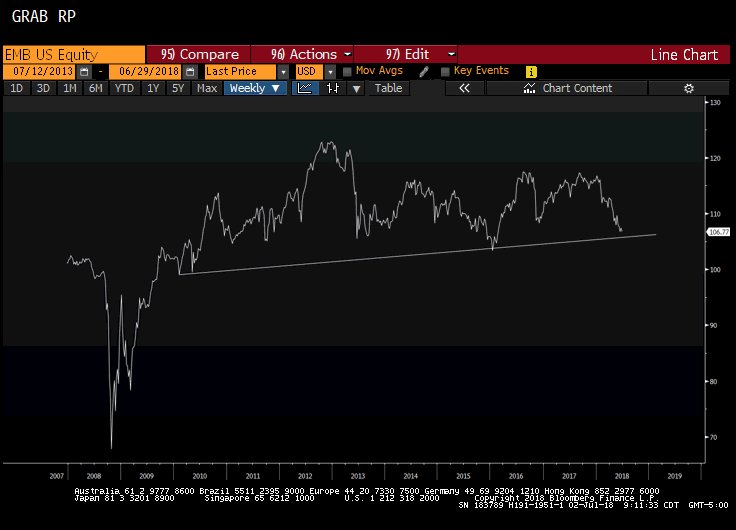 And also to Junk Bonds, which have broken key supports... $JNK 6/ 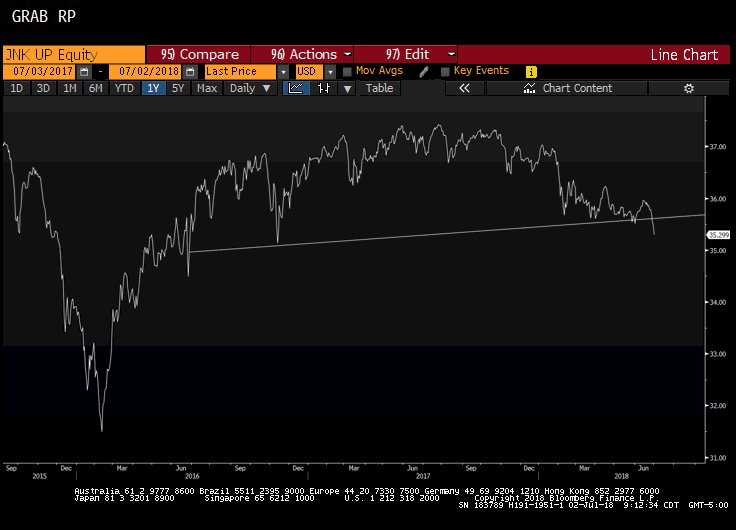 Which adds to my fears about the effects on EU banks too...7/ 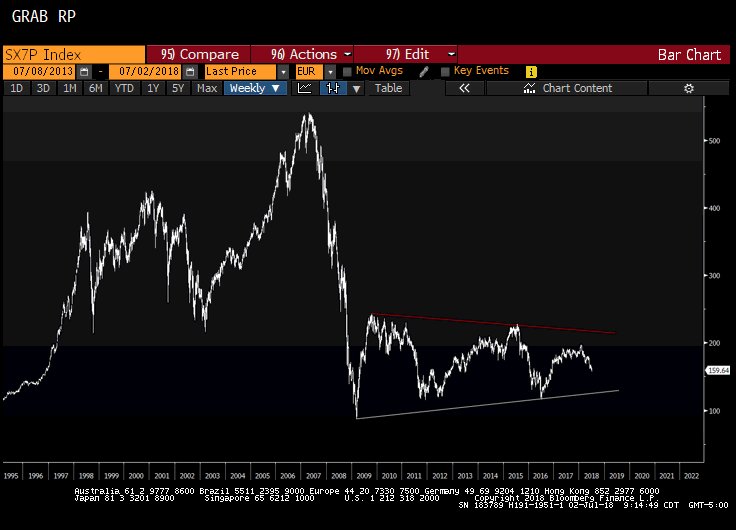 Its a very macro world out there. I have been writing about all of this for sometime in Global Macro Investor and Macro Insiders - something feels very "wrong". 8/