Looking at satellite pictures of fields in France taken in the summer, you'll notice bright patterns that seem coherent across multiple fields. What *are* these things? Too structured to be natural rock occurrences, too decorrelated from current land use to be created by tractors 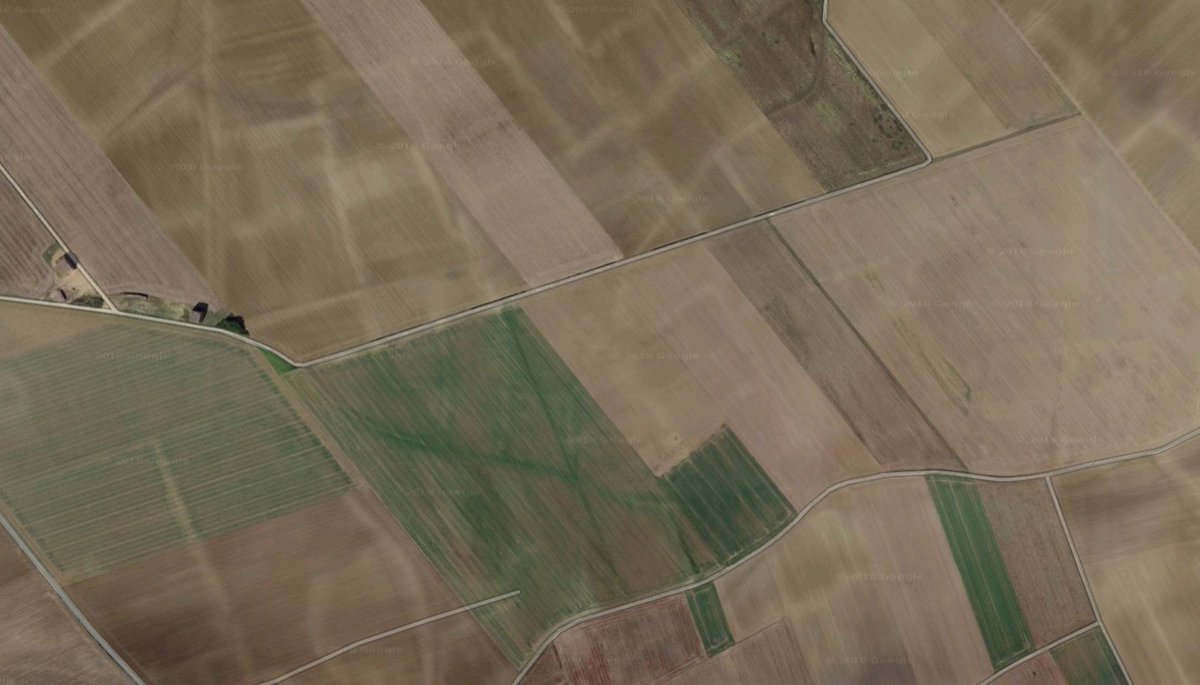 My hunch was that they had to be ancient paths -- rocks and sand remaining in the soil would affect current crops. I tried superimposing the Napoleonic cadastre (1812 land registry), and this appears correct: the bright lines match old paths and ancient field boundaries.

I'd say the Napoleonic cadastre can explain ~70% of these bright lines. Unexplained ones could be even older paths, or possibly newer ones... Unless you have another idea.

In some rare cases, they could be the buried foundations of ancient buildings, but these have typical signatures

Another cool thing about the Napoleonic cadastre is that it enables you to locate places whose names are mentioned in 19th century texts, that are not recorded in any 20th century map, and that have long been forgotten by the locals

The topographic quality and the amount of detail are truly remarkable