Eric Garland+ Your Authors @ericgarland Intelligence analyst and advisor to CEOs and governments. I break down global events into clear narratives and appropriate profanity. Sep. 09, 2018 3 min read + Your Authors

You want to talk Sen. Susan Collins' vote on #Kavanaugh? Let's talk about her husband, lobbyist Thomas Daffron. And a whole bunch of Russia connections. You need to hear this, because the media is going to yell about abortion to cover this up. 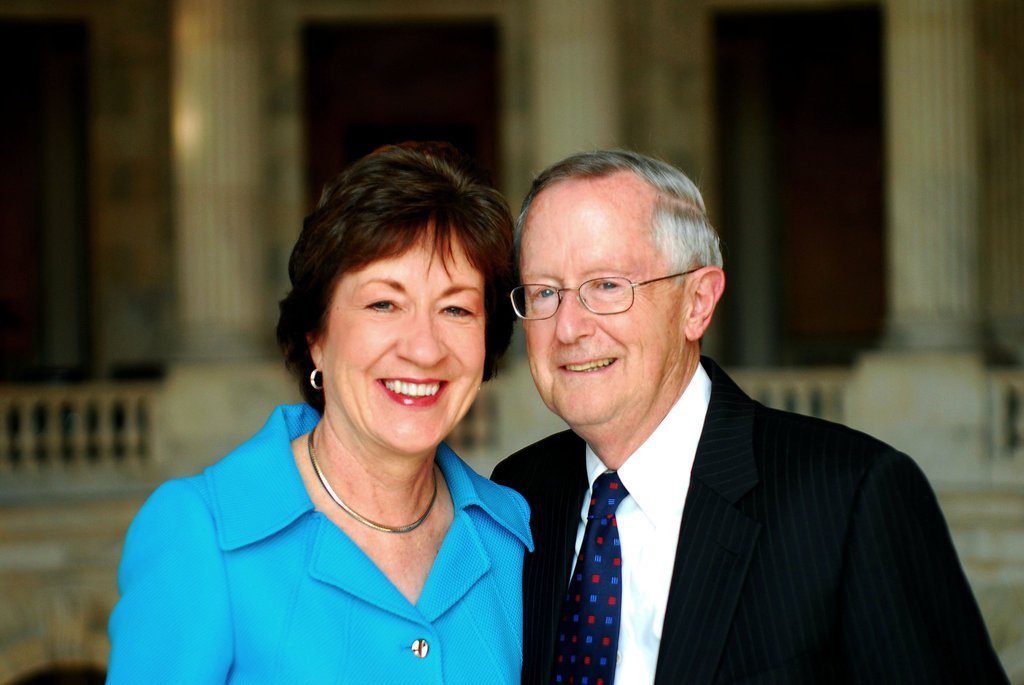 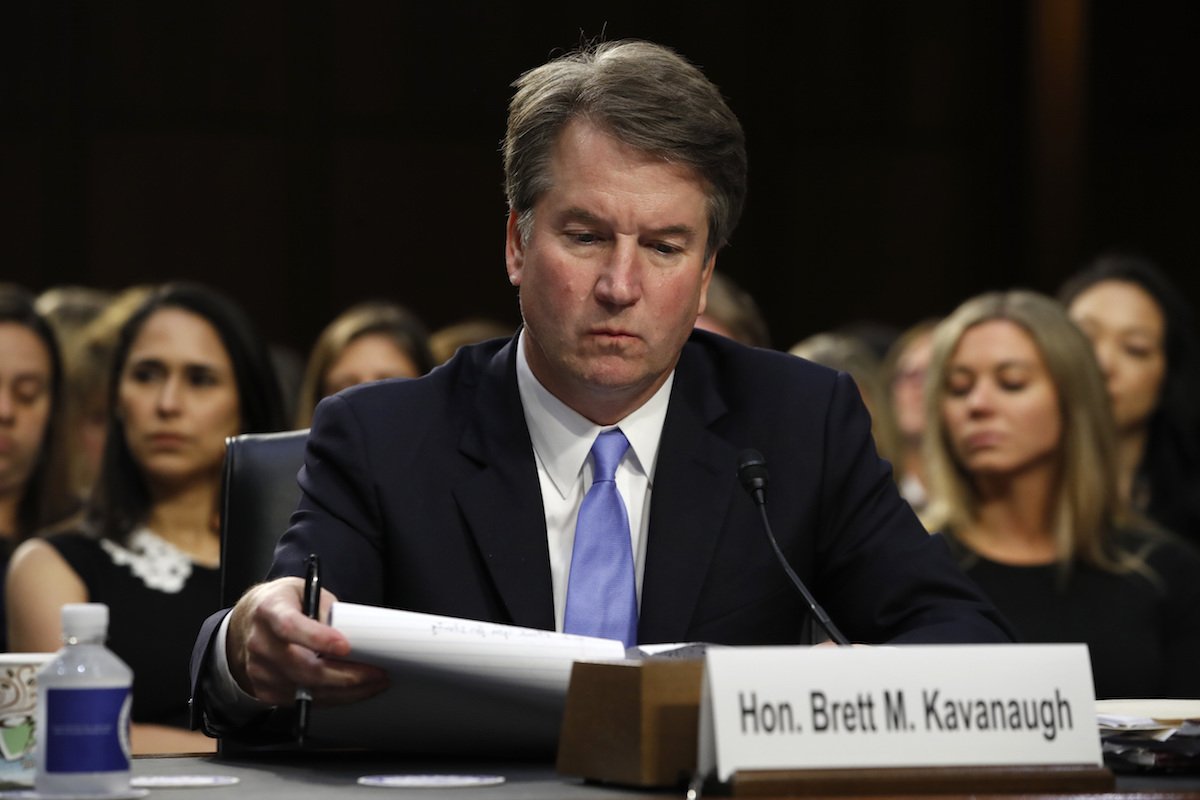 In 2012, Sen. Collins married Thomas Daffron of Jefferson Consulting Group, a lobbying firm. Dig into his work and you'll find connections to Russia, offshore banking and more in a jiffy.  https://www.nytimes.com/2012/08/12/fashion/weddings/susan-collins-thomas-daffron-weddings.html …

From 1994-1998, Daffron was chief of staff for Sen. Fred Thompson of Tennessee. He took over from Al Gore, who you may remember I pointed out took millions from Russia-connected money launderers Qatar. (@RoyBlunt, follow along if you'd like.) 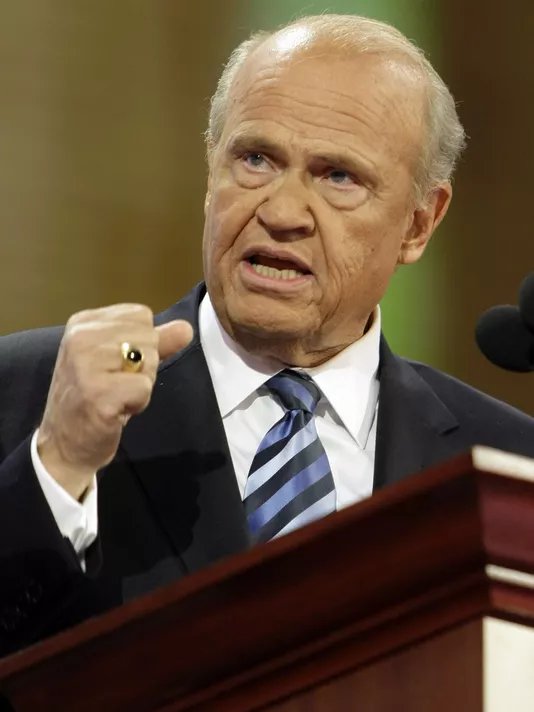 Sen Collins reportedly thought Thompson was a swell guy. Fred was a lobbyist for Haiti's Jean-Bertrand Aristide, lobbied against asbestos claims against insurance companies. Oh, and his spokesman was Mark Corallo, who now works for Trump.  https://www.politico.com/story/2017/06/18/mark-corallo-trump-crisis-management-239671 …

Thompson was also mixed up in Watergate and the Savings and Loan scandal, but we have to focus.

Daffron, his chief of staff, leaves his office and starts "Jefferson Consulting Group." And such an INTERESTING LIST OF CLIENTS. 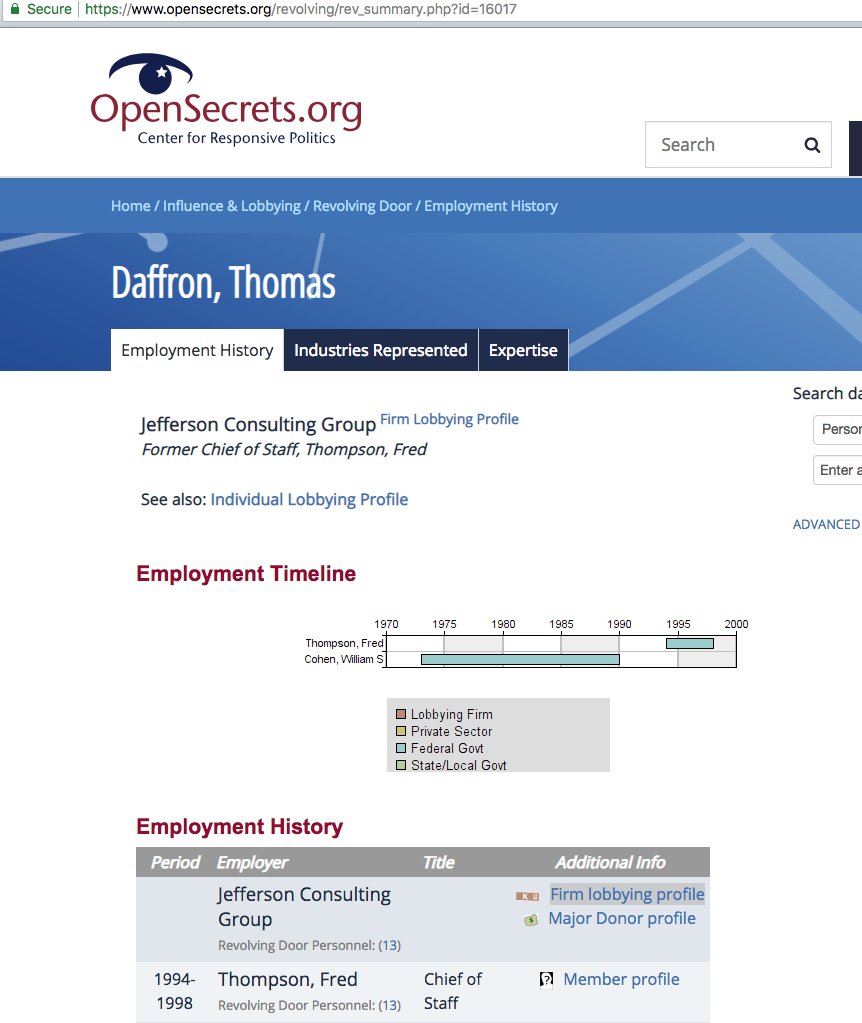 Right off the bat, in 1999, Daffron is lobbying for the Nuclear Energy Institute which - check a news search - is pushing PR that sounds strangely like what Mike Flynn was talking about at the inauguration. Oh, and you see Bill Gates talking the same. 🤨  https://www.politico.com/story/2017/12/06/michael-flynn-texted-nuclear-plans-whistleblower-282070 …

By 2002, Daffron's Jefferson Consulting Group is consulting for Reed Elsevier - now called "RELX" - which has basically been an operation to consolidate as much of the world's research and academic publishing as possible.

HQ is in London.

In 2003, Daffron's lobbying firm is representing Baker Botts LLP, which *is* in the FARA database. 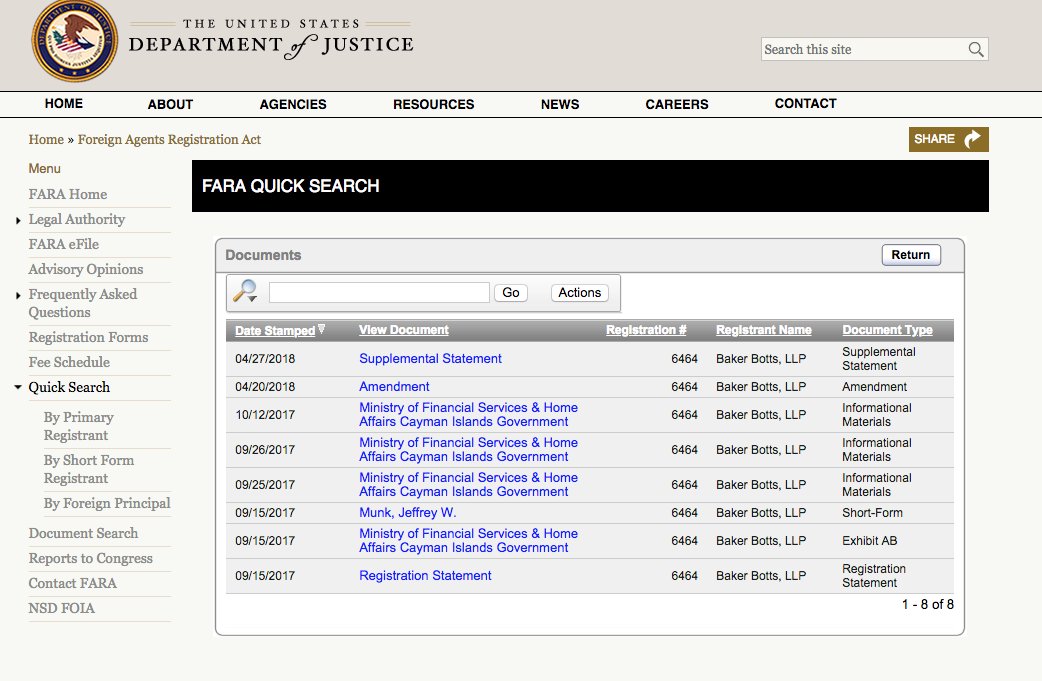 In 2008, Mr. Daffron apparently lobbies for free for Kenai, Alaska.

Well, that place has an interesting history. As a HISTORIC RUSSIAN SETTLEMENT. 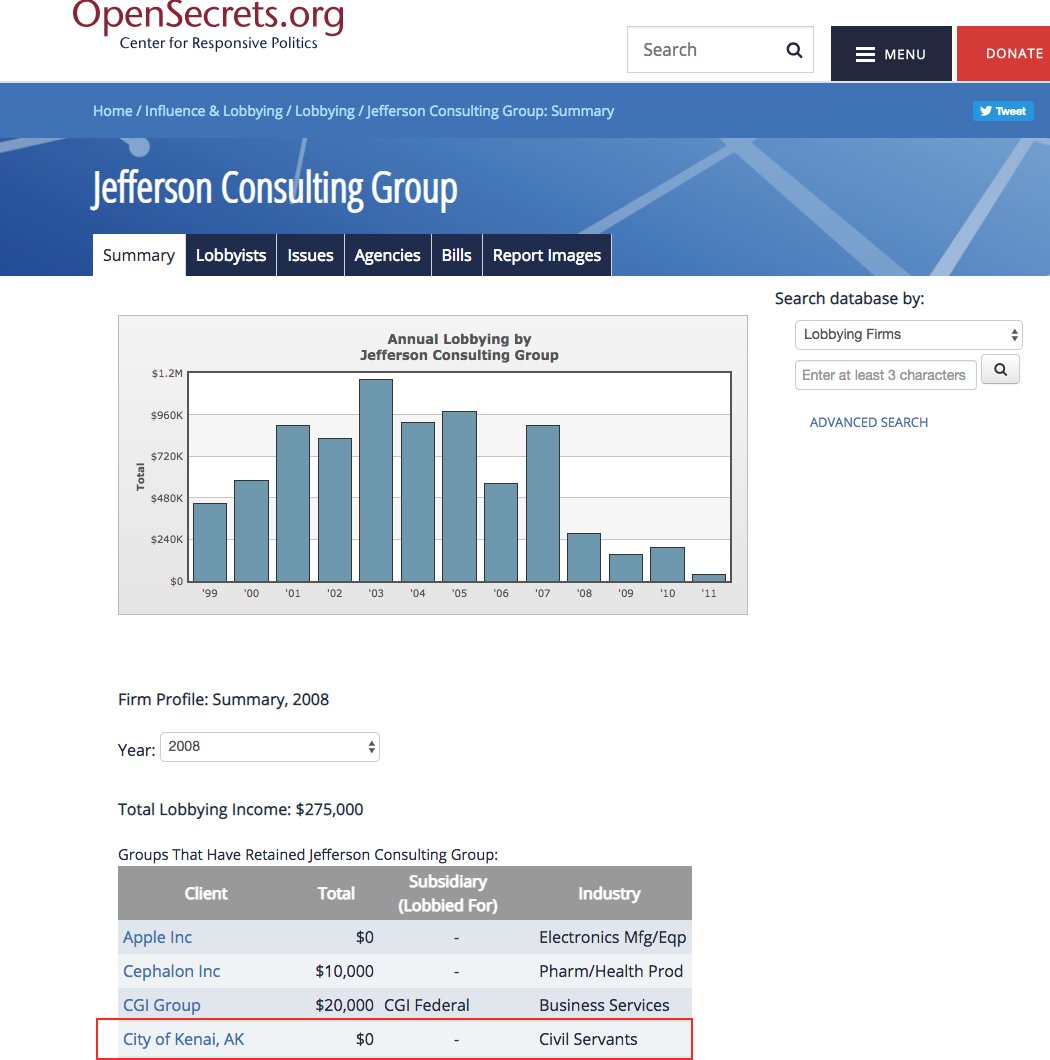 Kenai is a port town with heavy significance for Russia, being one of its original American settlements. This dates back definitely to Catherine the Great, and maybe as far back as Ivan the Terrible. 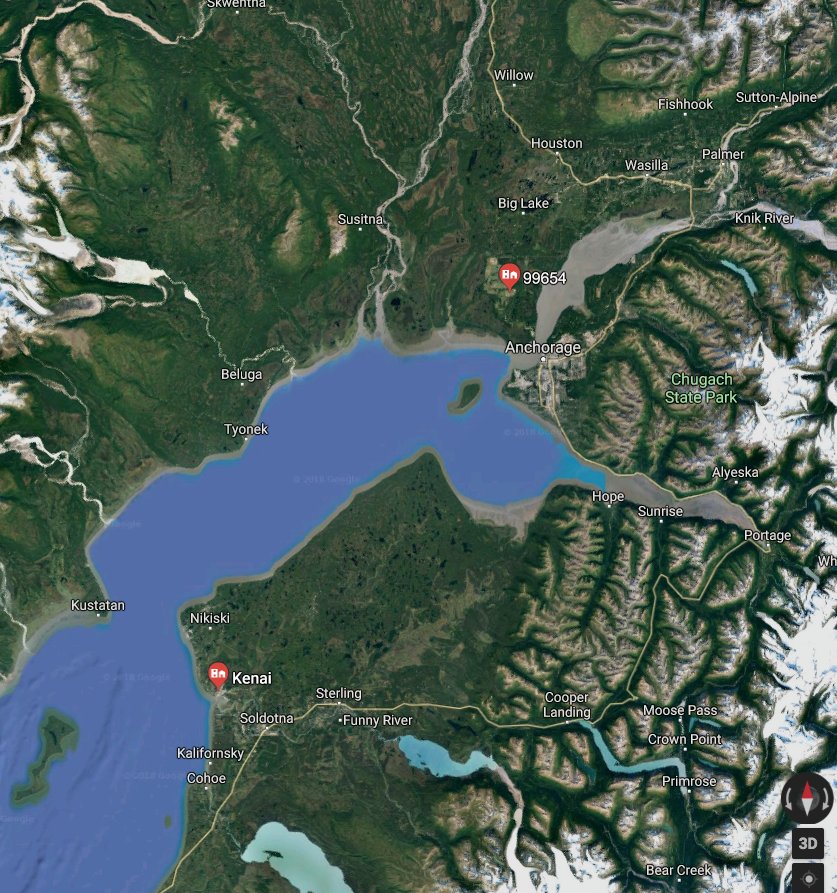 Maybe Sarah Palin wasn't just joking that she could see Russia from her house. 🤨

She didn't get invited to McCain's funeral and Todd was an "Alaskan independence" guy. Hmmmmmm.

There's maybe some Russia around these parts. 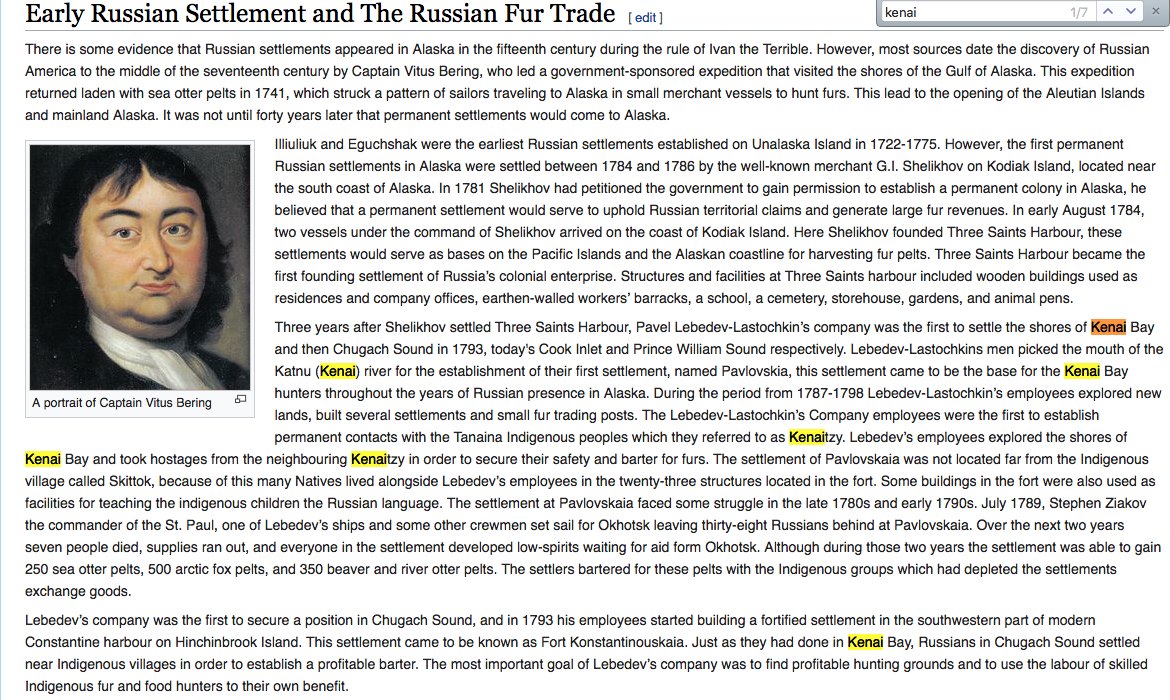 Just to touch base, Susan Collins' husband appears to be doing lobbying for the Russian "homeland" in Alaska. With churches. 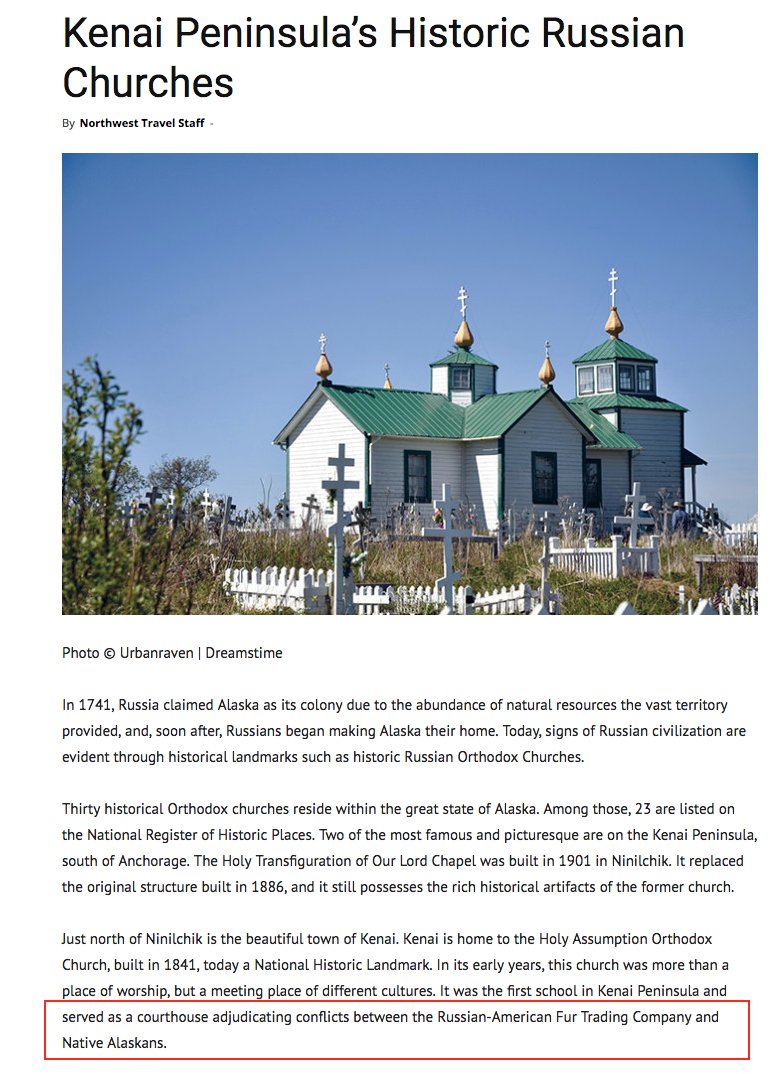 2009? Mr. Daffron's group also picks up Cordova, Alaska as a client. Another port town near Russia with Russian churches and stuff. 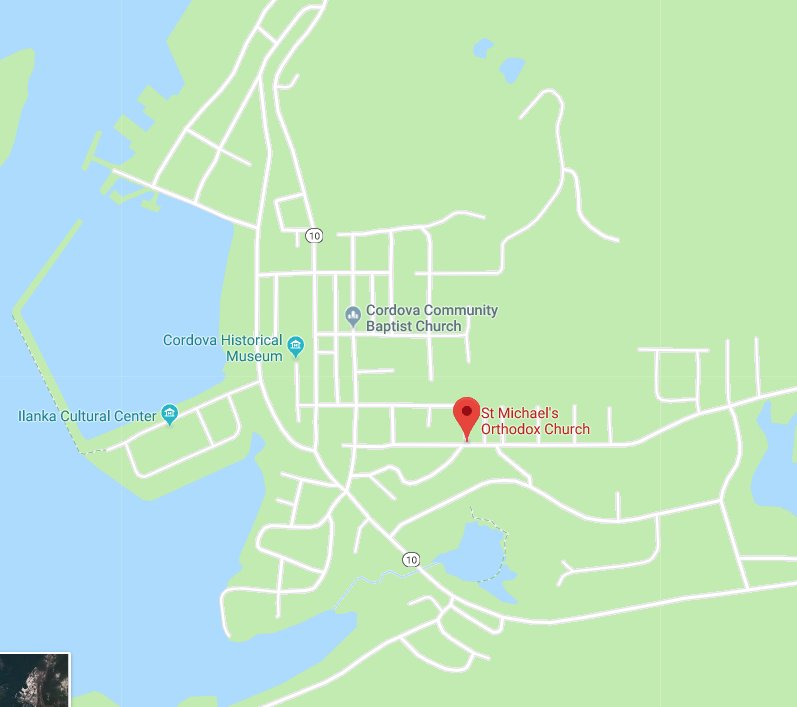 Jefferson Consulting also has some neat alumni. Robert J. Thompson - also, like Fred Thompson, connected to the Savings and Loan scandal - goes on to work for Sri Lanka and money launderers and such.

You almost start to see interconnections, you know?

Anyhow, @SenatorCollins, between Kavanaugh, your support of firing an independent, patriotic FBI director, and these unsavory connections, could you explain your approach to Federal governance to the good people of Maine, the United States, and the World?

BONUS: I kind of thought it was weird that the Russian-type trolls made fun of me over a single tweet about loving Epic Rap Battles of History.

But maybe they were afraid you might pick up some clues. 😎