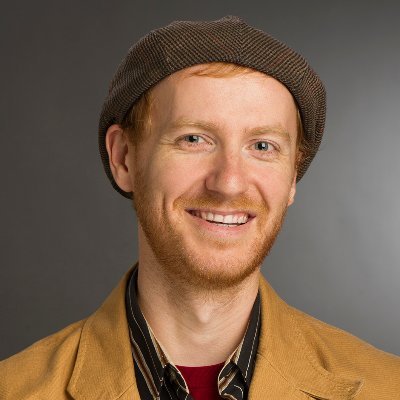 So, California just came out with a plan to fix their Self-Generation Incentive Program (SGIP) for storage, and I have a few comments (mostly complementary, believe it or not!). But I should probably start by describing the problem...  https://www.utilitydive.com/news/california-puc-unveils-proposed-fix-to-storage-incentive-program-quantifyi/532573/ …

So SGIP is a subsidy program originally made to encourage distributed generation to help meet peak demand - things like wind, geothermal, fuel cells, and the like. In 2009, it was modified to require that the projects also reduce GHG emissions. Storage was added even later.

So, already we can note some complications in the policy: the original goal was clear, but now complicated by a second criteria (though, for the most part, the "GHG reducing" criteria should really be read as "doesn't increase GHG emissions").

And odd that storage (an energy consuming device) is included as a self-generation technology. But, hey, that is how policy works - we use the tools available to us at the time, and CA wanted to get more storage deployed to meet their storage mandate.

The problem with SGIP for storage is the "GHG reducing" rule. Through a lot of good PR, the storage industry has convinced the public and policymakers that storage is a clean energy technology, so SGIP rules said that any storage with reasonable efficiency (>66.5%) can count.

But (and I can't stress this enough!): there is little reason to believe that storage, operating to provide benefits to the owner, would reduce GHG emissions at either the wholesale or commercial level. (If you want to hear more, see this other thread:)

To California's credit, while they hoped that storage would magically decrease emissions, they hired an independent consultant to check. The consultant did a big study and concluded that SGIP storage was mostly (and in total) increasing GHG emissions.  http://www.cpuc.ca.gov/WorkArea/DownloadAsset.aspx?id=6442454964 …

Further to their credit, they didn't try to dismiss this report but rather are confronting the problem directly, with proposed rule changes. I'll describe them and give some commentary.

But first I want to make fun of the people that are *shocked* that utility rate structures don't motivate GHG reductions from distributed storage (check the @UtilityDive articles on the topic). There is no reason to think that it would!

That is like being shocked that the cheapest food on the menu isn't also the healthiest. It could be true, but those two things aren't related. For storage, if someone is focused on making money (and emissions aren't part of that price signal), then emissions could be anything.

Anyway, to the SGIP fix: for large (commercial) customers, the new plan is that the customer only gets part of the subsidy up front and has to demonstrate operation that reduces emissions in order to get the rest. This is a good plan.

It is good because:
1. It is focused on the goal and lets the owner figure out how to do it.
2. It recognizes that storage emissions are a result of operation not deployment (note that this mostly isn't true of RE - if you build it, it reduces emissions).

For residential customers, you can't really make such requirements, so they said that residential projects must have RTE of 85%, be paired with solar, and be on some time-varying electricity rate. I'm a bit meh on this plan (though I can't think of something better, so...).

My "meh" is based on an assessment that this probably doesn't reduce emissions directly. @RobertFares and @MichaelEWebber looked at residential solar+storage for Texas and found that adding storage slightly increases emissions.  https://www.nature.com/articles/nenergy20171 …

It might have a little bit of indirect benefit if that required solar wouldn't have been built anyway (but who is putting in residential storage w/o solar?). And maybe a bit of benefit in managing demand overall. I would still guess a net increase, though, for the time being.

The other thing that the California PUC suggested, which gets a full-on 🙌😍 from me is suggesting a real-time marginal emissions rate signal. That is, something that tells you what the emissions are for an extra kWh consumed or produced right now.

This is important bc you can't expect any storage operator to even be able to reduce emissions unless they can respond to them somehow. That could occur if emissions were priced directly into the electricity price - this is the best thing but doesn't seem likely in the near term.

But a secondary signal that operators can use in their dispatch can work too. With that signal, anyone could operate storage to maximally reduce emissions, maximally make money, or anywhere in between.

If you are wondering what the "in between" cases look like, we already calculated it for wholesale markets, BTW, in the (open access) paper below. We found that storage can greatly reduce emissions effects without giving up very much revenue. Yay!  https://www.sciencedirect.com/science/article/pii/S0360544217318145 …

Overall, good on California for recognizing the problem, not ignoring the bad news, and coming up with pretty good solutions that fit into their existing program structure. However, IMHO, the core of the issue is the general demand that storage being emissions-reducing.

Storage can be used to reduce emissions, but it isn't great at it and that usually runs contrary to making money. I see this as a problematic side effect of the successful PR campaign of storage as clean energy technology.

If policymakers are convinced that storage is "clean", they'll assume that it reduces GHGs when they write policy. If they take that requirement seriously (or really just that it doesn't *increase* GHGs - still a non-trivial goal), it can be an obstacle to good projects.

I'd actually like to see the framing around storage shift from "clean tech" to "really useful general-purpose technology that improves operation and reliability across the grid". We don't demand that transmission lines reduce GHG emissions. Why demand that of storage?