THREAD: For those thinking Mitchell wasn't strong enough on Ford, you're wrong. Her gentle demeanor & allowing Ford to talk revealed A LOT-and it especially highlighted what FORD wanted us to NOTICE. Yesterday, I explained that her rehearsal & 5 mentions of Safeway was a tell. 1/

2/ BUT there was another huge tell: It came when Mitchell asked Ford to explain what happened. Here's what Ford said: Notice the unprompted and weird volunteering of drawing a "floor plan." She never suggested that before and had she really wanted to know whose house she

4/ That is what Ed Whelen did based on what Ford had said in her letter to Feinstein and her interview with the Washington Post. Ford knows that! And Ford then realizes that if PJ, Judge, and Kavanaugh's houses don't match the layout I described, my story falls AND I might have 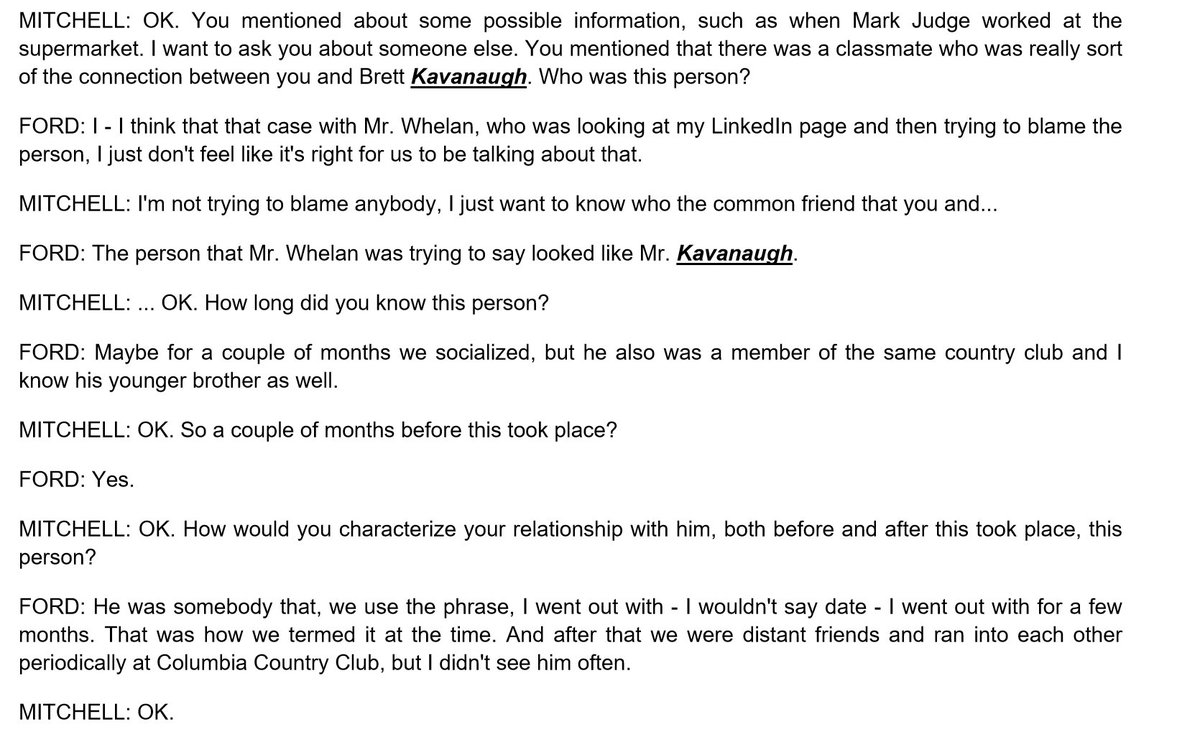 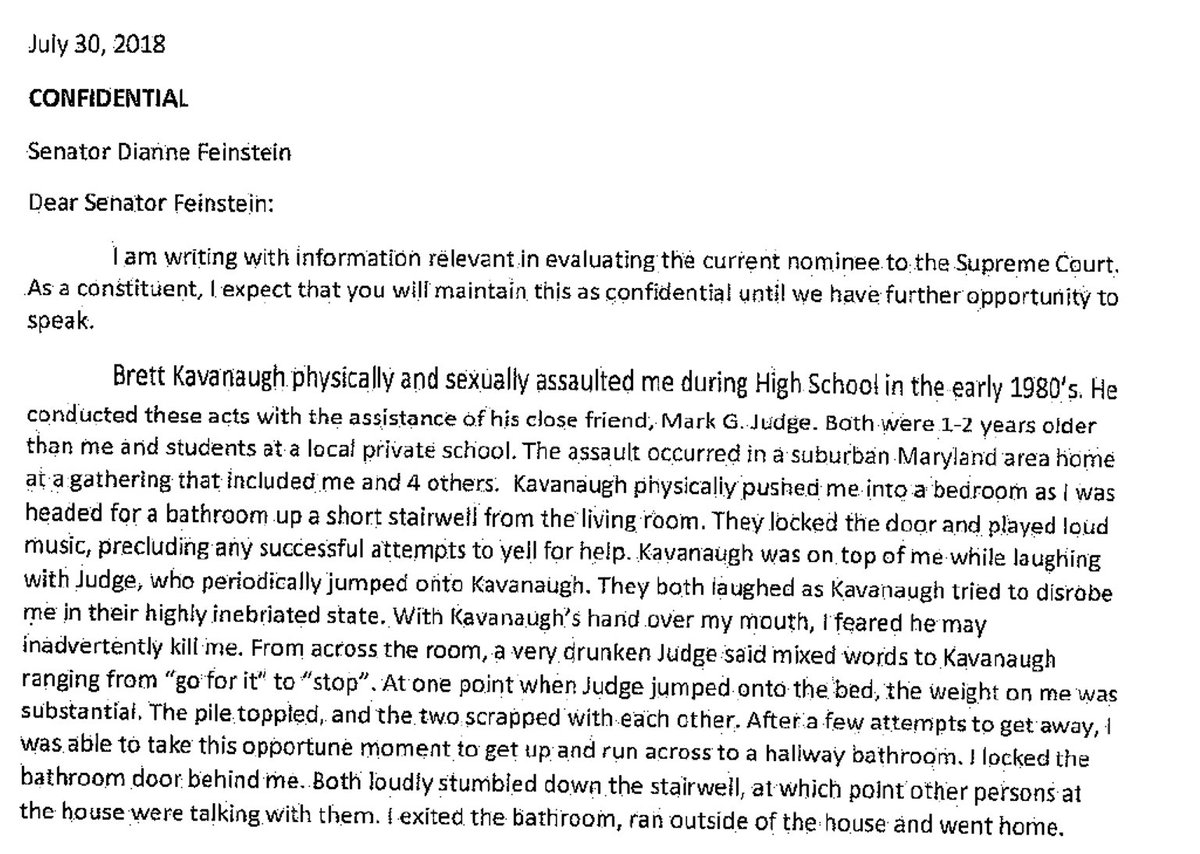 6/ "me and 4 others" is unambiguous. It isn't "at least 4 others." And the 4 others makes sense because it ties to the 4 she told her therapist, and is more easily written off as she misunderstood me. BUT then note how her handwritten note for the polygraph CHANGES the #.

7/ And when discussing the polygraph, Ford again feigns ignorance and begins to lie re whether it was video or audio taped and then realizes she better admit the truth.

8/ Also recall Ford told Washington Post it was 4 boys--tying it to her therapist's notes but correcting notes saying 4 boys at party only 2 in the room. But then later she changes to 3 boys and 1 girl, her friend Leland. Whelen's Twitter thread then hit. Ford says not him.

9/ But Ford now realizes she's created a HUGE problem because the 3 boys she ID don't live near the country club and her description of layout might not match their house layout. So what happens next? Ford changes it to 4 boys and 2 girls--and one of the boys she doesn't know.

10/ Let that sink in: She said "remember specifically 4 boys being there." BUT to Feinstein she said me & four others. But Ford HAD to do this & she waited until hearing to do b/c Kavanaugh was to disprove her story when it was as sent to Feinstein as only 4 & Ford had ID 4.

11/ BUT that also caused problem b/c Ford had said "near" the country club to both Feinstein and Washington Post. And none of those boys lived near country club, but Ford knew guy she was dating did, so she did 2 things: She changed near the country club & she changed interior

13/ in testimony made that moot! AND the Senate had been investigating all the party houses near the country club with 2 former classmates of Kavanaugh's. But now that's all out the window too. But there's more folks. Ford also altered how she described the interior layout 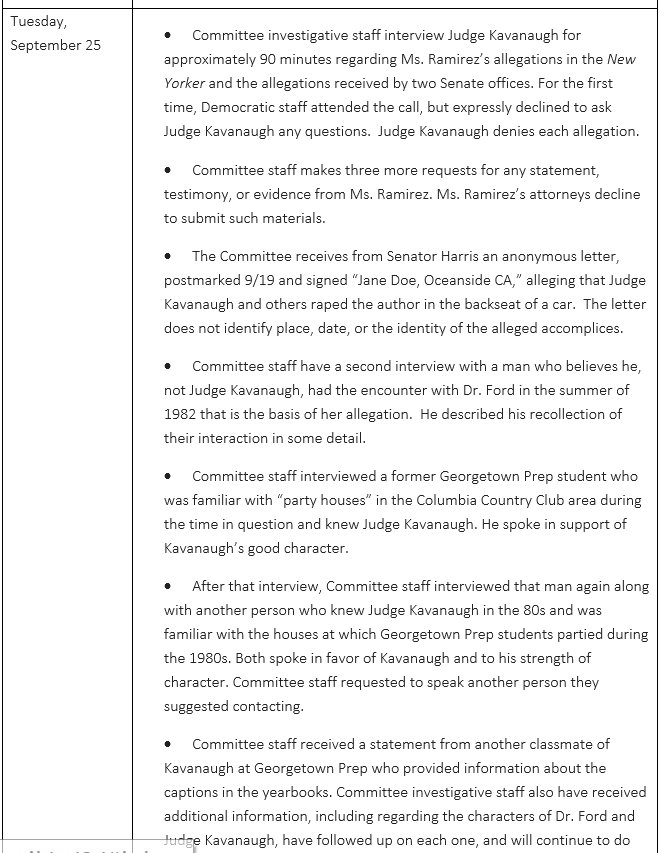 14/ Previously she described the house as having a family room and living room and small flight of stairs. AND her description of fleeing the house focused on her running down the stairs out of the house while party goers were in the living room-not the family room. 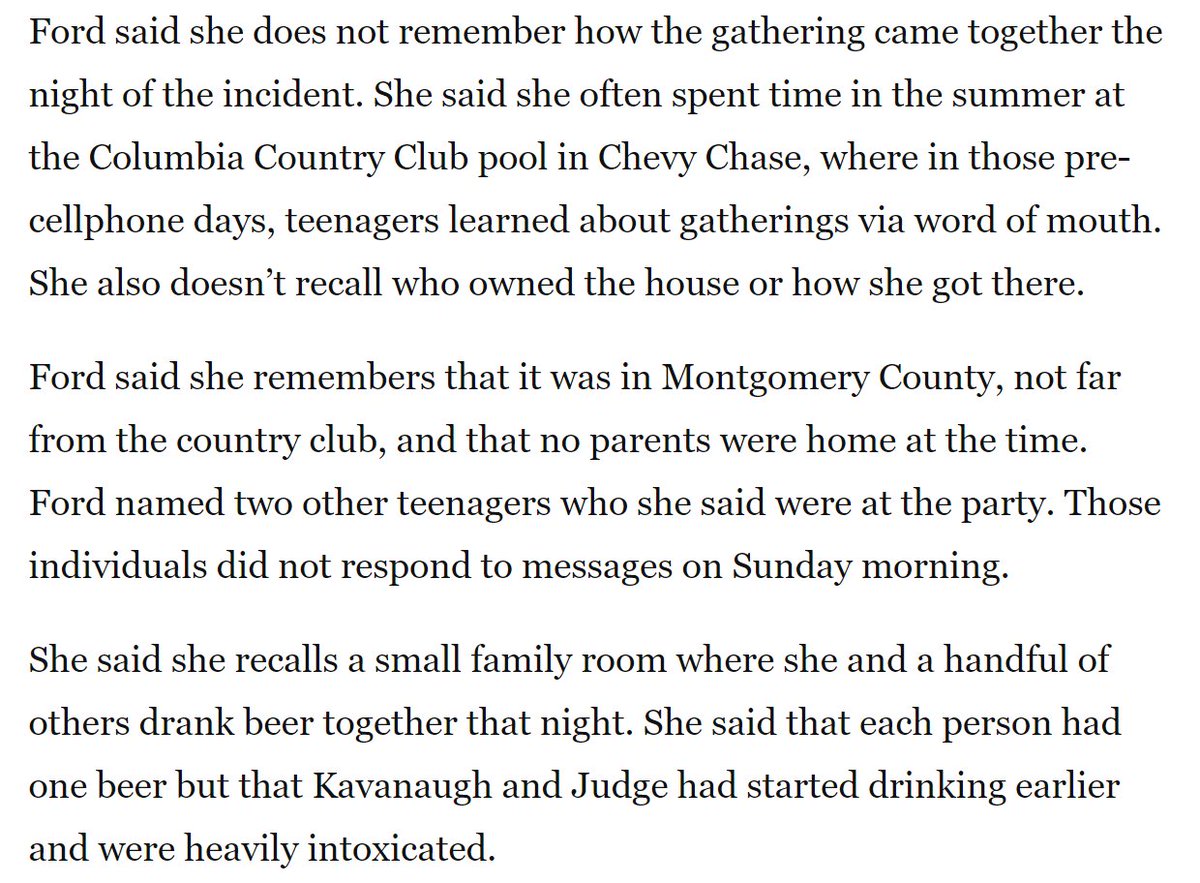 15/ BUT in her testimony she turned the family room & living room into a family room/living room. And she fled out house w/ people in living room which she ran by. (More on that later). But she is so intent on changing her description of interior she says I'll draw floor plan! 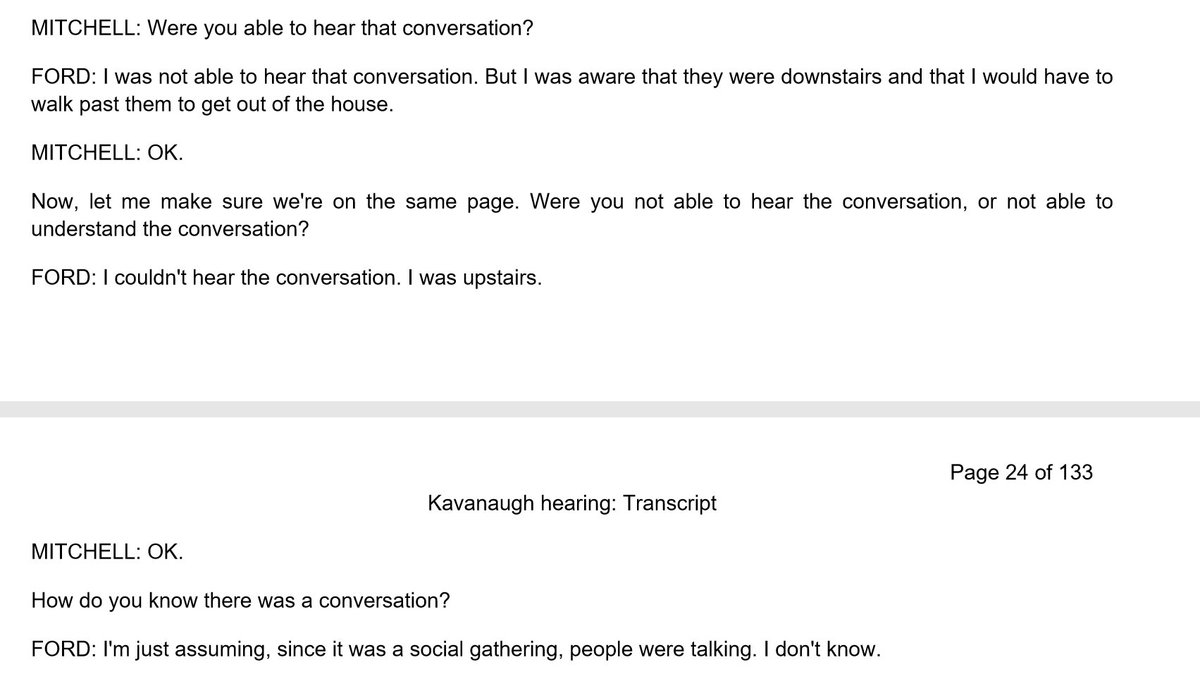 17/ Because if she walked by these people someone would have asked where she was going! Her friend Leland or that nice boy PJ. AND if the house was not near the country club how would she get home! Close to the country club made sense because she could have walked back

18/ and found her brothers or parents. But if not close to country club she wouldn't have a way to get home, pre-cell phone. AND Leland (who was 16 at the time & thus would have likely driven if not near the country club) would not have done nothing if Ford walked out door and

19/ went missing. I wrote on this last week. So, in sum, here is what Ford has done: She recognized that Kavanaugh can't prove a negative but once it became clear he could disprove HER version of events, she changed the facts so he could. Here's what  http://thefederalist.com/2018/09/26/better-christine-blasey-ford-skips-thursdays-hearing/ …

20/ Ford change: Year of party (mid-80s to 1982); Her age (late teens to 15); Number of people at party; location of party; and layout of the interior of the party. AND each change came when the story didn't make sense OR was able to be disproven. END.