Here’s a tale of love, of passion and obsession. A tale that has inspired countless films, books and even a ballet. A tale that is also, perhaps, perfect for this time of year. It takes place at a hunting lodge in Austria, called ‘Mayerling’. THREAD 1/ 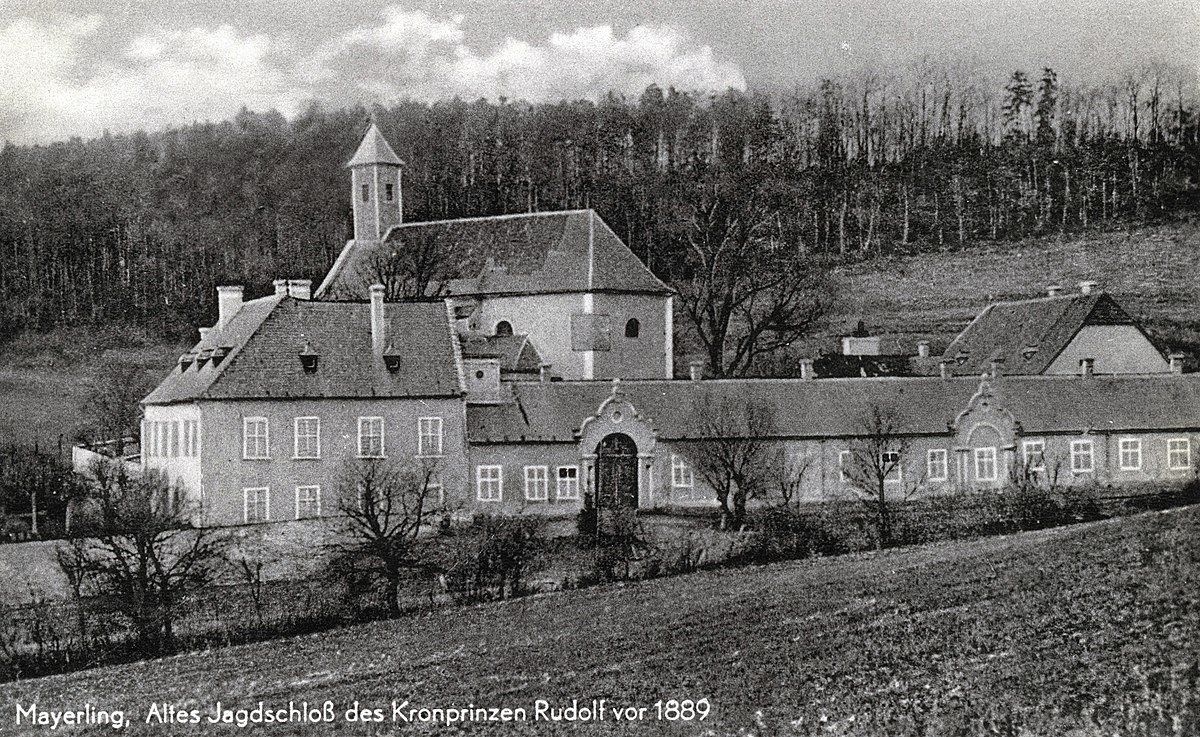 In 1888, the heir to the throne of Austria-Hungary was a young man by the name of Rudolf, Crown Prince of Austria. A thoughtful, introspective man, he was different from his stern, conservative father, Franz Joseph I. Not exactly a progressive, he was still quite liberal. /2 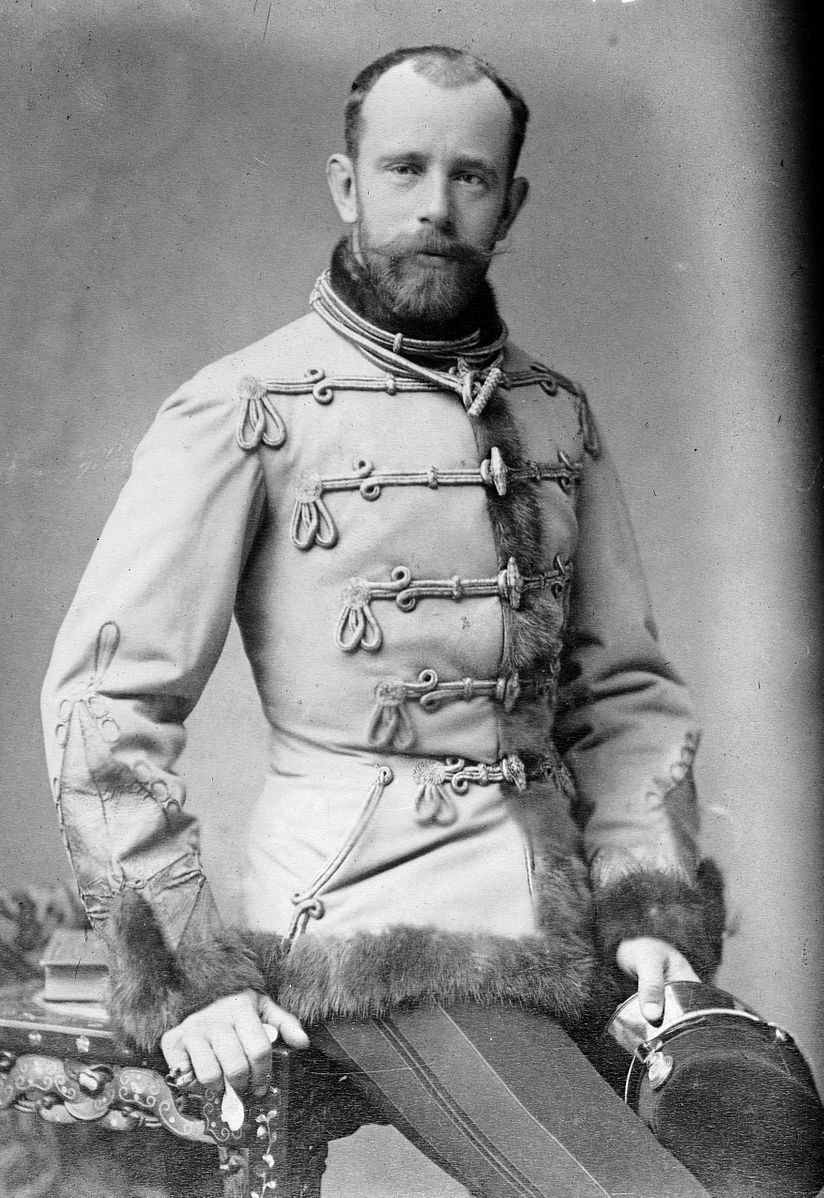 With a need to produce an heir and continue the ancient Habsburg line, he married a daughter of the Belgian king, Princess Stephanie, in 1881. It was no love match. While they had a daughter, he sought to leave the marriage, and consoled himself with drink & other women. /3 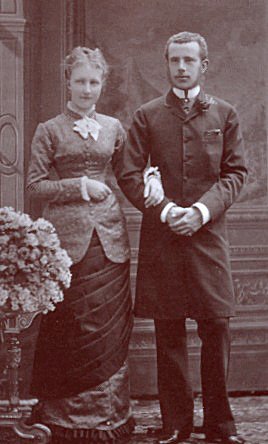 Rudolf pursued a string of short, fairly mindless affairs, until he was introduced to the 15 year old Baroness Marie Vetsera sometime around the end of 1888. Utterly captivated by the brunette, who epitomized the ideal of female beauty at the time, he began yet another affair. /4 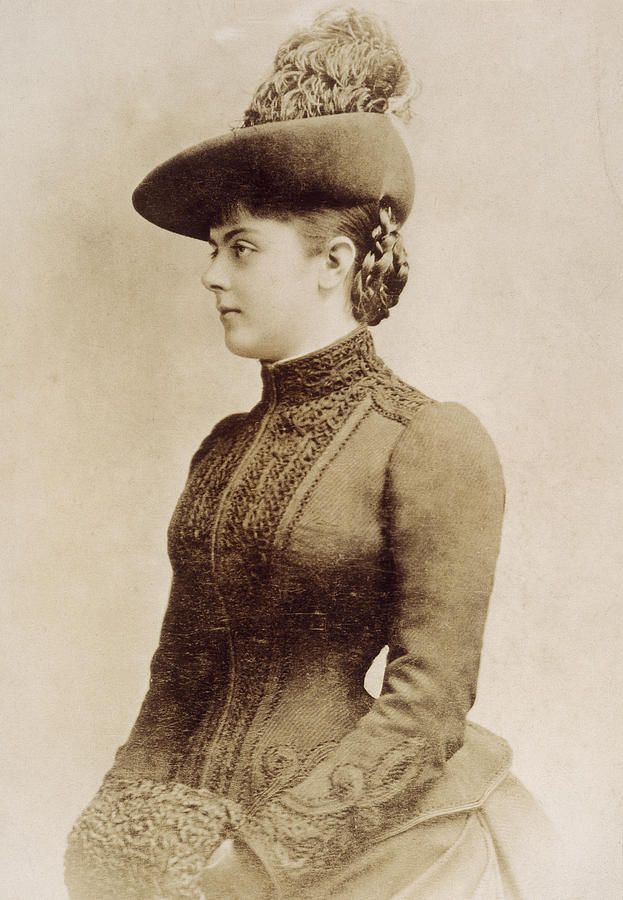 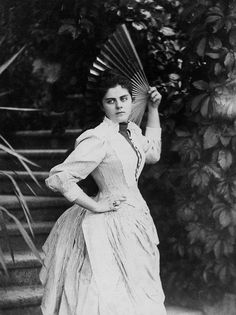 Their affair was a passionate, torrid one, but one that was extremely risky. He was the married heir to the throne, she came from a newly-aristocratic family - completely inappropriate. If word was to get out, rigid, hierarchical Austrian society would be rocked. /5

Among the few who were aware of the affair, it was suggested that Vetsera was being pushed by her family to find a position at court, so that her family could grow in influence and power. Others thought that she was simply a young girl passionately, intensely in love. /6 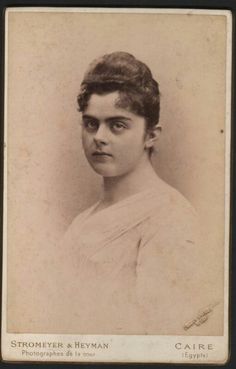 The intensity at which the two pursued the affair created a tense, buzzing atmosphere with certain circles of Austrian society, and nobody knew quite what to do. It seemed like news of their trysts could break at any moment, and *they* seemed totally oblivious to the fact. /7

On the 30th of January, 1889, Rudolf’s valet went to wake him for a day of shooting at his hunting lodge at Mayerling, outside Vienna. When there was no response to his knocking, he broke the door in - this was his job, something might have happened to the heir. /8 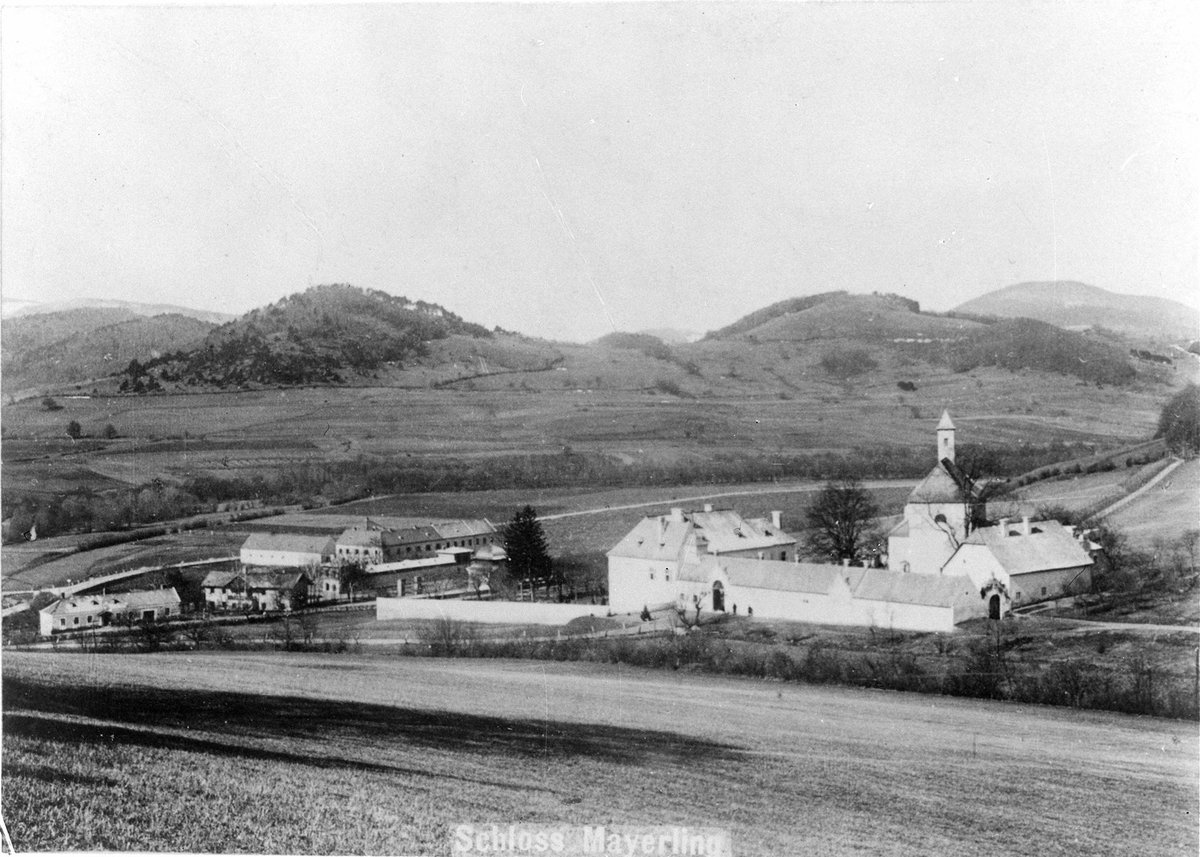 Rudolf’s guest for the day shooting, Count Joseph Hoyos joined the valet to find Rudolf lying by the bed, bleeding from the mouth. Marie lay on the bed. Both were quite dead - white and cold. At first, the men thought they’d taken poison. /9

Wait, you thought this was going to have a happy ending? Come on - we’re dealing with Austrians here. Hell, we’re dealing with the infamously mad Habsburgs. If there’s a more morbid, death-obsessed kind around, I’d like to know. Seriously - I really want to know. /10

Hoyos left the scene and returned to Vienna to break the news. Within hours, the lodge - the surrounding countryside - was blocked off. Marie’s relatives were brought in to have her body removed and it was buried, without ceremony, at the nearby Heligenkreuz monastery. /10 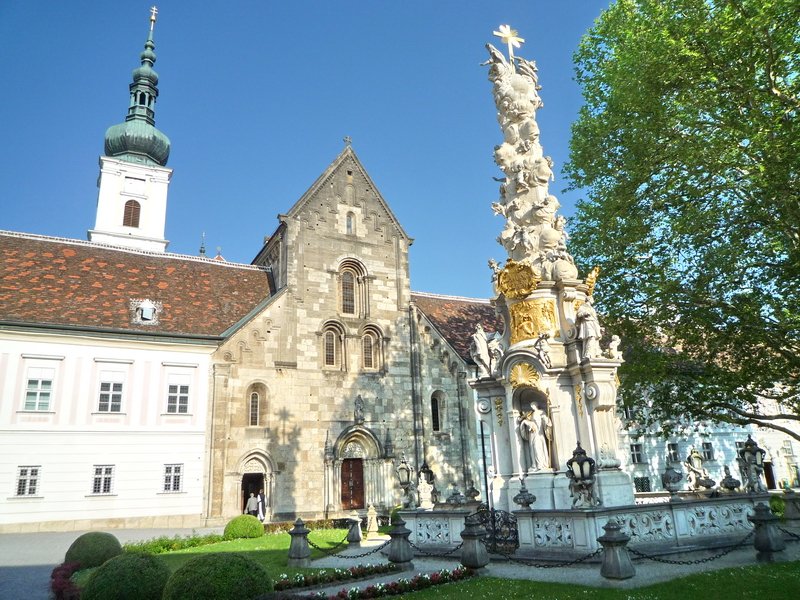 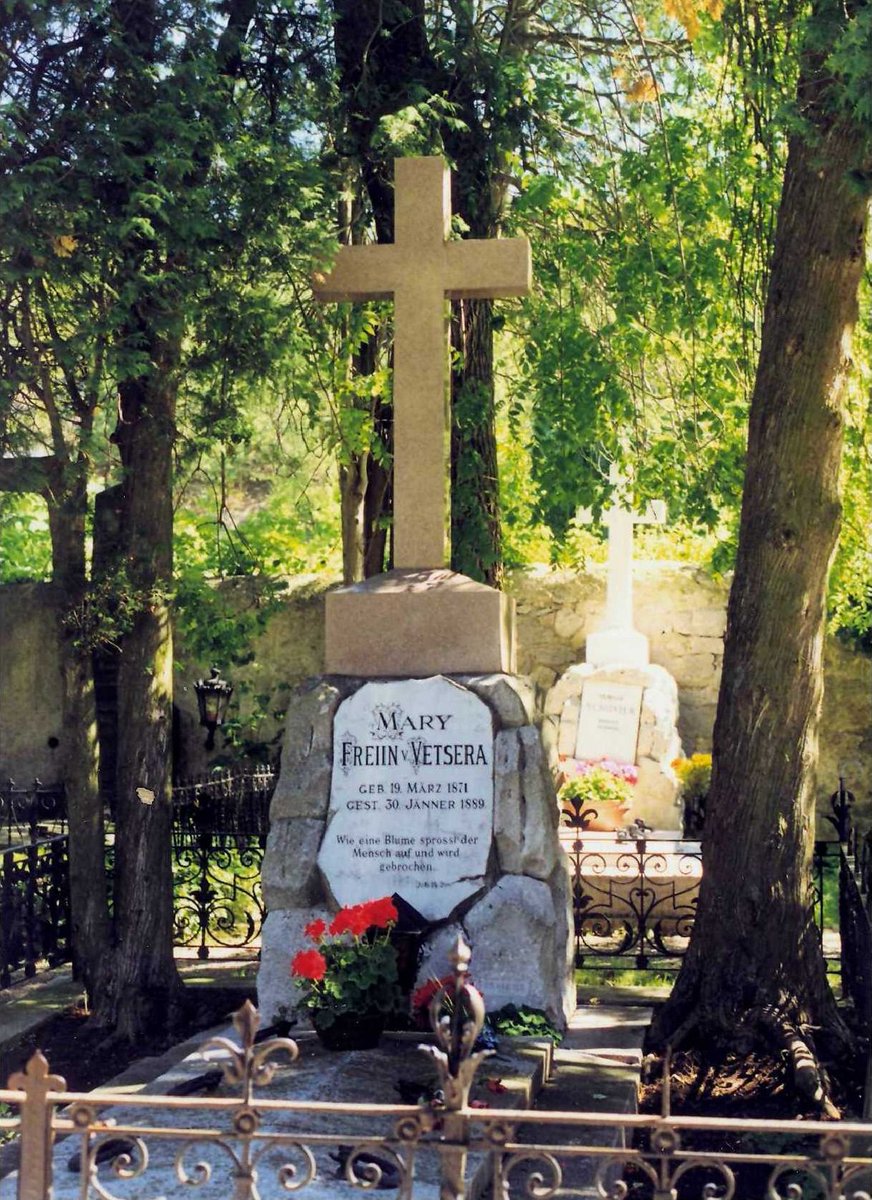 The first, shaky news reports suggested deliberate, outside poisoning. Subsequent reports overruled it stating that it was a heart-attack that had felled Rudolf. There was no mention of Marie - none whatsoever. /11

It was only when foreign correspondents began to circumvent the blockades and start questioning locals that the true story came out. New reports were released with something approaching the true story - Rudolf shot his mistress, then himself. /12 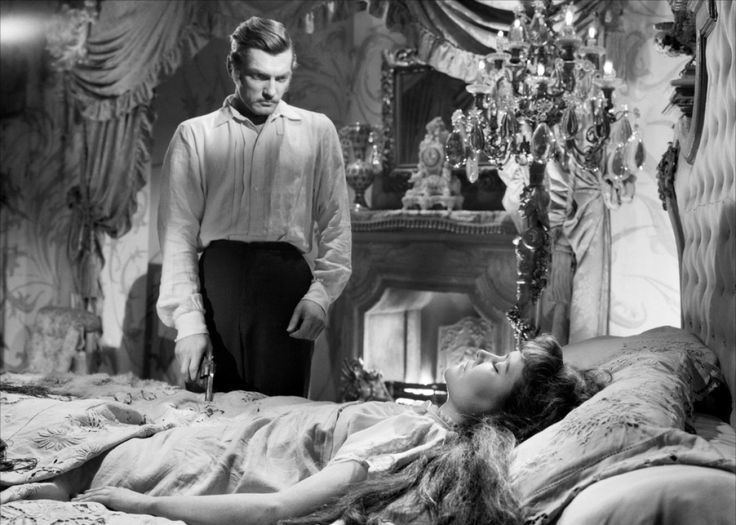 By the way, that's from the '49 film 'Le Secret de Mayerling', one of, like five or six film adaptations of the event. /12a

Despite the fact he’d killed himself - a deadly, iredeemable sin, according to the very Catholic Austrians - Rudolf was buried in the Kaisergruft in Vienna, as tradition dictated. Mayerling, for time being was turned into a convent. /13 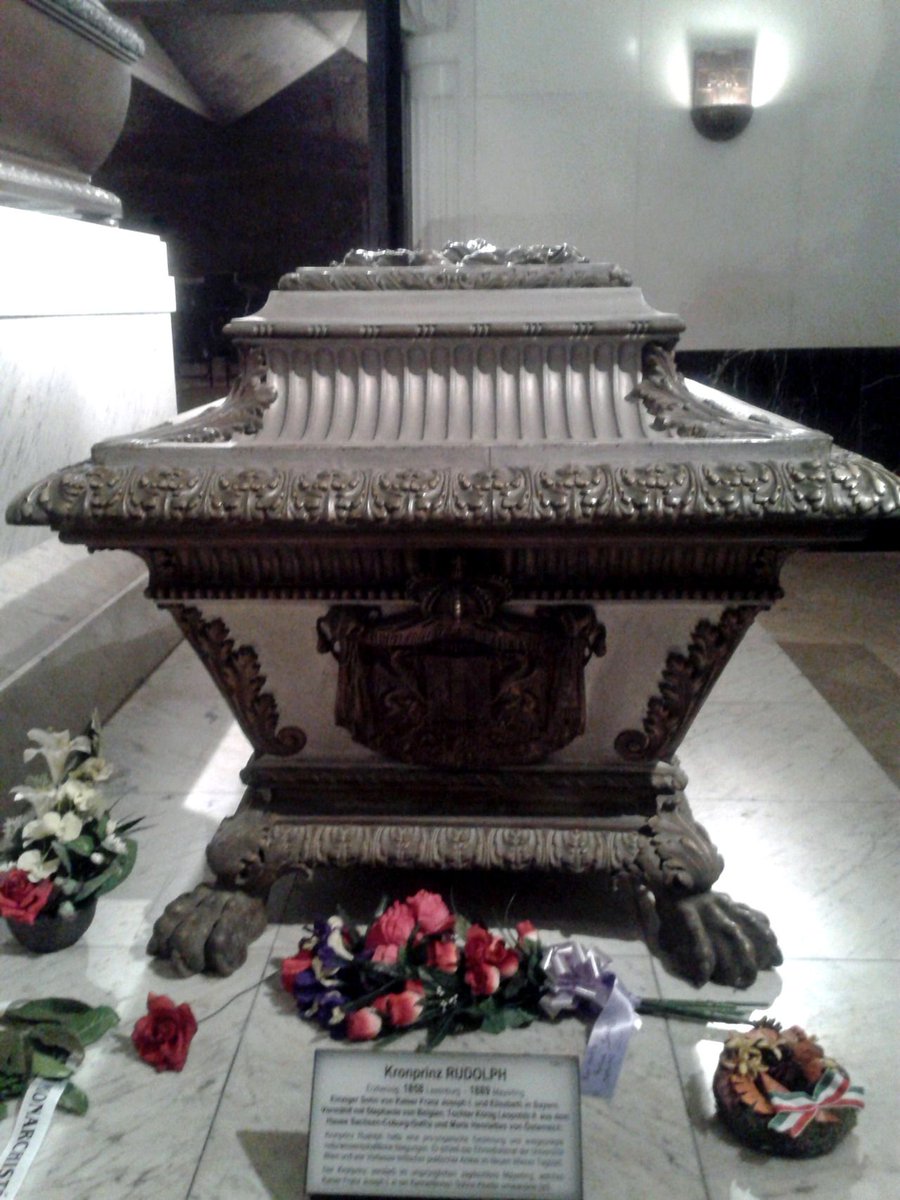 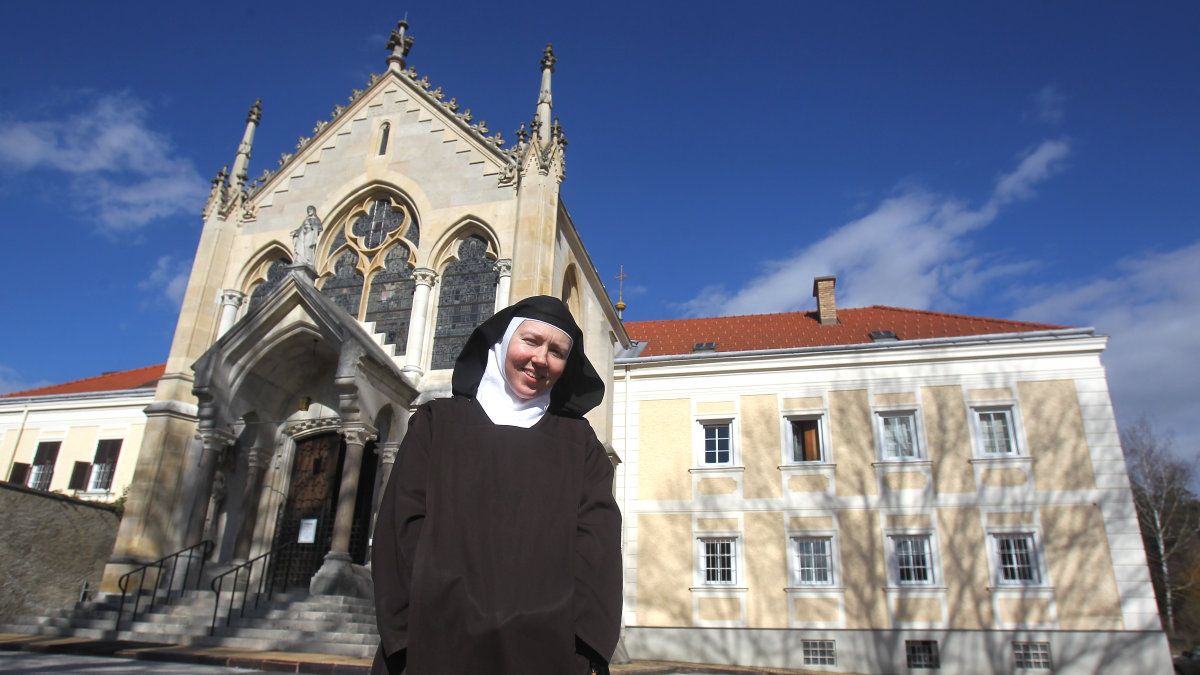 Marie hasn’t slept so soundly. Her bones were unearthed by the Red Army during World War Two, and put back in the ground after examination in 1959. In 1991, a Mayerling-obsessed businessman named Helmut Flatzelsteiner had her grave exhumed under cover of nightfall. /14 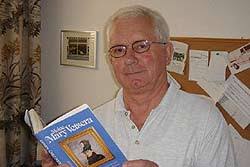 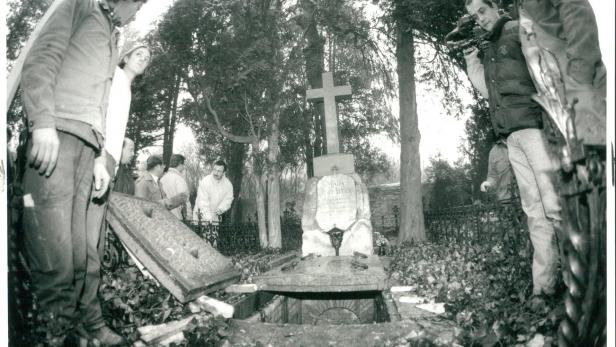 Flatzelsteiner held on to Marie’s bones for two years, before selling the bones - and the story - to an Austrian newspaper. She was re-interred in October 1993. So far, nobody else has disturbed her rest. More info about the the bones here. /15  https://secretvienna.org/mary-vetsera-and-the-man-who-stole-her-bones/ …

There are many theories about what happened that night in 1889, but there are two pieces of evidence that cement the idea that it was a murder-suicide. The 1st is another of Rudolf’s mistresses, Mizzi Kaspar, claimed he’d asked *her* to engage in a suicide pact at one point. /16

The second, more telling, piece of evidence emerged in 2015. It is a letter, found in a Vetsera family safe deposit box, in Marie’s handwriting, that makes it clear that she wished to take her own life and be with Rudolf in death. /17 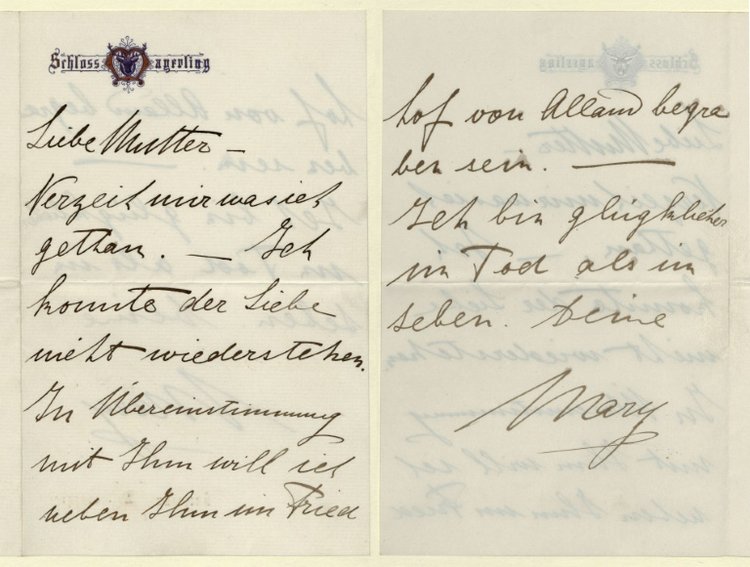 As with much that happens in history, it’s hard to find an angle, to neatly come up with a message to sign off with. The ‘Mayerling Incident’, to me, seems simultaneously to have a dark attraction and a repellent, cold horror about it. /18

If you’d like to know more about the ‘Mayerling Incident’, this @atlasobscura page is a great place to start. /19  https://www.atlasobscura.com/articles/morbid-monday-unhappy-prince-and-dead-baroness-mayerling-incident …

If you’d like to visit the Mayerling hunting lodge, well, you can. Chapel in the room they killed themselves in - that's *so* Austrian. /20  http://www.karmel-mayerling.org/welcome/

Finally, the @TheRoyalBallet is performing the ballet inspired by the incident, Kenneth MacMillan’s ‘Mayerling’, between 8th - 30th October. /21  https://www.roh.org.uk/productions/mayerling-by-kenneth-macmillan?gclid=EAIaIQobChMIlMP9ssTq3QIV7Z3tCh1bDA4LEAAYASAAEgK3lvD_BwE …

It might sound a little morbid of me, but hey, you enjoyed that right? What is it about such stories that draws us in? I guess, like the events of that night, we’ll truly never know. /FIN