I want to tell you a story about Grinch. 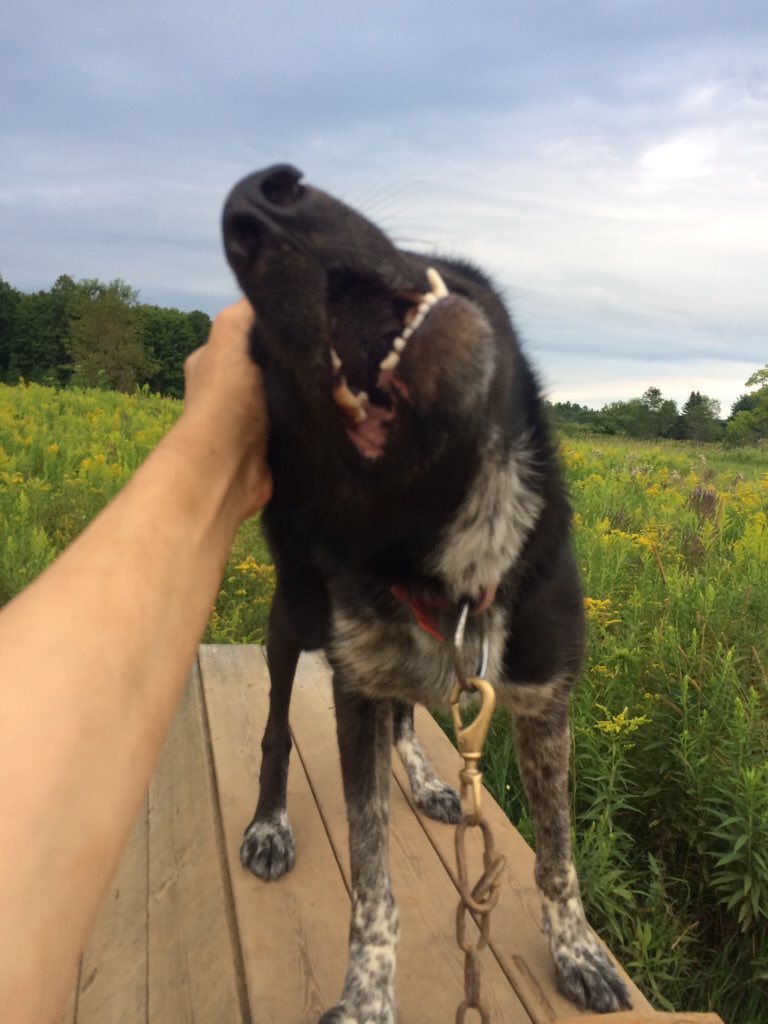 Grinch is a sled dog. 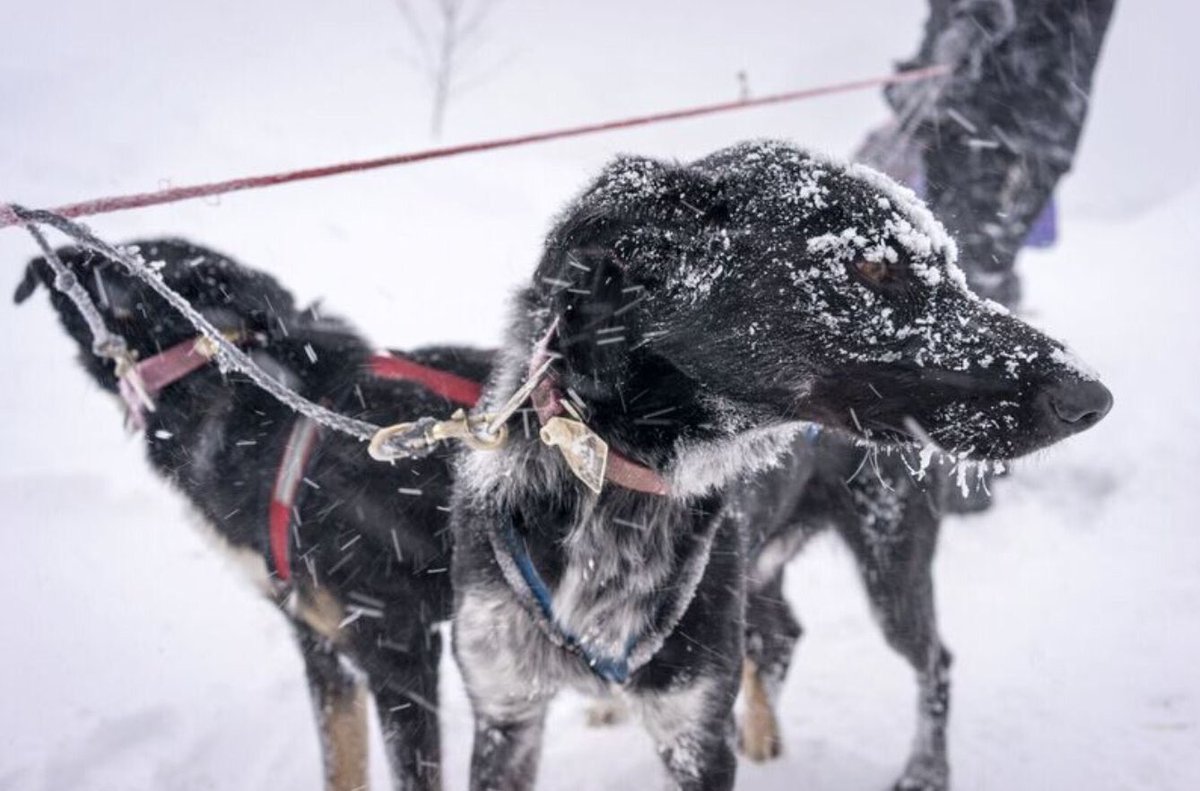 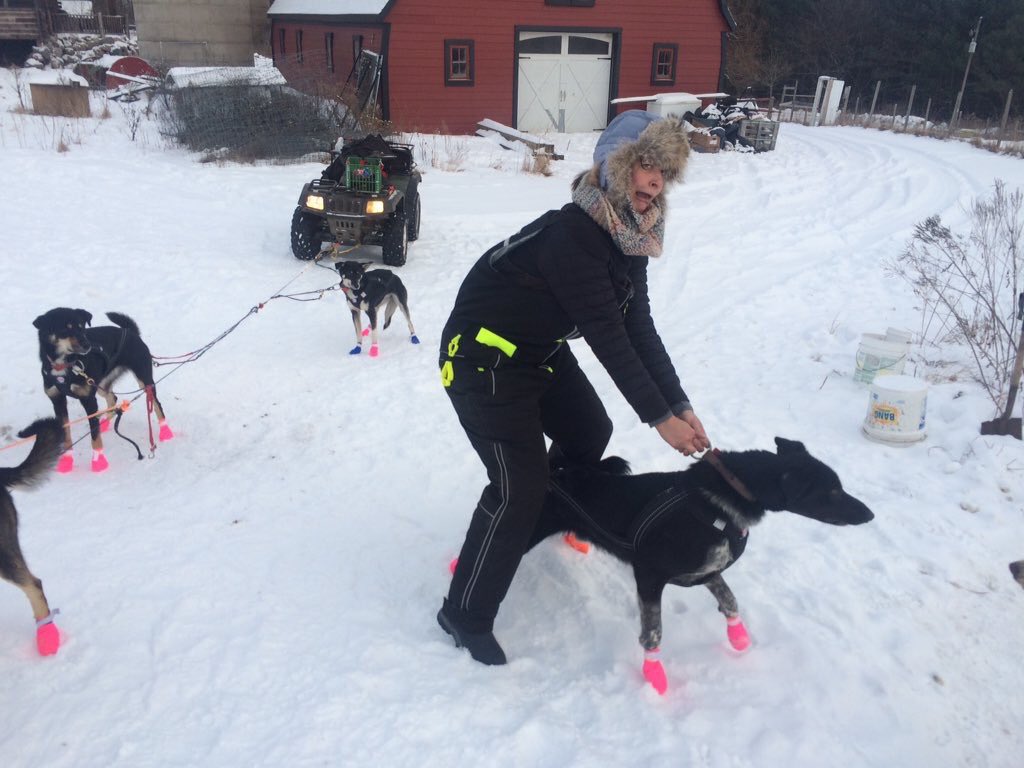 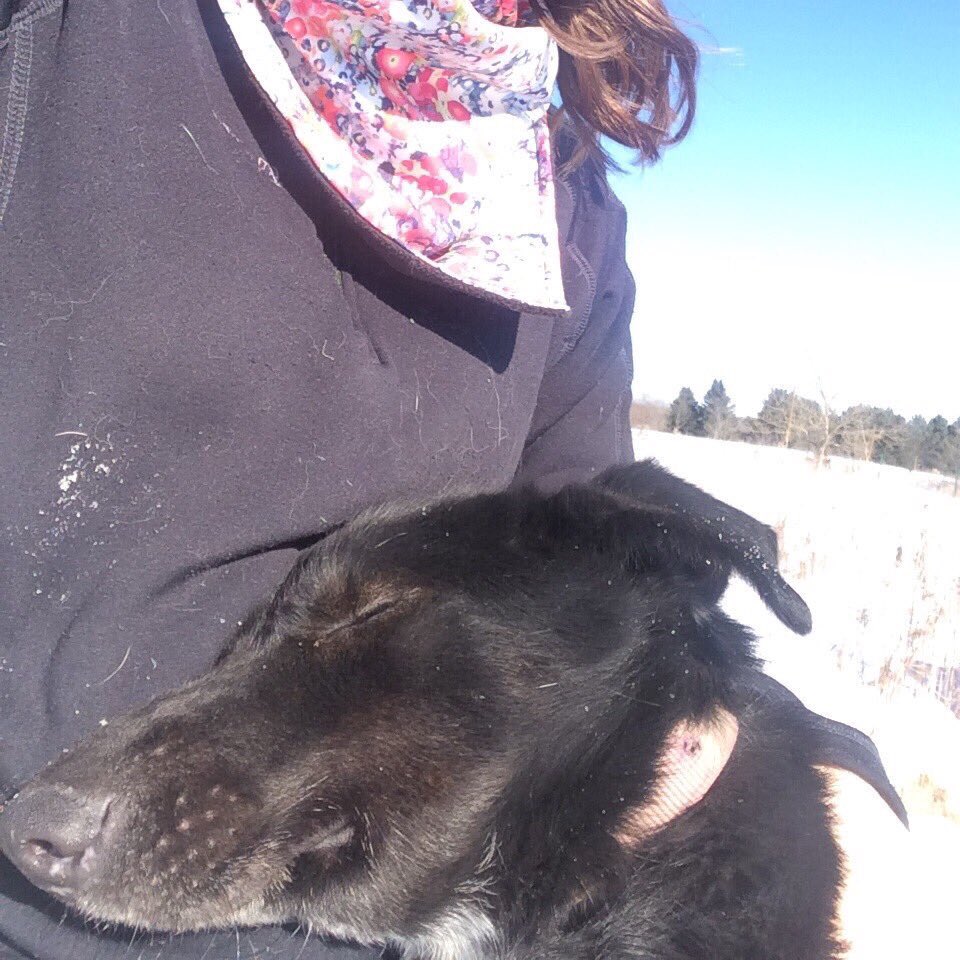 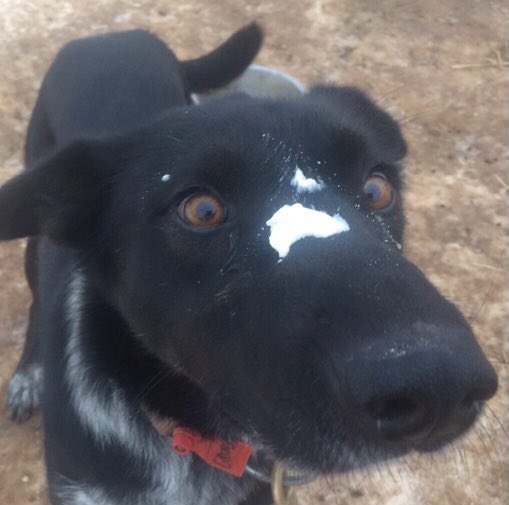 One time he barreled through a herd of wild turkeys to pee on a lamppost. He did not notice the turkeys. 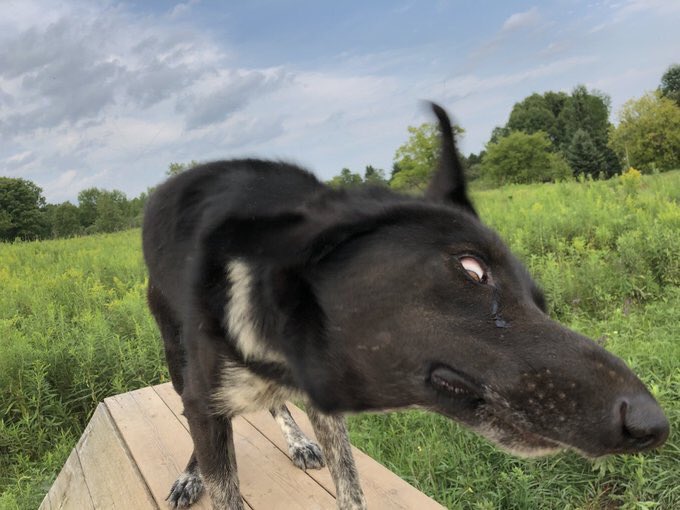 Another time, the dogs were resting in a baseball diamond between 40-mile runs and he barked WAKE UP LET’S GO so many times that he had to go in exile by the fence so that his teammates could sleep. 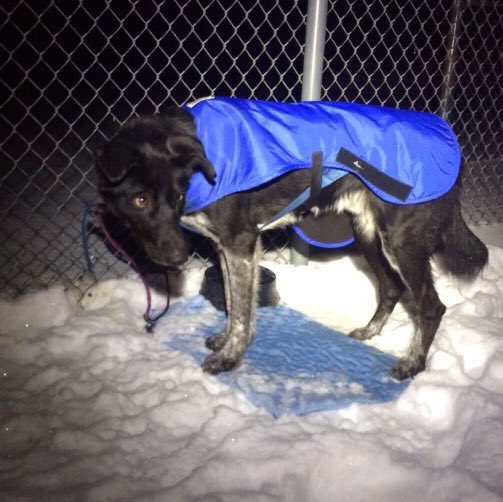 Grinch likes to pee on things. 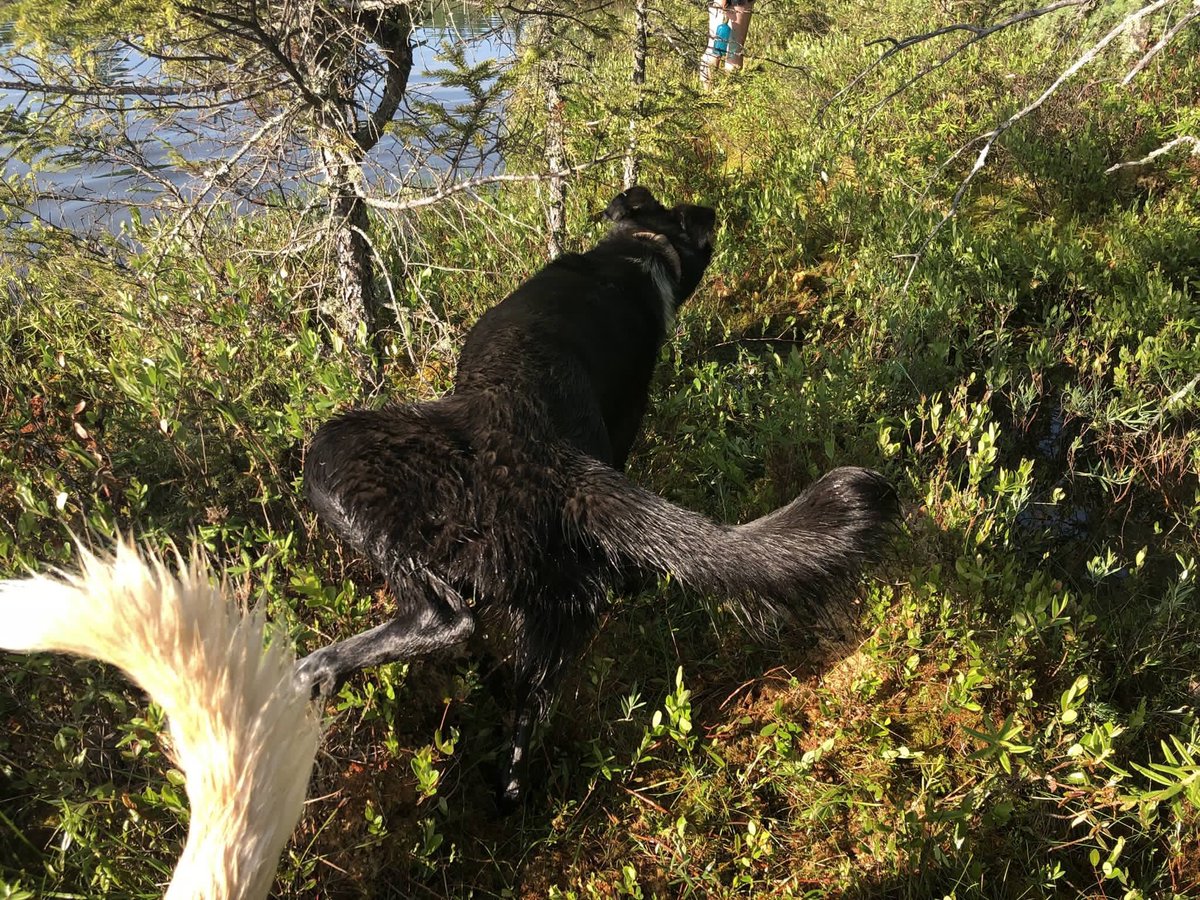 And he likes pulling things! Which is what we took him to do the other night.

We’re using a wheeled cart for dryland training, since we don’t have snow right now.

Historically, Grinch has had some issues with the cart. 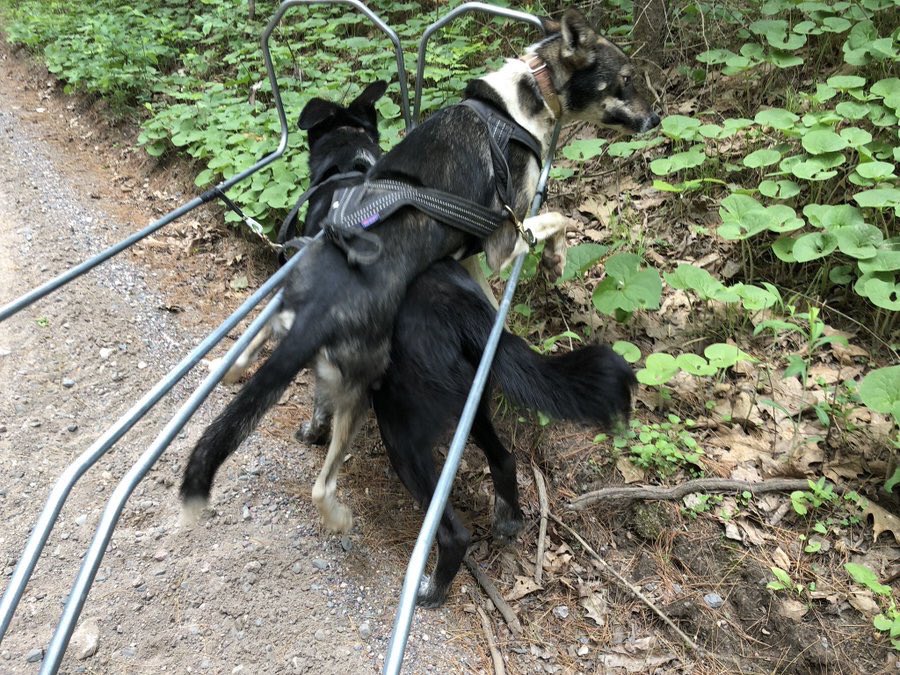 But the other night, as we set out, everything seemed great. Grinch ran with Jenga, galloping down the railroad grade. They were having a blast. 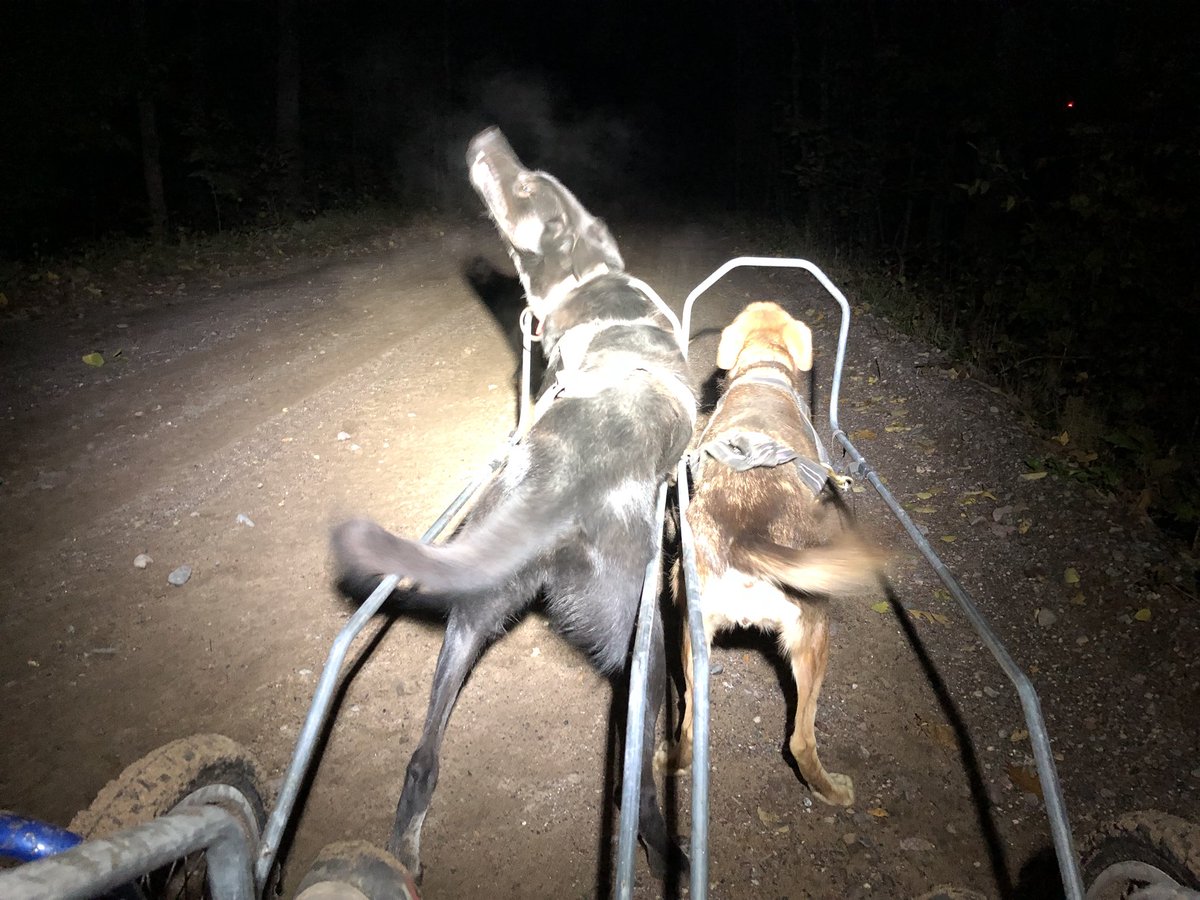 After about a mile and a half, I figured we’d gone far enough, so I stood up and turned the cart around so we could head back the way we’d come.

But we did not go. 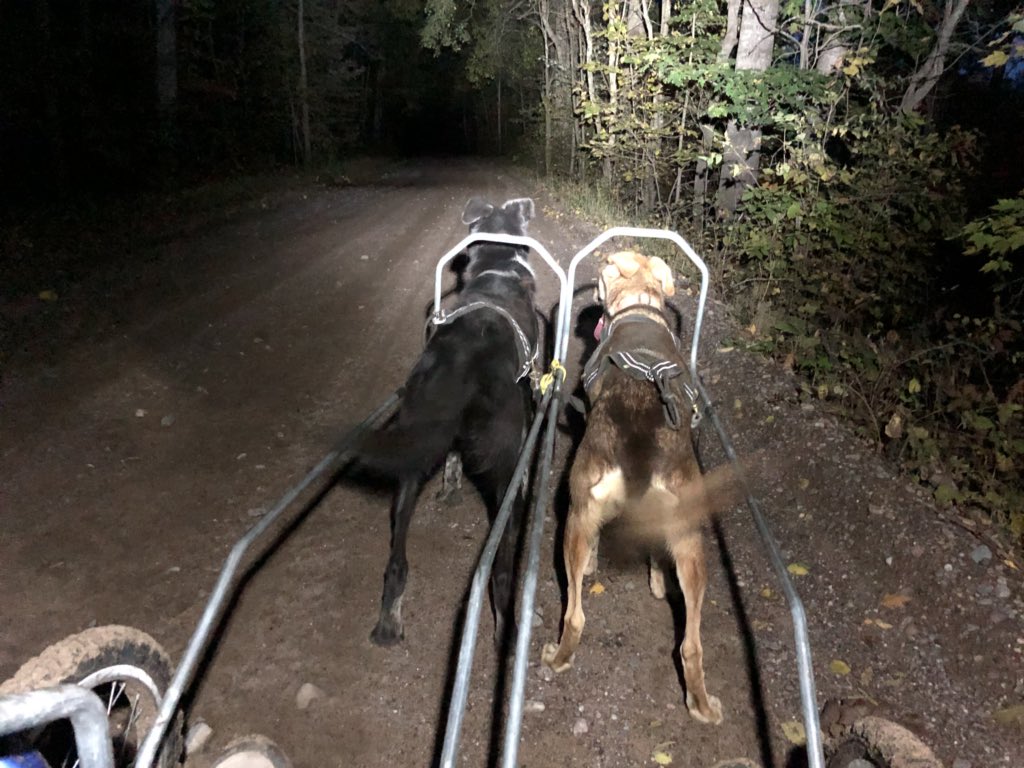 Grinch was ready to run. “ABBWABABAA!” he screamed. 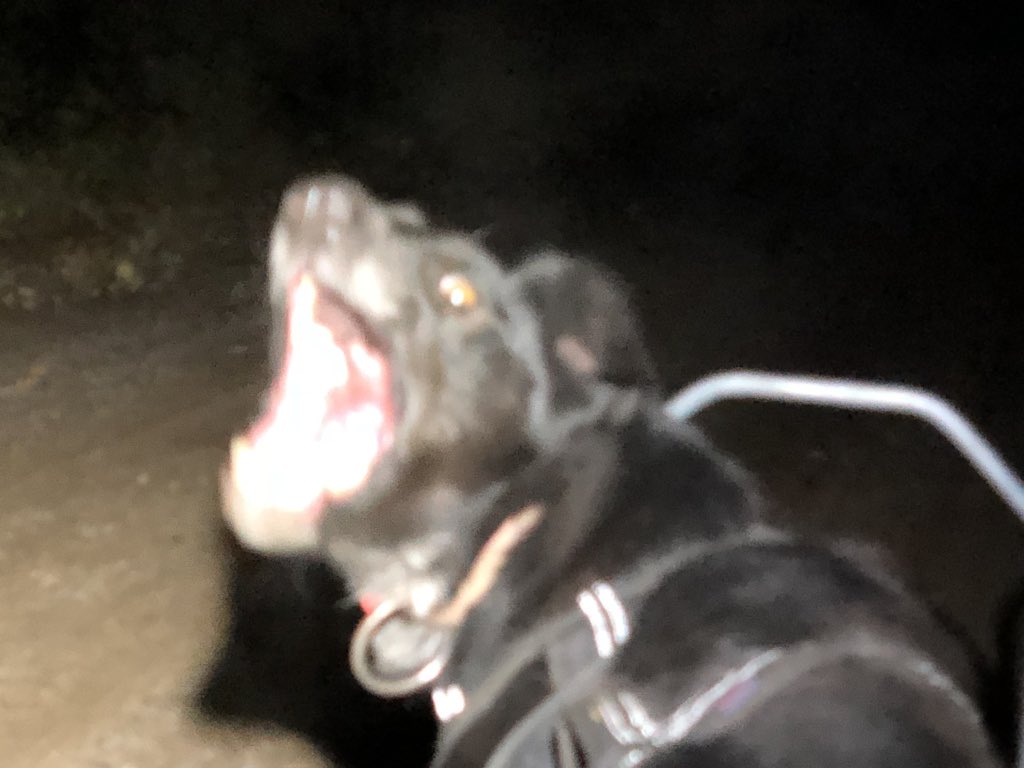 But we did not go.

Guys, we’d been running in one direction. And now we were facing the other direction. It was very confusing.

To be clear, there is no brake on the cart. The only reason it wasn’t moving is because Grinch wasn’t running.

Jenga was like “omfg Bler tell me this is a joke” 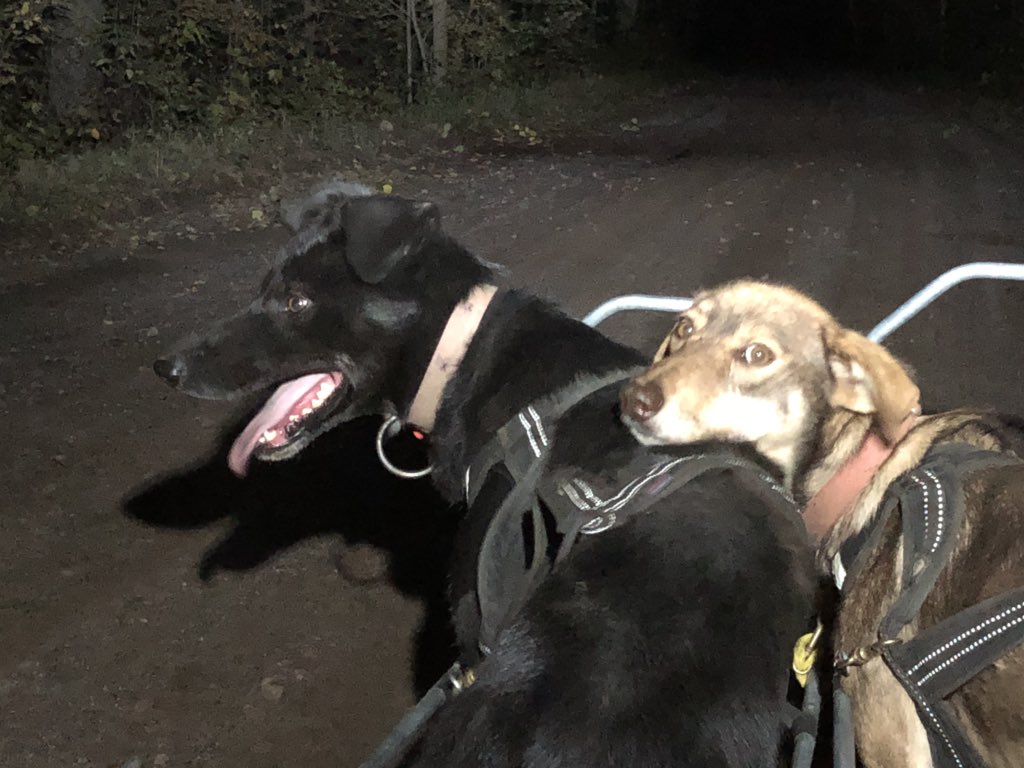 I kept thinking that Grinch would figure it out.

After a solid 20 minutes, during which time Jenga aged ten years, Grinch suddenly started running. I think that we basically waited out the span of his short-term memory so that he no longer recalled having turned around.

And that, my friends, is the story of how Grinch saved the day and got us home. 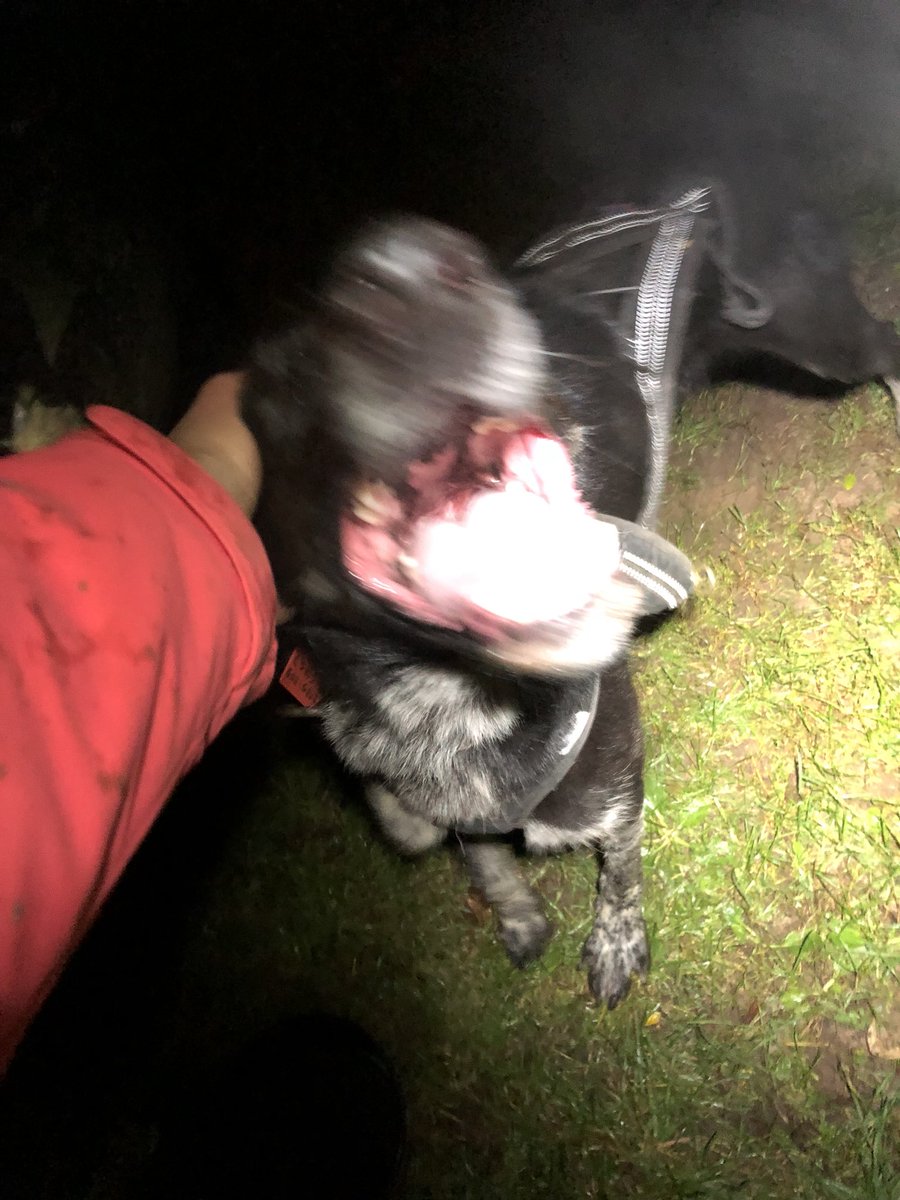