So you guys know I'm obsessed with a few things - history, archaeology, myth, gross gory stuff. Well here's a thread that includes all three of them! Let's go! 1/ 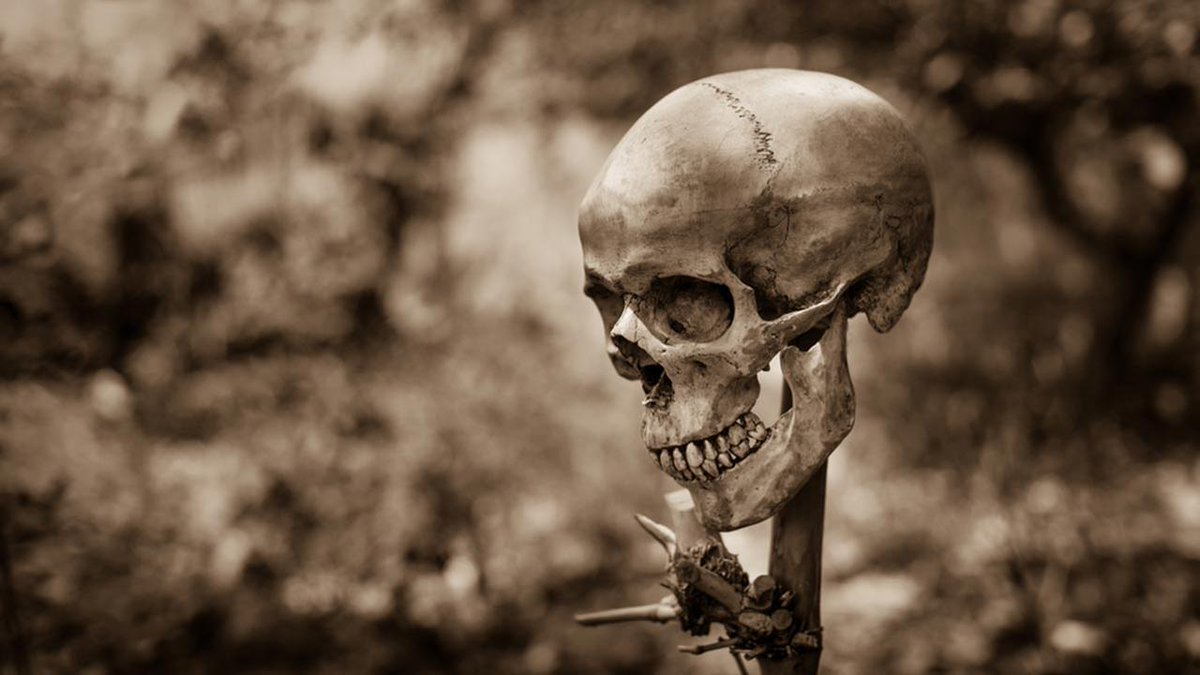 Some of you might know I live in Luton - not too far from St Albans. It's a place I visit fairly often. Around 2,000 years ago, it was Verulamium, one of the first towns in Britannia. 2/ 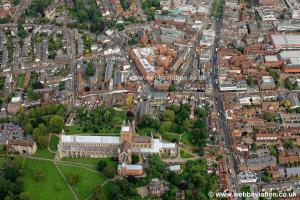 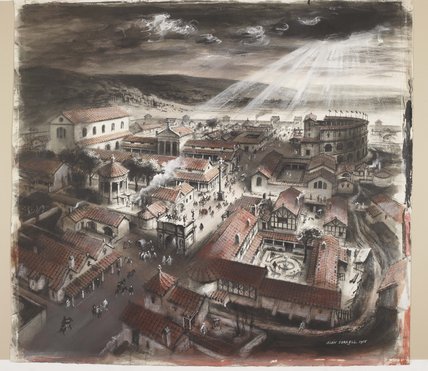 Back in the nineties, when the city was expanding, archaeological digs took place before developments started to be built.

At Folly Lane, archaeologist Rosalind Niblett and team unearthed the grave of an Iron Age catuvellauni chieftain, who died shortly after 43CE. /3 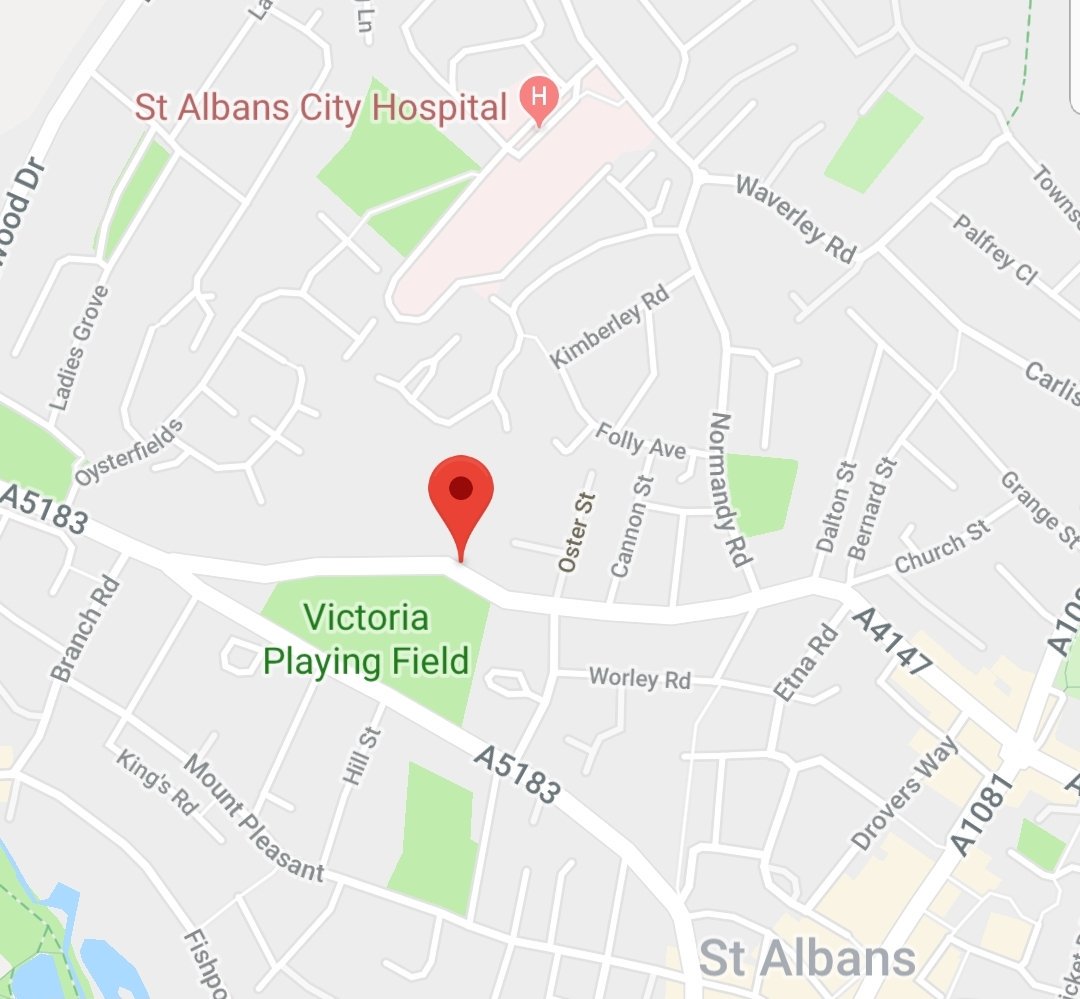 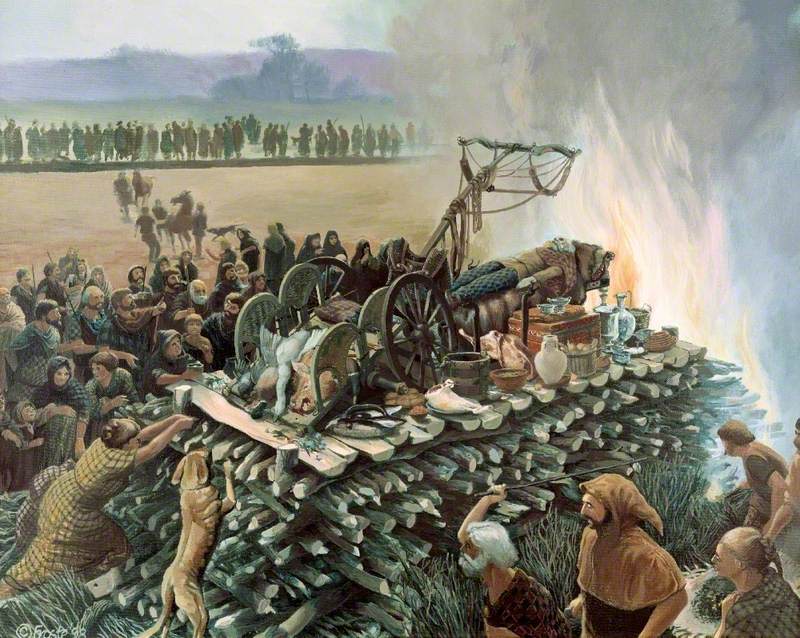 Turns out there wasn't just the one burial - the site was home to a number of cremations throughout the early Roman occupation of Britain - and something a little more disturbing... /4

Along with a number of Roman 'face pots', the skull of a teenage boy was found. Examination of the skull revealed that he had died from a blow to the head. There was more, however... /5 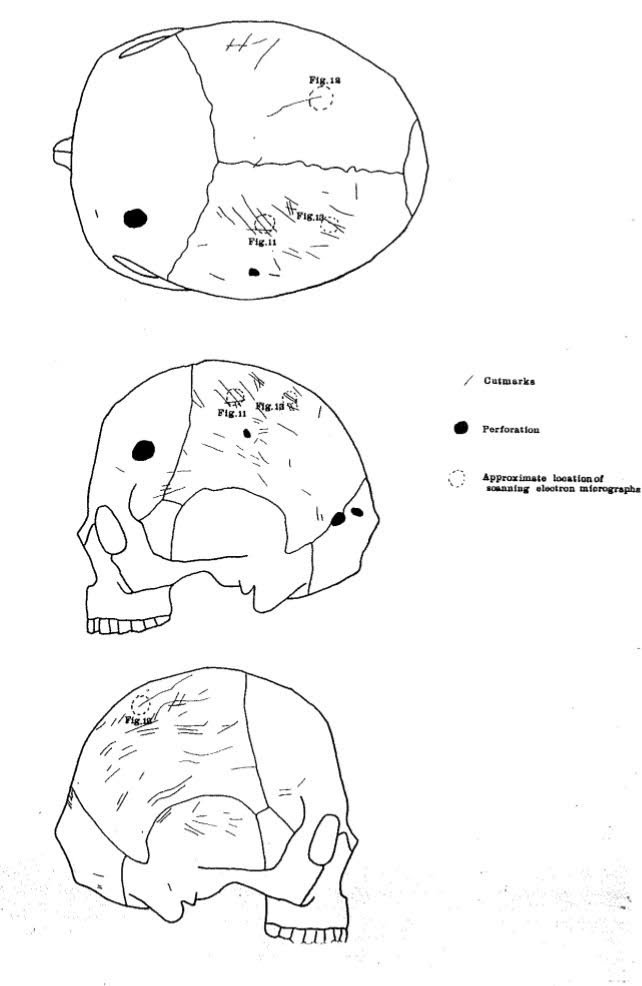 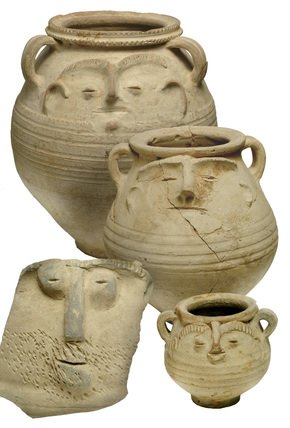 A series of fine cut marks suggest that flesh was removed from the teenage boy's skull - presumably for ritual purposes and display. /6 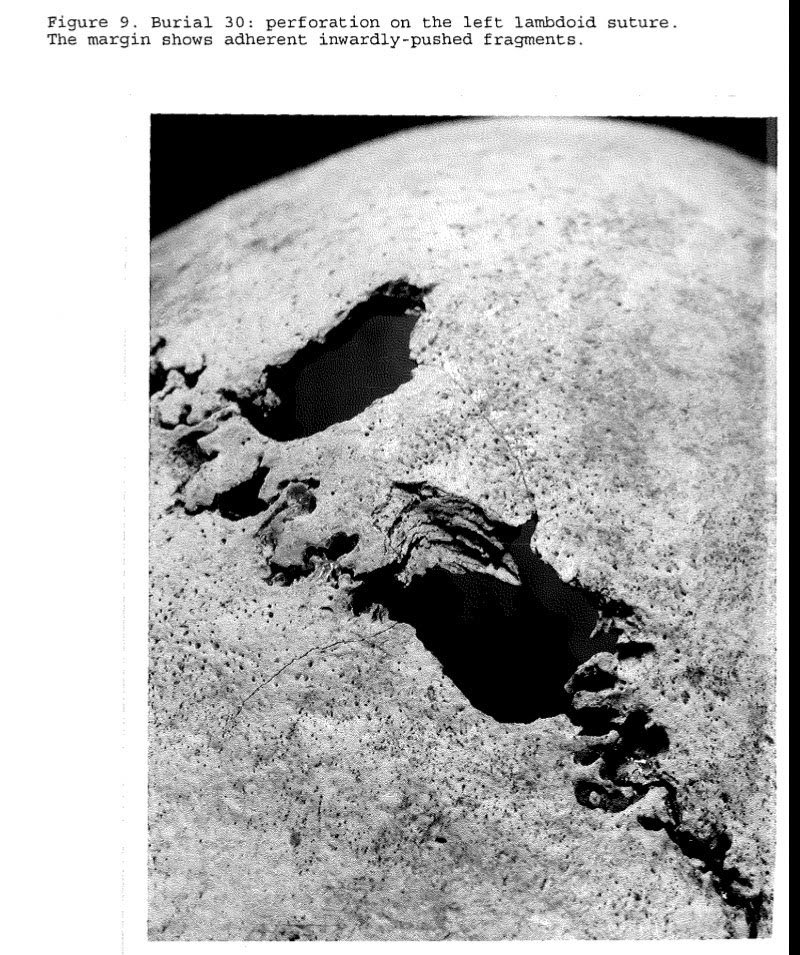 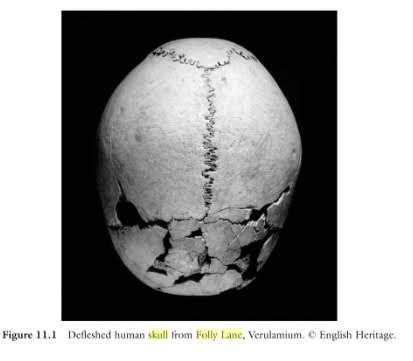 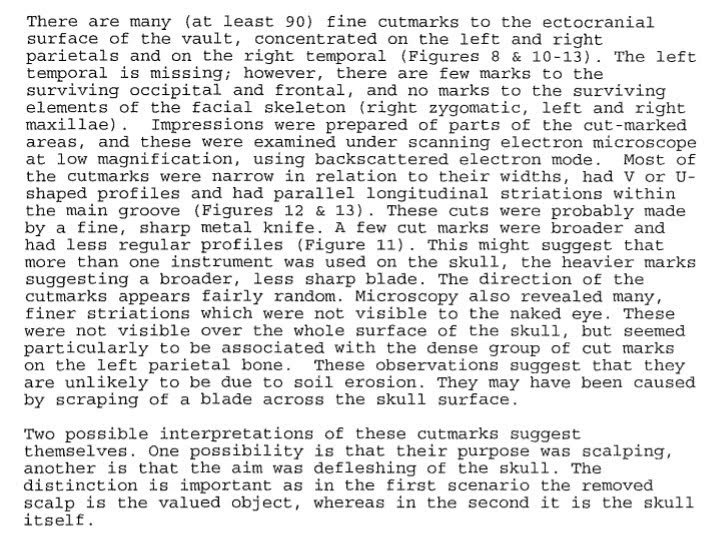 Further analysis suggests that the defleshed skull was exhibited on a pole inside this ritual funerary complex for some time before the skull was thrown in a pit. /7 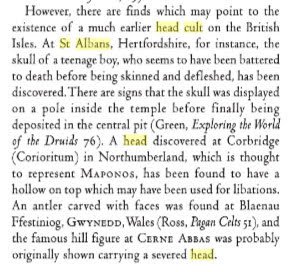 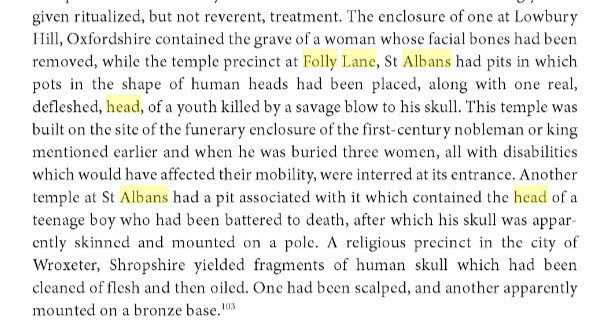 The kicker? Archaeologists dated this find to around 200CE, around 150 years after the arrival of the Romans!

In a complex not too far away from the Roman town, human sacrifice was most likely being carried out... /8

The skull of the teenaged boy is not the only ritually-disposed skull we've found in Britain. Some have been found in rivers, streams & pits. Even the Romans are known to have decapitated their enemies & displayed them. /9

It *IS* fairly unique in the evidence of defleshing. The lack of wear suggests that the skull, prior to its disposal, was a venerated, treasured object. A cult object, dedicated to a localised Romano-British 'head cult'. /10

What makes this more fascinating is that papers by archaeologists and historians suggest that the story of England's 1st saint, Alban, was influenced by memory of the head cult.

He was traditionally beheaded on the hill outside the town, near where the Abbey stands. /11 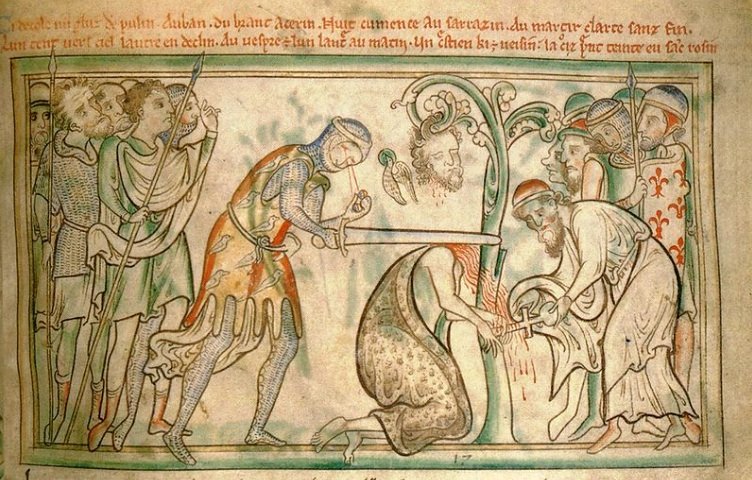 There's certainly enough in the legend to suggest the influence of earlier, Celt beliefs on the Alban legend - in particular, a spring emerging near where his head landed following decapitation - springs being exceptionally revered by British tribes. /12

Indeed, it's been suggested that the Alban legend was kept alive by a return to devotion in the head cult complex until the revival of Christianity centuries later. /13

Basically, I think that - and pardon my French - it's fuckin' wild that we have evidence to recreate a timeline of belief over two millennia from these finds, and other evidence.

Especially one that begins with such a grisly act. /14 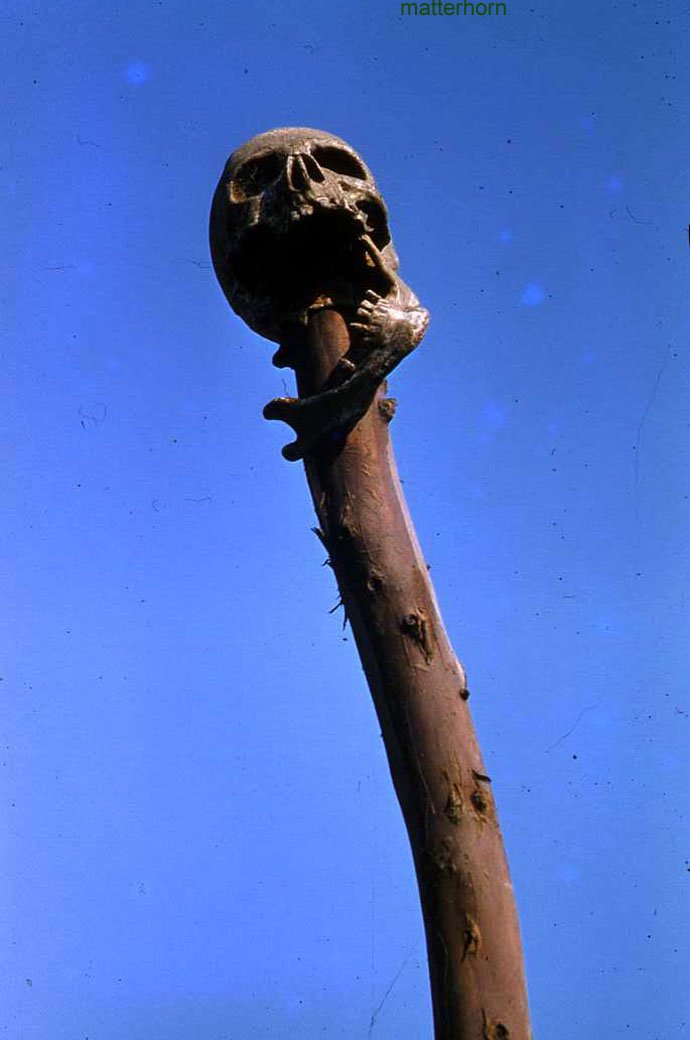 Turns out the 'old ways' never really die, they just adapt. Memory is a fluid, flexible thing, and that's perhaps how our stories last longer than many buildings.

Still, I'd watch your back if you headed down At Alban's way... /FIN

PS. I'll put up some of the papers that discuss in a Google drive if anyone is interested. Just let me know.