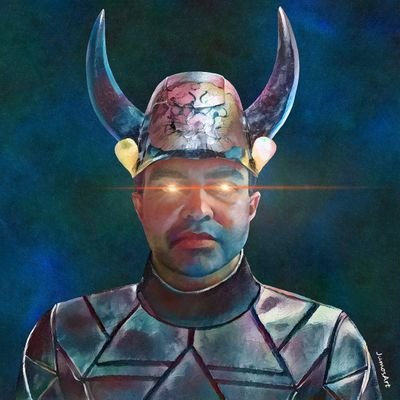 1/ Google is working on a new search engine code-named "Dragonfly" that will aid China's effort to censor information from its citizenry. 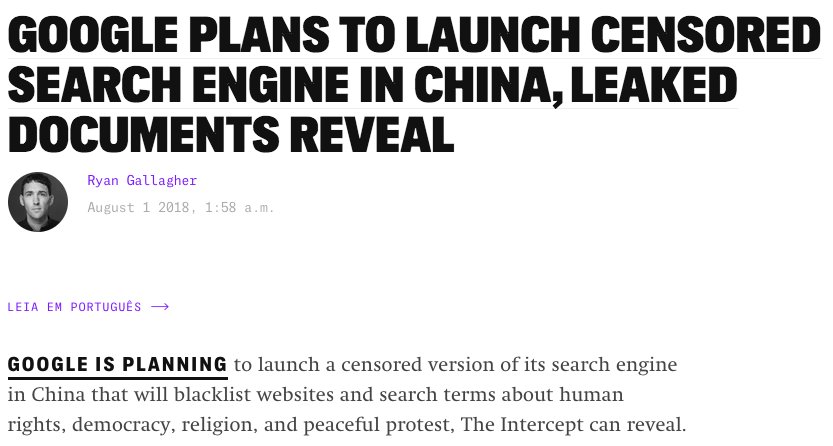 2/ I previously shared that in 2006 I was an engineer who worked on Google News and was asked to write code to censor new results in China.

I've found some emails from 2006 that shed more light on the censorship requirements of the Chinese state.

3/ The emails I'm presenting came from a mailing list at Google where employees discussed topics on politics and economics. I have formatted the emails for readability and redacted the names of my colleagues, with whom I was debating. The topic was the 2008 Olympics in China. 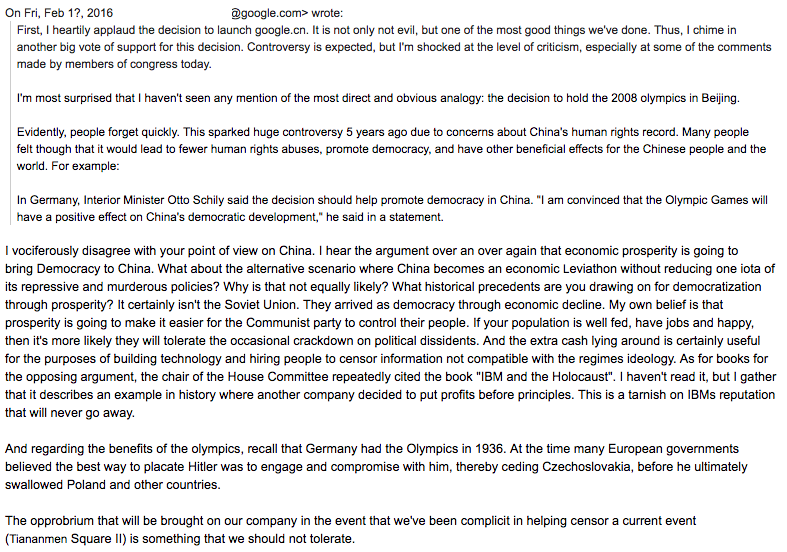 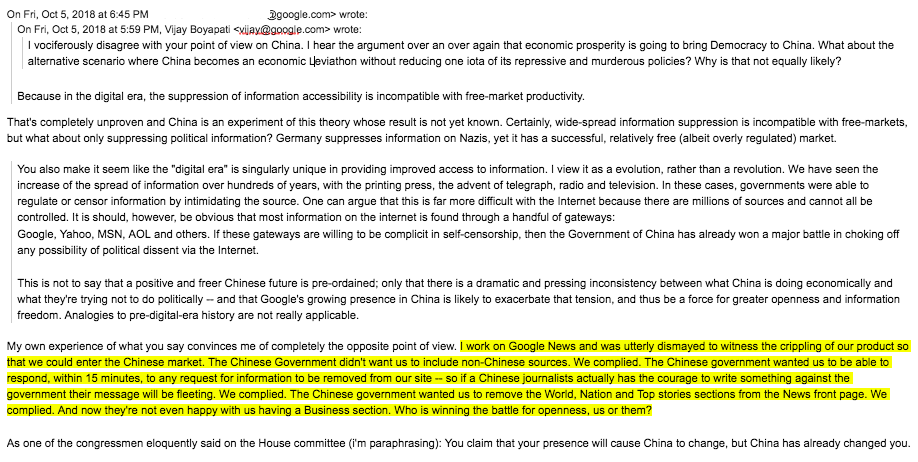 5/ It is very likely that the same censorship requirements will apply to the Dragonfly project that Google is currently working on and perhaps the requirements have become even more stringent given Google's new willingness to comply with the Chinese state.

6/ The other thing I find disturbing, after all these years, is the willingness of my former colleagues to not only comply with the censorship but their enthusiasm in rationalizing it. It is not a coincidence that the rationale they give was the same one management had given them

7/ As Blaise Pascal trenchantly observed in Pensées, *power creates opinion*. This is just as true within corporations as it is for national politics. There are benefits to toeing the line, plus obvious disadvantages to dissenting (e.g., risk of being fired).

8/ My colleagues, although they may have been well intentioned, were just regurgitating the reasons Google's management had given for its first foray into China.

The real problem, then as now, is that management seems to have no moral compass.

9/ For many people there is little difference between what is legal and what is moral. This mindset is especially dangerous when it is held by people in power, such as Google's executives. The mindset is: if it's a legal requirement to censor, then we should do it.

10/ The desire to comply becomes even more urgent for executives of large profit-seeking corporations because it gives them access to massive and lucrative markets. Without a strong moral compass, the temptation is far too strong for most of them.

11/ As I previously tweeted, Sergey Brin is a notable exception to this temptation, and he is reported to be the reason that Google left China in 2010:

12/ Unfortunately, Brin's influence in Google's decision making seems to have waned and the new management seems not only willing to be complicit in censorship, but to lie about what it's doing:

13/ I encourage employees of Google who have been asked to work on censored products to stand up against these requests, as I did in 2006, and make it known that Google's willingness to censor is immoral.