One thing I love about archaeology are those moments when a ‘scene’ is discovered, ‘frozen in time’ by something. I’ve talked before about the exploded skulls at Herculaneum, & I feel much the same way about Minoan remains found at Anemospilia, on the island of Crete... THREAD /1 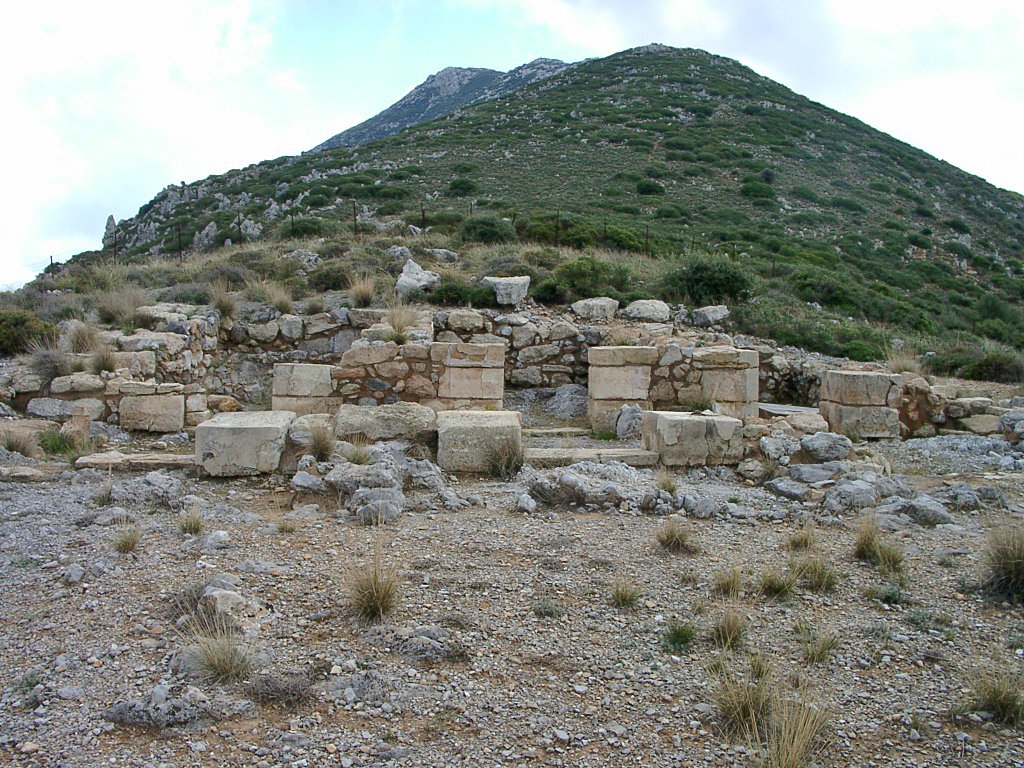 We’re not sure what deity the ‘temple’ found at Anemospilia was dedicated to, but it appears to have been in use around 1700 BCE. It consisted of 3 rooms in a row, with a corridor connecting them. Pots, votive objects, altars & other finds suggest its religious use. /2 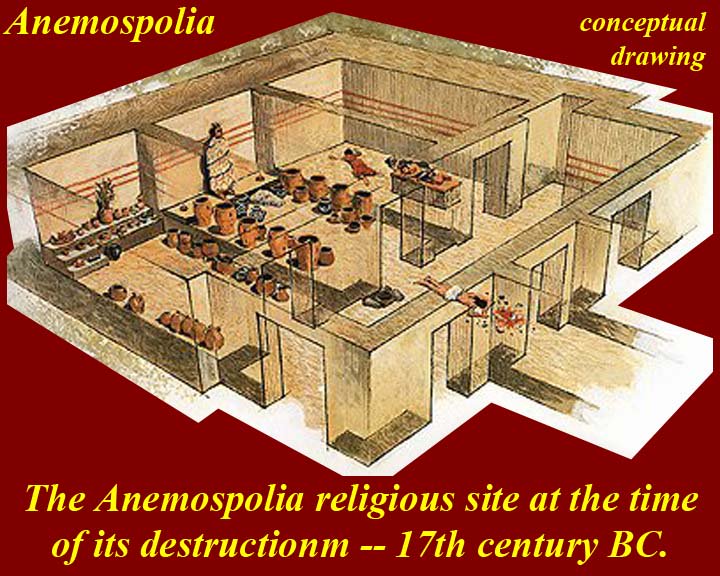 A skeleton was found in the corridor area, positioned as if he’d been crushed by falling masonry. He was holding a vase, of the kind used when the Minoans sacrificed bulls. Archaeologists think he was trying to hurriedly leave the temple when he met his end. /3

The most interesting - and curious - finds came from the western-most room. Three skeletons were found here. A man and a woman appear to also have been crushed by masonry and burned in an ensuing fire. It is thought that they may have been fulfilling a priestly role. /4

However, it is the third skeleton that has made this site the centre of debate by archaeologists. A young man appears to have been placed on an altar in the room, his legs positioned in a way that suggests he’d be bound. A bronze blade was found lying on his bones. /5 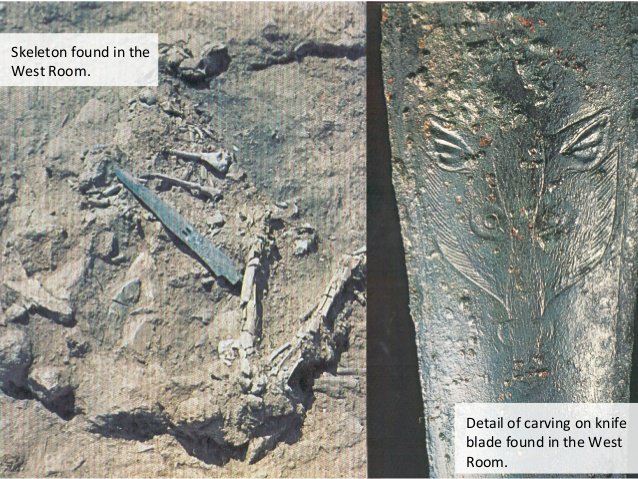 Now, archaeologists will be the first to tell you that may not be as it appears. There are many alternate explanations and justifications for what was found at Anemospilia. However, one thing is for sure - these people were in the middle of a ritual when their world ended. /6

Scientists and archaeologists are confident that Minoan civilization took a massive hit sometime around 1600 BCE, with the volcanic eruption of Thera, leading to their eventual decline. Could this ‘scene’ be the result of a seismic event during that period? /7 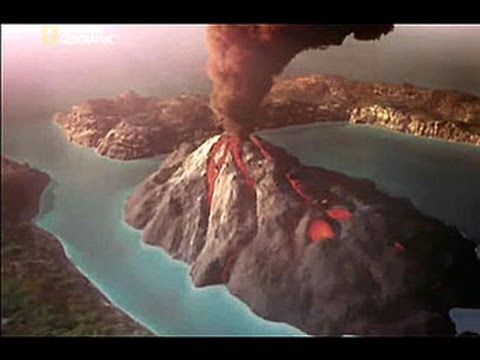 If the ‘scene’ found in the ‘temple’ was a human sacrifice, was this a regular event, or a dramatic move designed to placate the gods? They’re not the only Minoan finds that suggest human sacrifice took place. /8

In 2007, pieces of skull, split at the ‘seams’ in a ritual manner were found at Chania, site of the old proto-Minoan palace known as Kydonia. They belonged to a young woman, & were found in among the remains of pigs, chickens & other creatures more associated with sacrifices. /9 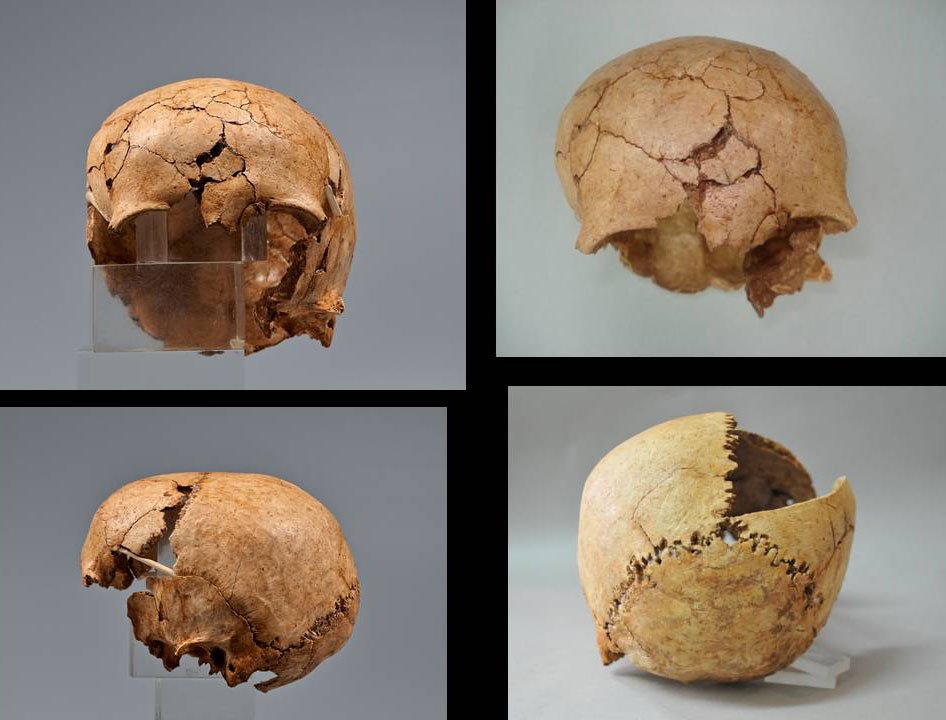 If there was human sacrifice practiced by the Minoans, was it a ‘standardized’ procedure to placate the gods responsible for shaking the earth, or was it a ‘last minute’ thing, one last roll of the dice to stop the world from ending? We’ll just have to keep digging… /10

If you’d like to know more about the Anemospilia find, this site has a good run-down. /11  http://www.minoancrete.com/anemospilia.htm

For something a little more prosaic and in depth, the archaeologists responsible for the find wrote about their discovery here. /12  http://kretareis.glukorizon.nl/modx/assets/files/drama_of_death_in_a_minoan_temple.pdf …

If you’d like to know more about what they found at Kydonia, this is also a good summary. /12
https://www.newsweek.com/ancient-greece-shocking-dismembered-human-skull-reveals-ritual-sacrifice-755549 …

Hope you enjoyed that - these finds, and the questions they raise are more engaging to me than any whodunnit, and I hope you feel the same. /FIN