How to verify the date of a photograph using a range of open sources? Here's our latest @Bellingcat guide, and it's an intriguing one:

On October 11, 2014, a Facebook profile to a person named “Ruslan Boshirov” —the cover identity of Skripal suspect Chepiga— posted a lone photograph of Prague, showing the heavily trafficked Old Town Square and the Astronomical Clock. 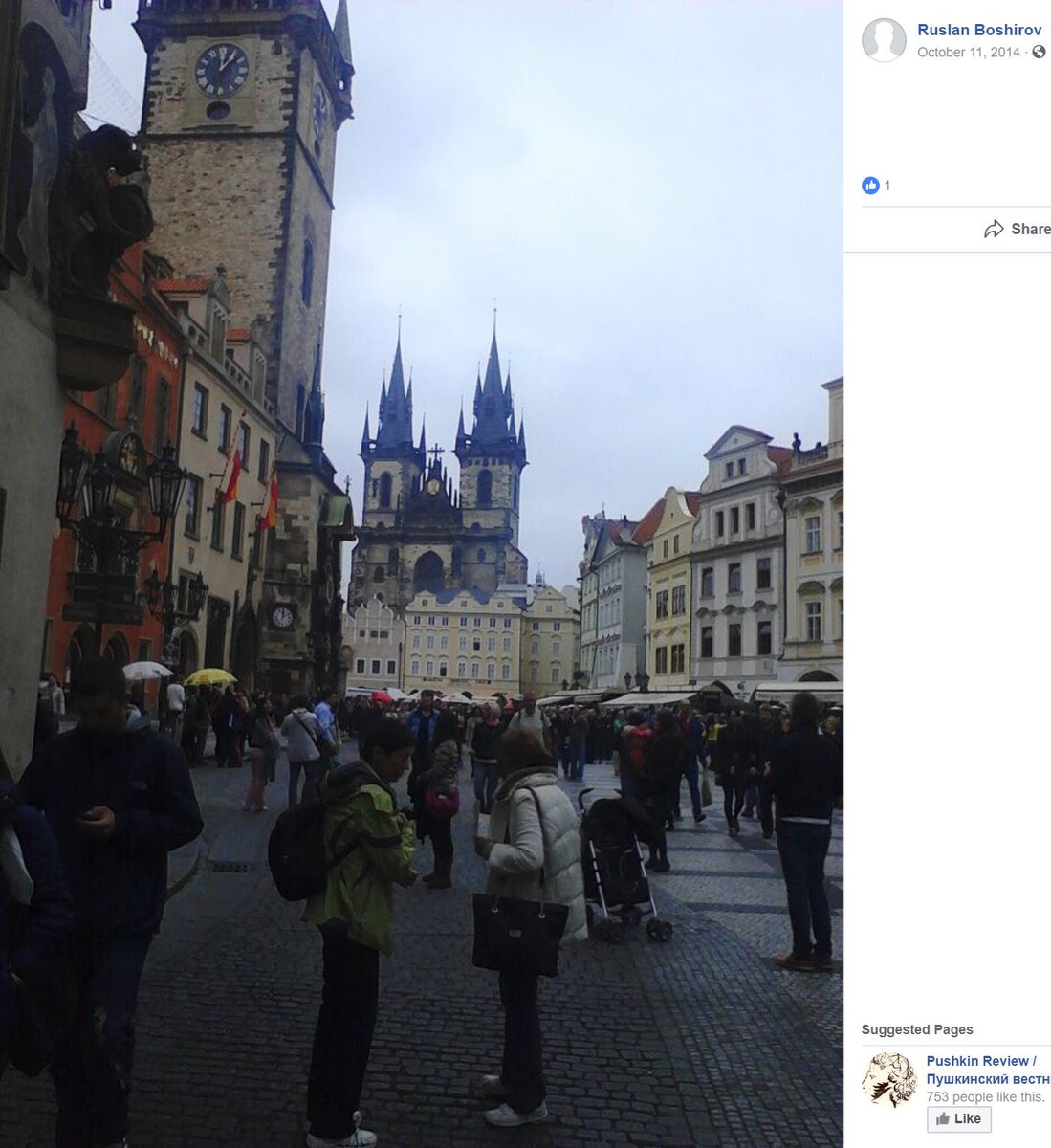 The upload date of this photo coincides with a report from Czech media @Radiozurnal1 that “Boshirov” visited Prague on October 11, 2014.  https://www.irozhlas.cz/zpravy-domov/double-agent-sergey-skripal-followed-prague-russians_1810101220_miz …

The @DailyMailUK reported —take it with a grain of salt— that “Boshirov” created this Facebook to add stay in touch with a Ukrainian lady he had met in Prague. She was his only Facebook friend before she unfriended him.  https://www.dailymail.co.uk/news/article-6135859/Novichok-suspect-ONE-friend-Facebook-Ukrainian-woman-met-five-years-ago-Prague.html …

It's unclear if this Facebook profile actually belongs to “Boshirov” — but determining the time when the lone photograph was taken is an interesting case-study. Here's how we (the @Bellingcat Investigation Team) did it.

Step 1: Geolocate the photo. (That's very easy: it's Prague. In case you don't recognise it, this is such a heavily photographed location that even a reverse image search will tell you where it is.)

Step 2: Find a temporary detail. (This is harder. It could be weather, seasonal detail.. but since there's such a huge array of reference material to compare against, we start looking for a temporary detail. Have a closer look at the photo, what could it be?) 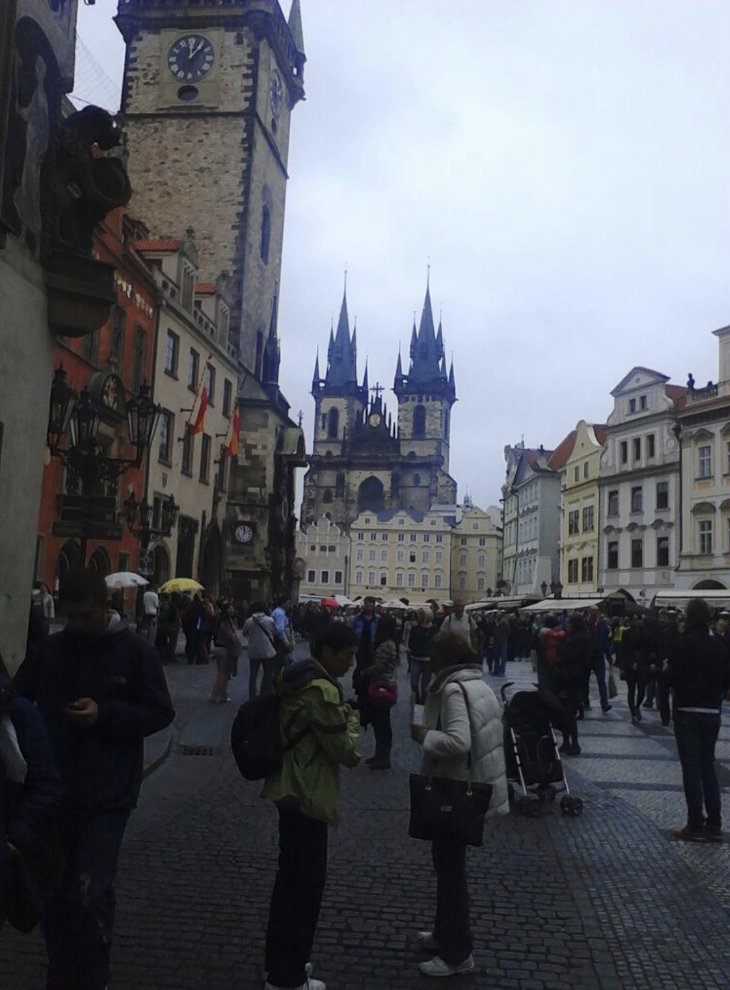 There's one key detail that allows us to drill down the time of the photo within a few months. On the Facebook photo, in the distance, just faintly, there is a yellow building visible below the church where there are three words, with black squares flanking them. 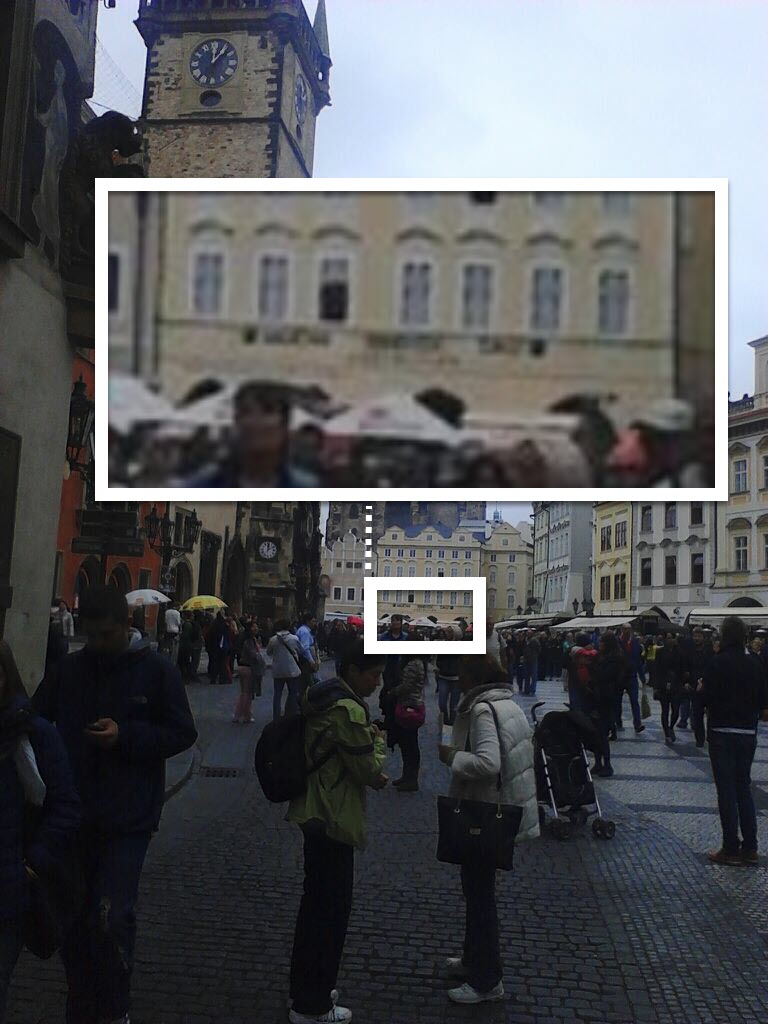 This tiny detail is our gateway to determining the potential dates of the photo. By using a combination of targeted searches on social media and other platforms, we gather as much visual footage of the area as possible to establish a timeline when black squares + names appeared.

Navigate to @googlemaps, then hold the yellow person over the area of interest, and look at Google and user-generated photos of the area. Each of the photos, many of which are 360-degree panoramas, provide a month and year of upload. 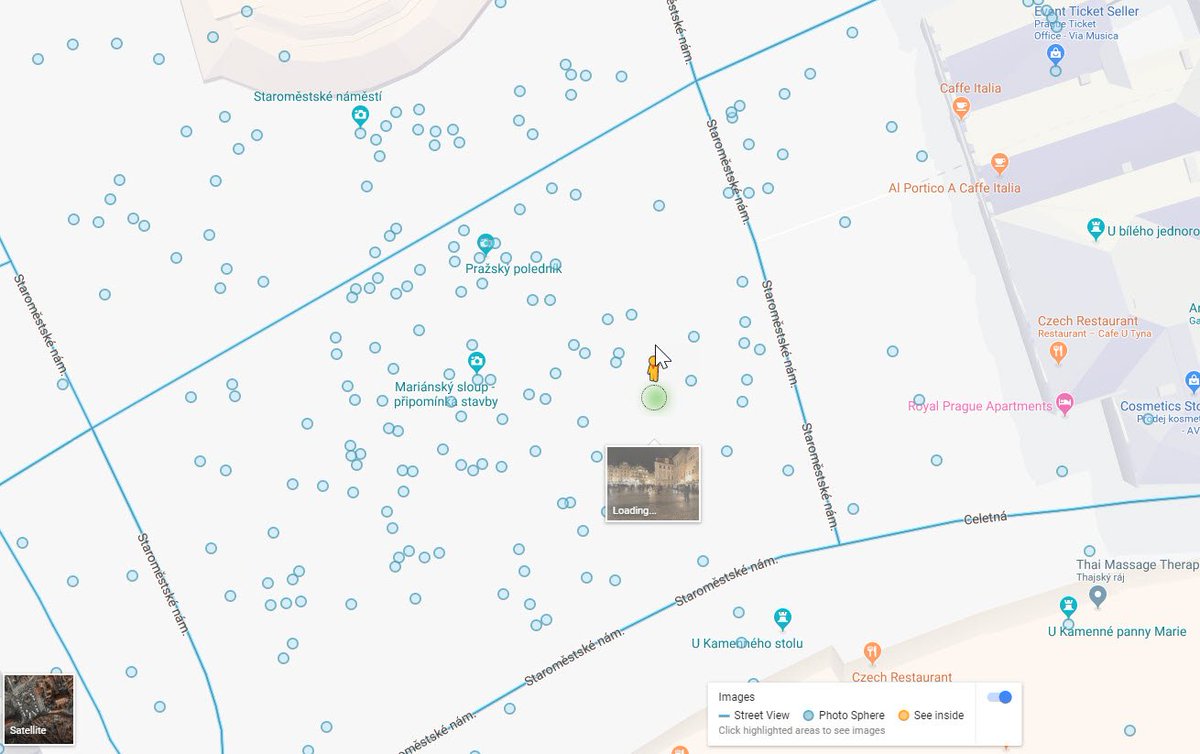 Along with Google, the Russian service Yandex provides user-generated photos from a particular area. From Yandex Maps, turn on the “Photos” option under panoramas to make a layer appear of photographs geotagged for that location. 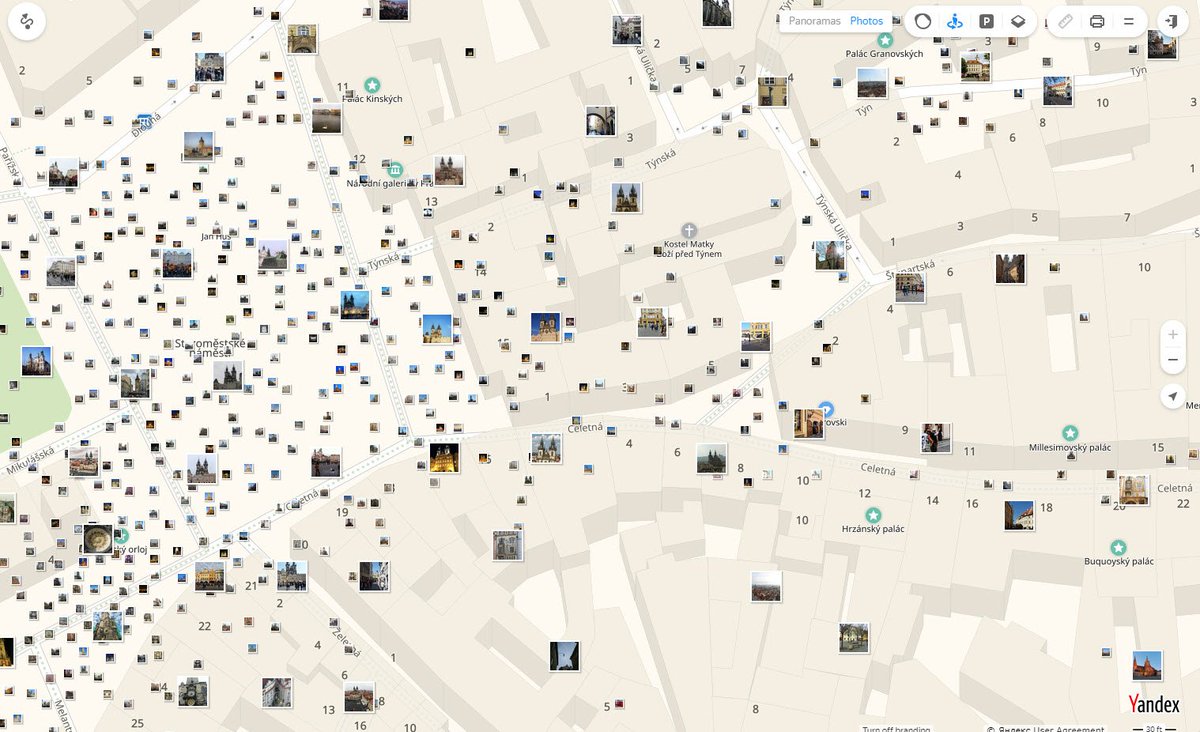 We can also use user-generated photos posted on social media, e.g. the Russian social medium VKontakte (VK). After logging in, you can run this search by using the query “near:[coordinates]”. You can select only “Photo” attachments to further filter the results. 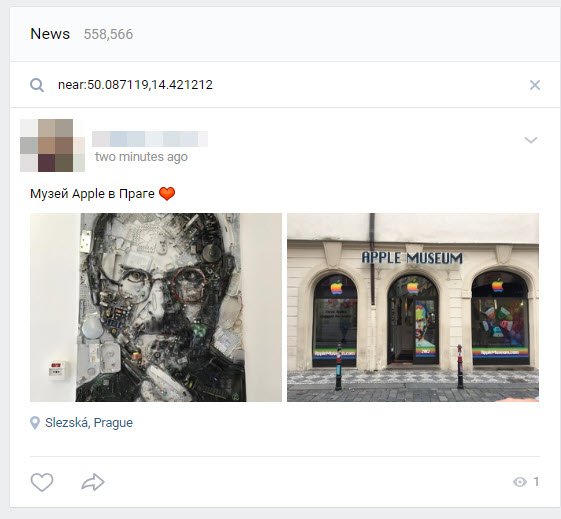 A large amount of reference material can be found on tourist and review sites, like Foursquare, TripAdvisor, and Yelp. 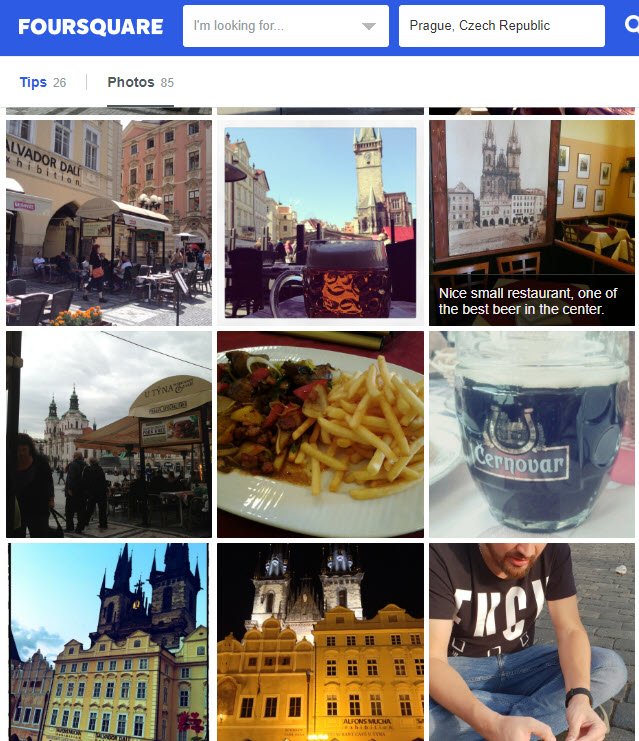 A very powerful (paid) service to conduct geobased searches is @echosec_uk, which aggregates many of the aforementioned services on a map, and allows you to filter per date and even time. 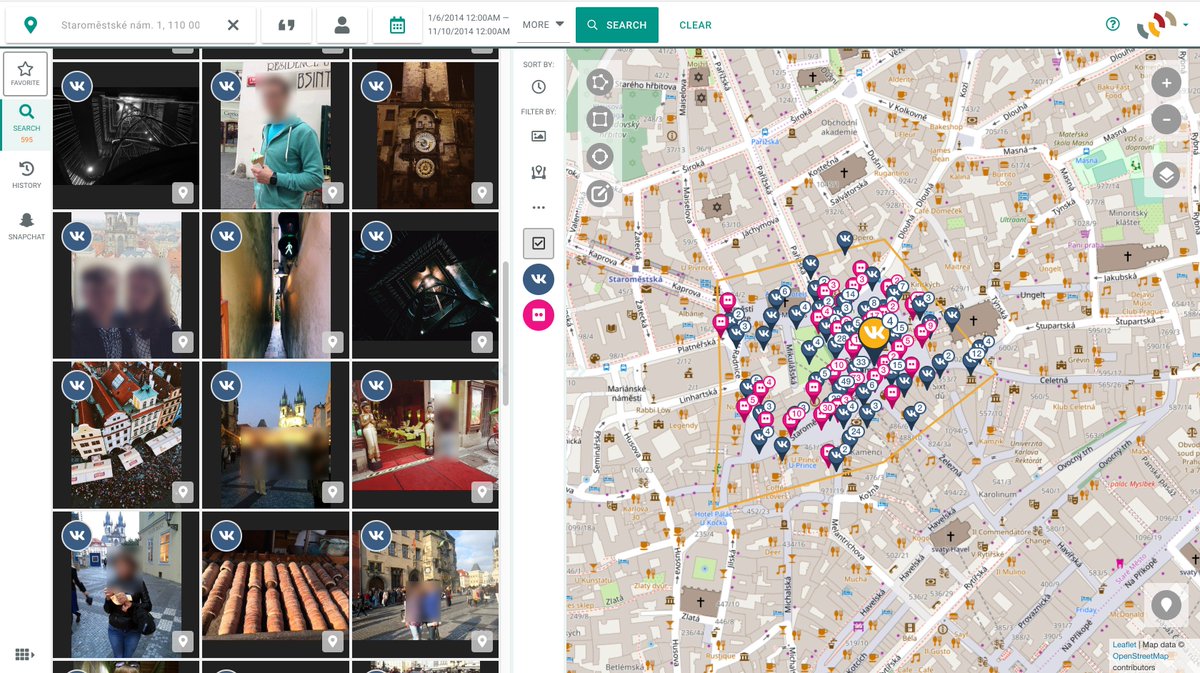 By searching through these services and platforms, we were able to determine the approximate time during which the design of the front of the building was established, and thereby that the account took the photo between June and October 2014. 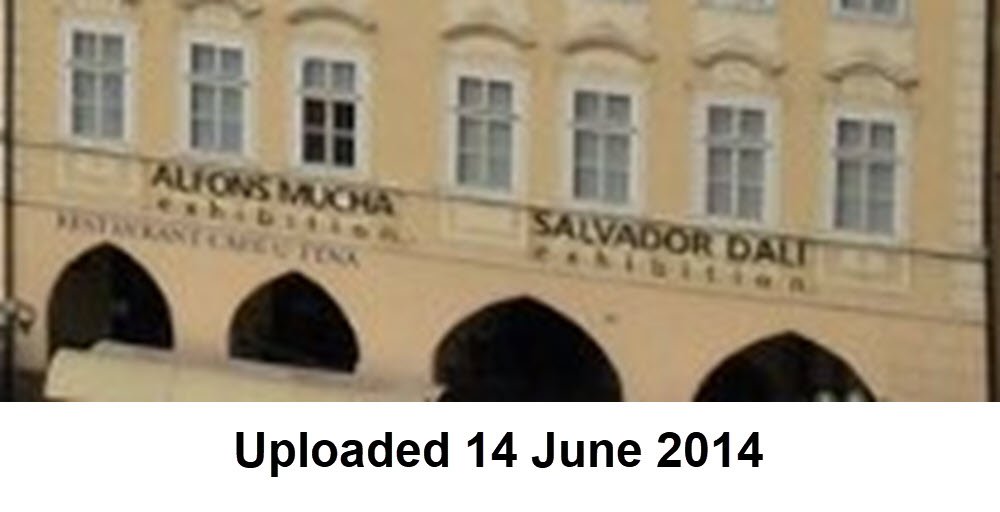 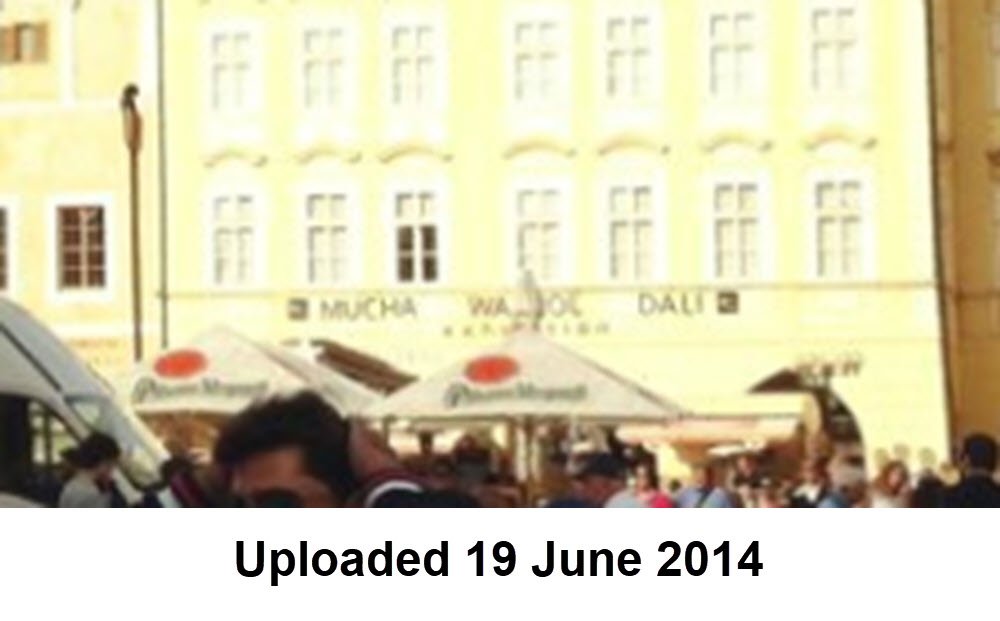 All of this played out on the @Bellingcat Slack, with several members looking into temporal details. (Including dead ends.) Big up for @AricToler who described the method (which can be used for a lot of cases) in this guide:  https://www.bellingcat.com/resources/how-tos/2018/10/24/dali-warhol-boshirov-determining-time-alleged-photograph-skripal-suspect-chepiga ….

— Facebook
— Mikhail Krug (a well-known “shanson” singer with a repertoire about criminal life, i.e. “I'm Not Guilty” and “She Didn't Turn Me In, So She Must Love Me”. H/t @christogrozev.) 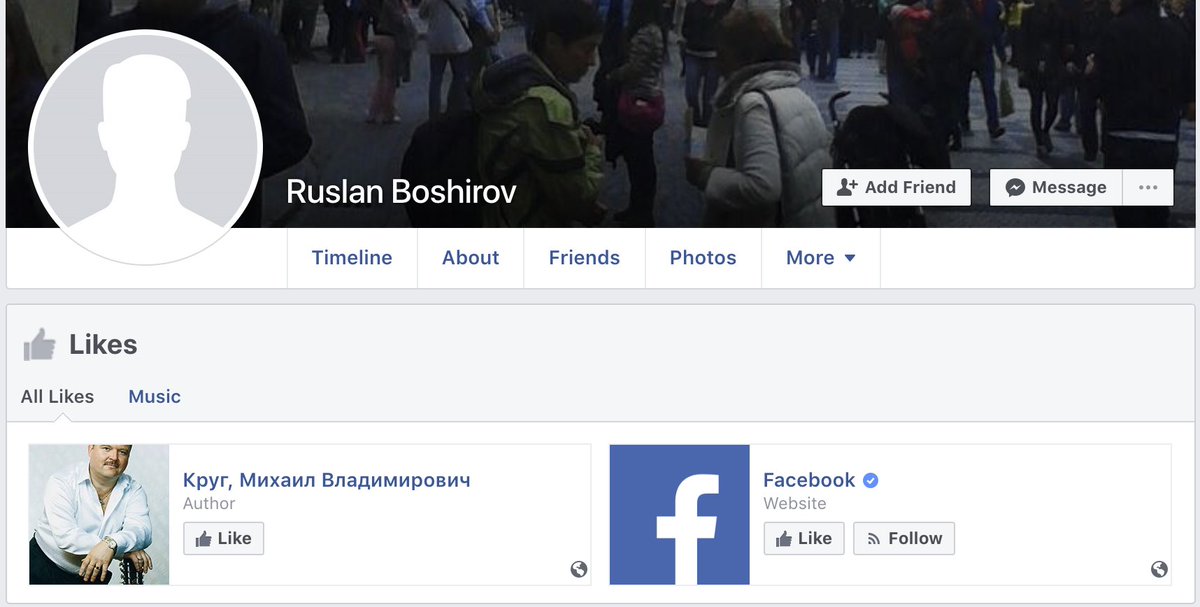