You may have seen the story of the ‘golden mouth piece’ found in a Roman grave in York, identified after 150 years - one of a handful found worldwide, the only one in the UK. It may have been used to stop malign spirits from entering the body, and that got me thinking… THREAD 1/ 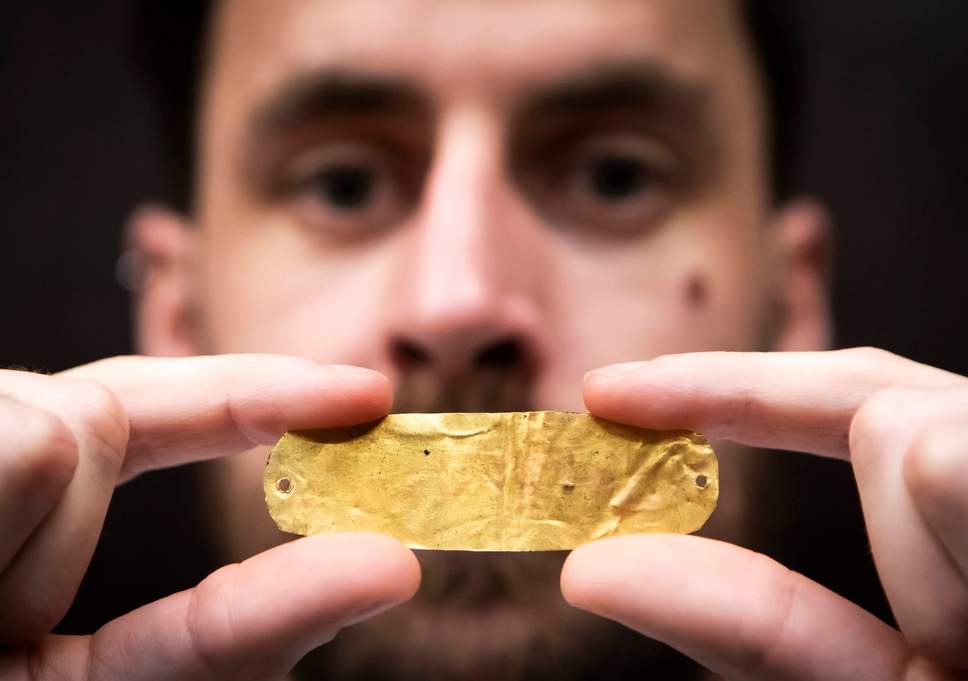 Across time & space, humans seem to have been terrified of the dead getting up and walking - to the extent they would do all manner of things to stop it from happening. Europe is particularly fertile soil for this belief, as ‘deviant burials’ (as of, from the norm) attest. /2

Perhaps the oldest evidence of a ‘deviant burial’ to keep the dead in place comes from Dolní Věstonice in the Czech Republic, dating back 37,000 years. Bones of two men and a woman, sprinkled with red ochre were found. A stake had been driven through one man's groin. /3 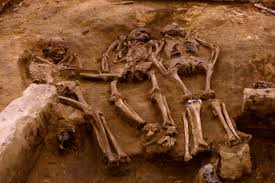 Another ancient burial site that we think was manufactured to stop the dead from rising dates from 4,000 years ago. Skeletons were found weighed down by rocks at Mikulovice in the modern Czech Republic - differing from other graves found in the area. /3 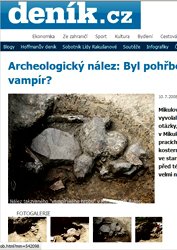 Just last year, a Romano-British skeleton was excavated in Stanwick, Northamptonshire, dating from between 200-400 CE. The skeleton was buried face down, the tongue had been removed and a stone placed in the mouth. Effort had been expended to contain whoever was buried here. /4 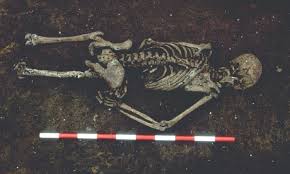 A few years ago, a ‘witches’ graveyard’ was found near Lucca in Italy. The find that led to this name being given to the site was the 800 year old skeleton of a woman, between 25 - 30, with 8 nails in her jaw & 13 surrounding her. She had dice with her - forbidden to women. /5 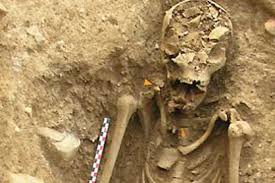 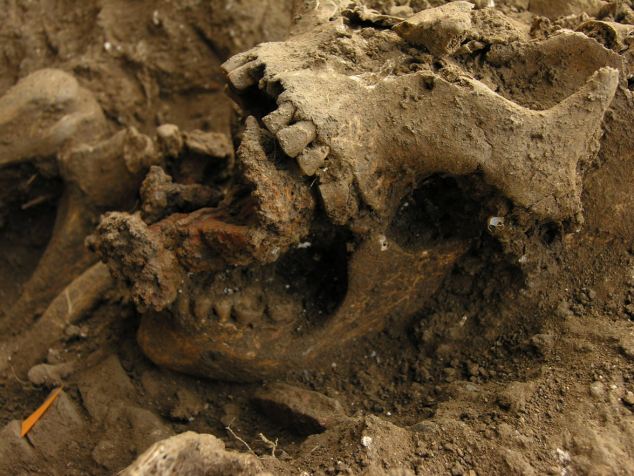 Poland is a country with a number of deviant burials that infer a wish to stop the dead reanimating. At Górzyca, 3 14th century graves were found just outside a cemetery. A woman was buried face down, knees broken. One man was decapitated, another's head boxed in with stones. /6 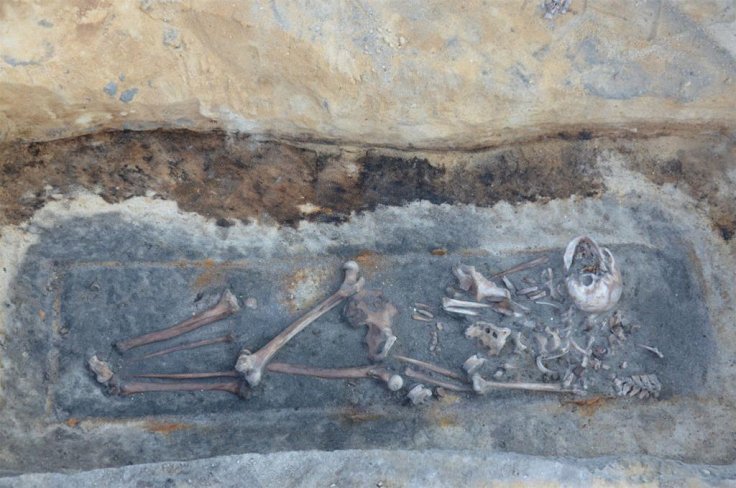 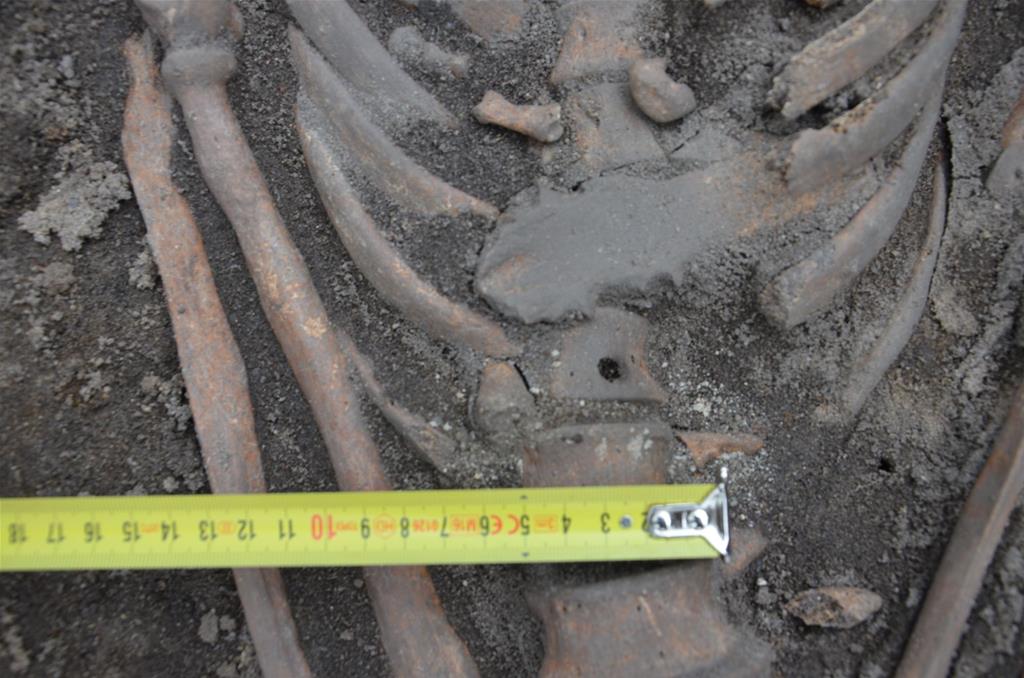 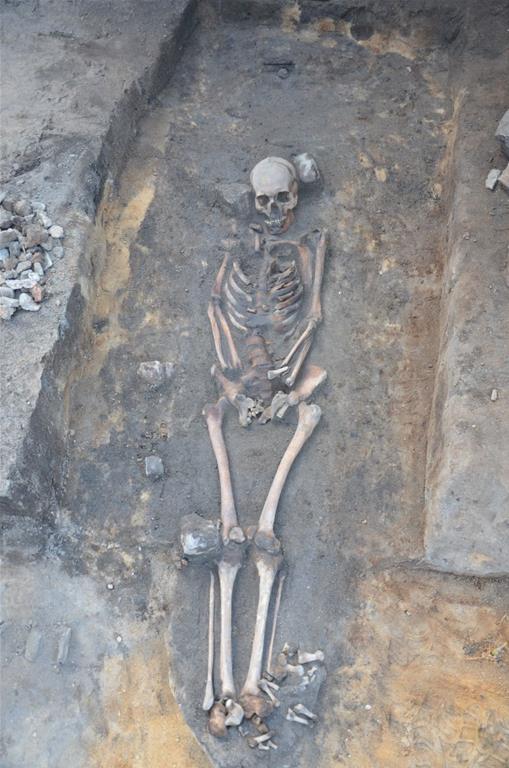 Other burials at Drawsko, dating from between 1600 and 1800, were interred with a sickle across their neck - designed to slice the head off, should the body start moving and digging its way out of the earth. /7 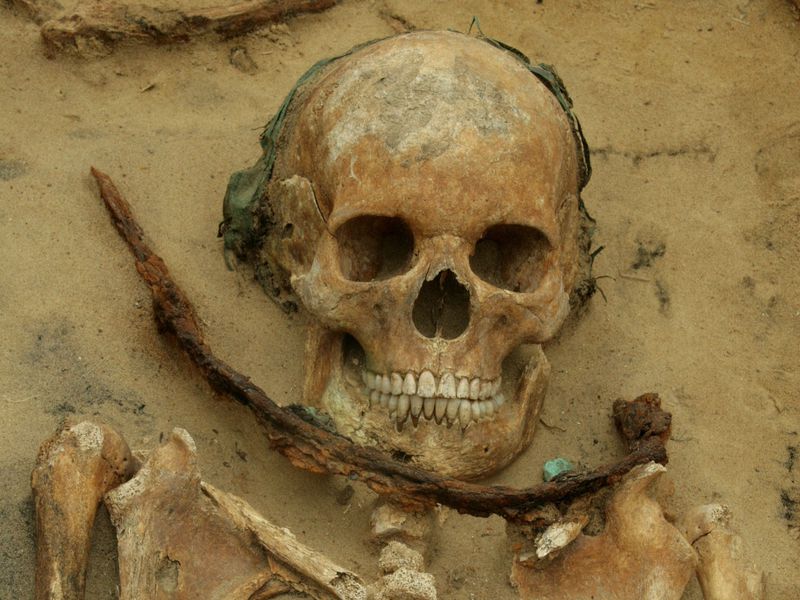 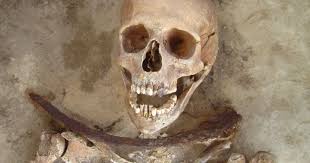 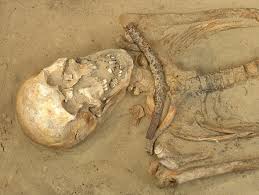 One of the most famous deviant burials with a link to the undead was the ‘Vampire of Venice’, a young woman found near the city with a large brick stuffed in her mouth - later the subject of a @NatGeo documentary. She died during an epidemic in 1576. /8 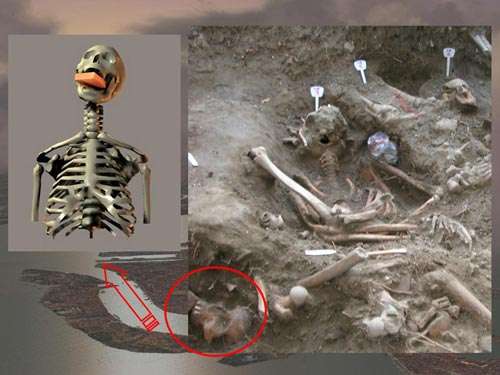 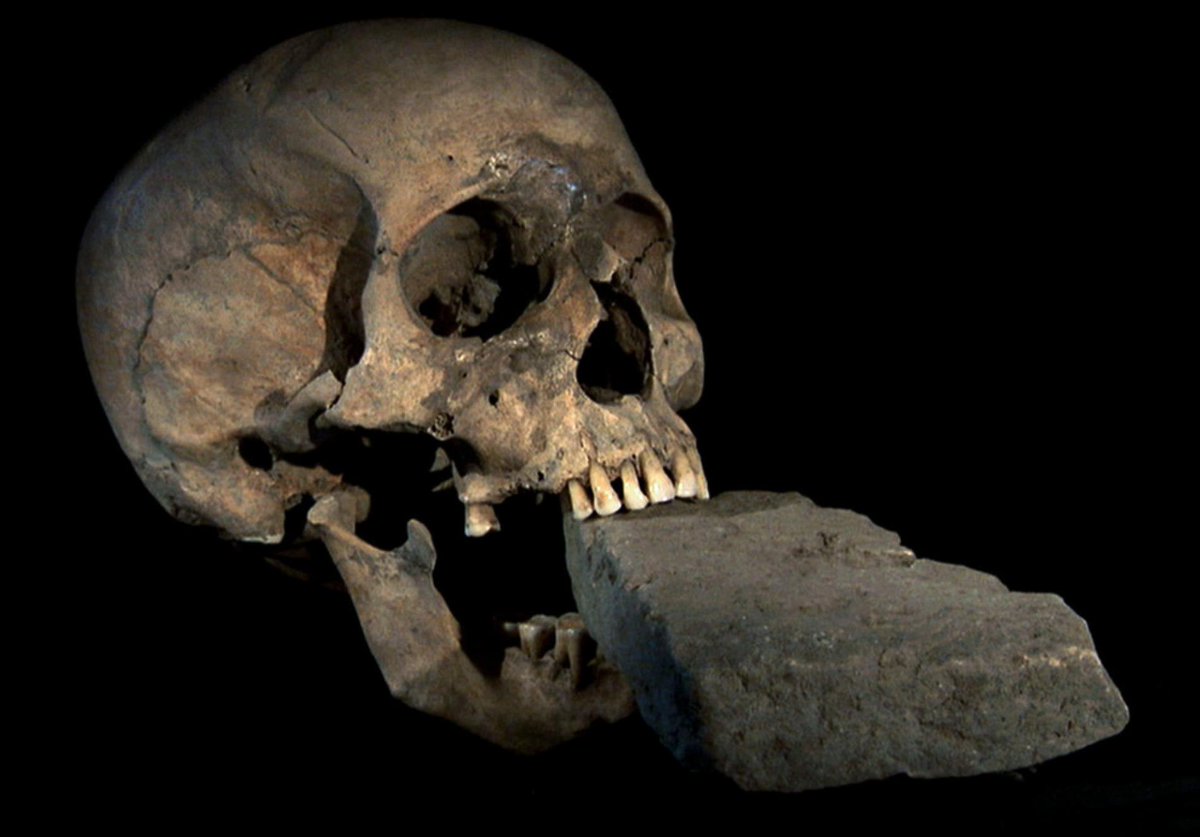 As recently as 1704 we here of deviant burials occurring on our own doorstep. Lilias Adie, a Scottish woman accused of witchcraft was buried on the Torryburn foreshore under a huge slab - no way she was getting out from under that! /9 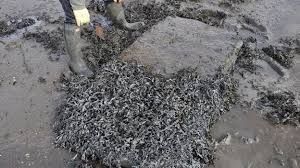 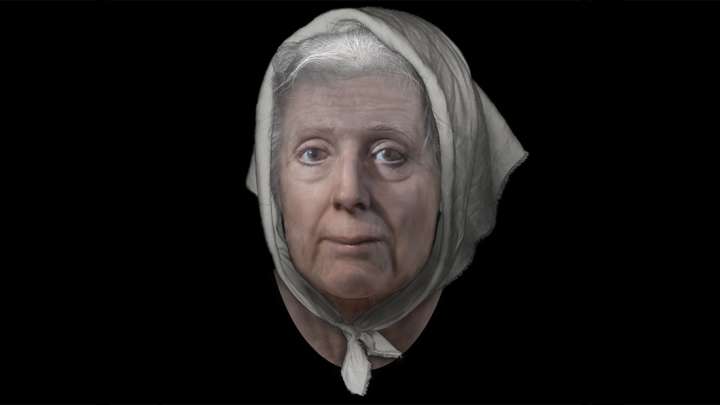 It must be stated - these are just a few of the burials that have been found that were thought to ‘keep the dead in place’. There are hundreds more discussed at length in literature. There are also other explanations offered for many of them, and they must be considered. /10

So why were people subjected to these indignities? Ignorance regarding specific illnesses has been posited as one explanation. Deformities could been seen as evidence of a curse, mental illness a sign of possession. Various diseases can also cause comas or death-like states. /11 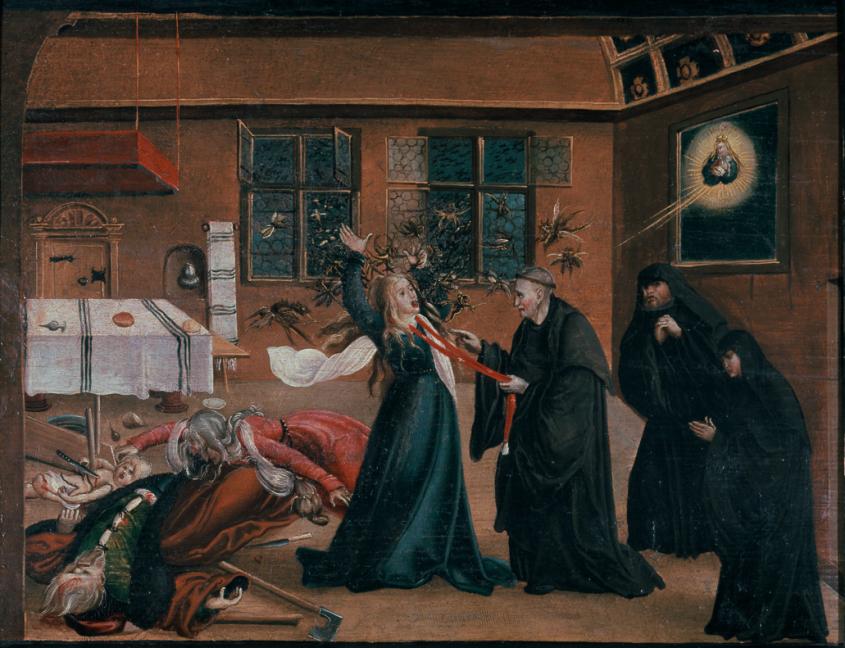 Criminals, ‘free-thinkers’ & those who chose to live outside society could also be marked for burial in this way - a means of quarantining their ‘evil’. ‘Witch’ burials seem to embody this idea most strongly - think of the dice buried with the italian woman near Lucca. /12 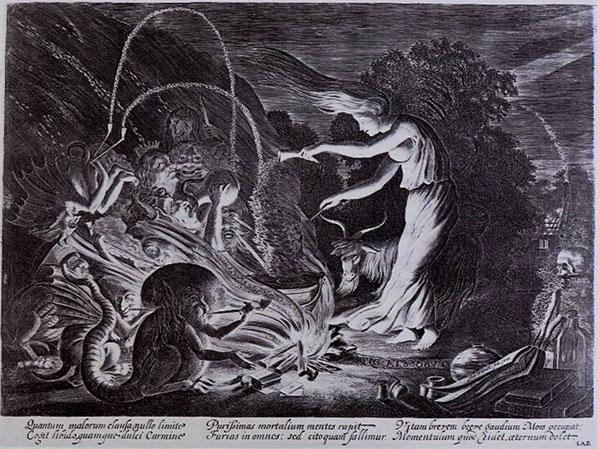 Suicides were often thought to walk as the ‘restless dead’. When the alleged ‘Ratcliff Highway Murderer’, John Williams, committed suicide in 1811, he was buried vertically, staked, at a London crossroads, ensuring that he’d never trouble the populace again. /13 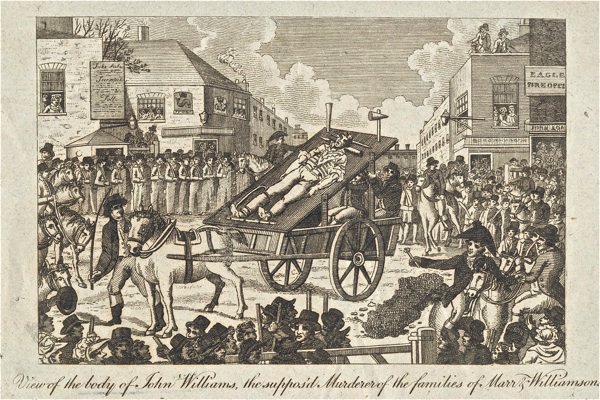 Finally, the natural process of decomposition could make people think that the dead were capable of reanimating. Bloat could be seen as evidence of feeding, as could blood around the mouth. Nails and hair grow after death. Sounds from a decomposing corpse are not uncommon. /14 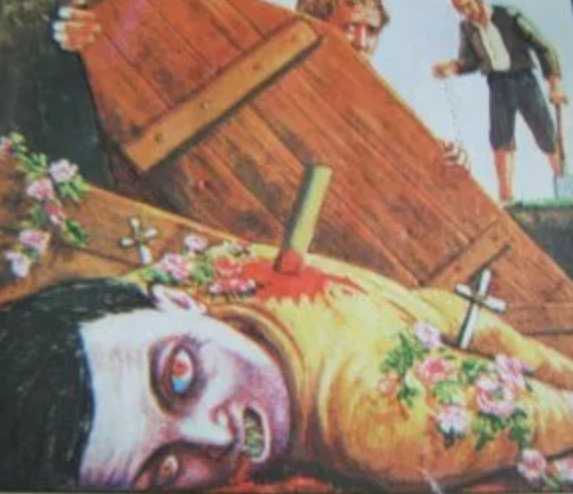 So yeah, I’m fairly sure that the York mouthpiece was an attempt to prevent reanimation. It would fit a long, long pattern of similar practices and beliefs across time and space. Hell, it’s one that some still believe on the European continent. /15

I’ll leave you with this - in 2004, police were called to Marotinu de Sus in Romania regarding reports that villagers had exhumed relatives, staked them, removed their hearts, burned them and drunk the ashes. All to stop the departed from getting up and troubling them… /FIN 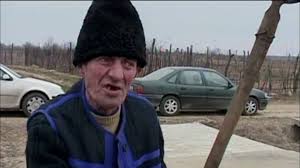 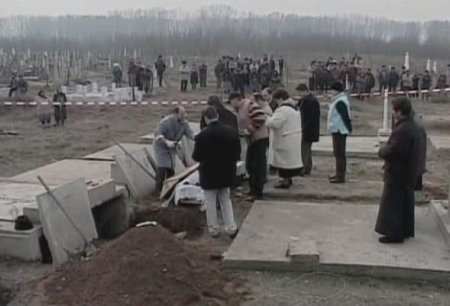 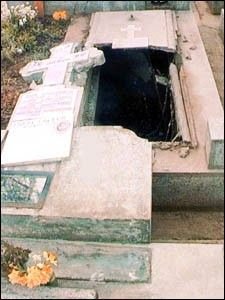