On Halloween, I’m not going to talk supernatural. Let’s talk about something darker & closer to home. If your family hails from Europe, or parts of Australia, perhaps your forebears delighted in the darkness that I will describe. Let’s talk about a visit to the morgue! THREAD /1 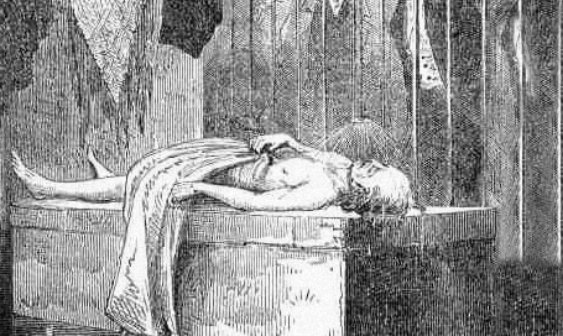 Morgues have existed for hundreds of years, but thanks to the Industrial Revolution, their use exploded. For the first time, people were dying in quantities away from home (as was fairly normal) & many were unclaimed or unidentifiable. Authorities needed a way to manage them. /2

Perhaps the most well-known morgue in the 19th century was that in Paris. A large, city, with a wide river through it, a morgue was absolutely essential. Those found dead in alleyways, or pulled with hooks from the Seine, needed a place for identification before burial. /3 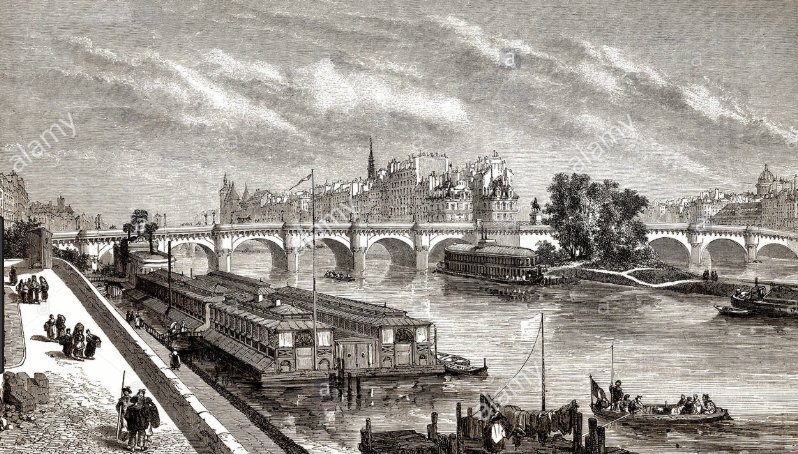 The thinking of Parisian authorities was that by opening the doors of the morgue to the public, it would be easier to identify bodies and apprehend murderers. What they didn’t count upon was the dark attraction that the unclaimed dead had for Parisians. /4 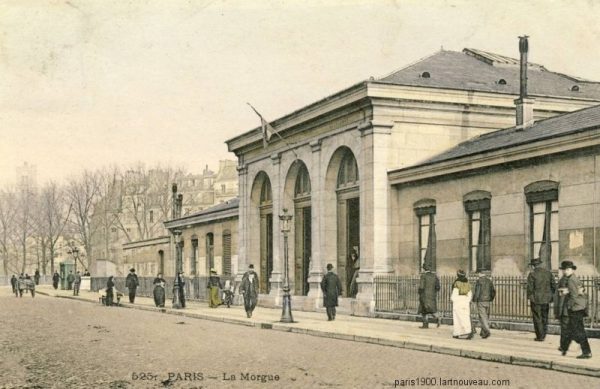 When I say the morgue was popular, I’m underselling it. Crowds gathered each day to see who had been brought in, shown on angled slabs behind glass. While genitals were covered, pretty much everything else was on display. They were kept there until they began to fall apart. /5 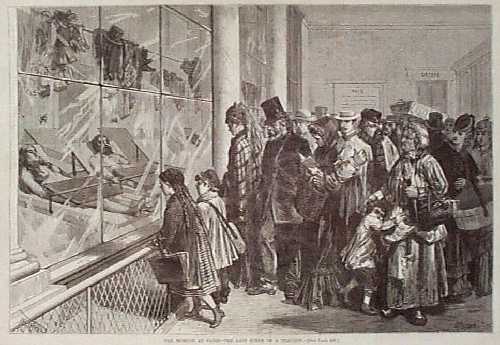 When I say pretty much everything else was on display, I mean it - wounds and gashes were visible, limbs were often missing, viscera was visible. Breasts were also exposed - I imagine there were a fair few young Parisians whose first experience with female nudity was a corpse. /6 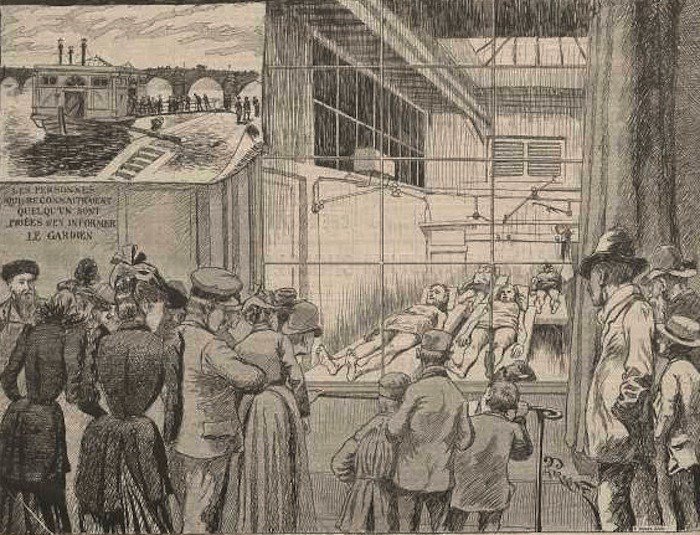 It’s also important to note that for a long time, the Paris morgue was not refrigerated. Instead, the bodies were frozen in ice prior to display, and had water constantly dripped on them. You can imagine what this did to the bodies after a while. /7

The numerous newspapers & pamphlets published in Paris from the 1840s onwards often reported on the latest arrivals. When two young girls were brought in, in quick succession, the papers speculated whether they were twins. Thousands rushed to see - the police had to intervene. /8 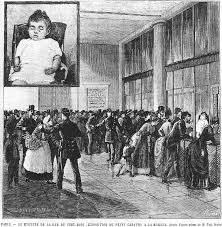 For decades the Paris morgue was a massive, massive draw. You could buy souvenirs outside. When certain, famous bodies decomposed, wax models were made to keep the crowds coming and judging the quality of the reproductions against the real thing. /9

To me, the Paris Morgue seems to play into the ‘grand guignol’ tradition that would late take the city by storm - a fascination and revelling in sex and death, intermingled and on full display. /10 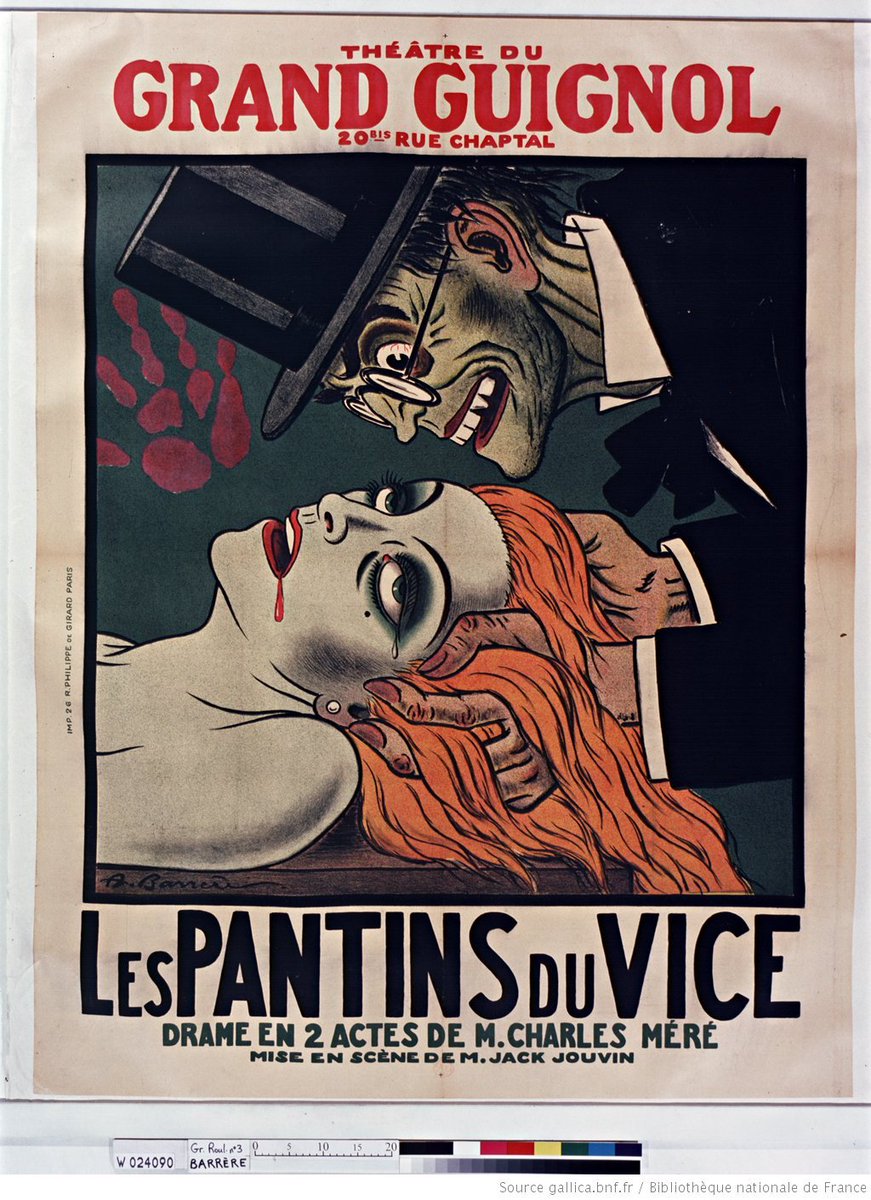 For more information on the Paris morgue and its massive popularity, this article from @ExploreWellcome really is terrific. /11  https://wellcomecollection.org/articles/paris-morgue/ …

However, Paris was far from the only city where the morgue was a tourist attraction. Munich was also a place where those who visited often ended up at the house of the dead. However, the motives behind the public exhibition of the dead seem fairly different here. /12 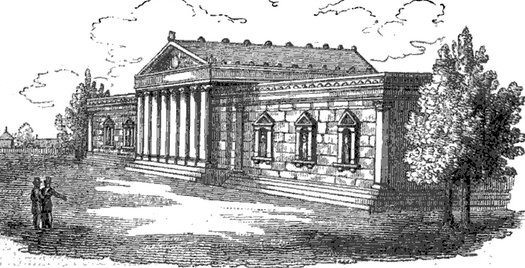 Into the 20th century, Munich had a number of ‘leichenhauser’ (quite literally, ‘corpse houses’) that all of the city’s dead had to be exhibited in for at least 24 hours prior to burial. Suicides and murder victims were not on display - they had their own, private facility. /13

The dead were clearly visible behind glass doors, each in their casket. Many were dressed in their best clothes, & held flowers or wreathes. Each had a finger, connected by a ring to a system running along the wall - at the slightest flicker of movement, a bell would ring. /14 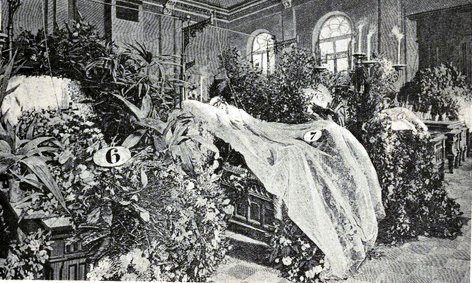 You see, one of the great motivators behind the ‘leichenhauser’ was the wave of fear surrounding premature burials that swept across the world in the 19th century. Any possible chance that the people could be interred alive was one that many refused to take. /15 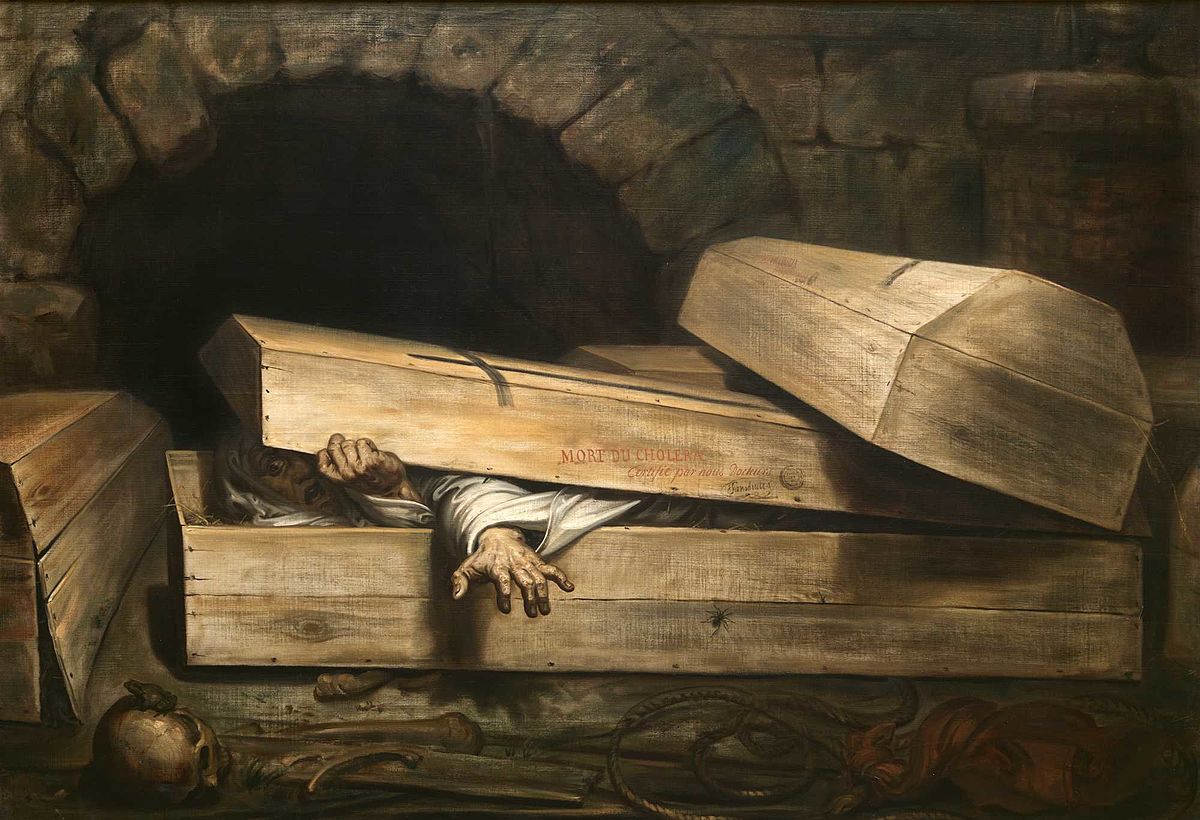 Unlike the Paris morgue, the ‘leichenhauser’ of Munich were calm, peaceful places, with incense burning & waft of disinfectant. This was more about honouring the dead & holding vigil, rather than revelling in filth. Still, it weirded out many visitors. /16  https://books.google.co.uk/books?id=yUJCAAAAcAAJ&pg=PA300&lpg=PA300&dq=munich+dead+house&source=bl&ots=pTWcWarNT-&sig=Kz3flcnSkha2kkOP524aRqpKmMM&hl=en&sa=X&ved=2ahUKEwjMjdDty7DeAhXD2SwKHQspCIMQ6AEwDXoECAMQAQ#v=onepage&q=munich%20dead%20house&f=false … 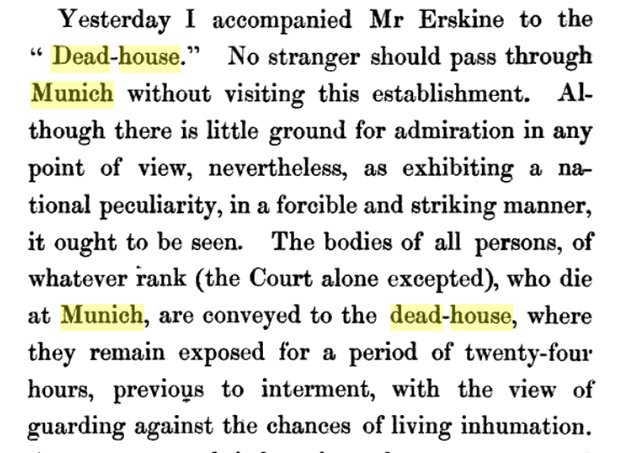 I think that the connection that those in Munich had with the dead was more one of reverence and homage, rather than titillation. Still, there was a lot of curiosity there, and the leichenhauser were advertised as a must-see well into the first decade of the 20th century. /17

For more information about Munich’s ‘leichenhauser’, this is a great article from author Chris Woodyard. /18  http://hauntedohiobooks.com/news/munich-dead-house/ …

Finally, I’d like to note that it was not only Europeans who enjoyed a visit with the dead - I am from Melbourne, Australia, where a morgue was built in the 1850s - coronial inquests before then having had to occur on pub bars, much to the horror of drinkers. No, not kidding. /19

Once it was built down by the Yarra River, the population of Melbourne were known to come down & peer at the bodies, who were eventually covered with iron grilles to stop rats gnawing at them. Again, it wasn’t refrigerated & of course it was a smelly, dank place for a visit. /20

However, they must of got with the program at some stage and made it more visitor-friendly. In 1868, a trunk was discovered bobbing in the Yarra holding the disarticulated body of a young woman. After it was reported as being recovered, thousands came to view the remains. /21 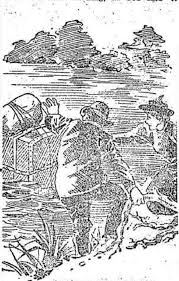 In fact, such was the popularity that when the body began to seriously decompose, the head was removed, pickled and put on display in the General Post Office. Crowds still flocked to see it, weeks after the initial discovery. /22

You’ll be pleased to know that the body was identified - it was Mabel Ambrose, a young woman who had died during a botched abortion. Olga Radalyski, the abortionist and one Travice Tod, who procured it, were imprisoned. More on that case here. /23  http://www.auswhn.org.au/blog/dead-buried/ … 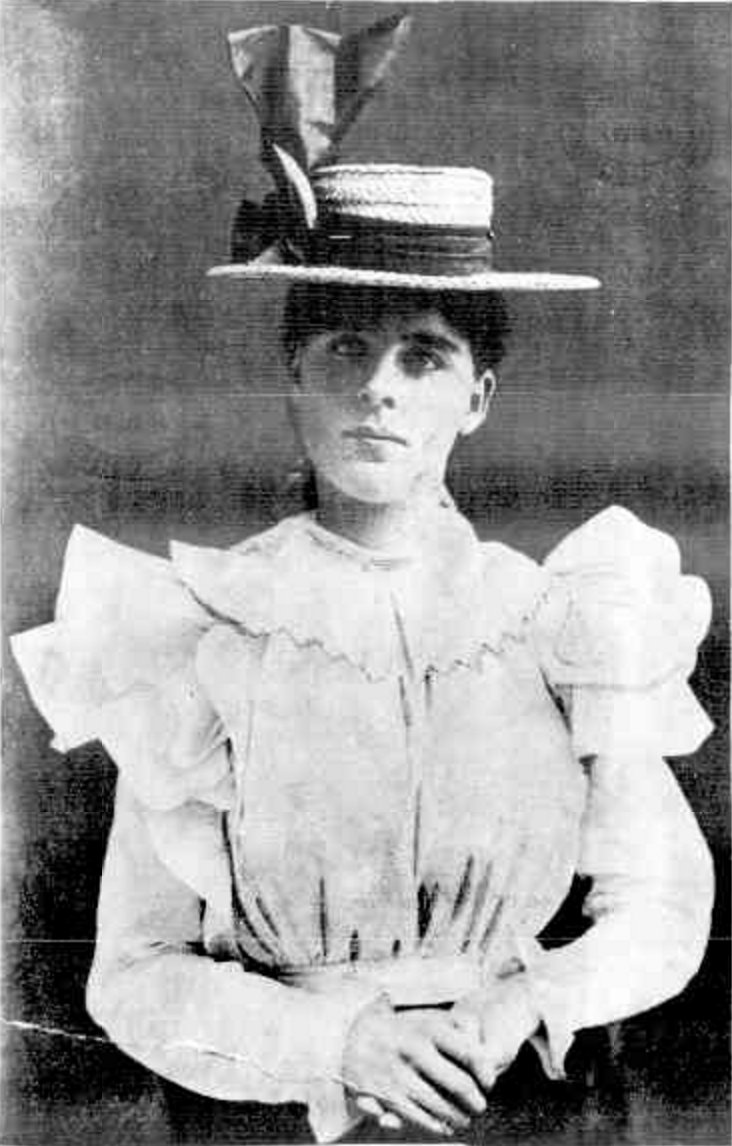 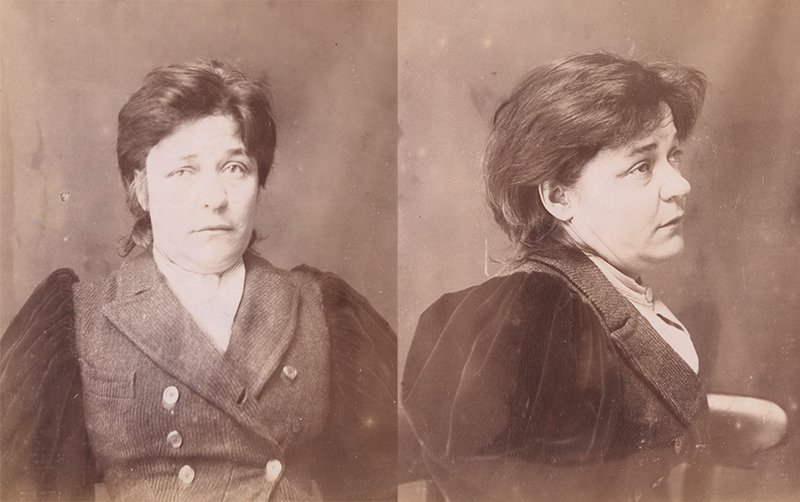 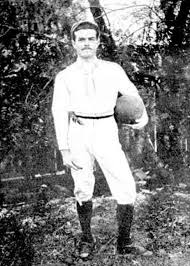 Melbourne’s morgue would eventually be closed to the public, and moved closer to the police headquarters. /24

For more information on Melbourne’s morgue, this is a great article from @Meanjin. /25  https://meanjin.com.au/essays/the-morgue/ …

From a 21st century perspective, some may find our ancestor’s obsession with the dead strange. However, it’s still there - don’t ever think it went away! Just look at our obsession with ‘true crime’ books and TV shows, the forensic science documentaries that we binge on. /26

The only real difference, really, between us and those queuing to get into the Paris morgue is that we don’t have to get out of our chair to embrace a little morbid horror - it can all be found in that little black mirror we hold in our palms throughout the day. /27 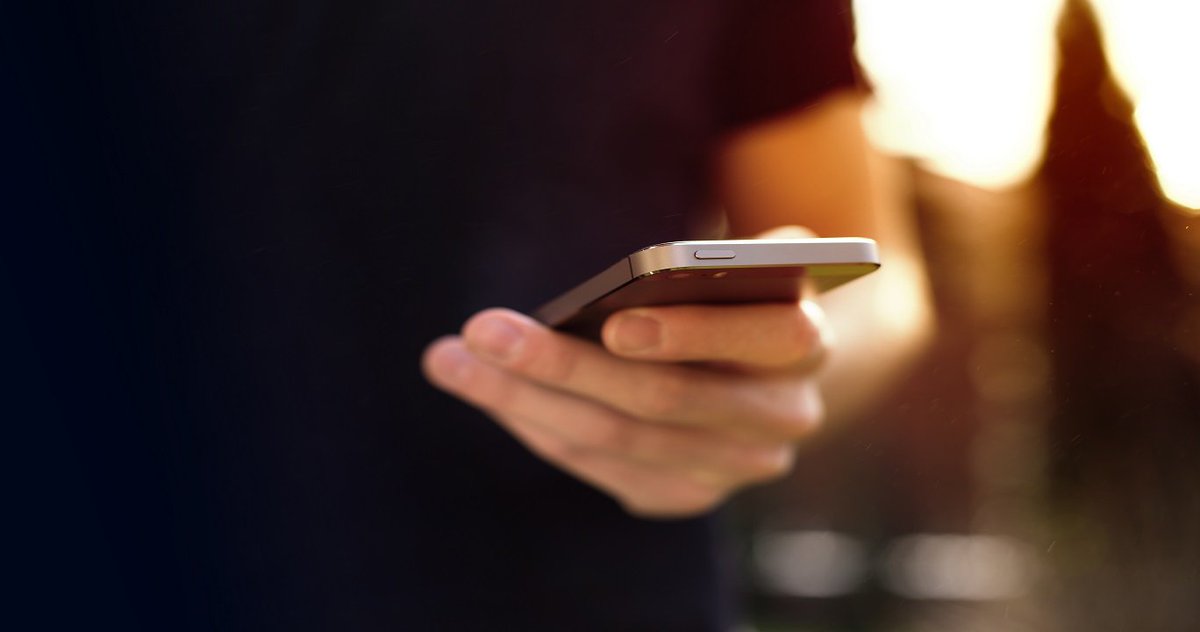 Hope you enjoyed that - I know I always do, talking about the things we leave behind. Soon I’ll be talking about a veritable city of the dead - Vienna. Sweet dreams! /FIN 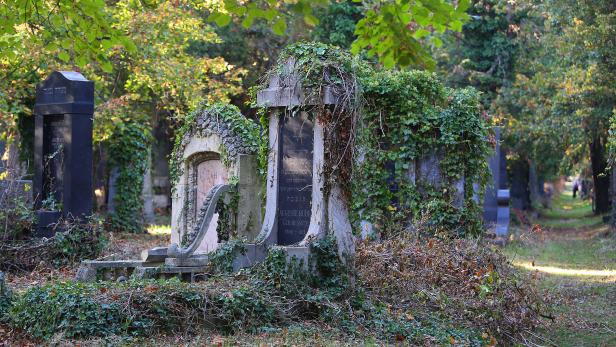