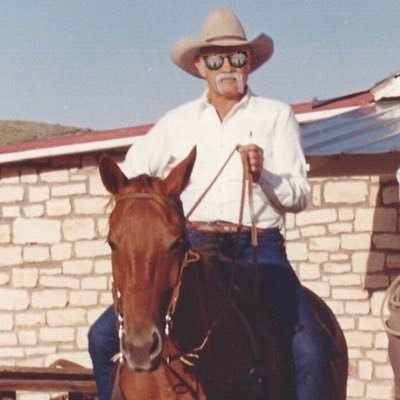 Roscoe B Davis🎖⭐️⭐️⭐️+ Your Authors @RoscoeBDavis1 Career LEO-Vet Three-Five Delta - Constitutionalist - One Riot One Ranger - Never take a hostage you aren't willing to shoot, we don't negotiate. - Q is a Joke Nov. 03, 2018 6 min read + Your Authors

SO we need to dig into the @GeorgePapa19 interview with @dbongino from last night. It was very candid & Dan was on point with the questions. It helped a lot with his research into his book Spygate which I highly recommend. I hope the great @tracybeanz got time to listen for input

First rattle out of the box they tackle Mifsud and how the meeting came to be. Mind you @GeorgePapa19 is working for LCILP at the time, and had just informed them he was leaving to join the @realDonaldTrump campaign, and was moving back to the states.

said he had no idea who Mifsud was but agreed. It's curious to me but okay. I guess I should explain what LCILP is. LCILP = London Center for International Law Practice.  https://www.lcilp.org/

On paper LCILP is a legal advisory group. But in reality is a front for Western Intel. And their director is Arvinder Sambei, previously an attorney for the FBI in the UK, & was an essential part of @GeorgePapa19 & Mifsud's LCILP meeting.

The media disinformation is that the LCILP as a Russian intelligence front. This is complete garbage given the key players unless the FBI had a Russian Spy as a lawyer in their UK offices, sincerely doubt that Arvinder Sambei is a Russian spy. She's more likely now an FBI cutout.

LCILP key players are as far from russian spies as can be, these people are straight up western intel operatives. Some of their work background on them  https://www.lcilp.org/wp-content/uploads/2015/02/International-%D9%8CRegional-Initiatives-Martin-Polaine.pdf …

So now we have Western Intel players pushing @GeorgePapa19 to meet with Mifsud. Here I have a question. It was reported by the Guardian that @simonamangiante has known of Mifsud for years, and was familiar with him and his workings. Why didn't she give @GeorgePapa19 a heads up?

Now @simonamangiante is no wallflower, she worked for 2 high-powered European parliament officials, Mairead McGuinness – a vice-president – and his Italian predecessor Roberta Angelilli. She was well versed in the European intell world and the political on goings

was also an administrator to the home affairs committee under the presidency of Martin Schulz, then a German MEP and now the leader of Germany’s Social Democrats. These are not low level people. So @simonamangiante has been around the block.

So @GeorgePapa19 goes into these two meetings with Mifsud blind and he's introduced to this fake niece of Putin Olga Polonskaya (n.e. Vinogradova) on 3/24/16. @GeorgePapa19 says she barely speaks English and has very little input in this meeting.

Polonskaya’s brother, Sergei Vinogradov, told the NYT that she has never worked for the Russian government, and was introduced to @GeorgePapa19 while discussing an internship with Mifsud. rel="nofollow"> https://www.nytimes.com/2017/11/10/us/russia-inquiry-trump.html?_r=0&referer= class='tco-ellipsis'> …

Mueller prosecutors allege that @GeorgePapa19 hoped that Polonskaya would introduce him to the Russian ambassador in London & @GeorgePapa19 was interested in Mifsud “because he claimed to have substantial connections with Russian government officials which could increase...

his importance as a policy advisor to the campaign.” @GeorgePapa19 has denied this and in this podcast he viewed Mifsud as basically a blowhard and of no real importance. When Mifsud mentioned the dirt the Russian, @GeorgePapa19 figure he was full of it, and blew him off.

Now here is something very curious that @GeorgePapa19 said in the podcast, that @dbongino just ignored. "When the FBI came to my house in January ’16, they first asked about my energy business and contacts." My question is why is the FBI visiting @GeorgePapa19 in Jan 2016?

Was the FBI sizing @GeorgePapa19 up for something in the future? He wasn't even part of the @realDonaldTrump campaign. That seems very unusual to me. At that time he was with the Ben Carson campaign, until Carson dropped out in Feb 2016. What was the FBI looking for? @tracybeanz

Jeb Bush dropped out of the race 2-21-16 making @realDonaldTrump the clear front runner. @tedcruz lead in Iowa deminished after new Hampshire. But again why was the FBI probing @GeorgePapa19 in Jan '16? This is going to have to be revisited, but I think is key.

Anyway back to the podcast. @dbongino gives some input into his research into the multiple people being surveilled by Obama's crew. Really doesn't get into specifics, but my theory is that Brennan had the FVEY network and a few contractors querying the NSA database via 702

We can't forget the findings of Adm Rogers when his auditors flagged these unusual level of "about"queries by contractors on US citizens and the unmaskings as well. It's my belief that @JohnBrennan went after @realDonaldTrump as soon as he began seriously considering running.

Even before he came down that escalator. And as it became more apparent that this run for the WH was real, they ramped up the surveillance. Don't forget this date 7/20/15 @SallyQYates writes to IG Horowitz, saying National Security Division is not subject to IG review. Hmm Why?

has essentially handcuffed Horowitz from monitoring what the NSD is doing, thus covering for all the illegal surveillance going on. This is a key move in the coverup and a big one. Despite all Horowitz efforts to get that order overturned he's unable to.

Remember it was @SallyQYates that sent Strzok & Pientka to the WH to interview @GenFlynn under the guise of a security briefing, when in fact it was the setup to take @GenFlynn down on a bogus 18 USC 1001 charge.

None the less the Surveillance on @realDonaldTrump goes way back

makes an observation that the charging documents read like there was a 3rd person involved in reporting on what transpired. Also strong statements about connections to Russia. Yet no evidence that there was any Mifsud or the woman had ANY connections at all to Russia.

Now there are reports of possible transcripts, that would explain the 3rd party wording. To me I think the committee informed @GeorgePapa19 there was transcripts because he hints at it, knowing he can't talk about the closed session yet. Time will tell

I believe @GeorgePapa19 learned more in that joint committee interview than he told about what was going on with him throughout this. Those two committees have been all in on this Russia nonsense. @GeorgePapa19 has to come to grips that he was a patsy to get to @realDonaldTrump

Brennan set up @GeorgePapa19 with the meetings with Mifsud & Downer to just give the appearance & allow their media contacts to provide the circular reporting to try and give the Steele memos credibility, so they can bootstrap legal surveillance to cover the illegal surveillance

Downer himself denied ever talking about emails, it was reported differently to feed the memos. @GeorgePapa19 said to @dbongino When I met with Mifsud, Downer & Halper, all wanted to talk about energy business & contacts in the ME. Halper paid $83K to write a report about them

drops another nugget says in April 2017 before he was arrested, a major paper and Network TV (I'm saying NYT & ABC) interviewed him to ask about a FISA warrant on him. That would coincide with the leaking patterns of Strzok/Page, as well as Wolfe's leak source.

IMHO it will be revealed by Horowitz that there were 4 FISA warrants issued. We only learned of the one on page by accident. It took that many warrants to cover for all the people they had been secretly spying on via FVEY and that was the bootstrap.