Here’s an overview—and why there is hope.

The war on Rule of Law: Firing Sessions with the obvious goal of interfering with the Mueller probe. More here:

1/ Given how often Trump complained that Sessions recused himself from the probe (even though regulations specifically require that he do so), and how often he complained about "his" DOJ, it’s clear this shake up is an attempt to weaponize the DOJ.
https://thehill.com/blogs/blog-briefing-room/news/322363-reports-trump-told-aides-sessions-shouldnt-have-recused-himself …

2/ What better way to defeat Rule of Law than to weaponize the Department of Justice?

The war on Rule of Law goes hand in hand with Trump’s war on Truth, which has taken the shape of an assault on both Truth and the Press in the form of @Acosta

3/ What happened was this: The White House flat out lied about a matter caught on camera, saying that Acosta laid hands on an intern when in fact, she tried to grab a microphone from Acosta's hands when he asked a question Trump didn’t like.

4/ Next Sarah Sanders released a video that (apparently) had been doctored by Infowars.
https://www.businessinsider.com/jim-acosta-video-white-house-appears-from-infowars-2018-11 …

Let that sink in.
The White House lied about a matter caught on film, and then the WH press secretary released a doctored video.

5/ Anyone who read 1984 recalls that chilling moment when we understand the triumph of an authoritarian regime is to get people to distrust their own eyes and ears.

(If you missed it, my Slate piece on why many Trump supporters willingly believe lies  https://slate.com/news-and-politics/2018/10/trump-lies-kavanaugh-khashoggi.html … )

6/ The two wars go hand in hand: The way to destroy Rule of Law is to destroy factuality.

7/ With the suburbs moving toward the Democrats, the GOP base is comprised of communities that are shrinking.
https://www.wsj.com/articles/what-the-midterm-election-shows-americas-two-parties-live-in-divergent-worlds-1541634743 …
Dems and GOP live in different worlds —but the Dem world is growing. And it's younger. The future belongs to the young.

8/ Yes this still makes it hard for Dems to take the Senate, but I’ve been saying for a while (and as Trump knows) in the end what happens to our Republic comes down to popular opinion.

If enough people want the Constitution to hold up and rule of law to continue, it will.

9/ We have 2 tasks: Hold on to truth and expand that 9 points so that in 2020 the right wing fringe returns to the fringe.

Next: figure out how to repair the public sphere.

I was struck by 2 photographs. Look at the sameness of the people.👇 They dress the same. All are white. 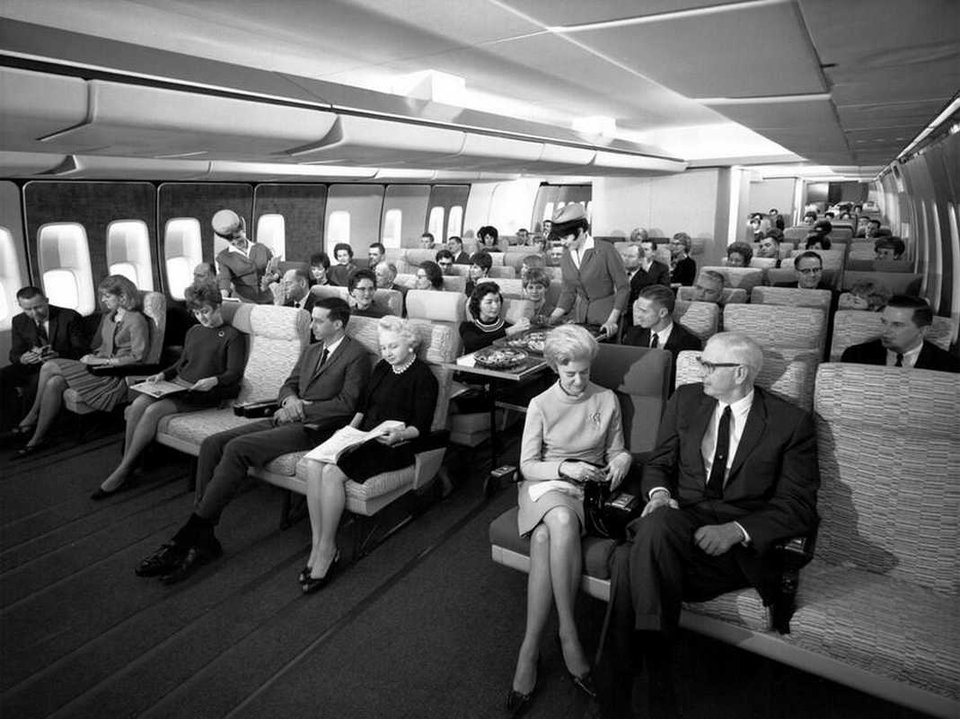 10/ That photo was from the 60s. People my age remember regulations requiring women to wear skirts.

Now look at this👇

Many people who want to torpedo facts and rule of law are comforted by the predictability & sameness of the first, and are deeply frightened by the second. 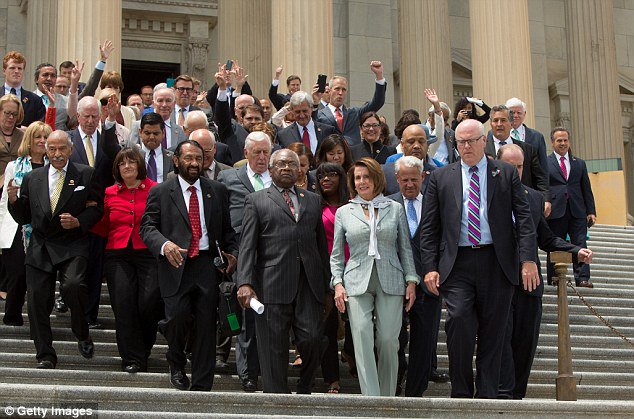 11/ Not all of course. People lined up behind Trump have various motives.

If you’re new to my feed, and you want more explanation about people who are averse to complexity (which includes diversity) see: