How totalitarian regimes - particularly the Nazis - used the media seems to be a hot topic now. In the interests of being informed, here's how the Nazis used it both before & after they came to power. THREAD /1 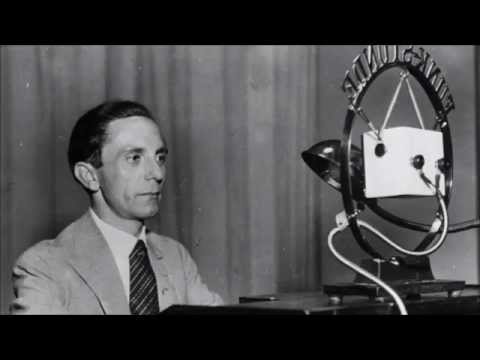 In the aftermath of WW1, two forms of media were most widely prevalent in Germany. These were, of course, radio and newspapers. Of these, newspapers were the most widespread. /2

There were nationwide, regional, city-based and politically/religiously affiliated papers - around 4,500 all up, of widely varying circulation and format. After Germany's defeat, these numbers continued to rise. /3

The NSDAP/Nazi Party understood the value of newspapers very early. A copy would go through multiple hands. Thus, one of their early purchases, in 1920, was the ‘Volkischer Beobachter’, their 'official’ paper running stories favourable to them. /4 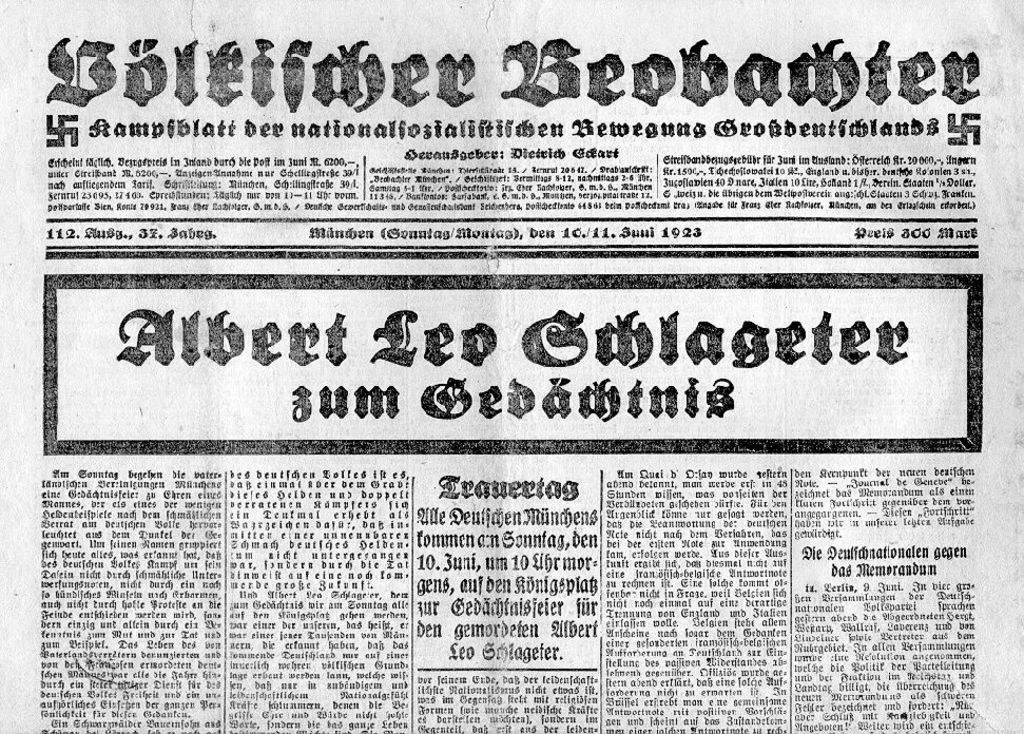 However, the Nazi Party had to be careful how it ran stories. The 'Volkischer Beobachter’ had to maintain *some* integrity. Into the breach, in 1923, stepped Julius Stretcher & 'Der Stürmer’, a much more lurid, tabloid, explicitly racist paper. /5 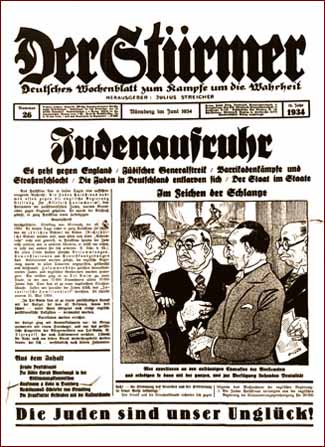 In 1926, with Josef Goebbels at the helm, 'Der Angriff’ started publishing. This was the Nazi's radical paper - one that agitated where the others either debated or titillated. It railed against the 'failing' system, a counterpart to many of the more extreme communist papers. /6 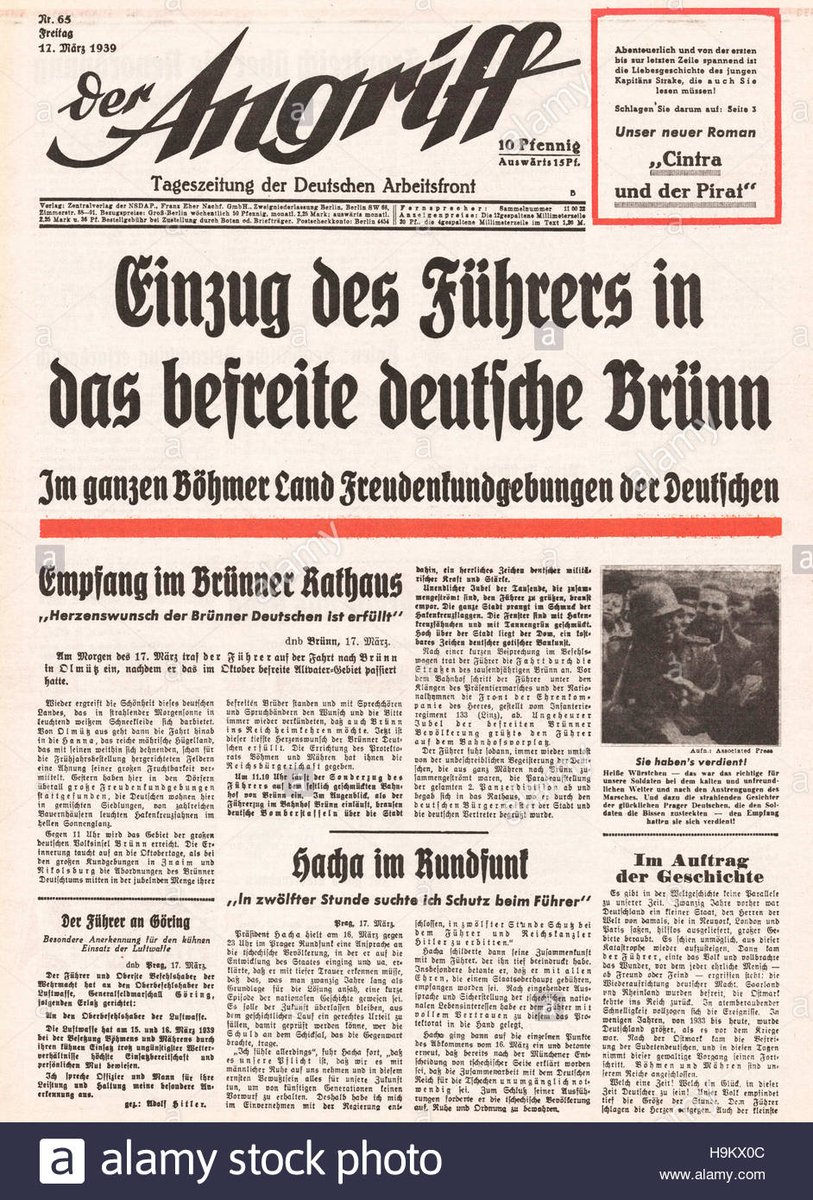 All three of these papers would publish right through to 1945. While they constituted a tiny percentage of German papers as a whole, they often undercut others on price and were sometimes subsidised to increase circulation, forcing others to keep up. /7

Other papers were also forced to take the same line as the Nazis through competition - some even sprung up to take advantage of the new prevailing mood. By sheer dint of establish a presence, Nazi views were amplified widely. The 'Overton Window' was shifted. /8 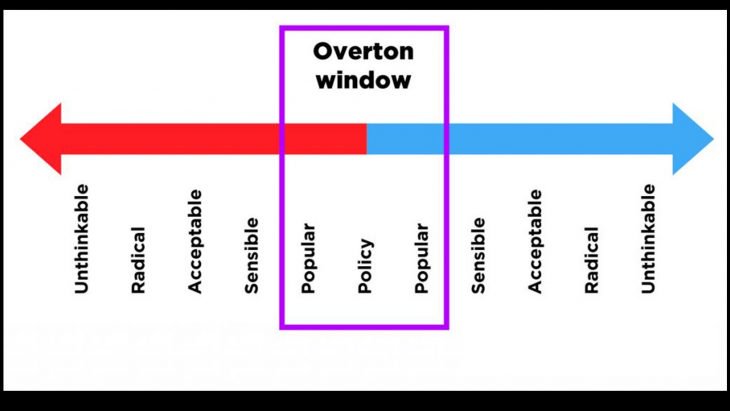 Radio came to Germany in the mid-twenties, with regional stations popping up across the country. Deutsche Welle, a national broadcaster, debuted in 1926. Most ran a mix of local & syndicated content. /9 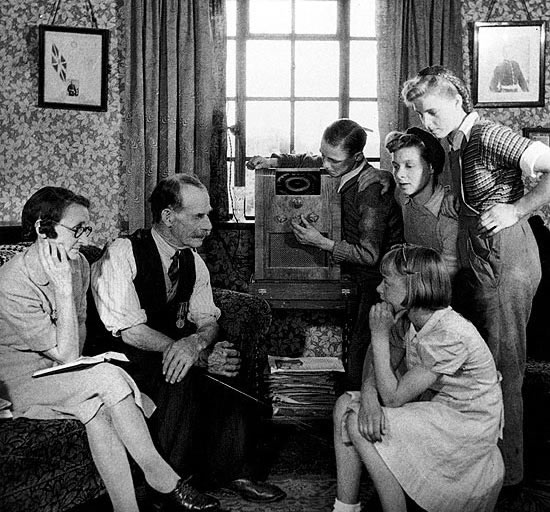 Nazis didn't have as much access to radio as they had newspapers in the lead up to their rise to power in 1933 - but they knew its power, and couldn't wait to use it as a key propaganda & control tool. /10

Once the Nazis came to power, newspapers were one of the first things to be regulated. An 'Editor's Law’ in 1933 meant that all editors & journalists had to be both 'Aryan’ and registered with the regime. /11 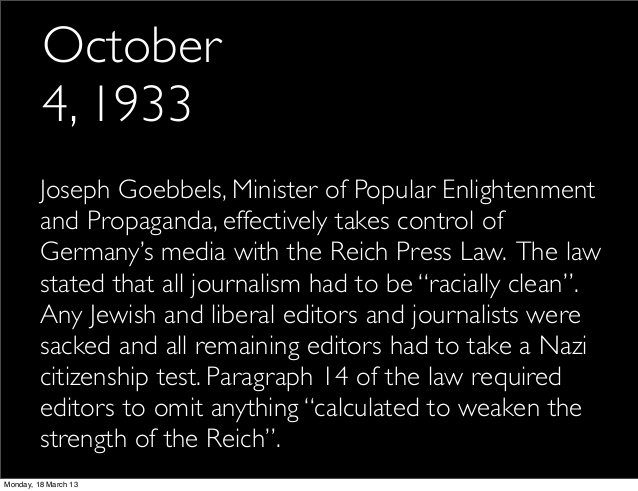 Failure to tow the party line could not only result in a journalist being sent to a camp like Dachau, but repeated violations could result in papers being seized as assets. Not that they weren't doing that already, under a number of pretexts... /12

Still, there was still over 500 privately-owned papers in Germany at the time of the Nazi surrender. They had stayed in print by both operating as propaganda organs and through special relationships with high-ranking members of the regime. /13 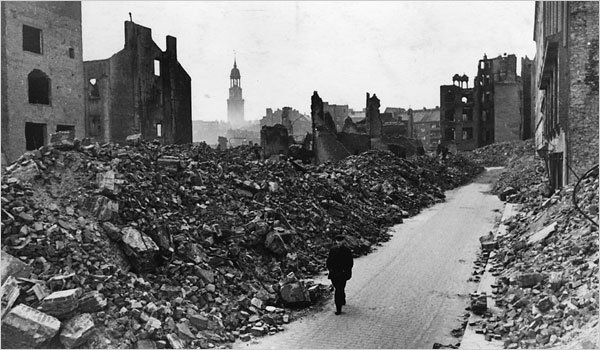 Essentially, the key use of newspapers after the Nazi's rise to power was to present a heavily restricted flow of ‘approved’ information to the public, regarding the actions of the regime, and later the course of the war. /14 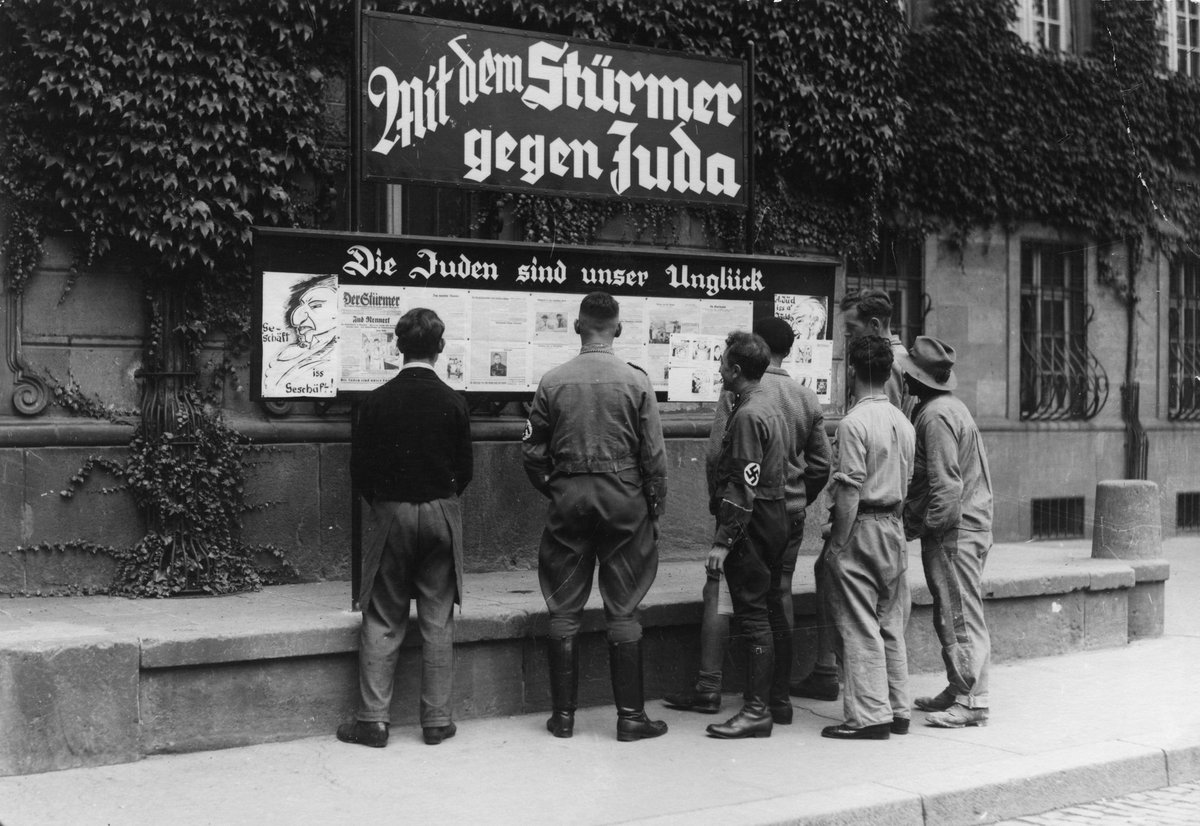 Radio was a different story. Josef Goebbels, as the Nazi regime's Propaganda Minister, saw it as his most potent weapon. He talked about it in a 1935 speech. /15 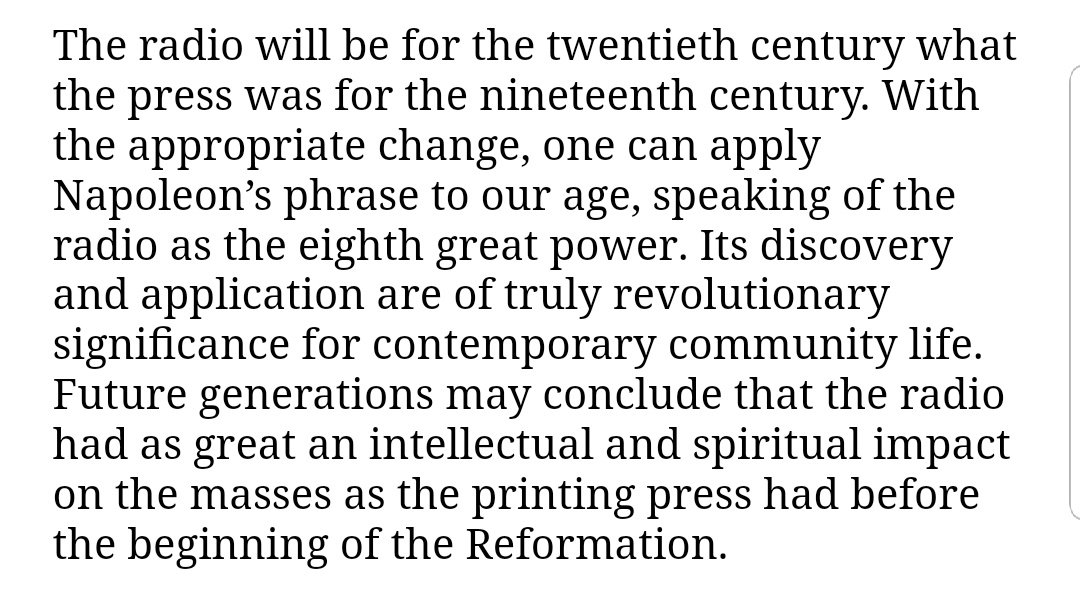 In order to make maximum impact, Goebbels both ensured that broadcasts could be heard in public places, and had the ‘Volksempfanger’, or the 'People's Receiver's produced - cheap radios for the home. /16 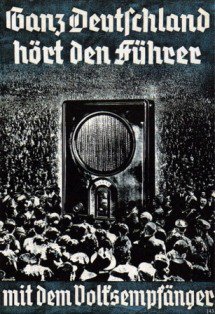 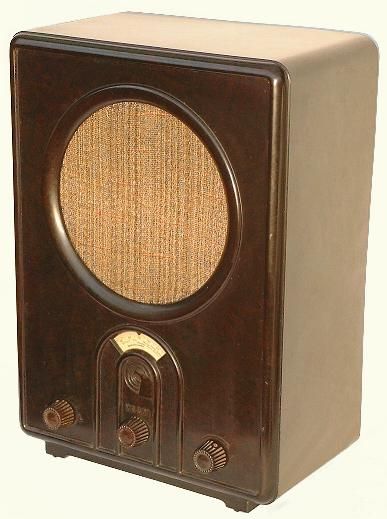 The format of the broadcasts replicated the key strategies of the regime. ‘Approved’ music from classical composers was played, punctuated by brief speeches by presenters & officials, using repeated catchphrases such as 'The Jews are our misfortune!’. /17 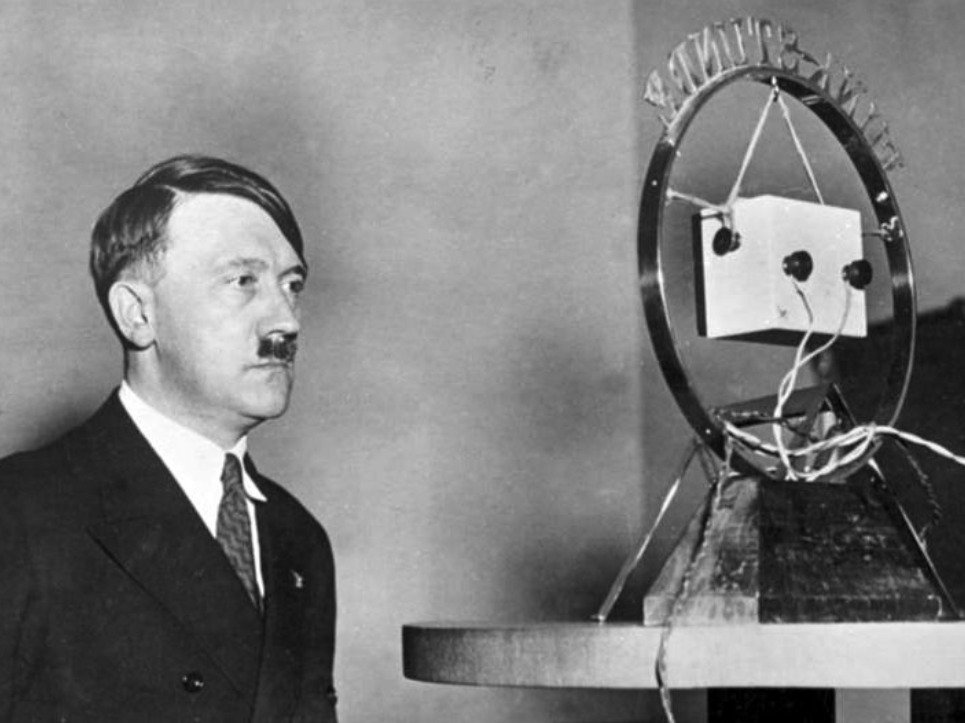 News was also disseminated through radio, and again it was tightly controlled. Listening to outside stations once the war began could land you in jail or worse. Some were even executed for spreading news from the BBC such as Helmuth Hubener of Hamburg, age 17. /18 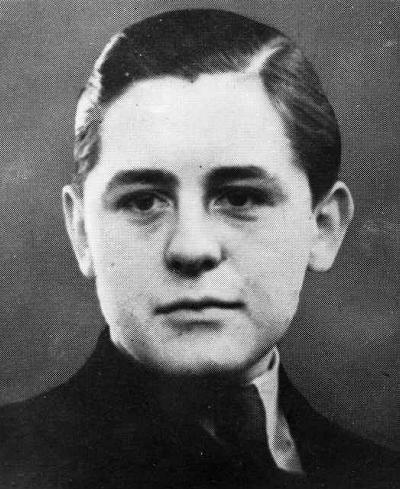 Radio news was also used justify particular policy aims. Shortly after the Nazis rose to power in 1933, they used reports of a supposed imminent communist uprising to restrict the rights of citizens and political organizations. /19 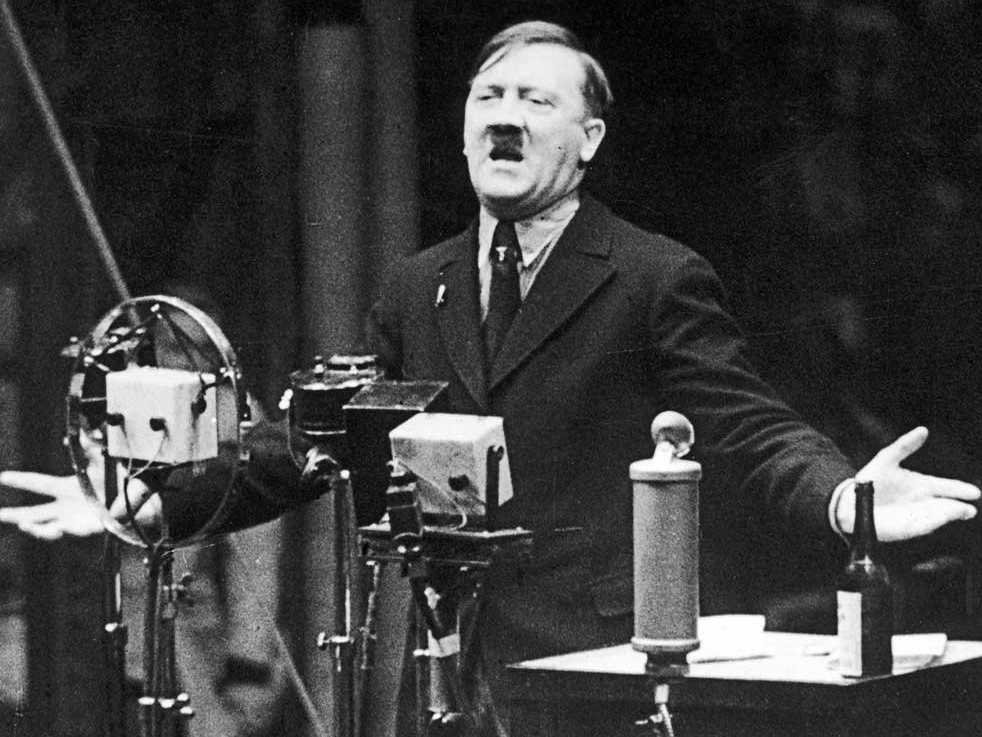 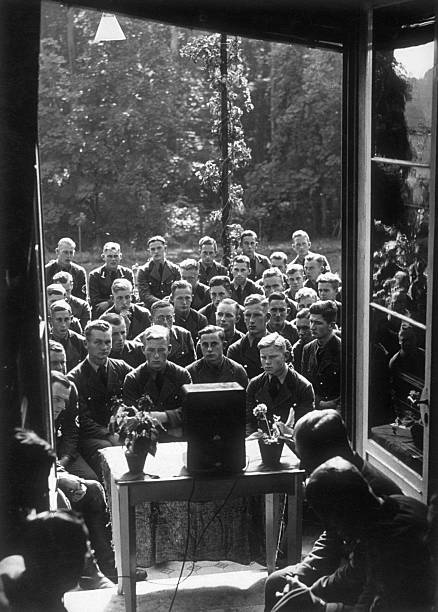 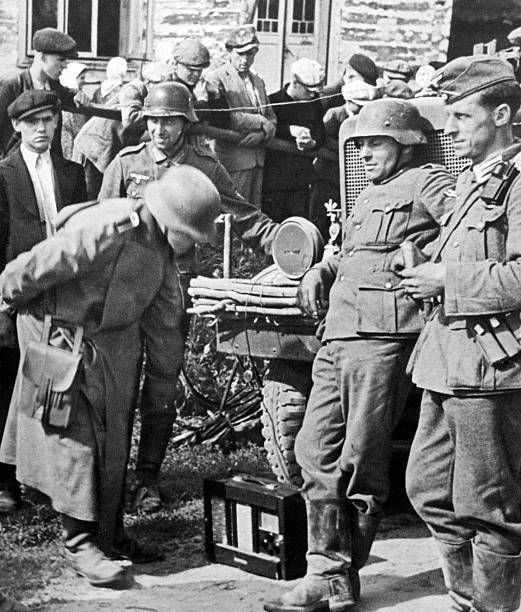 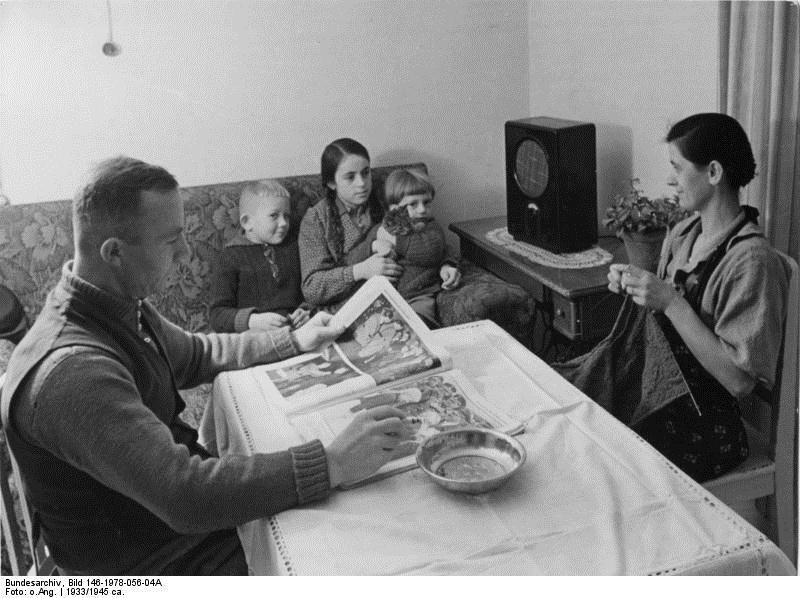 Thing is, in the long term, the ways in the Nazis used media would end up a burden for them. While it worked in the beginning to shore up support, the realities of life under the regime & later, the war showed the hollowness of Nazi messages. It made them a figure of fun. /21

There's a hell of a lot more I could say about the Nazi's use of media, but this thread is already too long.

The important thing is to understand how newspapers & radio were central.

Perhapsome back to it soon! In the meantime, here's a good outline. /22  https://encyclopedia.ushmm.org/content/en/article/the-press-in-the-third-reich …

I hope you found that useful.

Please don't be afraid to ask questions and, more importantly, always keep an eye on how the news is presented to you.

Never think we can't or won't again be swayed by clever use of media. /FIN

PS. I didn't even talk about how the Nazis used market research! Maybe next time...