We often like to pretend that it is totalitarian governments that create the prejudices that end up killing millions - that they cast a strange, dark spell over the population. This couldn’t be further from the truth. They only ever work with what is already there. /1

I’ve written quite a bit about the roots of antisemitism in Germany - it stretches back almost a millennia. However, the post-war Weimar Republic in Germany provides a clear picture of a society sleepwalking towards domination due to the hatreds that festered within. /2

Despite the fact almost 100,000 Jews served Germany in the First World War, much of the blame for the country’s defeat was placed on the Jewish people. This stemmed from a wellspring of virulent anti semitism had emerged across Europe in the last decades of the 19th century. /3

This resurgence of anti-semitism manifested in various ways. The Dreyfus Affair in France, fuelled rumours of an international Jewish conspiracy. The publication of the Protocols of the Elders of Zion - probably created by Russian secret police - gave people ‘evidence’. /4

As the German Empire fell, anti-semitic attacks took place in cities such as Berlin and Munich. Those responsible suspected that a cabal of Jews - rich, wealthy, in control of industry, were responsible for the chaos, they had engineered it. /5

Encouraged by a census forced on the army by right-wing extremists during the First World War, that found that Jews were underrepresented in the army, the ‘stab in the back’ legend was formed - that it was almost entirely the fault of Jews that the country had been defeated. /6 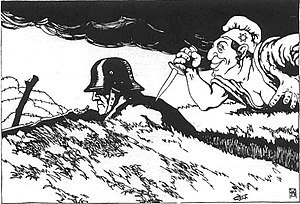 These anti-semitic political parties, along with their publications such as Der Stuermer, engaged in overt & covert anti-semitism, not only promulgating the legend of ‘stab in the back’, but linking harsh economic conditions in certain trades & businesses to Jewish influence. /8 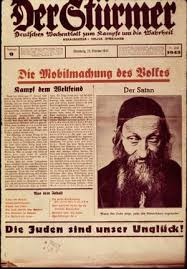 The liberalisation of the Weimar Republic also meant that Jews could hold high political office, & a number did. This made them targets for anti-semitic parties and publications, that scrutinized their every movement for indications of some form of treachery or ‘unGermaness’. /9

Indeed, these same anti-semitic parties and publications popularized the phrase, the ‘Judenrepublik’, to describe the Weimar Republic. They wanted to give the impression that their country had 'fallen' to an outsider. Sound familiar? /10

As the twenties progressed, & conditions were tough for many Germans, continuous anti-semitic messages pushed by political outfits, activists and publications led to a growing public atmosphere of hostility, where harassment in public became common. /11  https://www.facinghistory.org/weimar-republic-fragility-democracy/society/bertha-pappenheim-letter-antisemitism-1923-society-antisemitism …

Some anti-semitic parties - including the Nazi Party - embarked on campaigns of intimidation, desecrating Jewish cemeteries and synagogues by night, creating a ‘hostile environment’. The culprits were often not apprehended, either by carelessness or design. /12

The Nazi Party didn’t gain the power and influence they did, however, through violence and intimidation to begin with - by far their most effective tactic was their continuous needling, taking what was already there and packaging it as part of their agenda. /13

The Nazi Party’s propaganda machine not only pushed messages about Jewish conspiracies in its material, prior to 1933, but also drew from historical legends such as the ‘blood libel’ to evoke ancient hatreds, particularly in in rural areas with lower levels of education. /14

While the Nazi Party leadership didn’t believe it themselves, the ‘Protocols of the Elders of Zion’ were published and circulated, often at no cost, during meetings and rallies. Hitler quoted it throughout 1920s, ensuring that the core messages were linked with his rhetoric. /15

The most significant ‘borrowing’ by the Nazis was of the idea of the ‘Jewish Question’. This was an idea that already existed in German churches, stretching back into the late nineteenth century - something had to be done about Jewish influence. /16  https://en.evangelischer-widerstand.de/html/view.php?type=dokument&id=531&l=en …

The Nazi Party also used the courts to spread anti-semitic messages. When their activists were arrested or imprisoned, they often accused the courts of covering up and protecting Jewish interests at the cost of German ones. Sound familiar? /17

Here’s the thing, however. NONE of this would have ever worked, or even been attempted, if there wasn’t a background hum of hatred already in existence across Germany society. All the Nazis did was pluck the strings, strum the chords and the people sang along. /18

If you’d like to support movements that combat hatred, I suggest following @hopenothate (UK) and @hopenothateusa (US). There are also the various branches of @slpng_giants. /20

The German people, in part, fell to the death cult of fascism because they gave their hate full voice, allowed themselves to be squeezed and wrung dry of it. We can see the consequences. We can prevent it happening again, but only if we want to. Do we? /FIN 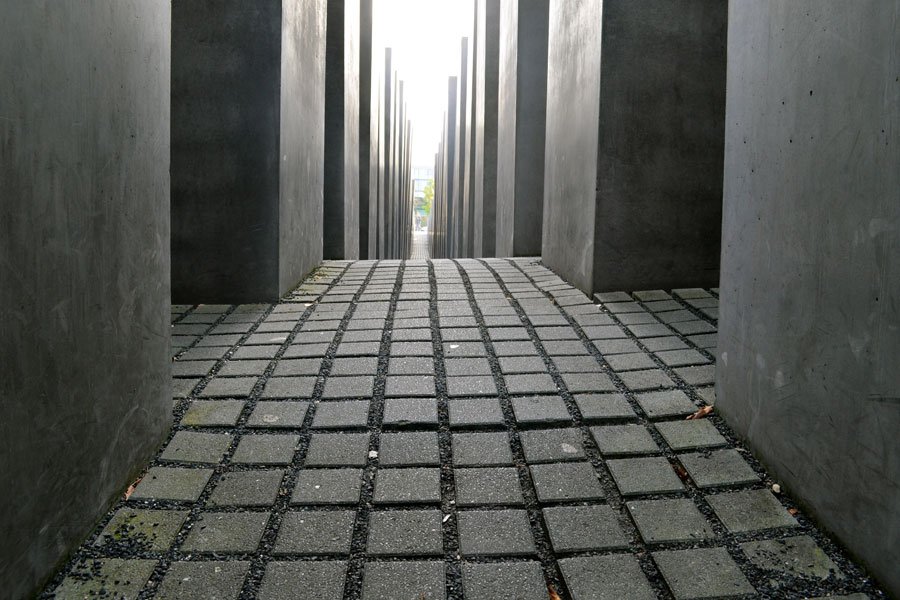