THREAD: When my in-laws created a baby registry for us on @amazon, we noticed three odd items on the registry that we/they hadn't selected...

2) Looked like every other item, including standard registry language "0 of 1 purchased", suggesting we put it there. But w small grey "sponsored" text.

3) Confused, we deleted them, but found parents who hadn't spotted them. Some received unwanted gifts after friends bought items. They called the ads "sneaky" or said they felt tricked. Not everyone said that, one said she felt ads primed her brain for what she needed.

4) Screenshot below. And here's link to a registry. Open on your desktop. Can you spot the ads easily when you scroll through?  https://www.amazon.com/baby-reg/richard-robinson-january-2019-prattville/3LUTW6FZ5HWY5 … 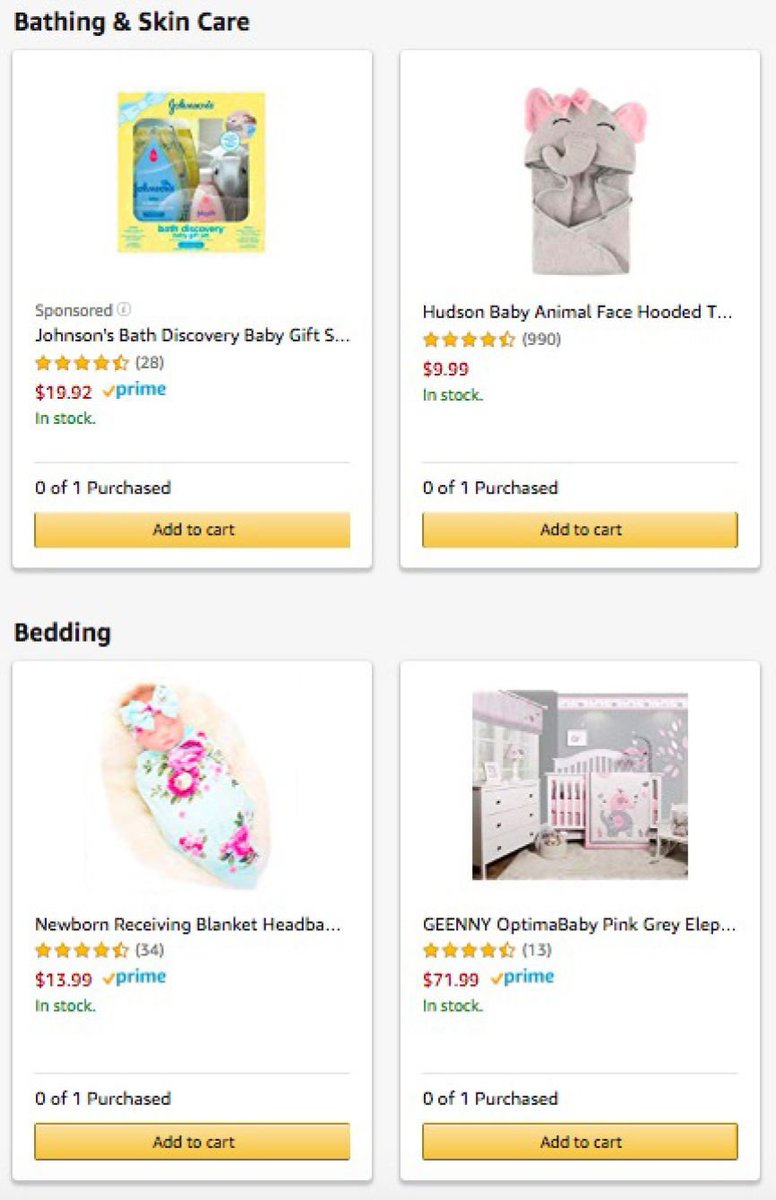 5) @laurastevens discovered @amazon was selling 3 "native" "auto-populate" baby registry ads per quarter for $500k each. They'd been running at least since last fall. @Target/@buybuyBABY/@Walmart don't insert native ads in their registries we found.

6) Responding to our requests @Amazon spox said they're "constantly experimenting" and these ads being phased out. Declined to answer why they would have sold ad units this quarter that are being phased out.
https://www.wsj.com/articles/new-parents-complain-amazon-ads-are-deceptive-1543417201?mod=hp_lead_pos9 …