Here's a snippet from the memo. 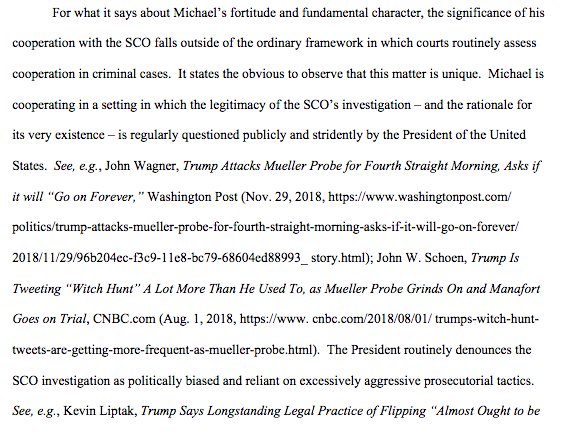 Here's how Cohen's attorney Guy Petrillo ends what he calls a "unique and unprecedented" case. 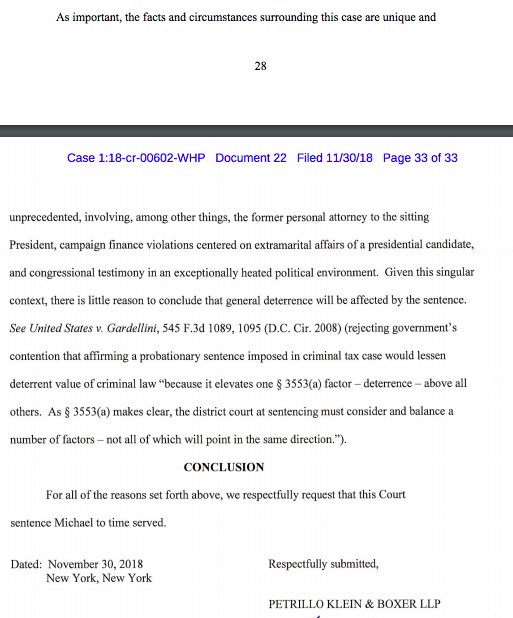 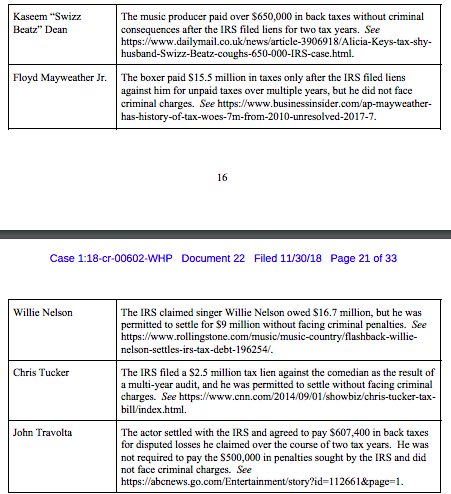 Cohen blames the campaign finance violations on his "fierce loyalty" to "Client 1"(aka Trump).

On the false statements to Congress count, Cohen again blames his fervor as a "loyal ally and then-champion" of Trump. The footnote quotes several letters from his friends talking about his "loyal service" to Trump. 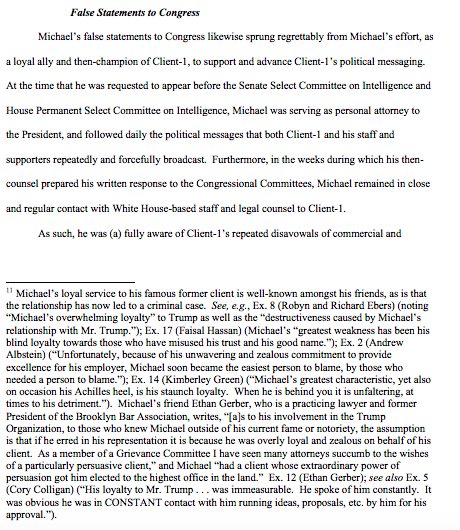 "At the time, Michael justified his false summary of the matter on the ground that the Moscow project ultimately did not go forward. He recognizes that his judgment was fundamentally wrong, and wishes both to apologize and set the record straight." 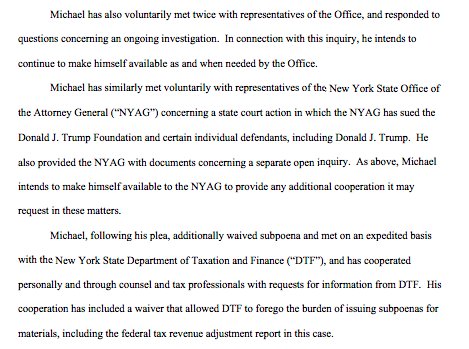 "In the context of this raw, full-bore attack by the most powerful person in the United States, Michael, formerly a confidante and adviser to Mr. Trump, resolved to cooperate, and voluntarily took the first steps toward doing so even before he was charged in this District." 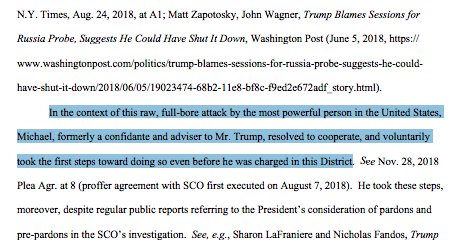 After Trump's campaign to discredit the Mueller probe and cries of "witch hunt," Cohen vows he's "prepared to continue to contribute, to an investigation that he views as thoroughly legitimate and vital."