Preliminary comments: My law practice was limited to representing indigents on appeal from adverse rulings.

IOW, my clients lost at trial, wanted to appeal, but couldn’t afford to pay. I was appointed by the court.

And I wrote this book: 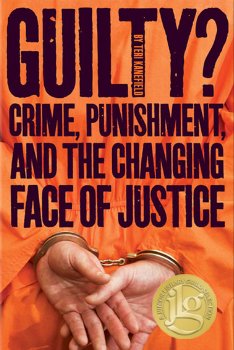 1/ I’ve long been an advocate for criminal justice reform.

That’s why I had such strong feelings about Gamble v. U.S. (The case people said is about Trump being able to pardon people) Nope. It's about a poor guy who doesn't want to serve double jail time.

2/ I believe lawbreakers must be stopped.

I don’t believe anyone should be allowed to keep money that was obtained illegally.

I am also fine with Manfort spending the rest of his life in jail. He had the chance to make amends to society by cooperating, but didn’t.

3/ Before we talk about Trump and pals, consider this: Punishment is the intentional infliction of pain on another human being.

In the case of the criminal justice system, the state is inflicting the pain.

So we're talking about serious stuff.

4/ One reason offered for punishment is that it deters future criminal behavior.

The research I’ve seen shows that harsh punishment doesn’t work as a deterrent. (I’ll go ahead and cite my own book on this.)

Deterrence assumes criminal actors are rational; often they're not.

5/ For most people, the threat of public humiliation, arrest, loss of license, etc, is enough deterrence.

If a person is desperate or mentally ill; if he is sure he won’t get caught or doesn't care if he gets caught deterrence doesn’t work so well.

6/Some people say Trump & pals must all go to jail because poor people (and ethnic minorities) go to jail in disproportionate numbers, so rich white men should too.

How about if we stop putting so many poor people & minorities in jail?

Check out these stats (from my book): 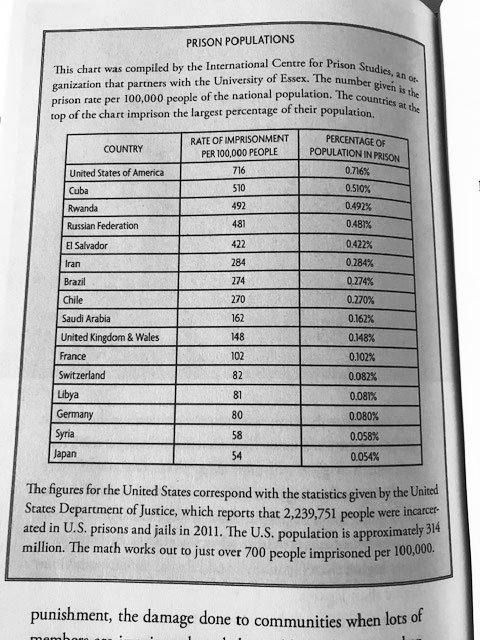 7/ Too many people in prison is what the Gamble case is about: A poor guy doesn’t want to serve 2 prison sentences.

Trump critics want Gamble to LOSE on the outside chance that the lack of double sentences MIGHT make it easier for Trump to pardon people. (It probably won't).

8/ People used to believe that harsh punishment would “reform” criminals.

I don’t think anyone argues anymore that 25 years in prison will reform someone.

There’s also the retribution (eye for an eye) theory.
Kant said a person should get back exactly what he did. . .

9/. . . or the moral balance in the universe will be thrown off.

I call rubbish: Human beings can’t correct the moral balance of the universe: Too many crimes are culturally determined and no criminal justice system can be perfect. All we can do is try to make our world better.

Another justification for punishment is that imprisoning people prisons protect others from someone dangerous.

Here are the problems with that:

11/The perpetrator should stay in jail only as long as he's dangerous. And how do you know?

Besides, it means different sentences for different people depending on how fast they're no longer dangerous.

So you see, the issue of punishment is a complicated one.

12/ In addition, there are reasons it may be unreasonable to expect the entire Trump clan to go to jail. See👇


Also, regarding the Trumps: We shouldn’t talk about punishment before there's been due process.

That's part of what's wrong with “lock her up."

13/ It’s easy to get ahead of the evidence, particularly when Trump tweets things that show consciousness of guilt.

That's why I have this disclaimer on my crimes page👇

Before we talk about punishment, let’s see what evidence is admissible in court.

14/ When the process plays out, we'll see who cooperates like Cohen or who keeps scamming everyone like Manafort.

Inflicting pain should be done in a measured way, and no more than necessary.

It's frustrating that justice moves slowly, but that's the nature of due process.

Flynn is the poster boy cooperator.
Michael went part way.
Manafort gets an F for "Making Amends to Society."