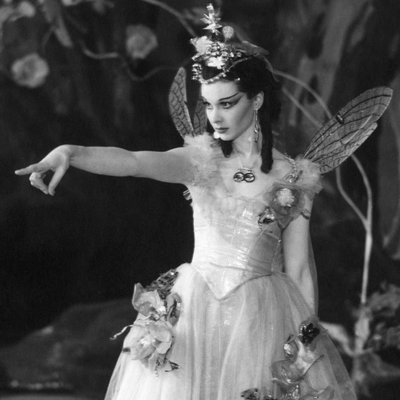 There's a fleeting scene in Brief Encounter when Celia Johnson nips into Boots the Chemist to change her library book: “Miss Lewis had at last managed to get the new Kate O'Brien for me. I believe she’d kept it hidden under the counter for two days.” 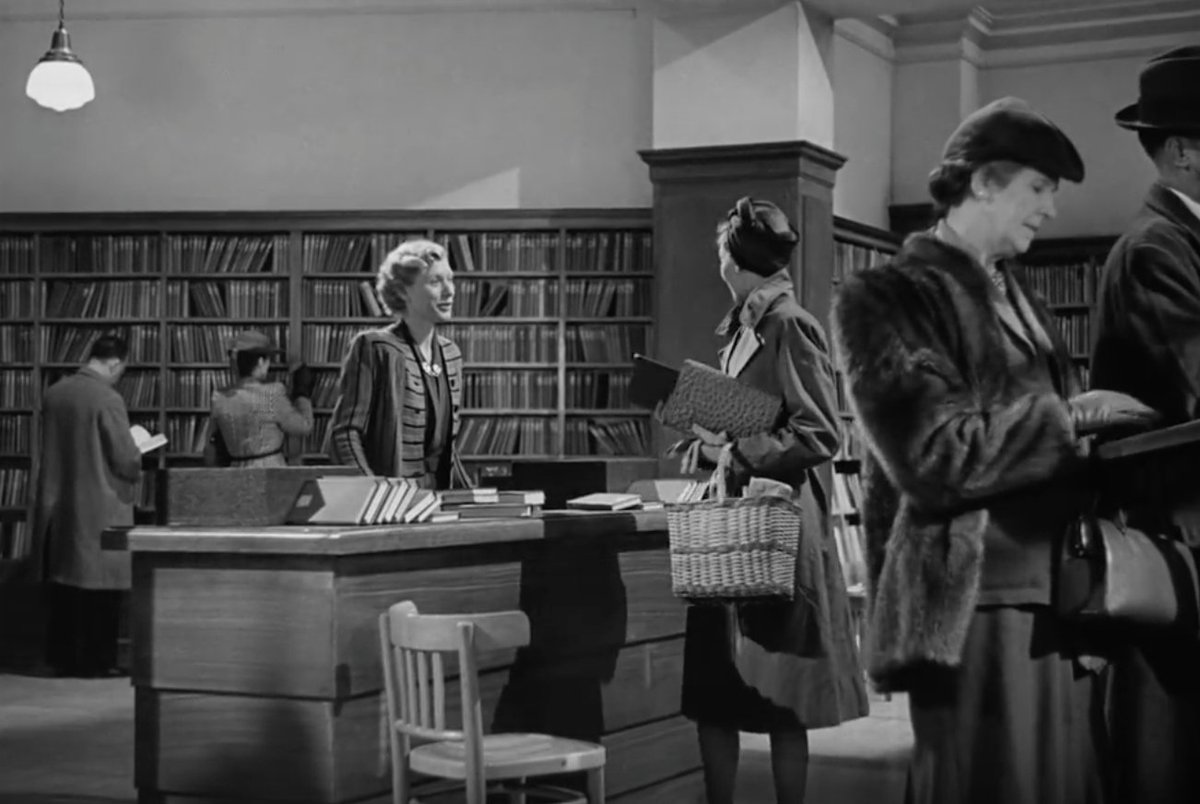 I remember asking my mother, who grew up in the 30s & 40s, about the Boots library, and she said, of course, that’s where we all got our weekly novels. At the time, Boots was as much associated with reading as it was with Calamine lotion and Friars Balsam & Syrup of Figs. 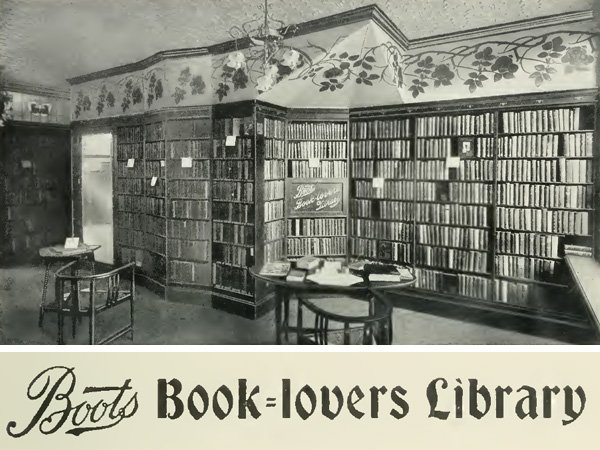 The “Boots Book-Lovers' Library” was a circulating library which began in 1898, as one of the innovations applied to the family business by Jesse Boot's brilliant, socially-conscious wife Florence. 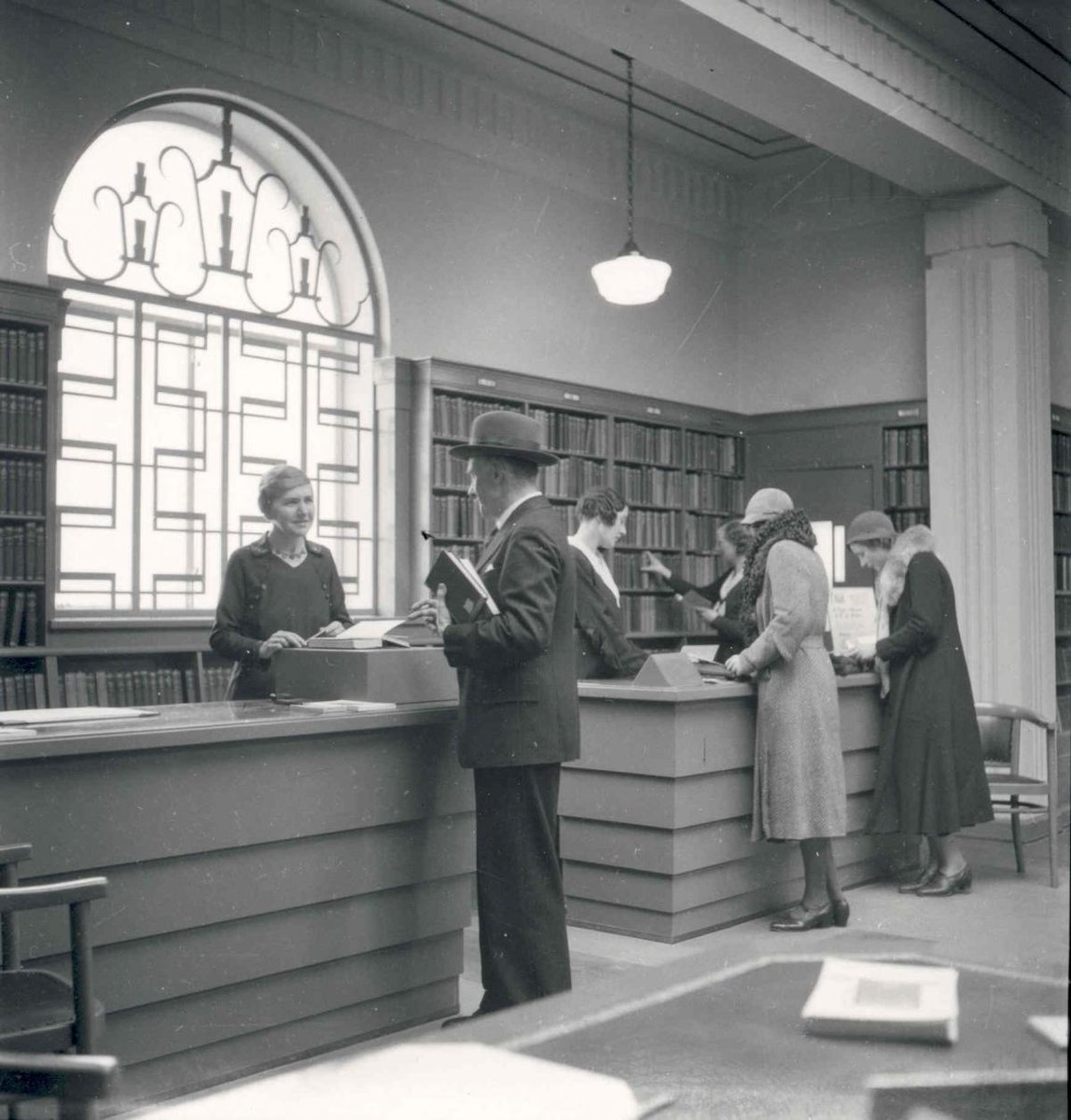 Often taking her children to work with her, a cot squeezed into the corner of her office, Florence wanted to boost literacy levels amongst the poor and working class, enabling cheap, widespread access to books. 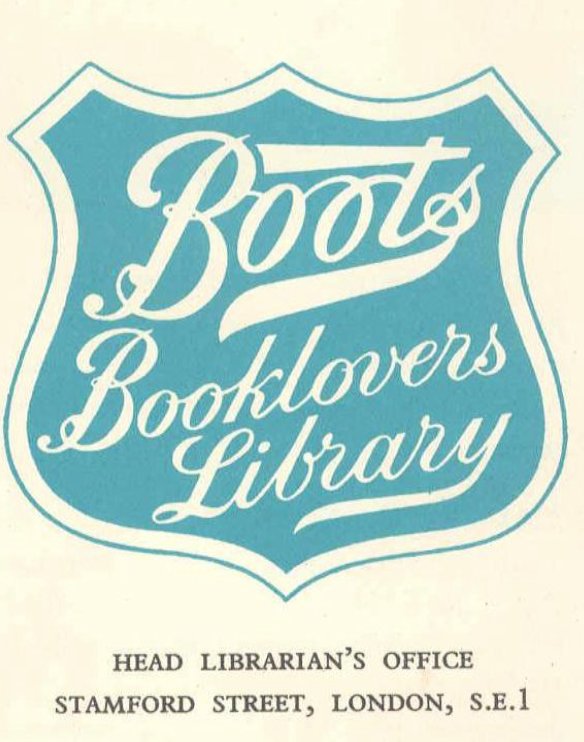 She began by installing a small revolving bookcase in the Nottingham Boots in Goose Gate, then established a proper library in the Pelham Street branch of the city. 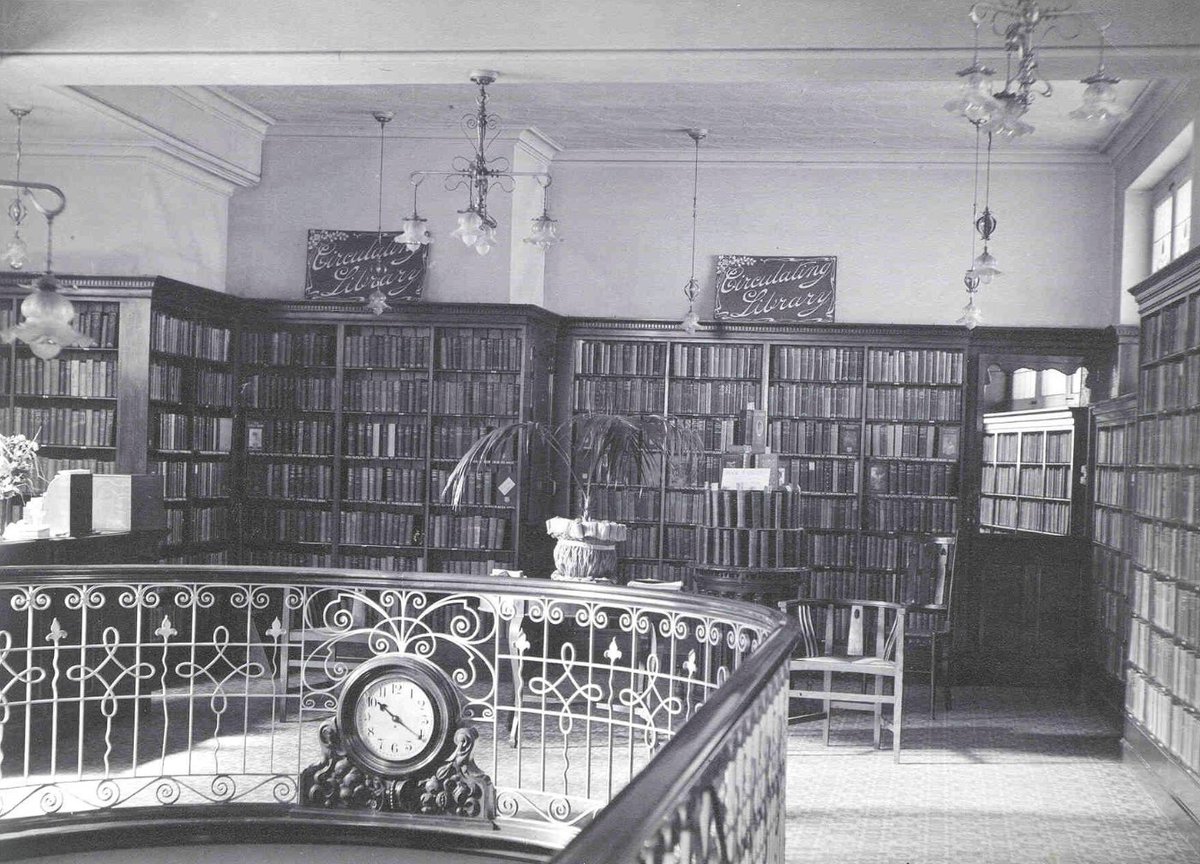 There were 3 types of membership, priced from 3d. All members received a token & date of renewal, which could be attached to the borrowed book through the distinctive hole in the spine, the token then acting as a bookmark. 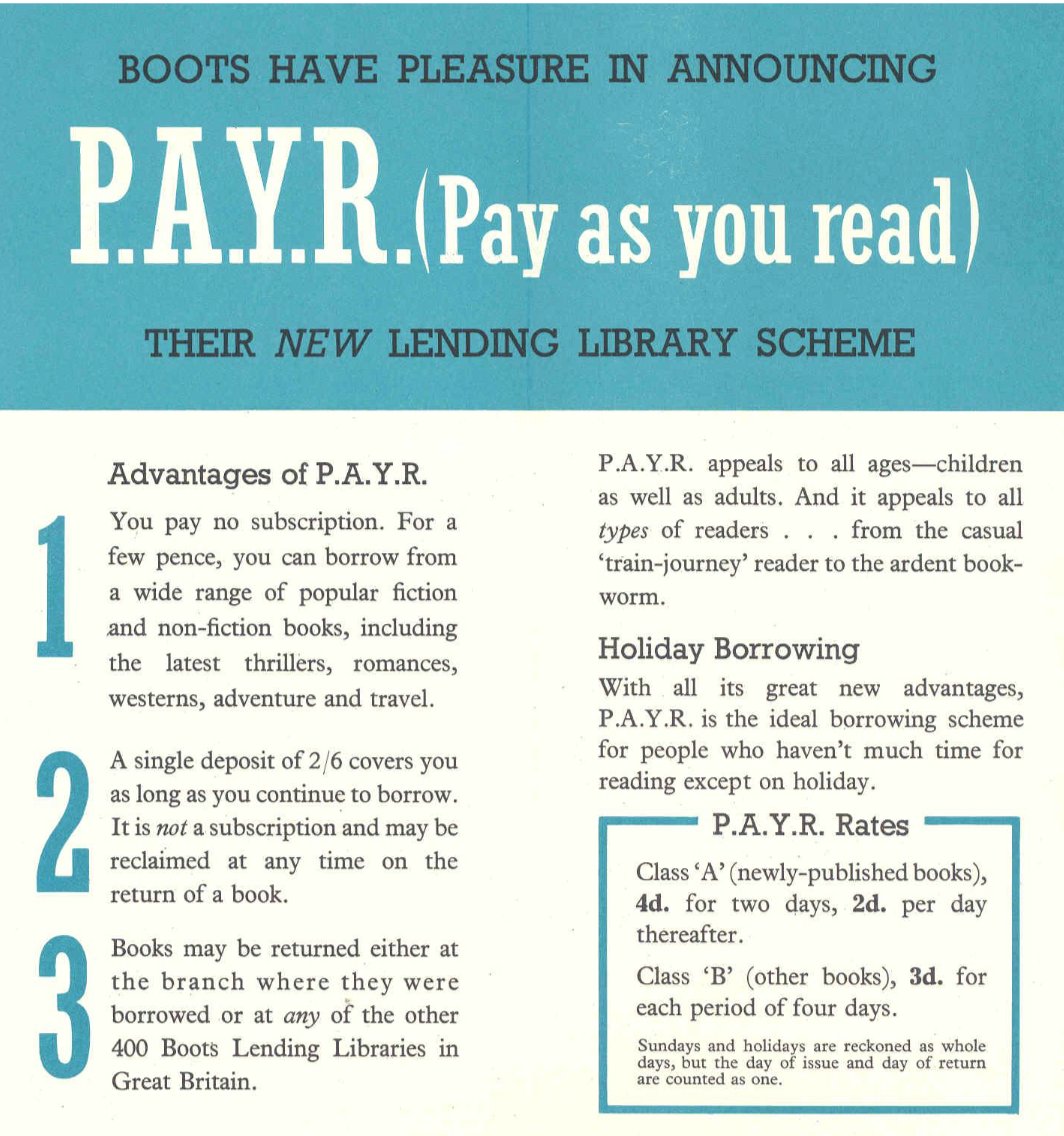 Red labels were stuck onto potentially offensive or racy books, like Celia's, which were placed below the counter, but Florence was adamant that she did "not intend to dictate to our readers...either the quality or the range of their reading" 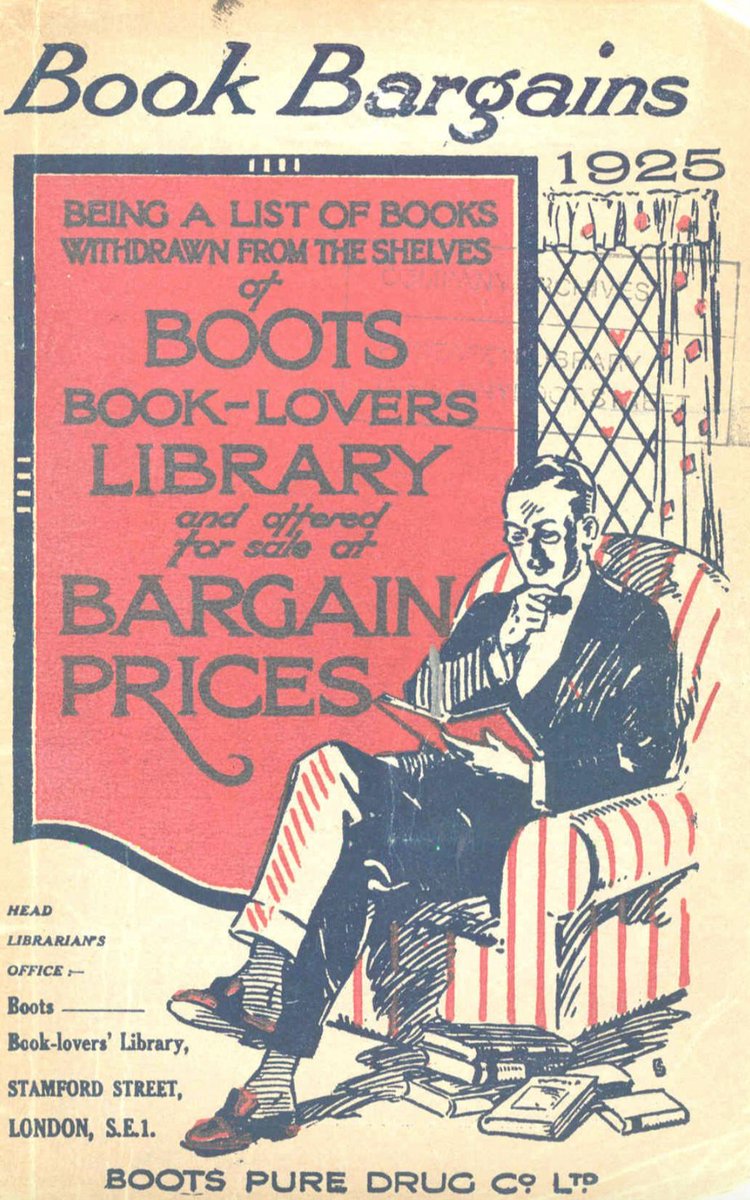 By the 1940s, there were over a million subscribers, 38 million books were exchanged in one year. The libraries were cosy, welcoming, with rugs and fresh flowers and trained librarians to help. 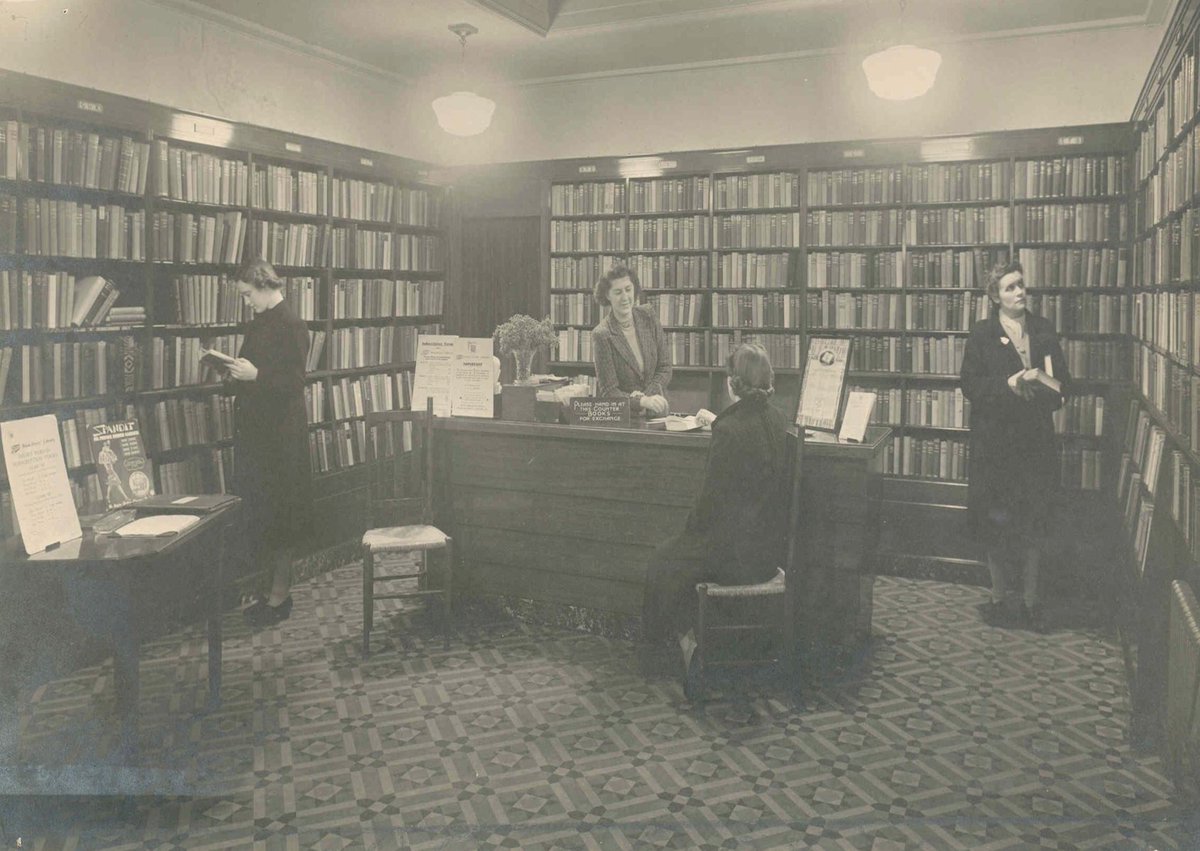 Boots libraries were so central to British life, in fact, that in 1940, John Betjeman used them as a defining national quality:

Think of what our Nation stands for,
Books from Boots' and country lanes,
Free speech, free passes, class distinction,
Democracy and proper drains. 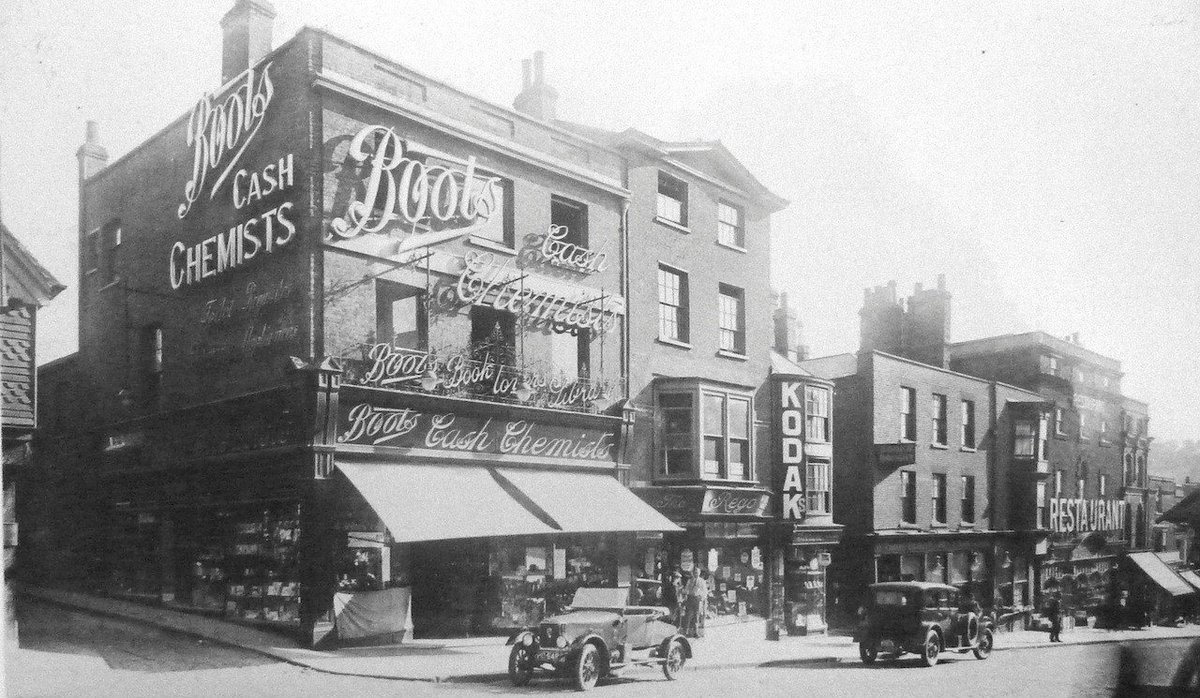 Boots helped generations to access a vast world of literature and changed the elitism connected with regular reading and choice of reading. By the 1960s, however, times had changed, the advent of cheap Penguin paperbacks and television made their mark. 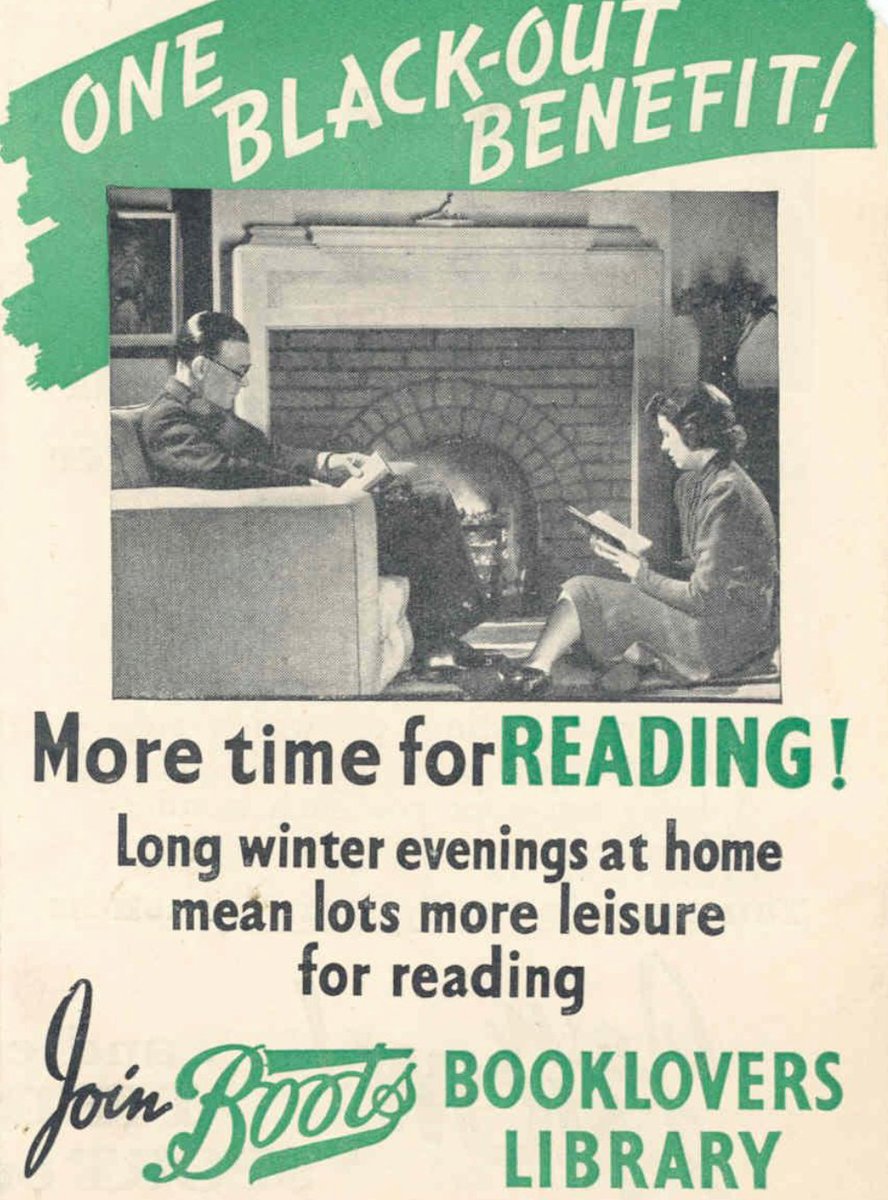 But it was the passing, in 1964, of the Public Libraries and Museums Act which ended the necessity for Boots. That act put an obligation on local authorities to provide free lending libraries for the use of everyone regardless of class or income status. 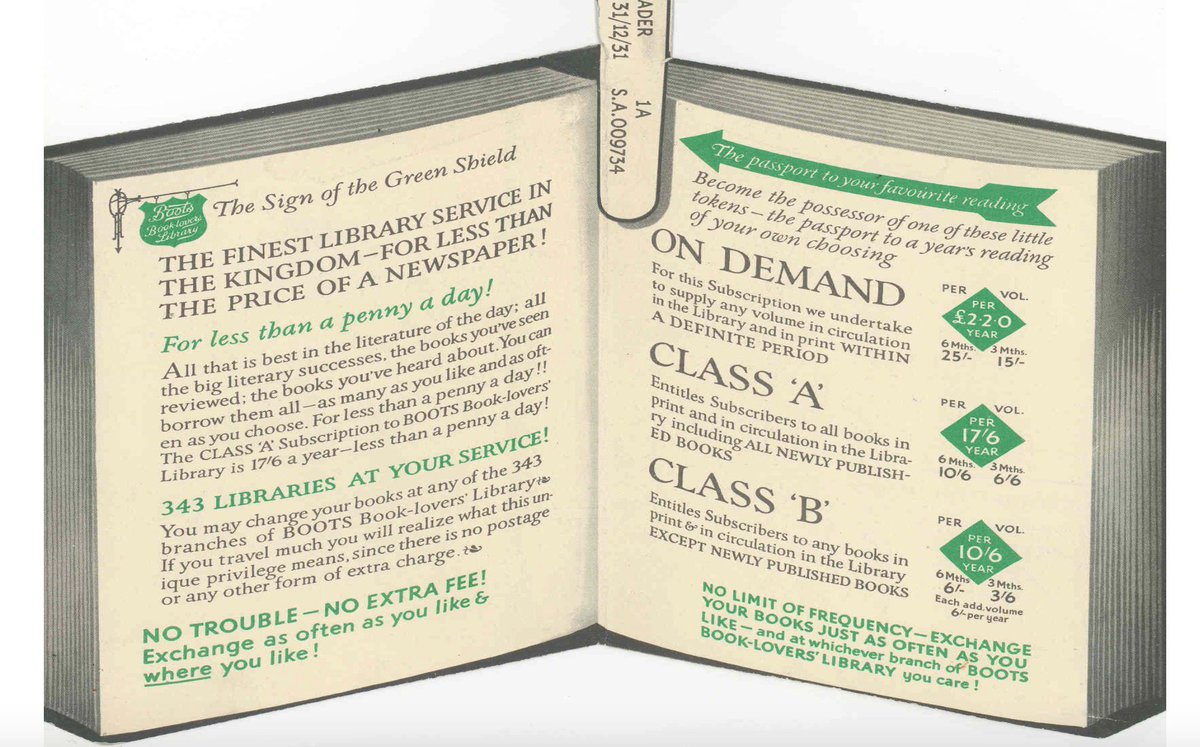 Boots' egalitarian scheme was no longer needed & slowly receded from our cultural imagination, until now, few people carry the association of books with Boots. Today, however, that Act is being deliberately & cynically trampled upon, with libraries closing all over the country. 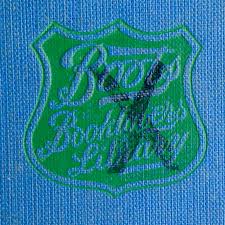 It is horrifying that we've essentially returned to the 1890s, the necessity for a Boots’ Library pressing hard, not just the access to books, but the lovely, cosy spaces, the interaction with knowledgeable librarians, the hub of safe, uplifiting community which they provided. 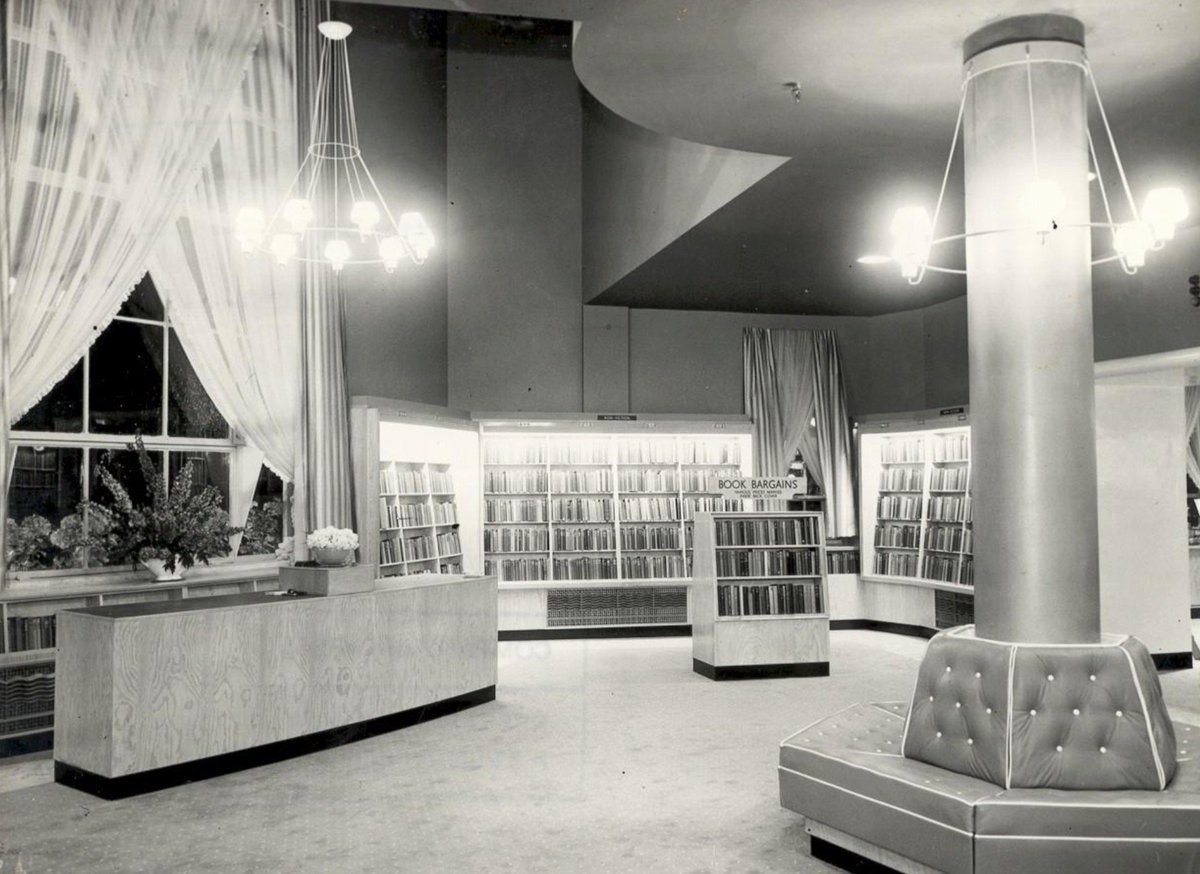 Images all online, mainly from the Archives of British Publishing and Printing, Special Collections, University of Reading

(Postscript: One of my favourite belongings is actually a prop from Brief Encounter - the cabinet from the station waiting room. We keep books and my mother’s typewriters in it now.)

Update - Images are in fact mainly from the archive of Boots ( https://bit.ly/2fR6m0Y  ), but @UniRdg_SpecColl's WH Smith Archive has material about their own library service, which ran from 1860 to 1961. See also research by @Nicola_LWilson