Every year, I reject this cynical, hopeless, inaccurate tweet. So much has happened since #SandyHook.

.@MomsDemand was formed the day after and we’ve helped pass background checks in eight states, bringing the total to 20. Over 50% of Americans now live in states requiring a background check on every gun sale.

We’ve also worked hard to pass laws in 28 states - red and blue - that keep guns away from domestic abusers. Just a couple of months ago, we passed one in Pennsylvania. We won’t rest until every state protects women and children - the main victims - from domestic gun violence.

In fact, 2018 was our strongest year yet: we helped pass stronger gun laws in 20 states - nine of which were signed into law by Republican governors.

And don’t forget defense. We’ve killed killed thousands of @NRA-supported bills to force guns on campus and in K-12 schools, to expand Stand Your Ground, and to dismantle permitting systems. @MomsDemand has a 90% track record each year of beating back bad bills across the US.

Not to mention the fact that we’ve prevented the @NRA from passing their two priority pieces of federal legislation since 2016: concealed carry reciprocity and deregulating silencers. Despite the fact that there was a Republican President and Congress.

And we're changing our culture by working with companies like Trader Joes, Target, Starbucks, Dicks, Walmart and Chipotle to have reasonable gun policies. This year, @TOMS joined the movement and is already helping to grow support for gun safety.

We’re also teaching Americans about responsible gun storage to help protect children from unintentional shootings and gun suicide through  http://besmartforkids.org . We’ve given thousands of presentations and partnered with the PTA and other organizations. #BeSmart

Six years ago, after the horrific, senseless, preventable shooting at #SandyHook, @MomsDemand began fiercely and fearlessly taking on the most powerful lobby this nation has ever seen – and we are winning. We have become the David to the @NRA’s Goliath.

That work is paying off. In the midterms, 3,000 Democrat and Republican candidates wanted our gun sense distinction. Of the 196 candidates @everytown endorsed, 150 won. And we didn’t just outspend the @NRA, our hundreds of thousands of volunteers outmaneuvered them on the ground.

Nearly 100 Americans are shot and killed every day, and hundreds more are injured. This is a crisis no other developed nation faces. Stopping gun violence in our urban centers and in rural outposts, and everywhere in between, has become @MomsDemand's mission.

From suicides to domestic gun violence to police shootings to shootings motivated by hate - it is all gun violence and we can make it stop. Mothers won’t allow the senseless deaths of Americans – including the 26 educators and elementary students at #SandyHook – to be in vain.

the grassroots arms of @Everytown, is fiercely and fearlessly taking on the most powerful lobby this nation has ever seen – and we are winning. Don’t let anyone tell you that’s not true. Be angry, but stay hopeful. #SandyHook 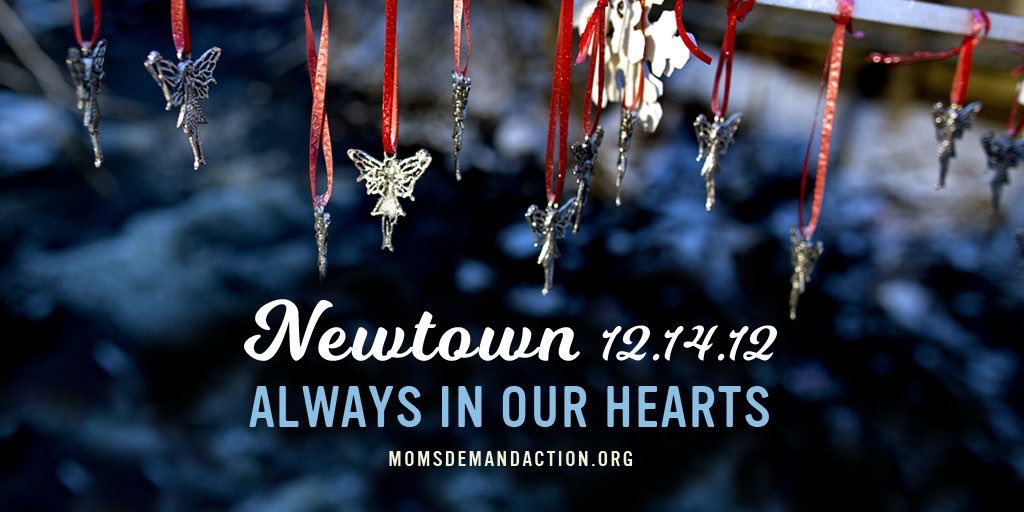