If you’re looking for a couple of hours away from the noise and chaos of a 21st century Christmas, can I introduce you in pondering the festive season as the late medieval Germans did? Turns out, that’s when and where many of our modern customs first developed! THREAD 1/ 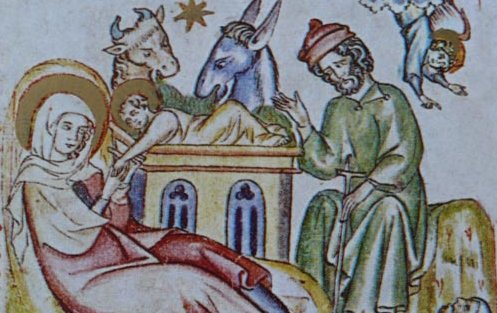 For the purposes of this thread, I’m going to be focusing on the 14th to the 16th centuries - the very end of the medieval period. Just to please the pedants out there, of which there are many... /2

A medieval German Christmas was less *intense* than our own, but lasted longer. The entire period was increasingly celebratory, lasting from the 25th of December to the 6th of January - from Christmas Day to Epiphany, or the day celebrating the arrival of the Three Kings. /3 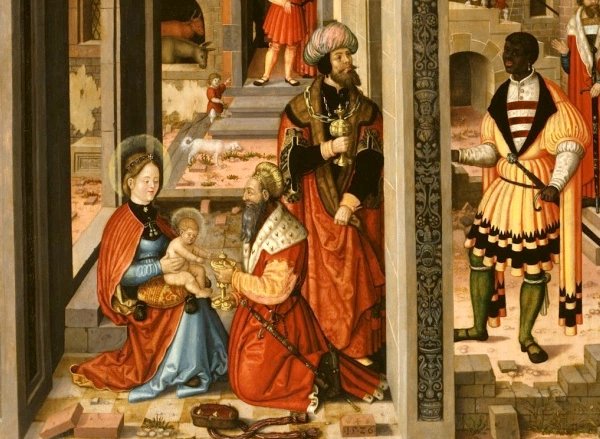 This period coincided with the Winter Solstice and the longest night of the year, a time of the year significant for thousands of years across Europe. The Romans also had a winter festival, Saturnalia, around this time - a time of feasting and the overturning of social mores. /4 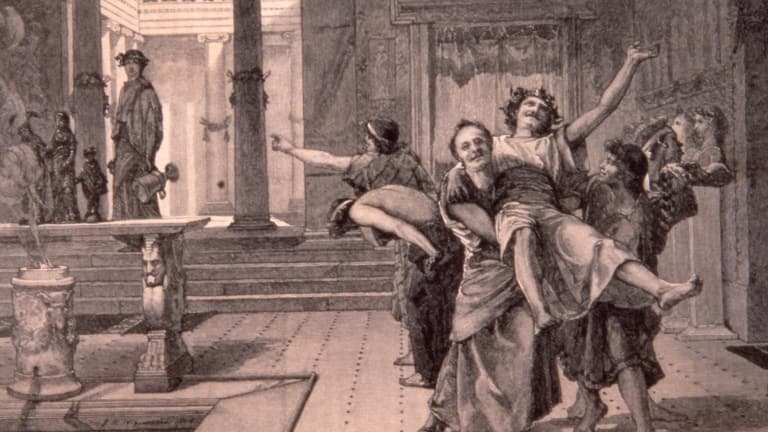 The weeks preceding Christmas - Advent - was a time of prayer and fasting. Kind of miserable when you think about it, but endured by many out of piety (or knowledge of what was going to come). Advent ended on Christmas Eve, when families would gather together. /5 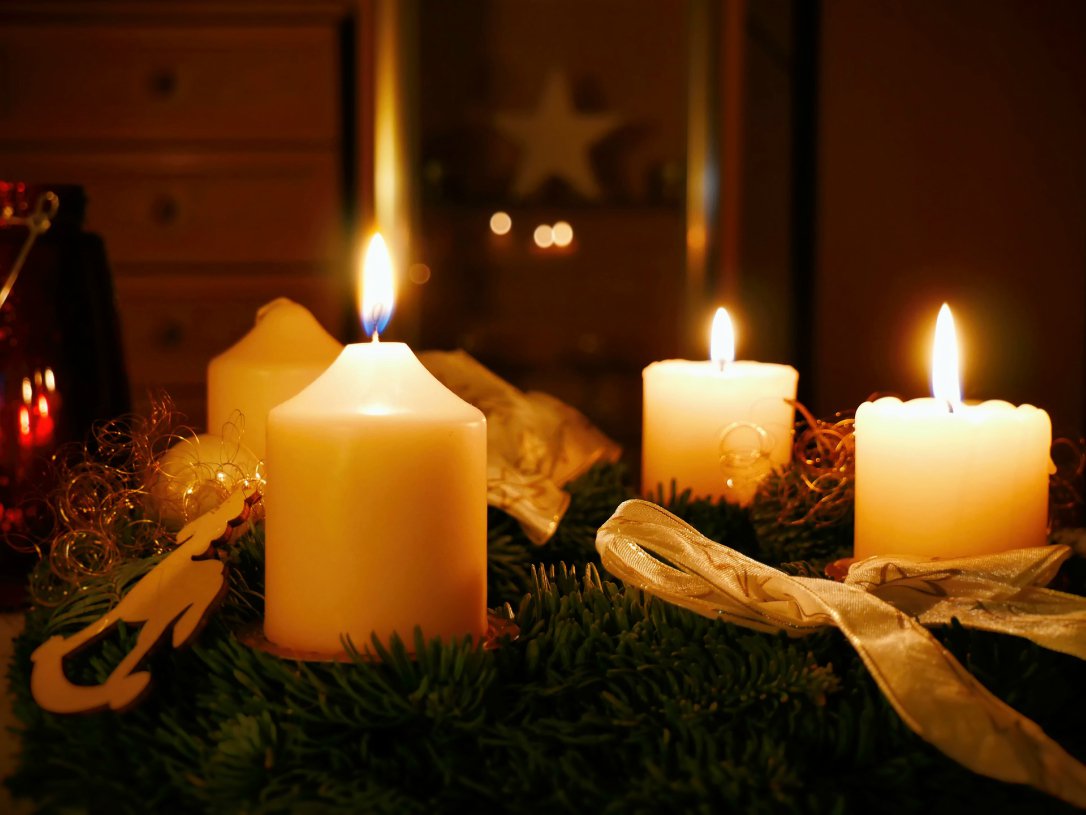 On Christmas Eve, rich and poor would have headed to their local church, where they would hear Mass. In village churches, they would have stood or sat on the floor as they listened to the priest in Latin, looking at the coloured wall paintings. /6 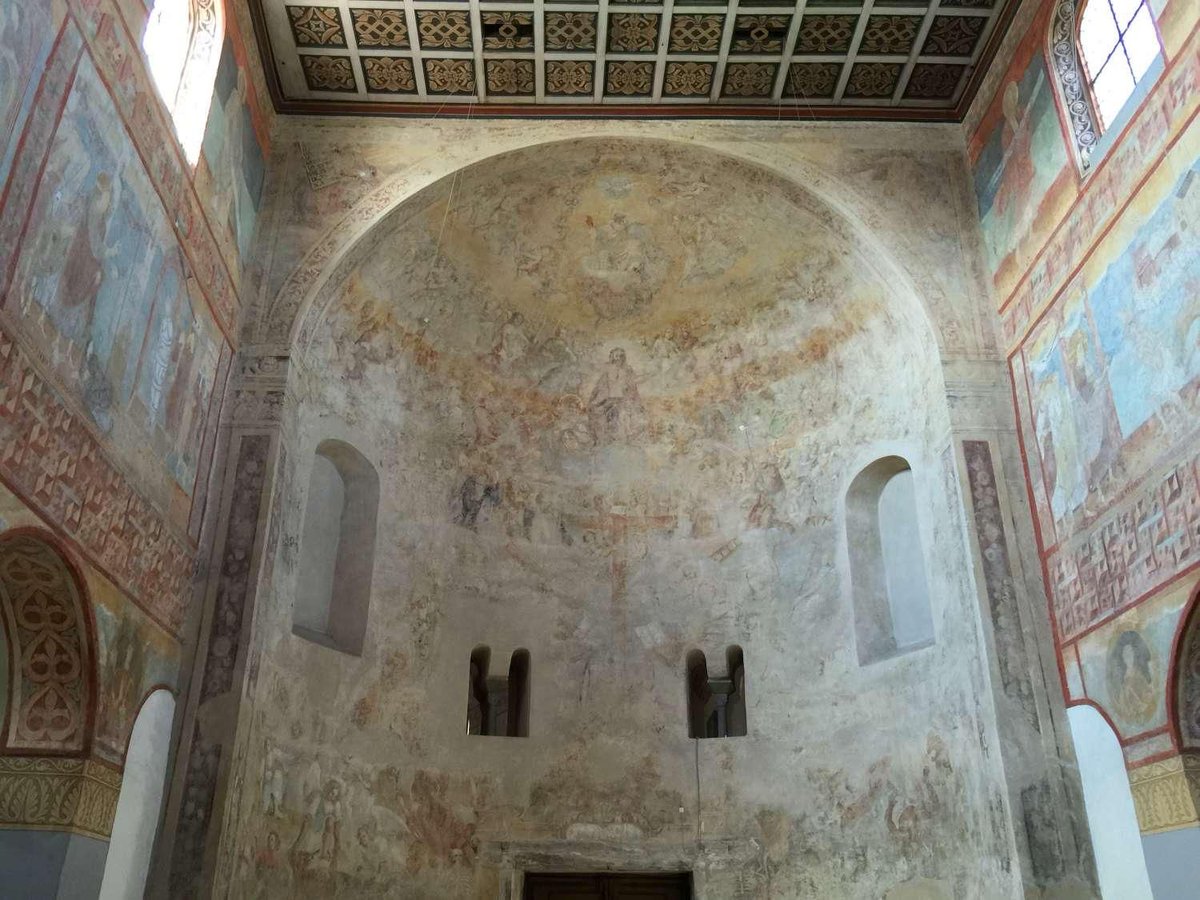 In bigger towns and cities, large churches or cathedrals would have been filled with merchants and other dignitaries, with some kind of stalls to sit in. Regardless of who and where they were, this would have been a rather solemn, reflective occasion. /7 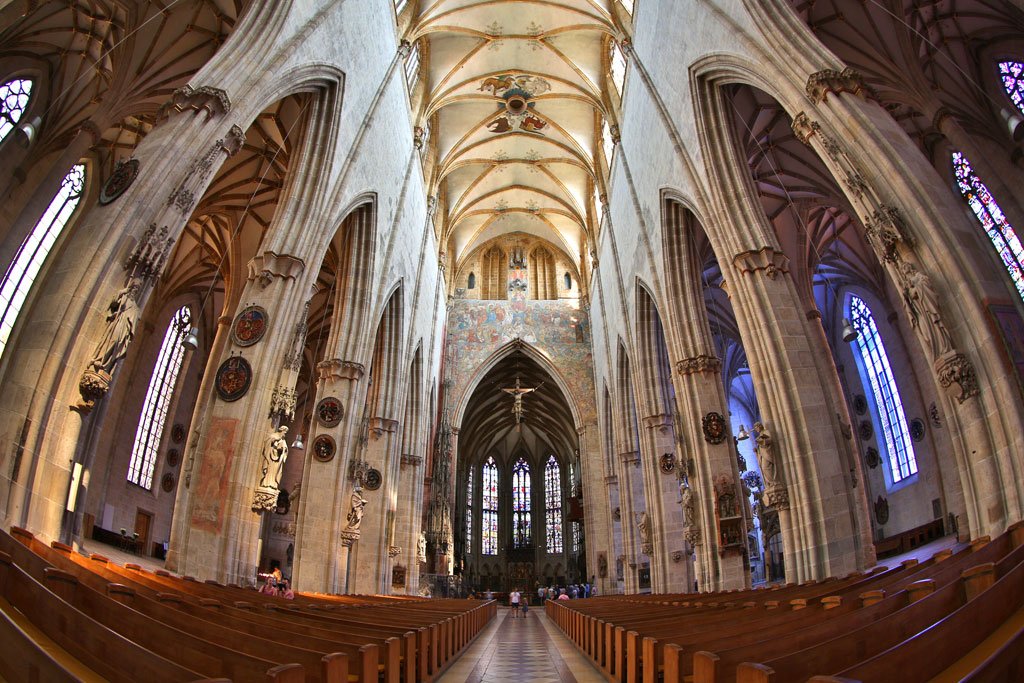 In the weeks beforehand, markets would have appeared in larger towns & cities, and they would have been absolutely rammed. These weren’t the schmaltzy cookies-and-gluehwein markets we see today - these would have been full of food, to last through the darkest part of the year. /8 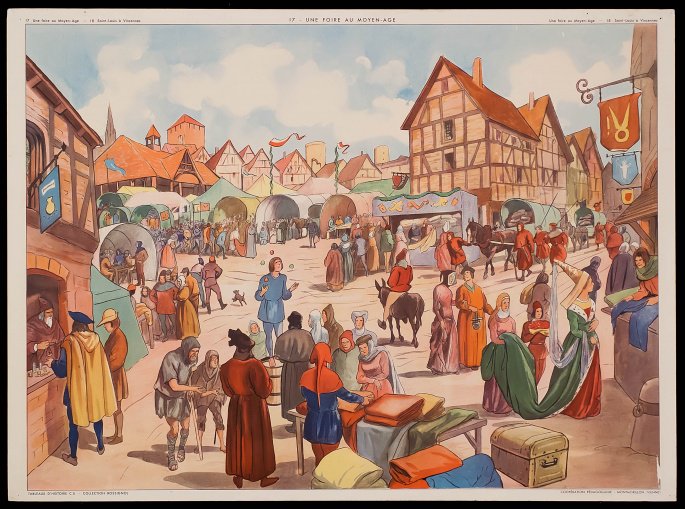 Feasting and celebratory meals would have occurred throughout the 12 Days of Christmas, depending on when and where you were. The meal, if you were loaded, would have been goose - originally eaten at Martinmas in November, but soon a Christmas favourite. /9 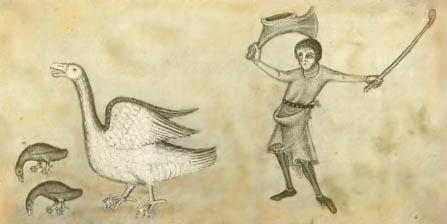 Those of more humble origins might spring for pork or other birds for their Christmas feast, supplemented by root vegetables (no potatoes). The rich may have had access to wine, although it’s more likely that most would be drinking mead or stronger ales at this time of year. /10 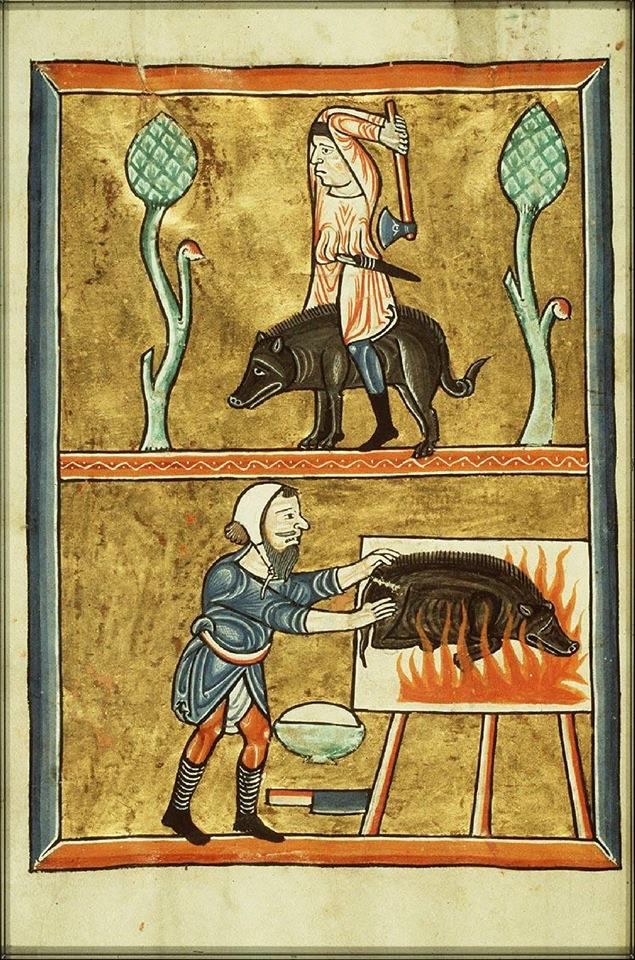 Gift-giving throughout the period was officially frowned on by the Church - this was supposed to be a time of reflection, yet along with the feasting, gifts were exchanged. Medieval German children believed their gifts were brought by the Christ child - some still do! /9 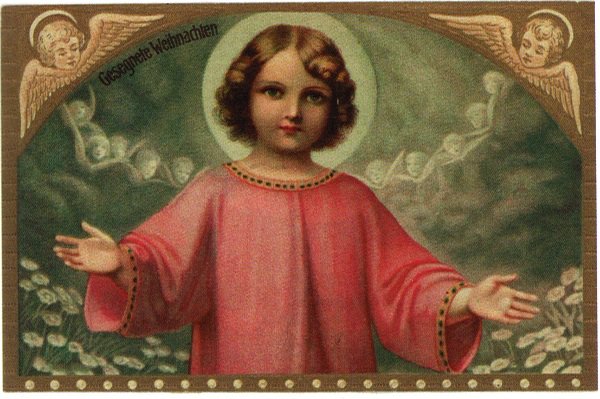 While Christmas trees weren’t yet really a thing - they emerged during the 17th century - trees would have been decorated. This was a tradition with exceptionally old roots, stretching way back to the pagan past. These decorations mostly comprised fruits, dried or fresh. /10 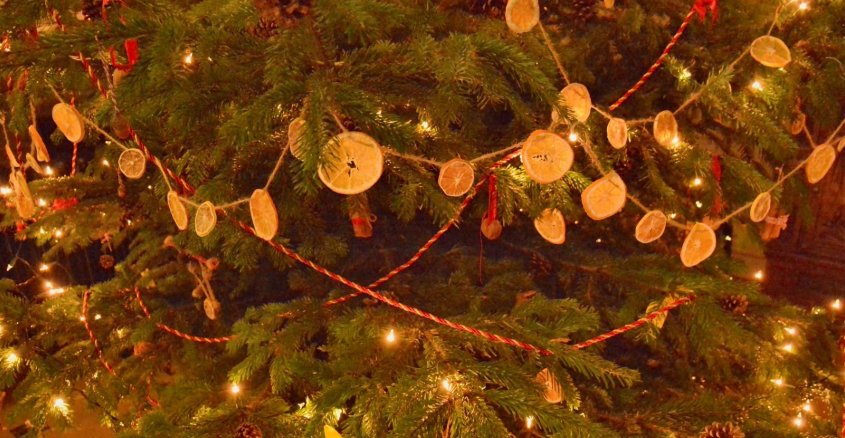 In terms of entertainment, along with the feasting, ‘Mystery Plays’ would have been performed near churches and in marketplaces. These told Biblical stories in a form that those attending could understand, and developed traditions over time before the Protestant Reformation. /11 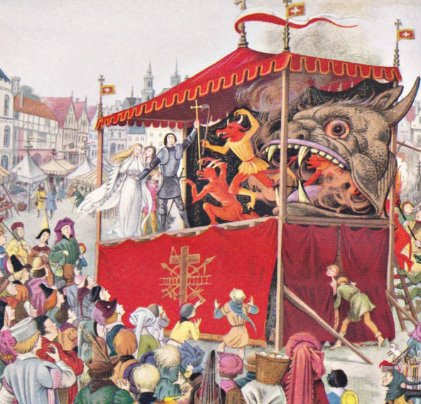 One thing you might miss during a medieval German Christmas is a relative paucity of what you’d consider Christmas Carols. While there were traditional songs and hymns that would be sung at this time of year, very, very few of them would be recognized by a modern listener. /12 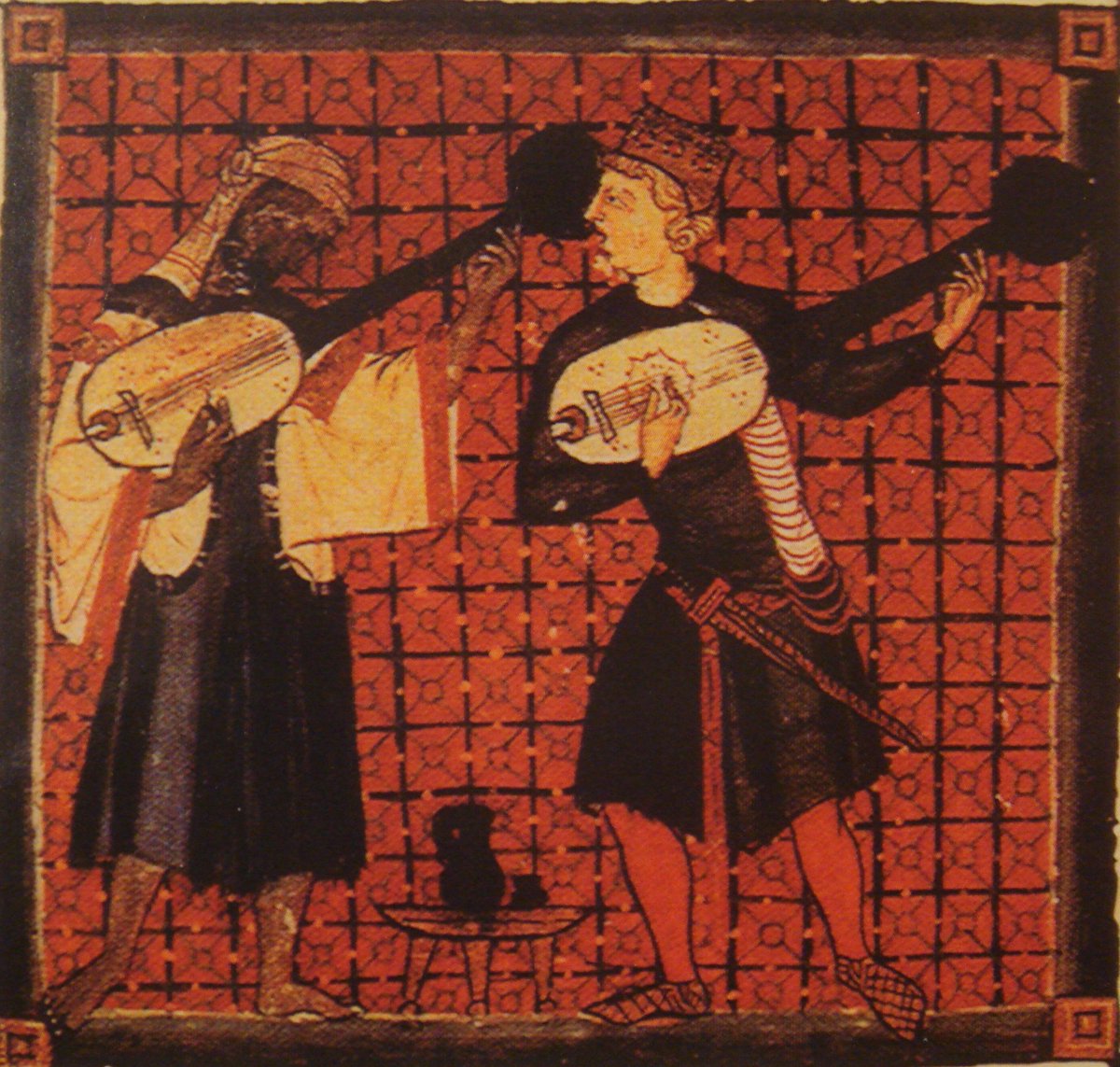 Something else you might not recognise (unless you’re German) is the belief that this was a time of year when demons and devils were said to roam the earth - fire and noise were what was needed to keep them away, and processions of costumed figures happily obliged with this. /13 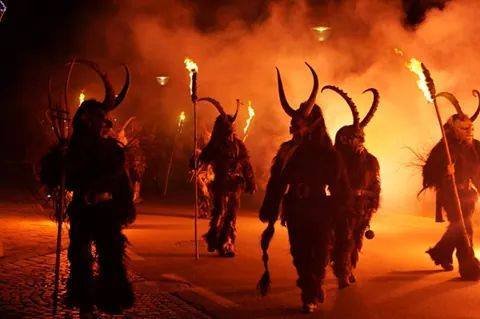 You might also want to be careful if you are Jewish. Christmas was a time when phenomenon such as the ‘blood libel’ - the belief that Jews used the blood of Christian children in rituals, reared its ugly head. More than once pogroms tore through communities at this time. /14 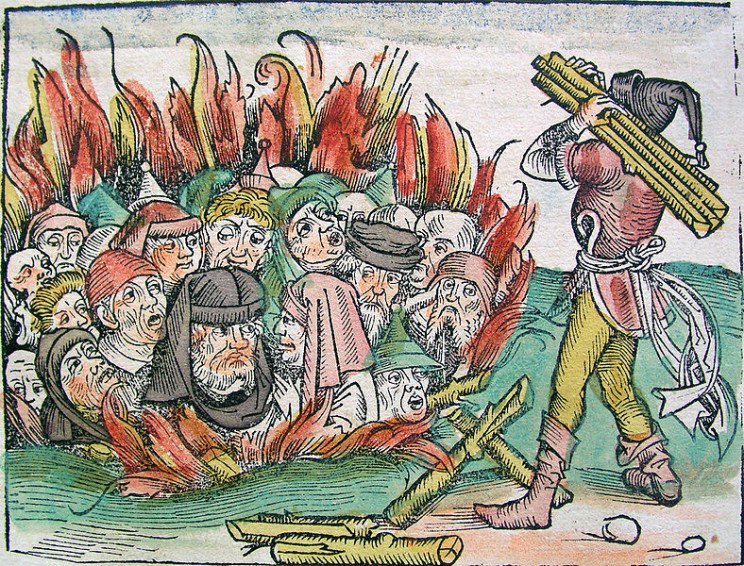 Overall, Christmas in medieval Germany was more prolonged than the two or three days that it is often celebrated as in the Anglosphere, with a more free-flowing & slightly more muted tone. It was, for many, considered an opportunity to feast and drink, with less obligations. /15 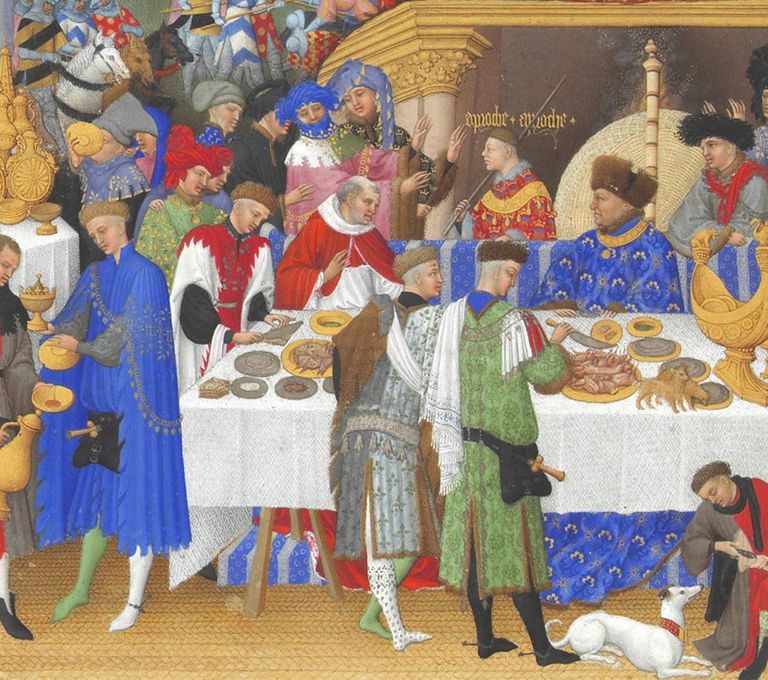 Personally, I think there’s a lot we can take from a medieval Germany Christmas - aside from the chance of anti-semitic violence. Really, it should be all about spending time with loved ones, eating a disturbing amount of food, napping and pondering the past year. Lovely. /FIN