(Thread) What the heck is going on with Flynn?

People have asked variations of that question👇

Let’s look at this from Flynn’s viewpoint: He was feeling great ahead of yesterday’s sentencing.

1/ He and his supporters believed that the judge would be furious—at the special counsel for overreaching.

Some Flynn supporters even predicted the judge would throw out Flynn’s guilty plea for FBI misconduct.
https://www.foxnews.com/politics/comey-issues-moral-rebuke-of-trump-for-criticizing-cohen-raid-shame-on-republicans …

2/ Instead, the judge scolded Flynn, warned he might do jail time, and said: “Arguably you sold your country out.”
https://www.nbcconnecticut.com/news/national-international/Michael-Flynn-Sentencing-Run-Up-Drama-502982181.html …
Does Flynn therefore see that "FBI misconduct" was a "crackpot theory?"
https://www.washingtonpost.com/opinions/2018/12/19/wild-day-court-defies-expectations-flynn-trump/?utm_term=.f420c3415519 …
Nope, as a glance at Fox headlines shows.

3/ Sara Carter thinks that Flynn's sentencing was postponed because the judge has more questions about SC and FBI conduct:

Jonathan Turley remains persuaded that nothing Flynn did was that bad.

4/ Turley even said that that the judge’s mention of “treason” was so wildly out of place on this record that the judge must have been "facetious."
https://www.foxnews.com/opinion/jonathan-turley-judge-surprises-flynn-at-sentencing-hearing-heres-what-to-expect-next …

5/ It’s called Confirmation Bias: a tendency for a person to interpret new info in a way that confirms that person’s existing ideas.
https://www.sciencedaily.com/terms/confirmation_bias.htm …
From this I suggest Flynn submitted the sentencing memo accusing the FBI of misconduct because he thought it was the truth.

6/ This brings us to another question I’ve seen: Why doesn't Trump attack Flynn the way he attacks others? Why do Trump’s supporters defend Flynn?


It seems to me they don't attack Flynn because Flynn is a true believer.

7/ It is clear from the sentencing memo that Flynn sees himself as the victim of a Deep State plot.

Of course, this is Trump’s theory, too.

Trump's view is that“General Michael Flynn” (no name calling) is under “enormous pressure.”

8/ Trump and his followers, including Flynn, see themselves (or they cynically cast theselves) as victims.

No surprise: A hallmark of fascist ideology is that the dominant group sees itself as victims.

I wrote about that regarding Kavanaugh👇

9/ They don’t attack Flynn because he's a victim.

From TrumpWorld that just looks like a good guy is buckling under enormous pressure.

10/ “But,” you ask, “he’s endangering them by telling the whole story! Won’t their fear lead them to anger at Flynn?"

Remember, they don’t think they’re traitors. They think the US would be better off allied with Russia (I've talked about why elsewhere: It's about diversity). 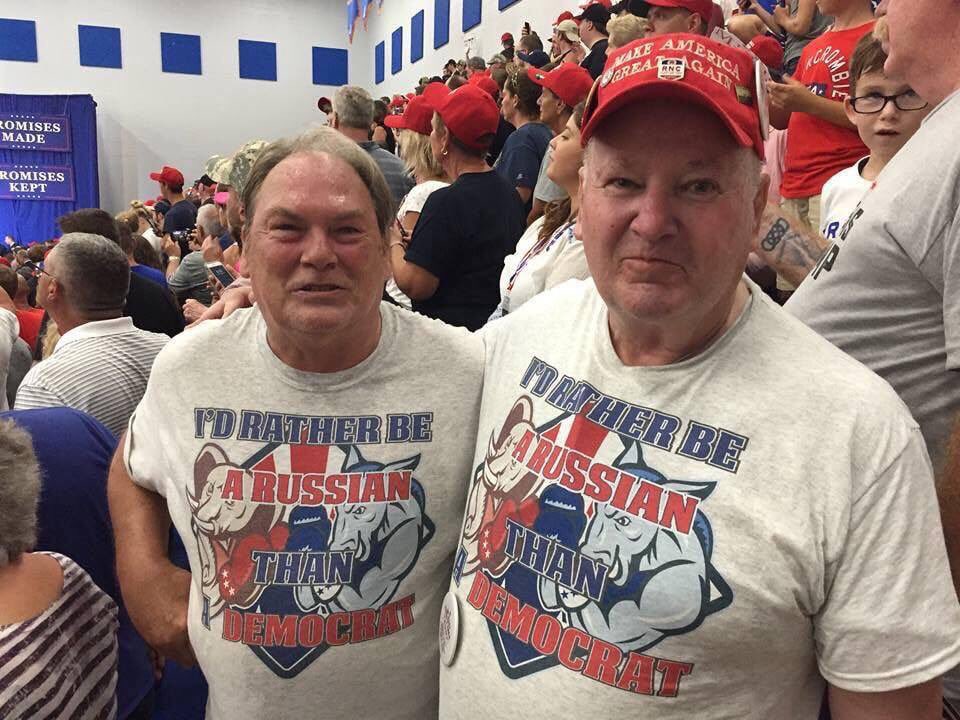 11/ Some of Trump's pals want an alliance with Russia because they’re greedy and Russia is dangling lots of $$$.

But some truly embrace authoritarian ideology. (Used to be called "anti-democratic personality)

Others justify their greed based on ideology:

12/ I know the common view is that Trump is coming apart because he’s terrified that the truth will come out. (There may be a bit of confirmation bias in that.) But people have been saying that since 2016.

I suggest another explanation.

12/ What looks like Trump coming apart is Trump being Trump, creating the usual crisis and spectacle.

I suggest Trump thinks he’ll beat Mueller, so in the end, what Flynn says won’t matter.

13/ . . .aggregate of polls, he still has 42% approval.  https://projects.fivethirtyeight.com/trump-approval-ratings/?ex_cid=rrpromo …

He thinks he'll win using the same tactics he's been using all along: lead us into a post-truth world in which facts won’t matter, and torpedo Rule of Law.

14/ If Trump kills Rule of Law, the results of an investigation won’t matter. Even a jury verdict won’t matter (he just tell his followers that some of the jurors were Democrats).

Trump told an audience in MI that “all our laws are so corrupt and stupid”
https://www.mlive.com/expo/erry-2018/04/bab779dc196618/ten_highlights_from_donald_tru.html …

Besides Trump knows his followers will believe anything he says. (If you missed it, see my Slate article👇)
https://slate.com/news-and-politics/2018/10/trump-lies-kavanaugh-khashoggi.html …
(Will Trump beat Mueller? Of course not. But he thinks he will.)

15/ Another mystery: Given the seriousness of Flynn’s crimes, what could Flynn have given Mueller to warrant Mueller recommending no jail time?

The answer perhaps lies in Mueller’s 2011 lecture in which he talked about iron triangles. . .

From Mueller: “They infiltrate US businesses, and try to manipulate people at the highest levels of government.”

Trump isn't the top of the international crime enterprise.

18/ Despite the shocking seriousness of Flynn’s crimes, Flynn is a two-bit criminal compared to the Iron Triangle that put Trump into the White House.

I suggest that Mueller is after the international Iron Triangle organization that put Trump into the White House.