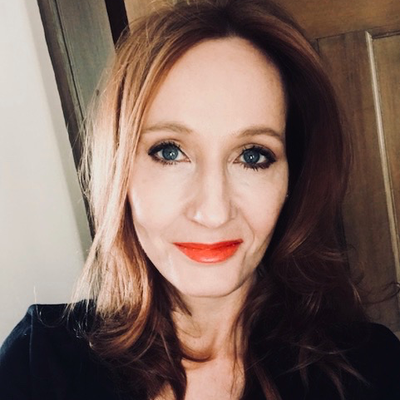 And lo, unto her did appear a host of Corbyn defenders, who did descend upon her mentions, and she was not sore afraid, because she was used to it. And the host did sing with one voice, ‘ungodly woman, thou foolest us not. We know the true reason thou despisest Saint Jeremy.’ 1

And she did say unto them ‘share thy hot take.’ And with righteous wrath they did declare, ‘thou fearest Saint Jeremy, friend of the poor, because he shall take from thee in taxation much more even than Herod, and so thou attackest the meek and honest saviour of this land.’ 2

And she did reply, ‘I shall not call ye dimwits, for it is the season of goodwill, but tis not Saint Jeremy who shall tax me, nay, not even if he enters the house of Number Ten, for my tax rates are set by Queen Nicola, in whose kingdom I do abide, and unto her I do pay
3

my full portion, seeking neither to flee to Monaco nor to hide my gold in far flung lands, like St Jacob, Patron Saint of Filthy Hypocrites.’ ‘Speak not of hypocrites!’ cried the host, ‘for thou dost claim to care about the poor yet doth rail against their champion, St Jeremy!’ 4

And she did answer, ‘How shall the poor fare under Brexit, which thy Saint hath always in his secret heart desired, yet he hath not admitted what was in his heart, lest fewer attend his next Sermon on the Glastonbury B Stage.’ And they did answer, ‘Saint Jeremy will achieve
5

a miracle, and he shall bring forth a Jobs First Brexit and all the land shall rejoice.’ And she did answer, ‘bollocks.’ But she bethought her of the season of goodwill, and repenting of her ire she did speak further. ‘I have, for all my life, voted Labour, yet now I cannot.’ 6

‘But his goodness doth shine out of his every orifice!’ cried the host, swarming anew into her mentions. ‘Behold his beard! Look upon this picture of him being led off by police when he was protesting racism in all its forms!’ And she did say, ‘I have looked upon his beard 7

...and also upon this picture. It is a good picture and I do like a beard, as I have oft declared. Yet must I protest, thou it breaketh my heart so to do, that this party of Labour, which I have so long loved, has become, under St Jeremy -‘
8

‘Speak not of the Jews!’ cried the host. ‘Why must thou speak so oft of the Jews?’ ‘Yea, I must speak,’ said she, ‘for when Jews no longer feel safe in Labour then I too must leave.’ And one of the host did shout something about the Rothschilds
9

and he was hastily hushed by his brethren, who did declare, ‘he is not one of ours, thou he sports a #JC4PM halo.’ And another did speak and he said, ‘it is not antisemitic to criticise Israel,’ and she did put her face in her hands and want to weep. 10

But she did then look up and see many stars shining brightly in the sky and lo, they did arrange themselves before her eyes into a ‘who would make the best Prime Minister poll’ and she did cry, ‘Will ye not raise up your eyes to the Heavens? See there the People’s mind!’ 11

And they did look up at the stars and read there that St Jeremy was, as for ages past, in third place after Pontus May and Don’t Know. And she spake further, ‘do ye not see that St Jeremy is hurting your party, yea, that his inability even to organise a vote of no confidence
12

doth embolden and strengthen this calamitous government, of which all despair?’ But they did close their eyes to the stars and some did answer, ‘you are a fool who doth not understand St Jeremy’s master plan’
13

and others still did beseech the woman to descend from the ivory tower in which, for the purposes of this story, they would wish her to dwell. And they besought her to descend into Bethlehem, and go to a certain allotment,
14

where she would find the Messiah busy with his marrows and she would be filled with the spirit of Momentum. But she did shake her head and declare that she was and would remain an unbeliever, yet full sorrowful she was, for Labour had been her home. 15

And the host did despise and condemn her, and many did tell her to fuck off and join the Tories, and before they did depart one of their number cried unto her, ‘it’s because he’ll tax you more, isn’t it,’ and she did sigh and wished him a Merry Christmas. 16X