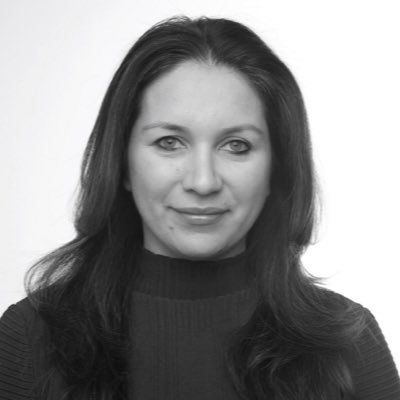 1. Days after Secretary of Defense Jim Mattis resigns, Brett McGurk, the top diplomat leading the fight against ISIS, turns in his resignation letter, saying he cannot carry out Trump’s policy of withdrawing from Syria.  https://www.nytimes.com/2018/12/22/world/brett-mcgurk-isis-resign.html …

2. In an email that brought his staff to tears, McGurk said: “The recent decision by the president came as a shock and was a complete reversal of policy that was articulated to us. It left our coalition partners confused and our fighting partners bewildered....”

3. “.... I worked this week to help manage some of the fallout but — as many of you heard in my meetings and phone calls — I ultimately concluded that I could not carry out these new instructions and maintain my integrity,” he said.

4. @BrettMcGurk was considered by many to be the glue holding together the sprawling, 79-nation coalition battling ISIS. A veteran of 3 administrations, he was a rare holdover from the Obama White House, a sign of the crucial role he played in helping mount the war against ISIS

5. @BrettMcGurk was due to leave in February. It’s significant that he accelerated his departure by two months, in light of the events that just occurred.

7. Our full story on @brett_mcgurk's resignation. He is credited with stitching together the multi-ethnic and multi-national, 79-member coalition which launched the war against ISIS. This was anything but easy, as the former director of the NTCT attests:

8. Among the most difficult pieces to get right in the battle against ISIS was finding a reliable partner in Syria, able to wage a ground war against the terror group. It became clear early on that only a Kurdish militia had the capacity to do it. But then Turkey got in the way:

9. It was McGurk's team that first convinced Turkey to allow a US airdrop to the Kurds during the siege of Kobane in 2014 and the opening of a land bridge so that the Kurds could resupply. Eventually, the US was able to broker an alliance with the Kurds, despite Turkish pushback 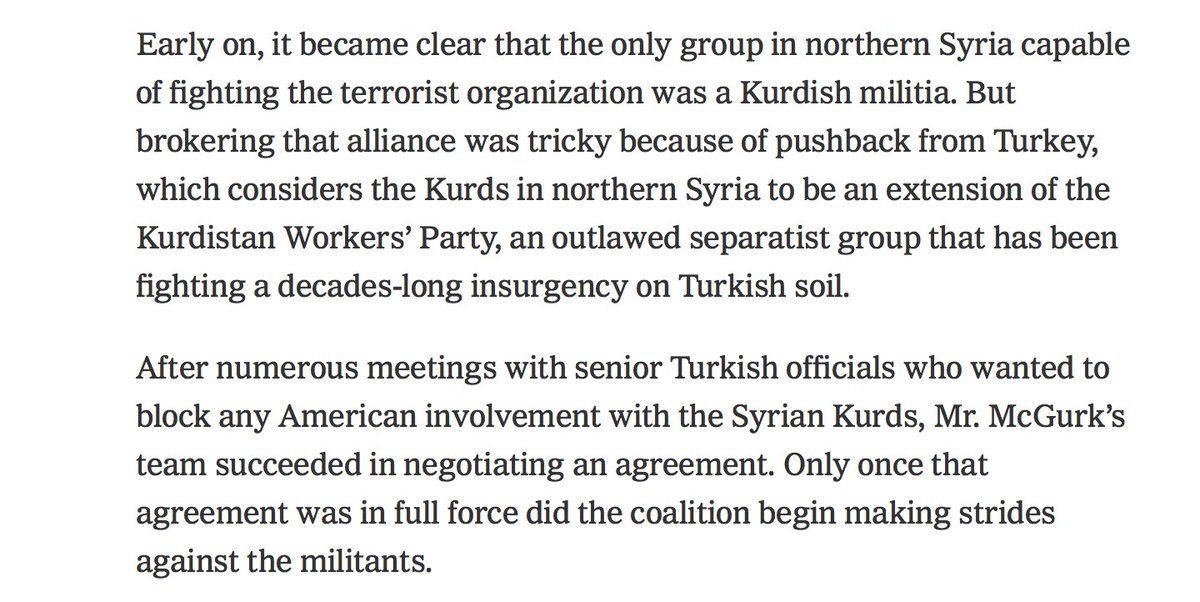 10. Because of that alliance, the campaign in Syria has been low cost for the United States, both in terms of money spent & lives lost. While four American soldiers were killed there in the 3+ years since our involvement, officials estimate that the Kurds buried 10,000 of theirs 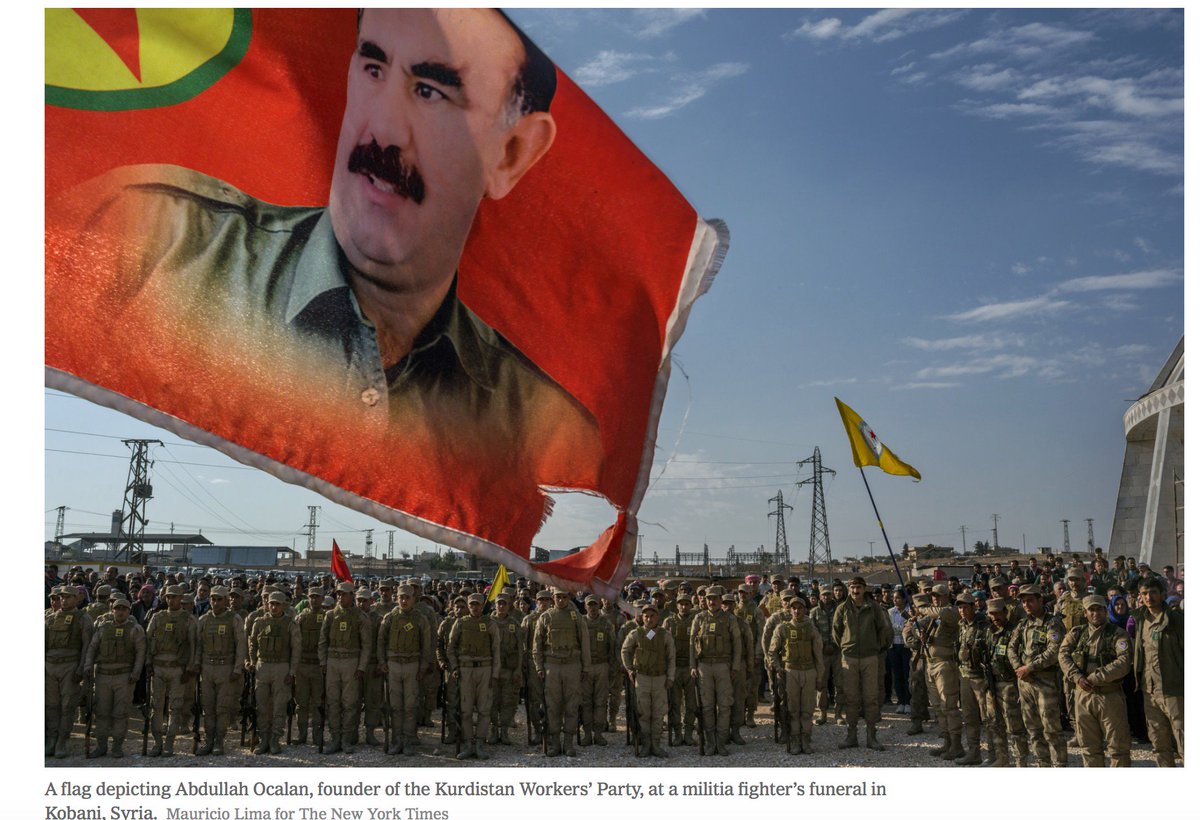 11. Compare that to how many American soldiers died during the Iraq war - over 300 per year in the first 13 years of that conflict. The key in the Obama administration's approach to the war on ISIS was helping prop up local partners, who did the bulk of the ground invasion

12. Days before Trump announced the drawdown, @brett_mcgurk reassured colleagues that America was in it for the long haul. He then had to call our Kurdish allies - the very people who died by the 1000s in this fight - to tell them that the U.S. was reneging on its promise. 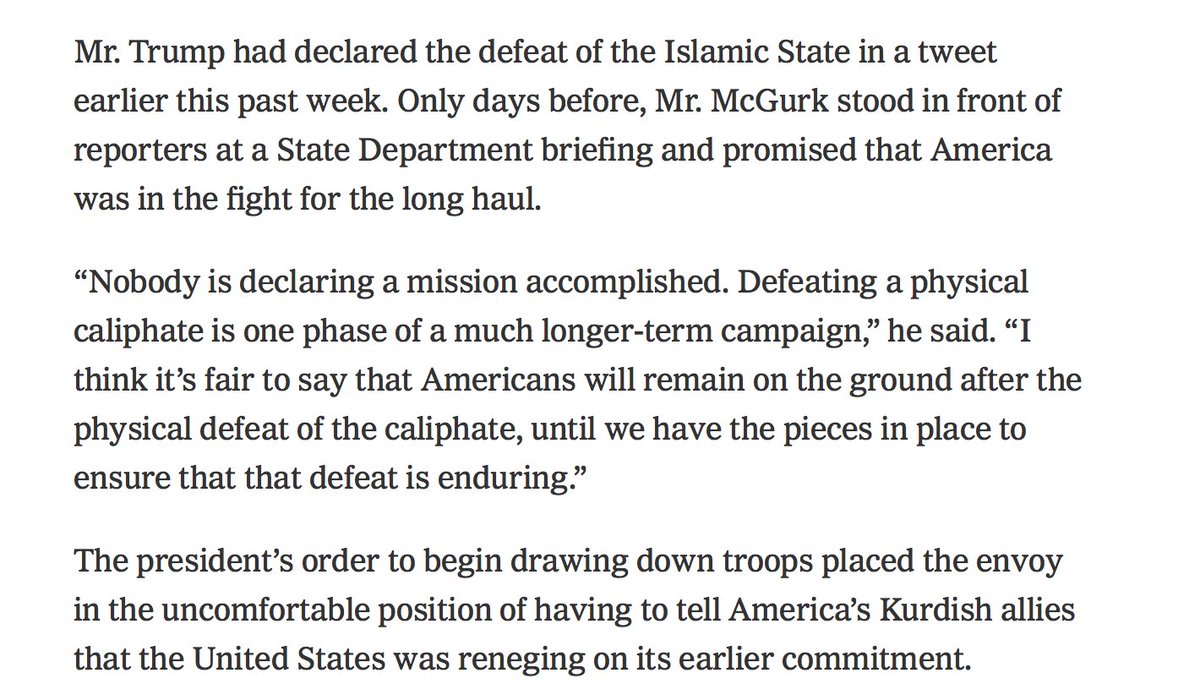 13. In a Tweet today, Trump reiterated that he considers ISIS defeated even though the group still has 20,000 to 30,000 fighters just in Iraq & Syria. He suggested Turkey could mop up what's left. Seems unrealistic given how reluctant Turkey was to get involved in the first place 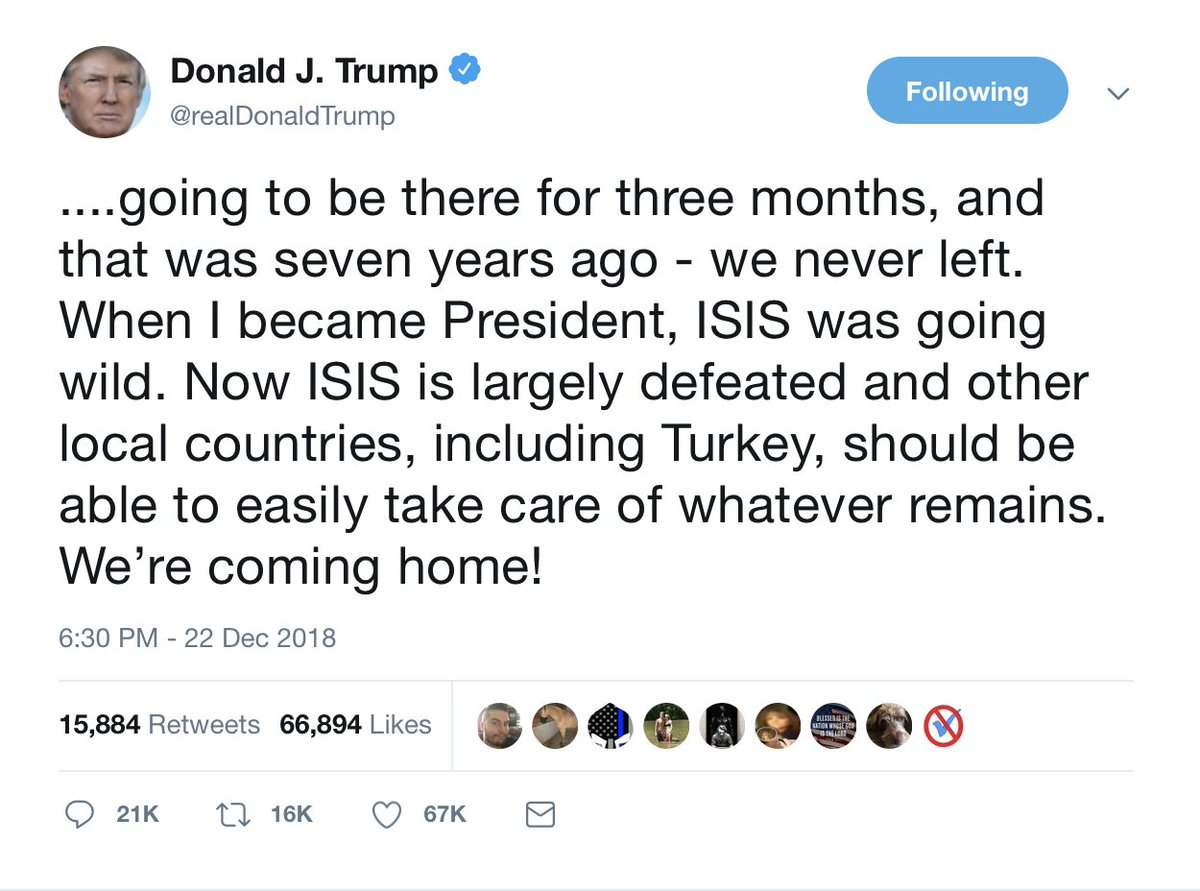