Almost every provider does this and it’s a pet hate of mine: promised an update every hour during a big outage, and then does no update at all. Just say you’re still fixing it, or post a GIF of you shouting at Cisco.

They’re still trying to fix this.

If anybody wonders about the rolling 911 outages across the US, CenturyLink host 911 (and yes, same outage).  https://www.centurylink.com/wholesale/pcat/911.html …

The US have started using the emergency alert feature to notify 911 is down due to the @CenturyLink outage. Turns out routing emergency services PSTN calls over IP is dumb, who knew? 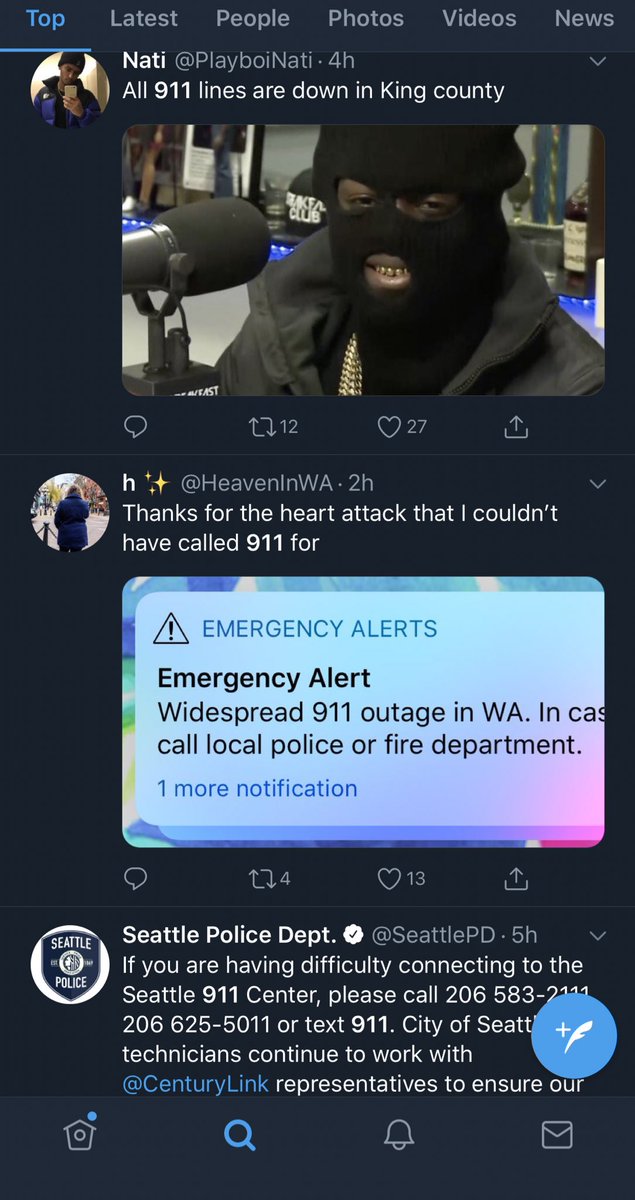 The CenturyLink outage is still ongoing. FCC have launched an investigation into 911 outages. In 2014 they were fined $14m over 911 service issues. 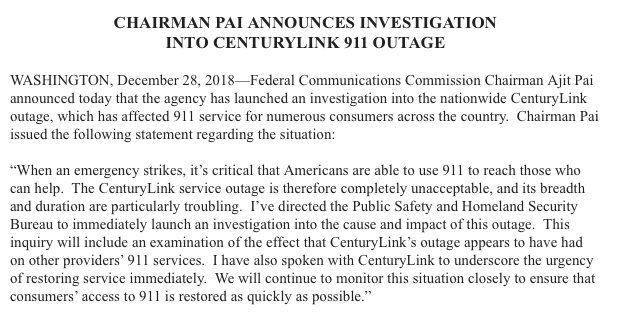 Given the highest death rates are recorded between Xmas and New Year it may help if the emergency broadcast system includes a link to somewhere with phone #s. 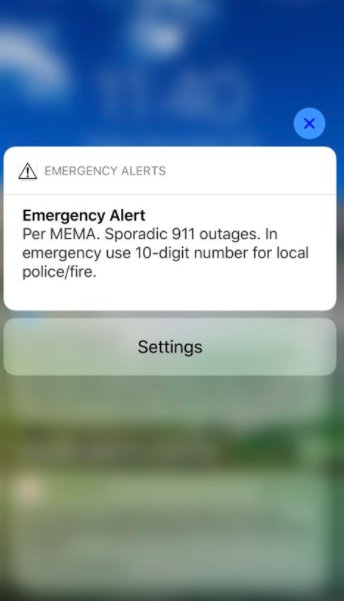 Been monitoring CenturyLink core networking today. For a few hours it has been up and stable, looks like they’re finally getting on top of things at all locations.

After a 50 hour outage at 15 datacenters across the US — impacting cloud, DSL, and 911 services — CenturyLink say the outage is fixed, and was caused by a single network card sending bad packets (they’ve since applied bad packet filtering). 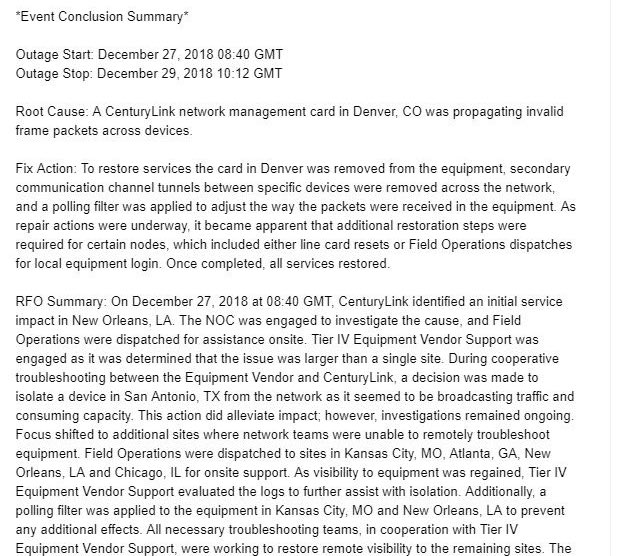