An empty field. The nearest house is 1km away. It’s freezing cold. What I am doing here?

Every place has a memory. Perhaps dreams. This one has nightmares.

Nearly a hundred people were massacred right on this spot. I am possibly the very last person to know that it happened. 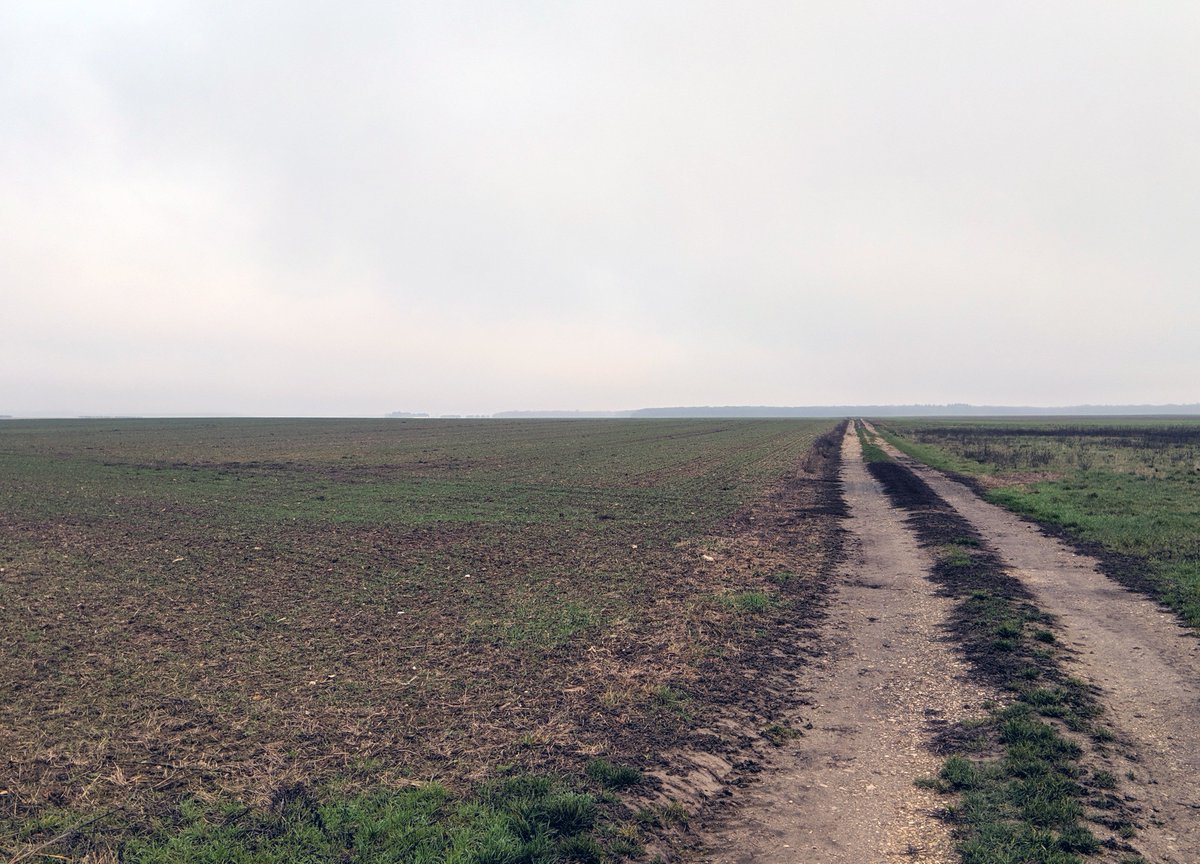 Wait, no. It begins during the fall of the Roman empire. But let's make a first stop in 1859.

In 1859, this field had a name. It translates to "Blacklands". This name is long forgotten, and you won't find it on any 20th century map.

Across the Blacklands was a rather extensive mound of earth and rocks. The owner of the Blacklands decided to get rid of the mound in order to improve the yield of his lands. He started digging.

Soon after, he began to uncover walls.

It was the ruins of a large building, 100m by 10m, divided into many rooms. 50m to the south were more buildings. He had found a vast Gallo-Roman villa.

As people systematically dismantled the ruins, they found bones in the main room of the main building. Human bones. Lots of them.

By the time they were done, they had unearthed 80 human skeletons, men and women, adults and children.

They were the inhabitants of the villa, masters and servants, who had perished together in the destruction of the complex in the 3rd or 5th century AD. Numerous animal bones were also found in the auxiliary buildings.

Among those who witnessed this was S. N., a friend of the land owner. A cultivator, he was an intelligent man who, despite not having had any secondary education, happened to be fond of ancient history. It is thanks to his involvement that we have a written trace of what happened

In 1859, archeology was in its infancy, and the preservation of ancient sites was not a concern, especially in the remote countryside. But S. N. understood that the discovery was significant, and he kept notes of everything that had been found.

In 1862, a local historical society was founded in the nearest town, 15km away. S. N. was not sufficiently well-connected to join it at first, but he eventually did in 1868, and he published a short article relating the discovery in the quarterly journal of the society.

His article is surprisingly well-written, rigorous, and scientific, albeit it is missing many important details.

Only a handful of people would have read about it back then. The discovery gained a little more coverage when it was mentioned a century later, in 1969, in a book about local history that may have had readership numbering in the hundreds.

The mention is little more than a quote of S. N.'s article, which is the sole primary source of information we have. By then, the “Blacklands” had already faded from memory. The villa had become a story, a rumor. The field laid in anonymity.

Back to the last days of 2018. I read the book. I found S. N.'s original article from 1868. I used the Napoleonic cadastre (1812 land registry) to determine the exact location of the Blacklands.

And I came here, to this empty field in the middle of nowhere. 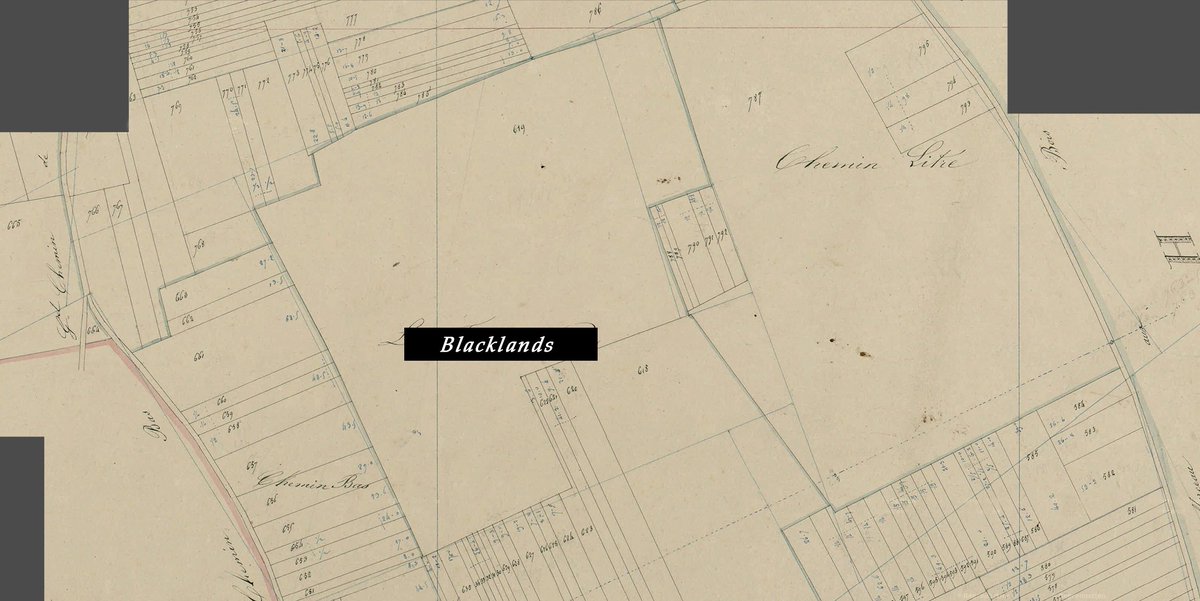 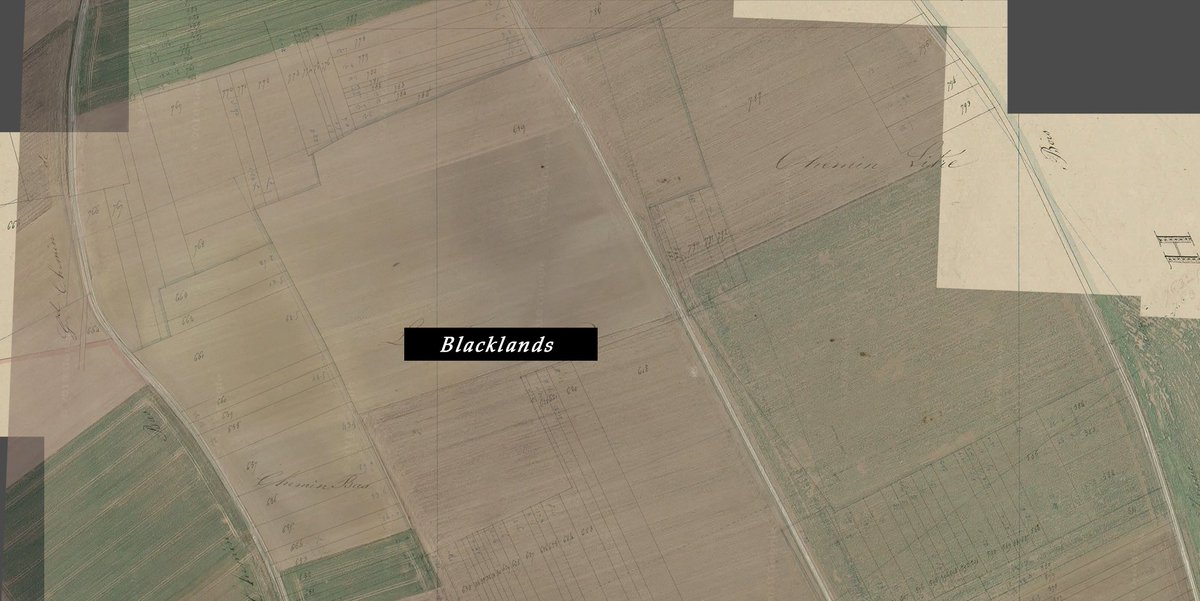 Every place has a memory. Some places *are* a memory, a record, layer after layer of history. The villa that once stood on this ground has eventually *become* the ground.

Two of the most common "rocks" in this field are red tile fragments and chunks of roman cement. 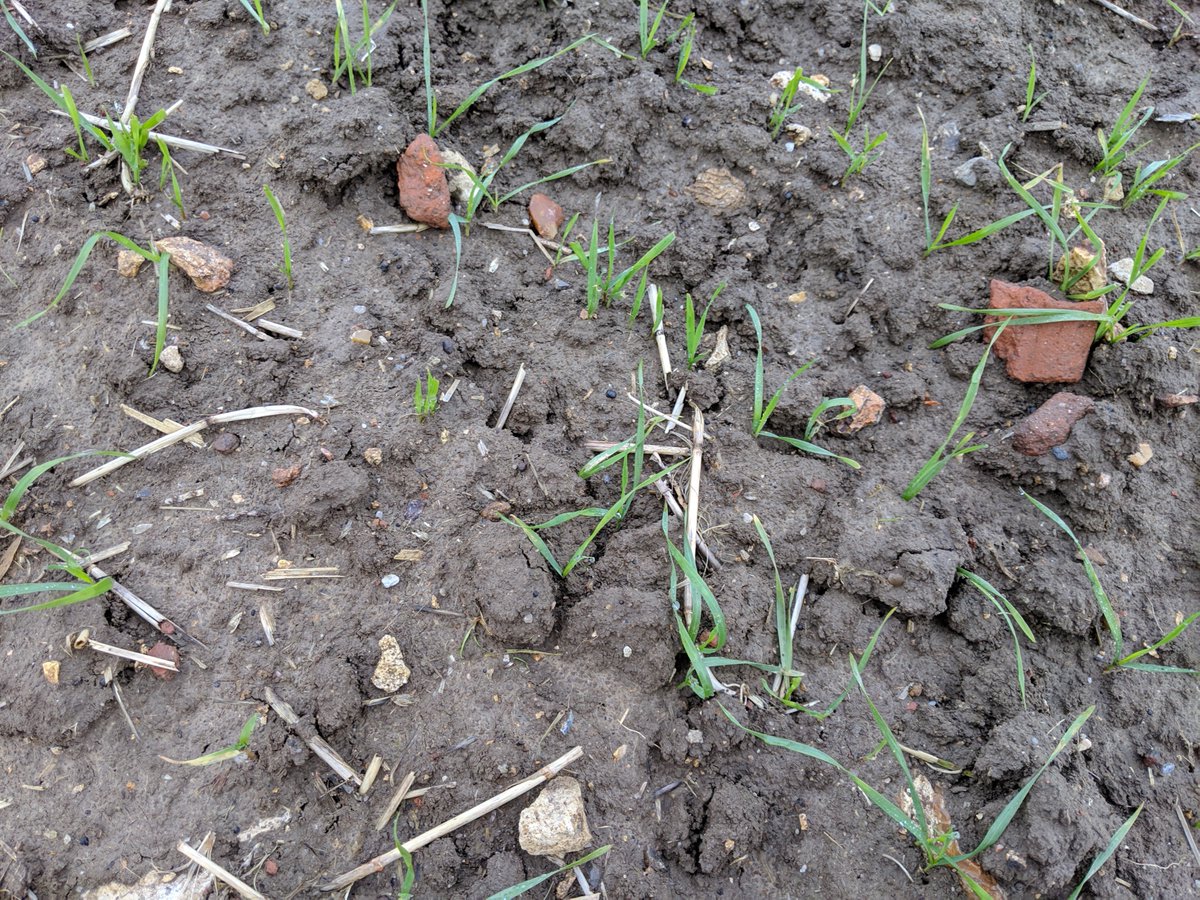 Here are a few examples of roof tiles, bricks, and a chunk of cement. The cement embeds small fossils that come from the sand used to make it. 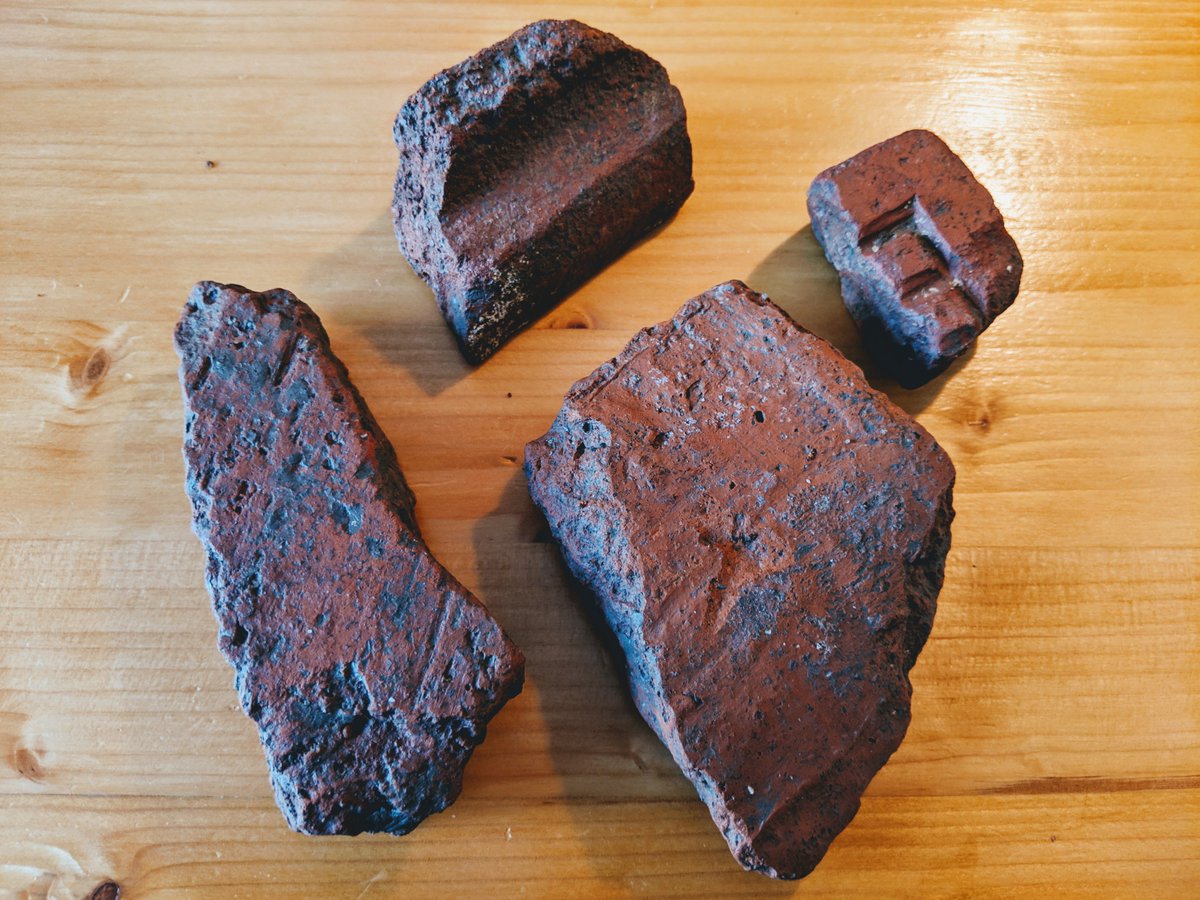 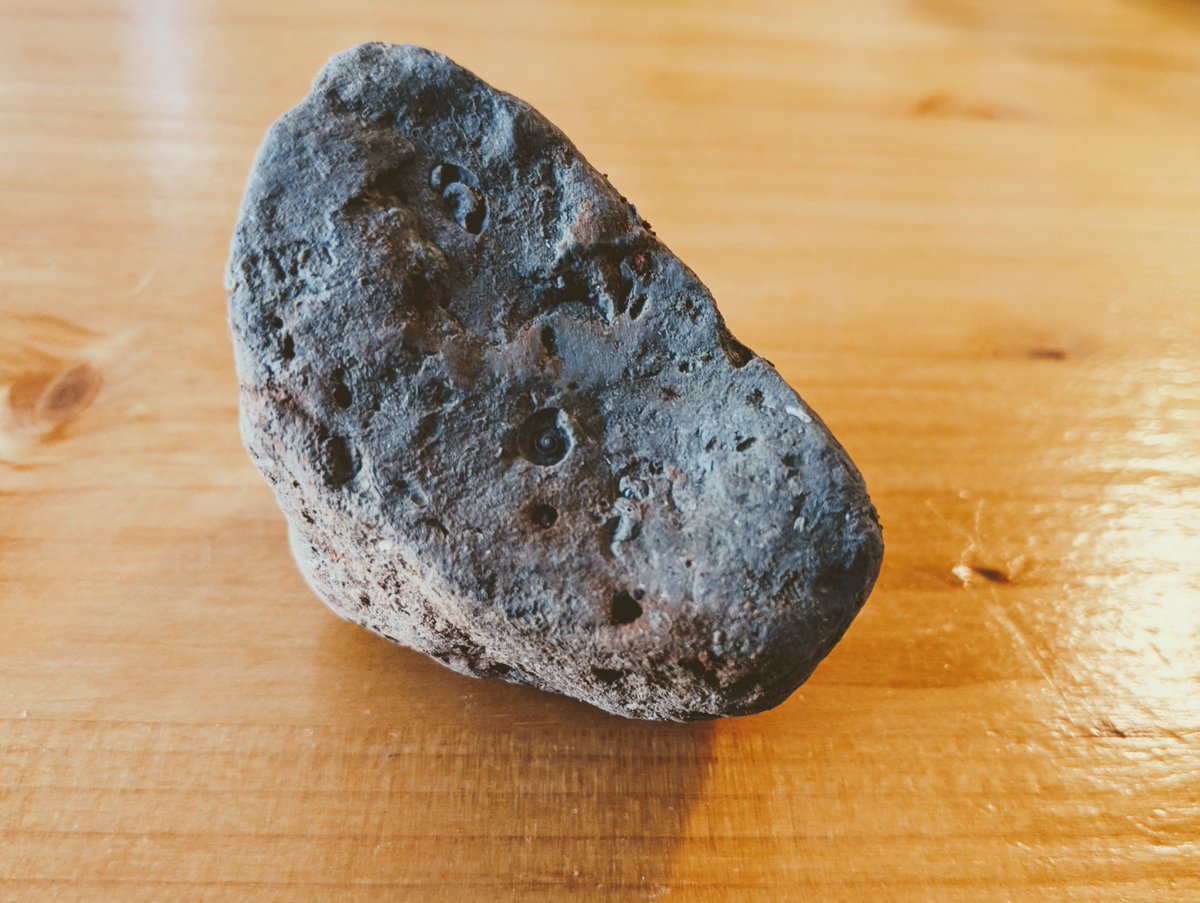 In less than 40 minutes on location I was able to gather a kilo or so of Gallo-Roman pottery fragments, from a range of styles. I literally just had to pick them up. The ground is made of them. I also found what appears to be a bone fragment, and part of a large animal tooth. 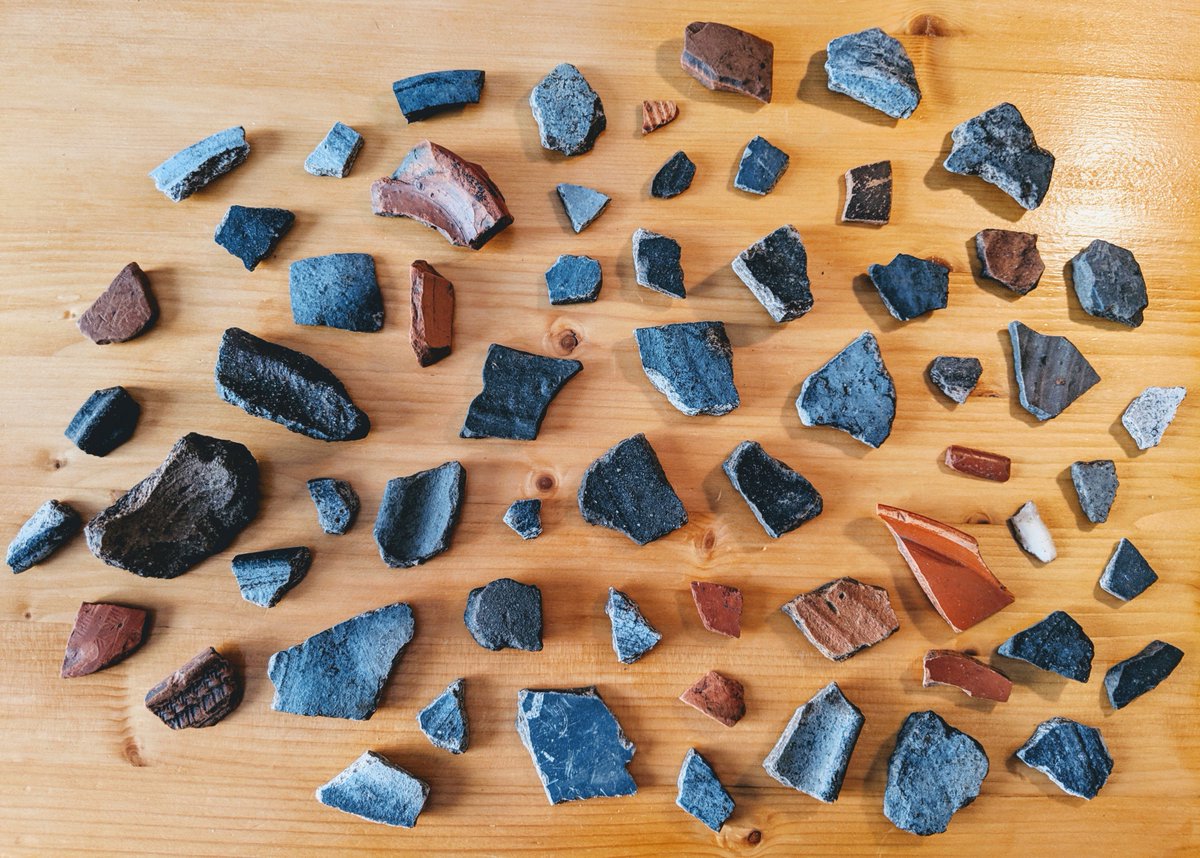 Most of the pottery is fairly crude. But some of it features brown paint or a faded dark red coating. Some fragments bear imprinted decorative patterns (sigillata). Those were likely tableware.

None of it is of any particular archeological value. 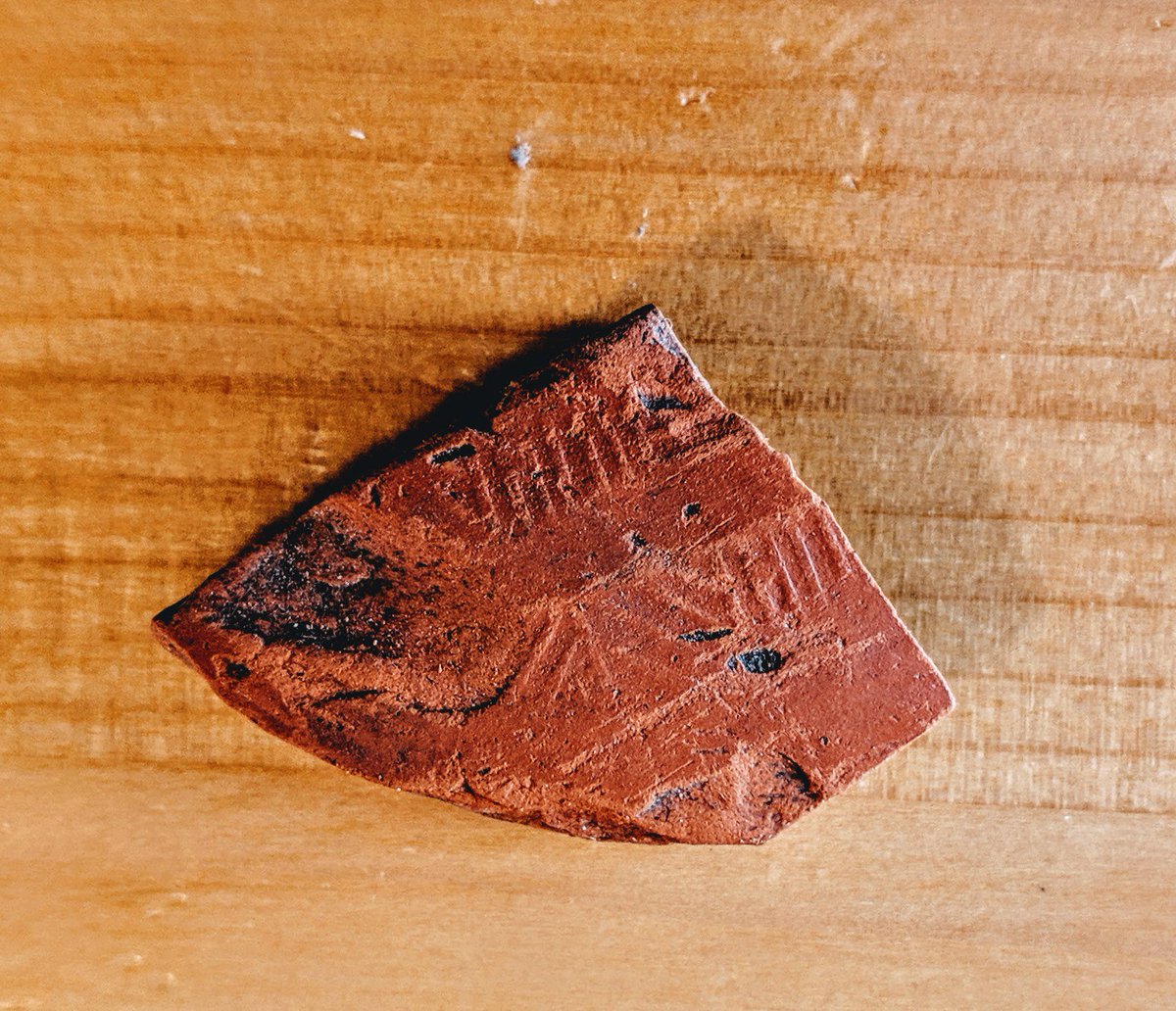 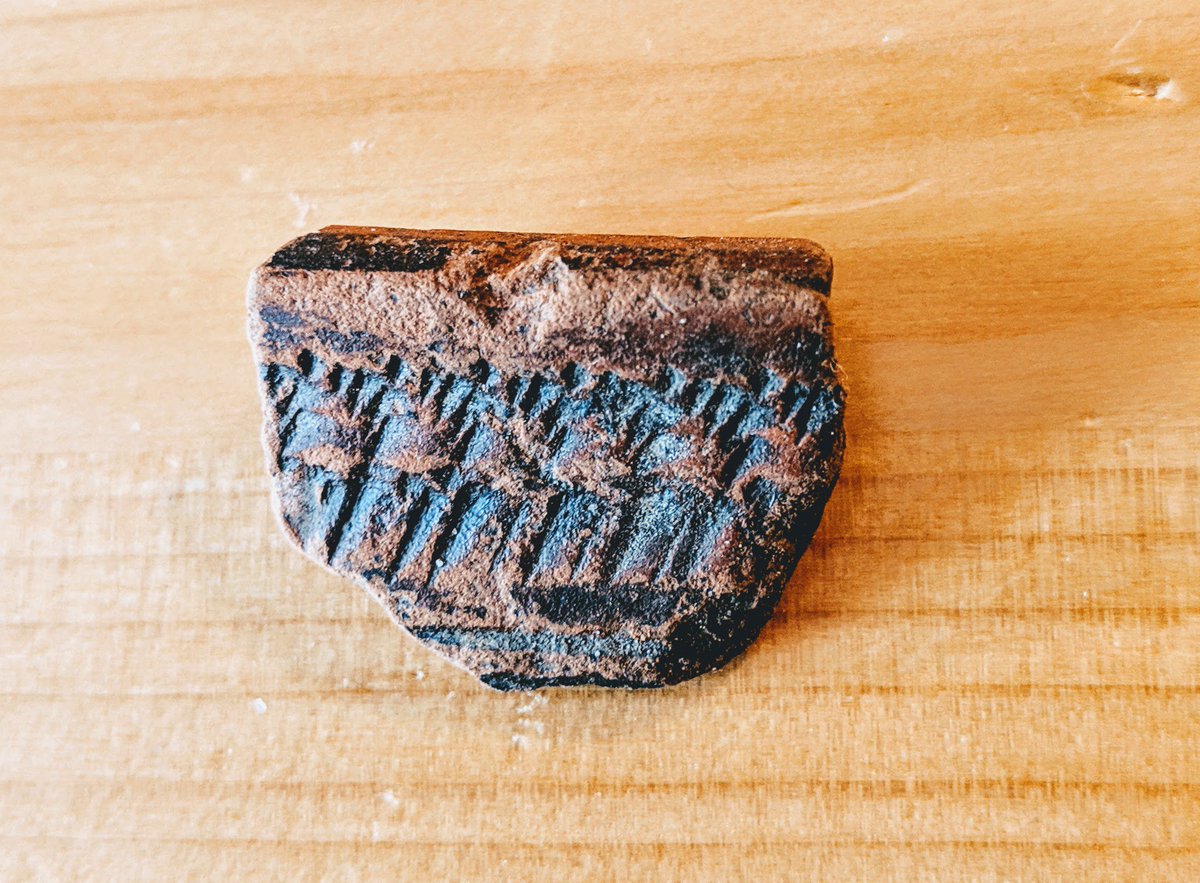 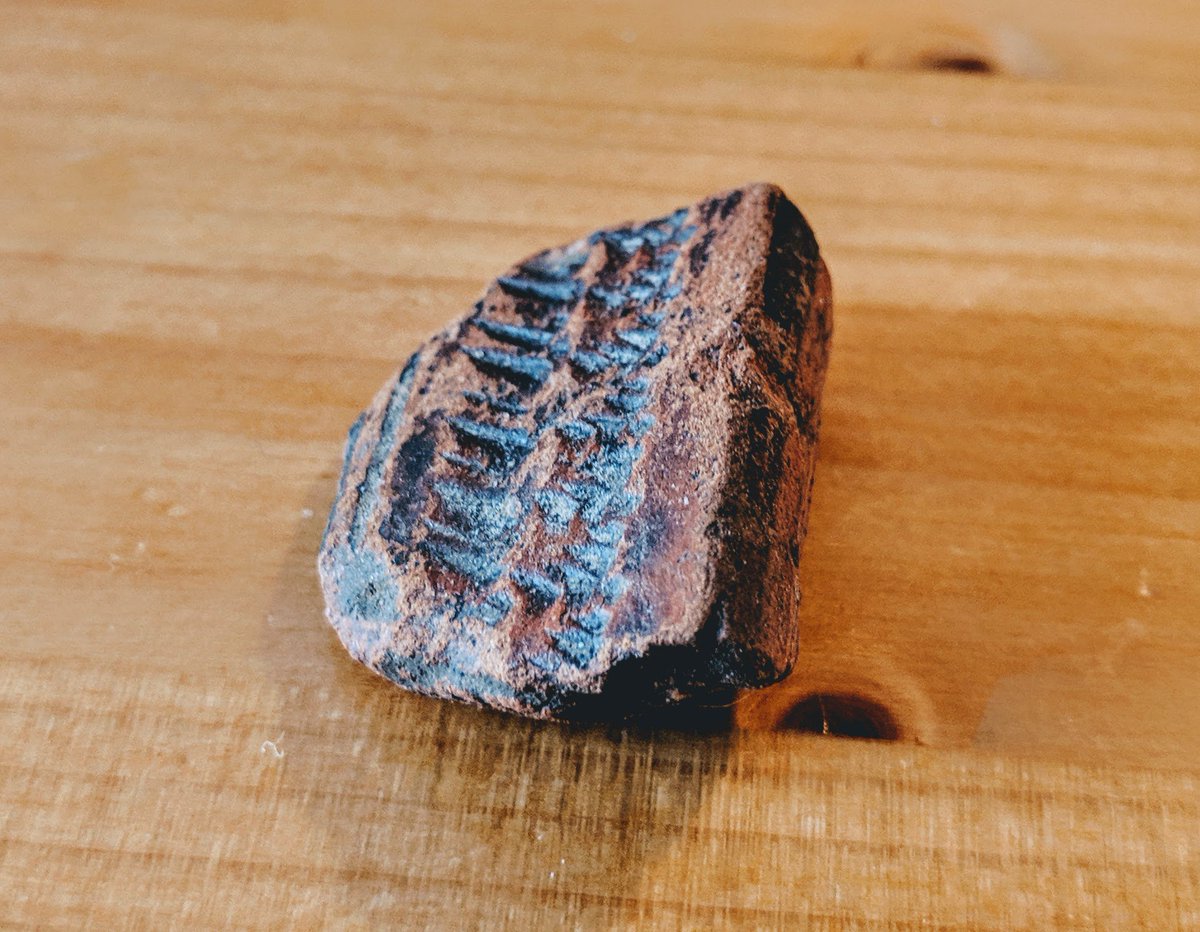 What happened here exactly? How did these people die? Who killed them? When did it happen?

Some of the bricks and pot fragments bear the marks of an intense fire. Most likely, the 80 men and women were barricaded in the main building, which was set ablaze by barbarian raiders. 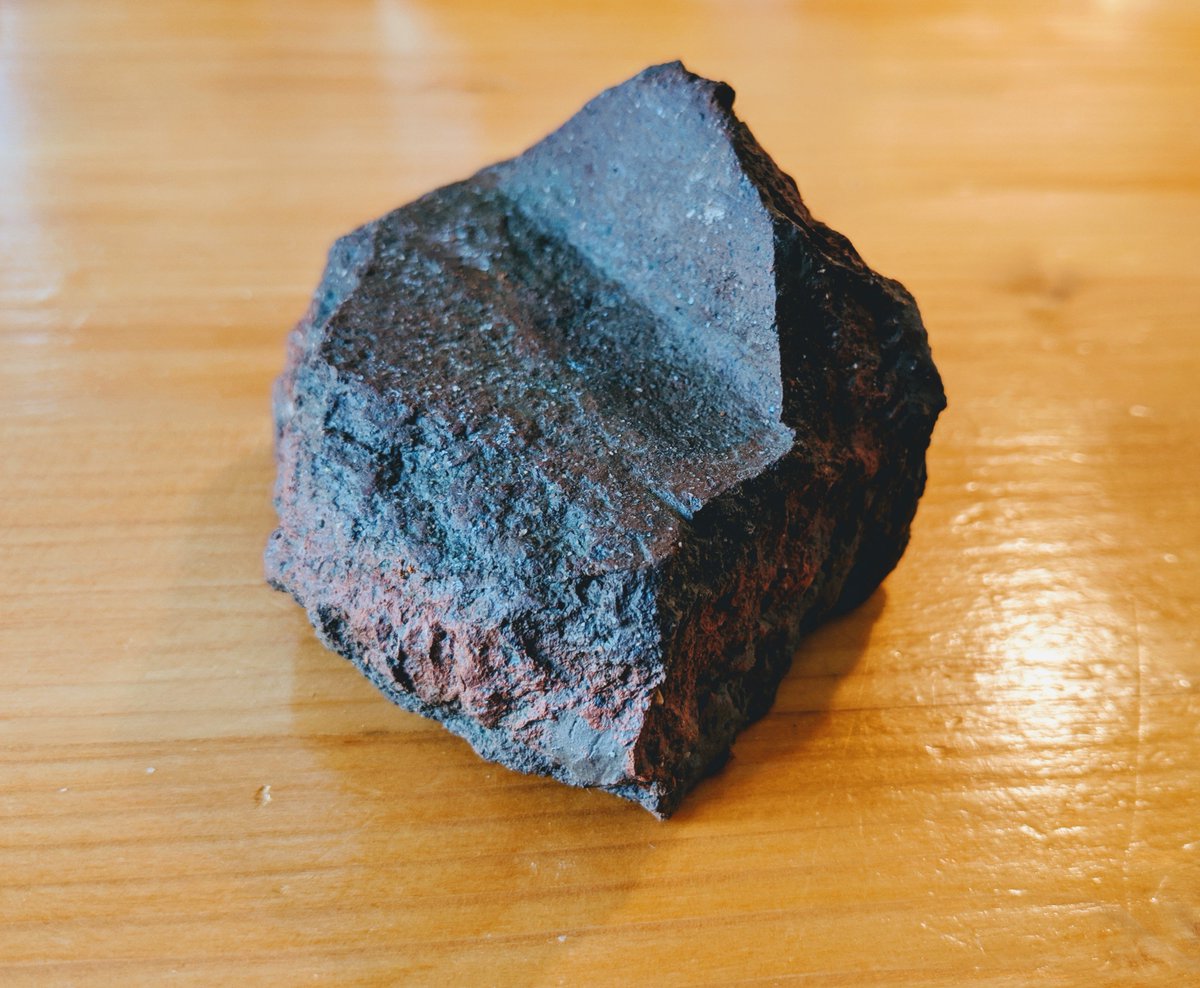 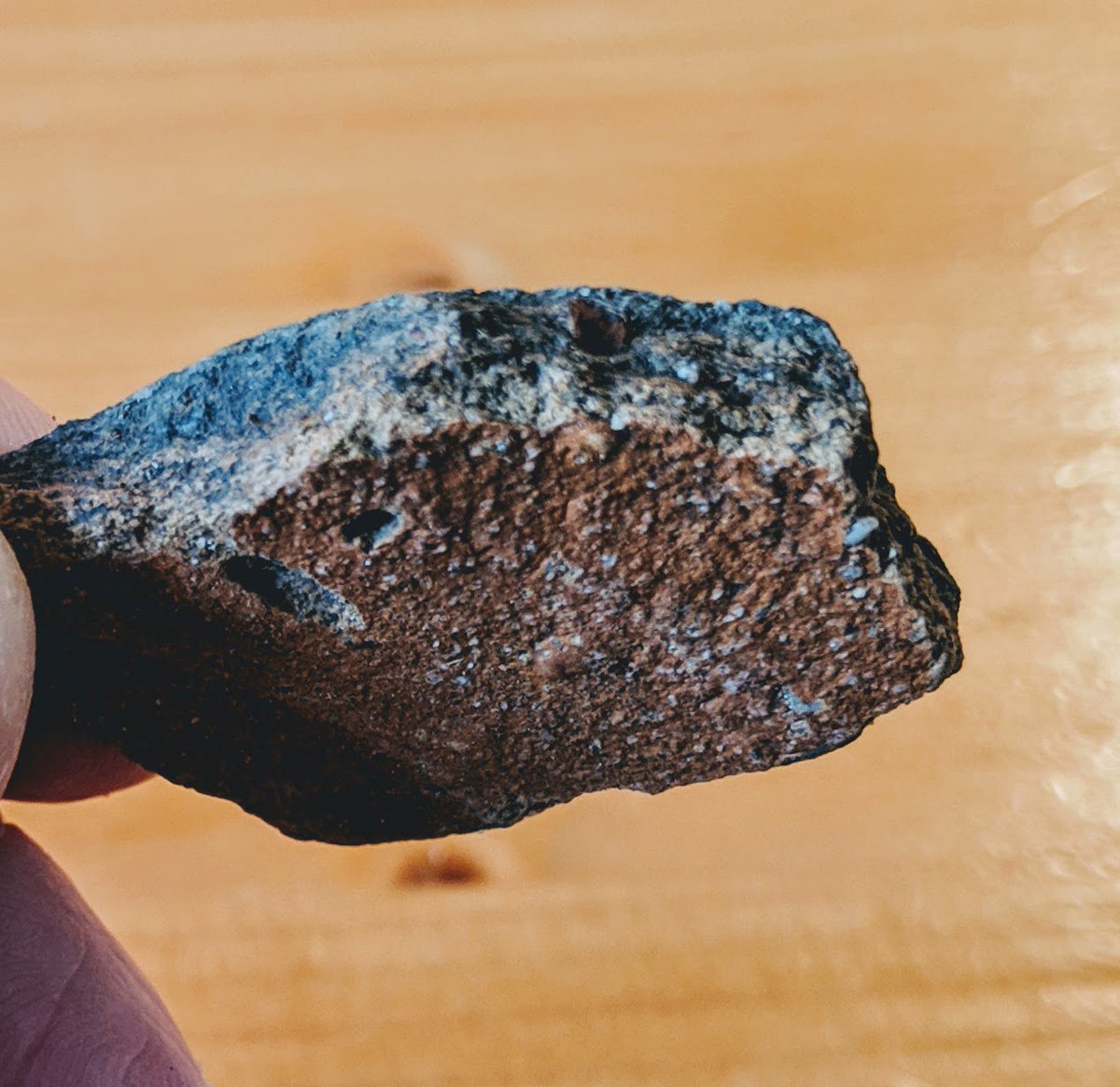 Unable to get out, they died there, and their bodies were buried as the building collapsed.

If I could see some of the bronze coins that were retrieved, I could try to date these events more precisely. As it is, nothing is known of the whereabouts of the coins, pottery, and 80 human skeletons that were dug out in 1859.

Many questions still to be answered.