Who are “nullification libertarians”?

(To avoid sending people to their website, I'll use screenshots)

1/ The site is professionally written—and uses the exact same rationale and arguments that underlaid the Confederacy.

I felt a shock: The site made clear the overlap between Trump, libertarians, and Confederates.

Remember the South insisted it wasn't fighting for slavery.

2/ The South insisted it was fighting because the federal government was overreaching.

The Nullification Libertarians👇 want to revive the 1798 principles that allow states to nullify laws that overreach federal powers. 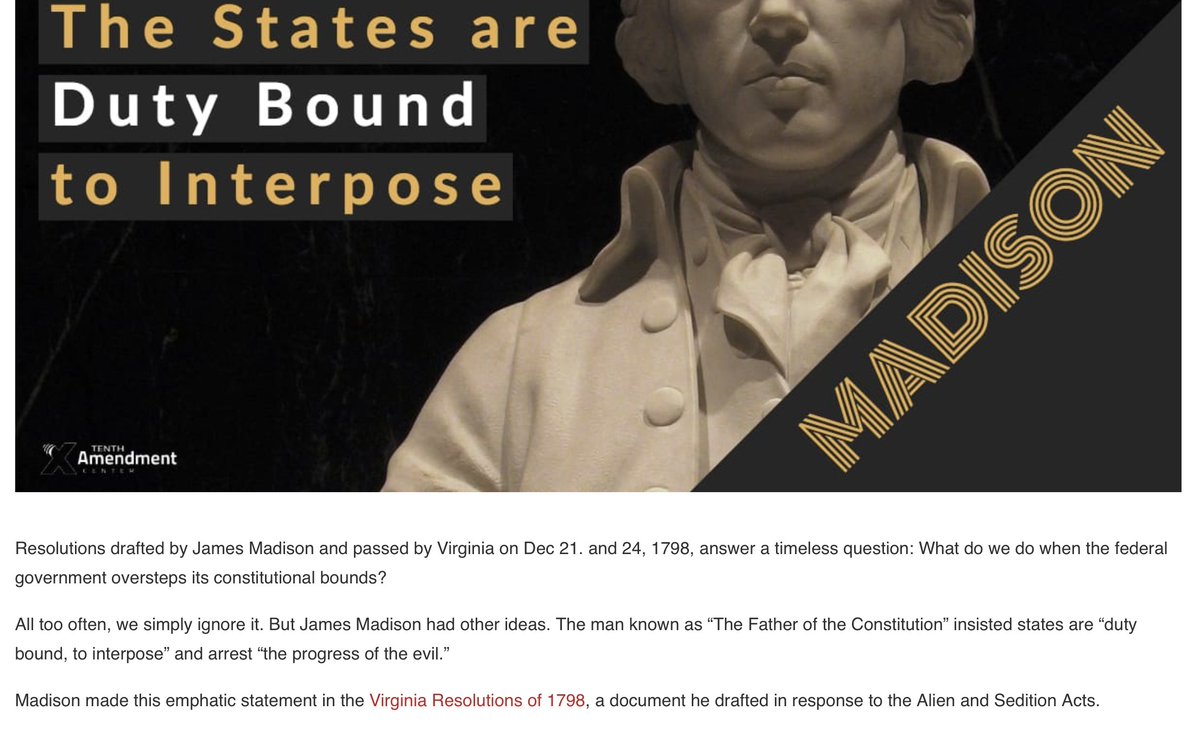 3/ In 1802, the Supreme Court (Marbury v. Madison) affirmed what the Constitution implies: The constitutionality of laws is decided by the SCOTUS
https://www.oyez.org/cases/1789-1850/5us137 …

Our entire legal system and government is based on Marbury v. Madison. SCOTUS decides what's constitutional.

4/ Marbury was decided in 1802. Jefferson—libertarian hero—lived until 1826 and accepted Supreme Court decisions, even those he didn’t like.

But the Nullification Libertarians reject Marbury v. Madison and insist SCOTUS doesn’t have the power to determine constitutionality. 👇

Something Jefferson said. (Jefferson’s statements are not law.)

Based on this, they say all SCOTUS decisions determining constitutionality are federal "overreach" and hence illegitimate.

6/ Here’s where Trump-style lawbreaking comes in.

The site states—as if it's fact—that the New Deal is unconstitutional.

(SCOTUS said it IS Constitutional.)
The website urges everyone to “Reject. . . all unconstitutional ACTS! “👇

This explains GOP tolerance of lawbreaking. 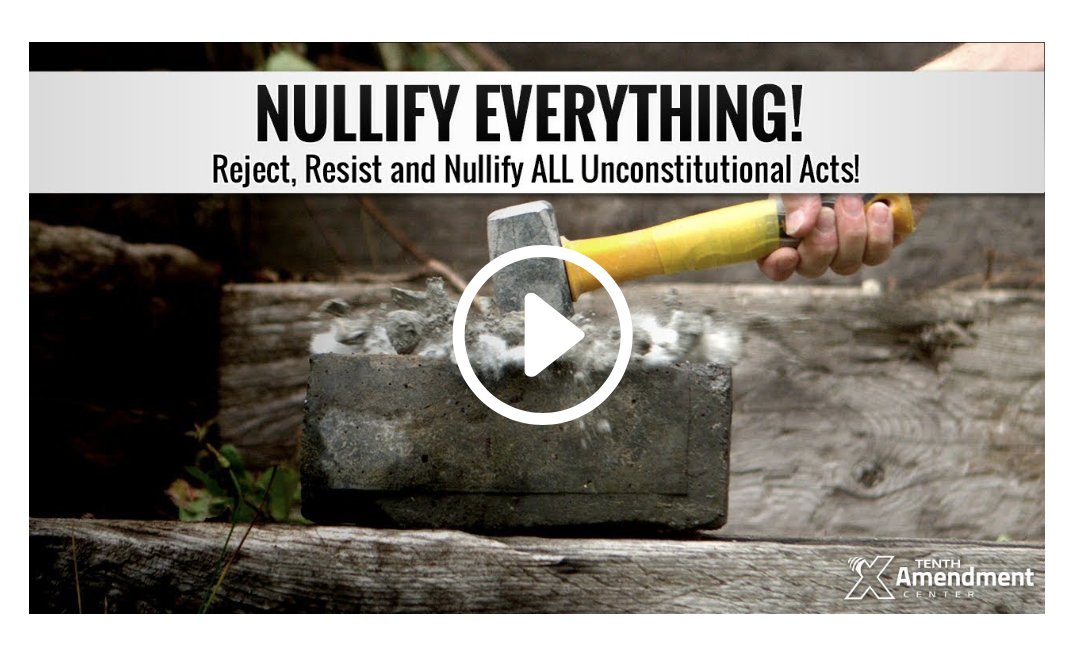 7/ Included in the New Deal are banking regulations, laws against insider trading, etc. You know. The stuff Trump hates.

Trump told an audience that "all" our laws are “stupid.”

I’ve argued that Trump disregards the laws he doesn’t think should exist.

In one fell swoop, 217 years of laws, institutions, and traditions would be wiped out. Poof. Gone.

Eliminating the FBI would be convenient for Trump.

A core of our legal system is stare decisis👇
https://www.law.cornell.edu/wex/stare_decisis …
Without stare decisis and precedent, there's no stability.

11/ Nullification says each state decides for itself which federal laws to obey. It was a terrible idea.

Well, anyway, that’s what the Civil War was fought over.
Newsflash: The South lost.
The issue of nullification was resolved at Appomattox in 1865.
https://www.u-s-history.com/pages/h467.html

12/ Even Andrew Jackson, hero of the far right wing, was opposed to nullification.

Jackson wanted there to be a United States. He knew that nullification meant no Union.

The authors of the NL website call themselves “purists” in their reading of the 10th Amendment. . .

13/ They say the 10th Amendment is perfectly clear:
https://www.law.cornell.edu/constitution/tenth_amendment …
Any power not specifically given to the federal government is reserved for the states.

There is nothing in the Constitution about the FBI, EPA, FCC, etc.
So—they insist—all agencies are illegitimate.

14/ Here’s what they overlook: The Constitution grants the federal government power to create laws that provide for “the common welfare.”

We have federal agencies and lots of laws because the Supreme Court said they promote the common welfare.
https://www.law.cornell.edu/constitution-conan/article-1/section-8/clause-1 …

15/ Moreover, the Constitution requires that states provide equal protection and due process.

The states don’t get to interpret that! We tried that and ended up with Jim Crow.

I got this far in my analysis when I realized this not only mirrors the ideas of the confederacy . . .

16/ . . . it’s also identical to the Deep State theory, which basically says that the federal government—the DOJ, the intel community, the FISA courts, etc.— are a cabal of corrupt power-grabbers.

17/ Imagine waving a wand and saying, “The entire federal government put in place since 1802 is illegitimate!”

It would be chaos. Entire industries would be thrown into bedlam.

18/ They say they're not racists. But they want to revive a states’ rights concept from 1798. That culture was pretty terrible for lots of people.

I've argued that the Trump GOP wants to return to 1920👇
I had the year wrong.

(some of you told me)

Q: How do you destroy the entire federal government and move us back a few hundreds years (to when America was “great”)?

A: Start by shutting down the government on the demand that Congress build a huge wall that adds no value and may bankrupt the federal government.

Interrupting this thread to bring you a perfect quotation. h/t @T_Rogers

George Washington warned people to beware those who “wickedly attempt to open the flood Gates of Civil discord.”
https://founders.archives.gov/documents/Washington/99-01-02-10840 …

Not all the founders embraced Jefferson's love of revolutions.

20/ No surprise, like other "purists" the nullification libertarians reject the concept of compromise.

They say there's "too much" bipartisanship in Washington.

You cannot have democracy without compromise. “Our way or we shut down the government” is autocracy. 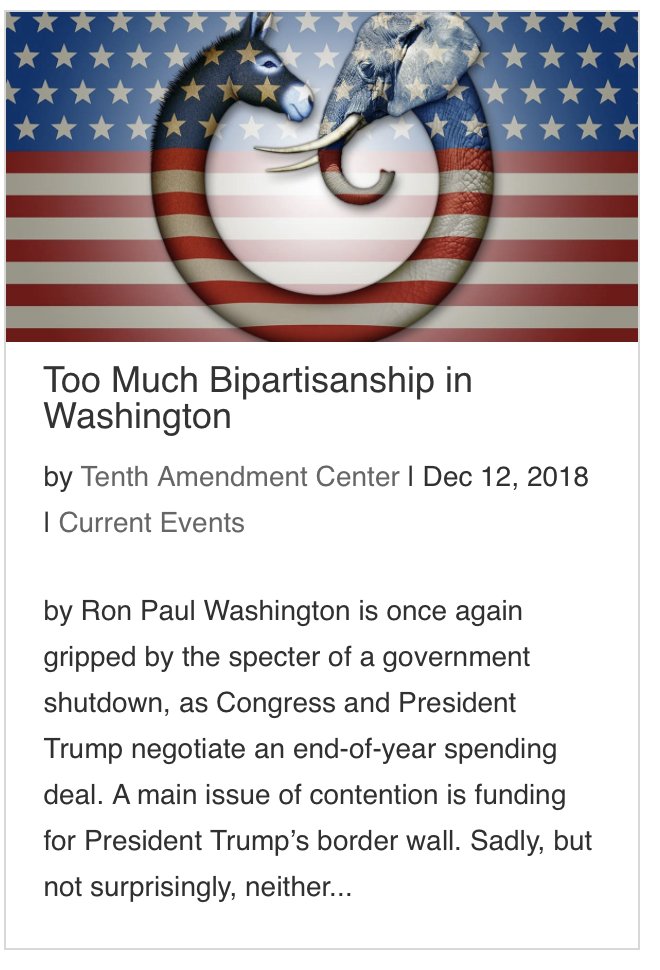 21/ MacLean enraged libertarians by arguing that libertarianism is based in racism and white supremacy.

Libertarians insist they're concerned only with federal overreach.

So it’s coincidence that their rationale mirrors the Confederacy [Sarcasm]

All of my threads are now (beautiful!) blog posts.

You can view this one here:  https://terikanefield-blog.com/trump-libertarians-confederates/ …
Stop by and poke around. I have all my old threads categorized.