Hi, George. Thanks for commenting. And welcome to my twitter feed.

All the facts I listed came directly from documents Mueller filed with the court. Most are from a doc you signed under penalty of perjury!

Let’s march through the facts, as given in the docs, shall we?

Which you signed under penalty of perjury.

2/ Here’s the part where you admit that you learned that the Russians had dirt on Hillary Clinton in the form of “thousands of emails.”

You also acknowledged that WHEN you received this information, you were an advisor to the Trump campaign.

3/ Here’s the part where you admitted you met with the professor in London, and also met a woman with connections to the “Russian Ministry of Foreign Affairs.”

She thanked you for an “extensive talk.” You Skyped and emailed with her about setting up meetings in London or Moscow. 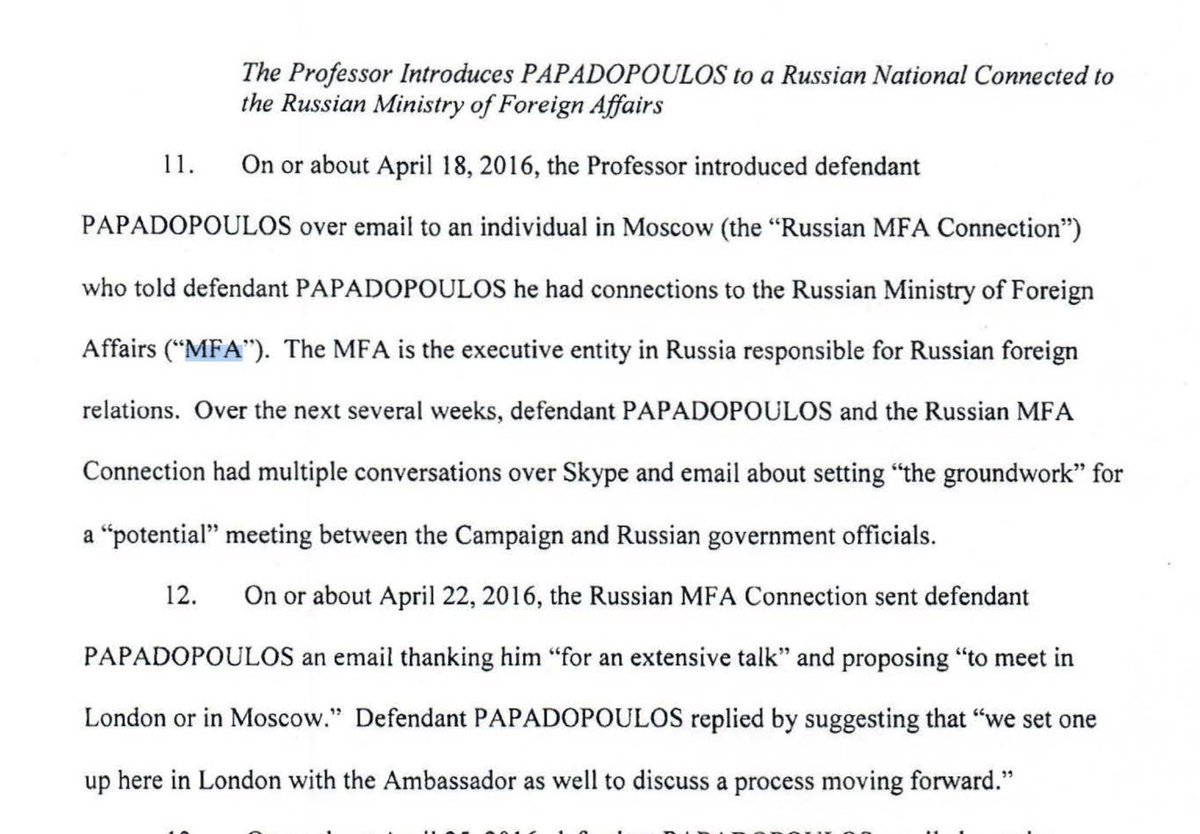 4/ On page 5 you admit to numerous contacts with the Russian woman, and that you kept the campaign informed about your contacts with “the Russians” and your “outreach to Russia.” 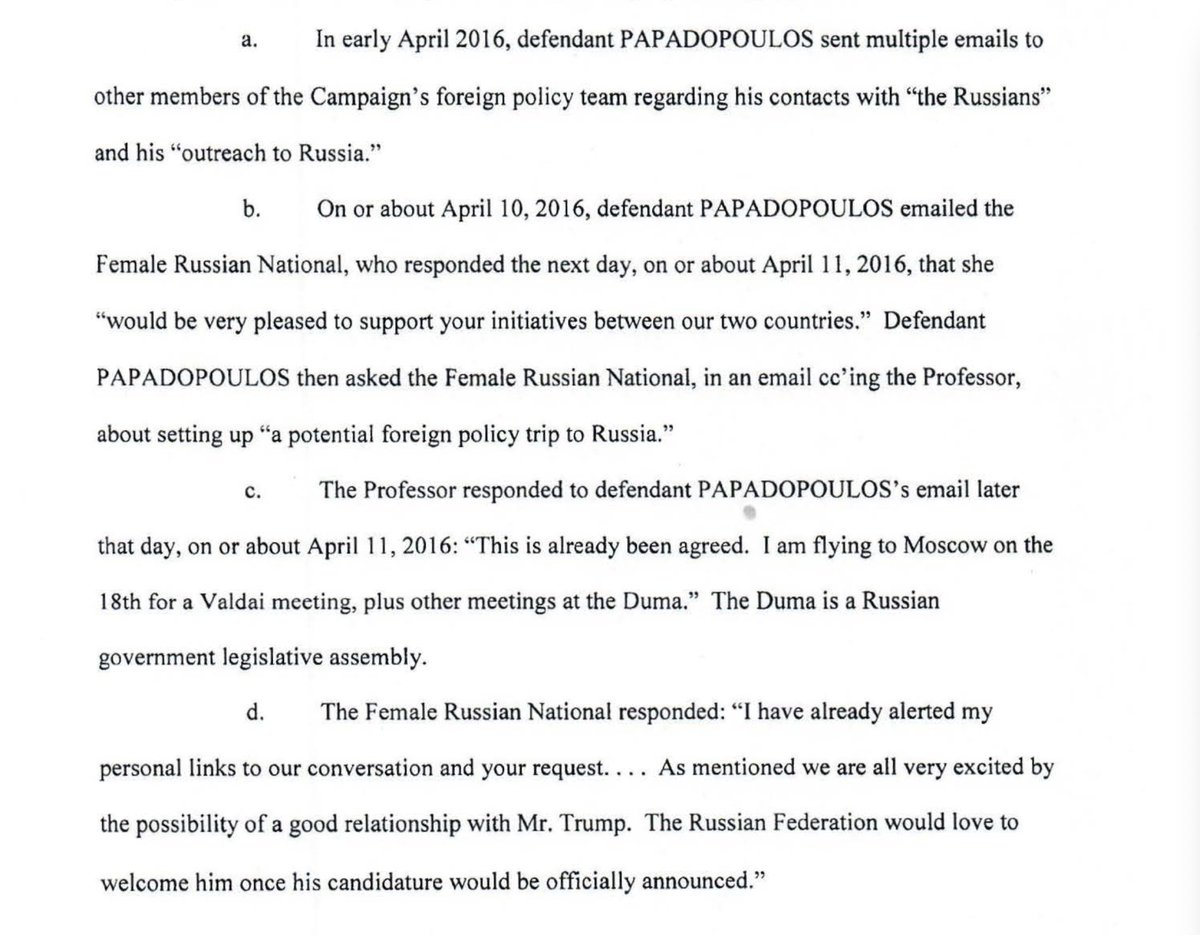 5/ Here’s your signature at the bottom of that particular document, where you sign under penalty of perjury that everything is correct, and that you were not in anyway threatened or under any influence that would impede your understanding.

But we find a few interesting tidbits. The “Russian hacking” (source of the emails) is slipped into that footnote.
Also: “tell the Trump team” ahead of time that “the Russian government had plans to release some information”

7/ George, you admitted under penalty of perjury that you had links to Russia, and that you “coordinated” with Russia, right?

This is exactly what I set out to demonstrate.

All my threads are now blog posts. You can view this one here:
https://terikanefield-blog.com/responding-to-george-papadopoulos/ …

[Tweet 6 was from the Special Counsel's sentencing memo. I added the screen shot to the blog.]