the company isn’t exactly denying this: 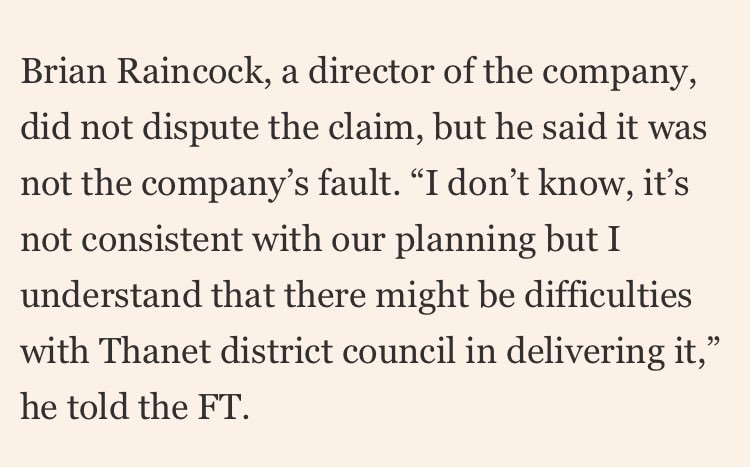 Meanwhile it seems the company might have issued “inaccurate investor briefings” last year.

Director Brian Raincock told me yesterday: “An agreement with Ostend is largely agreed and Ramsgate is nearing completion...They have been in negotiation for two years . . . Seaborne has never claimed to have signed contracts with Ramsgate or Ostend.”

Do I emailed him the investor presentation, which included these passages: 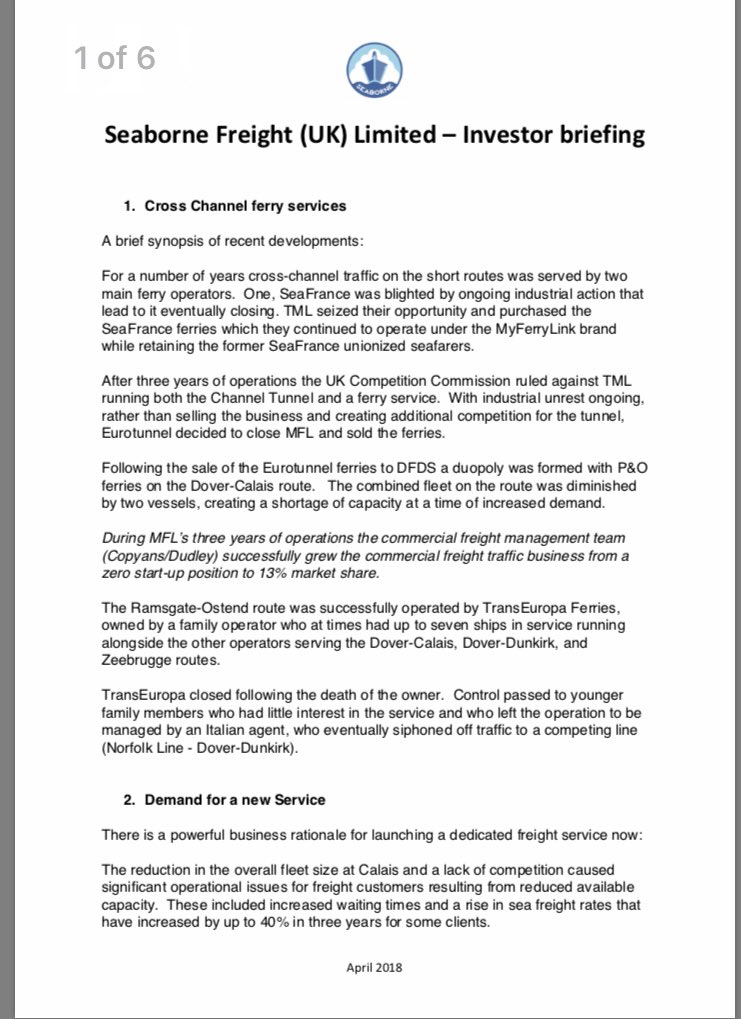 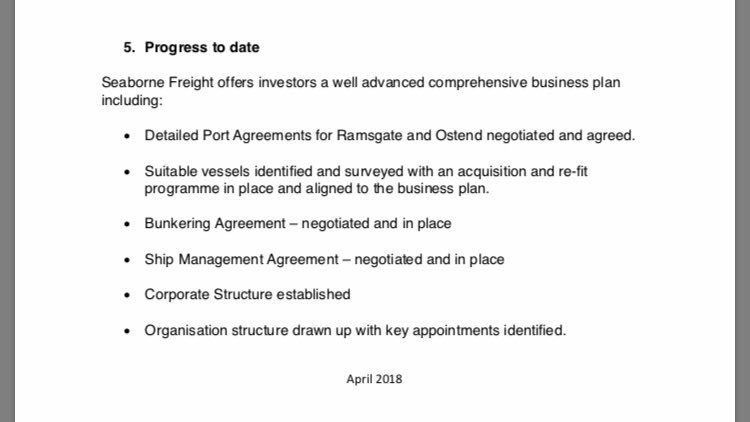 A little later a Seaborne employee emailed to say that the document was genuine. “I am confirming on the [sic] behalf of Brian that this is a Seaborne document.”

so why did Seaborne chief executive Ben Sharp tell my colleague @Petercampbell1 just before New Year that the contracts had been signed?
https://www.google.co.uk/amp/s/amp.ft.com/content/ad549baa-0d10-11e9-acdc-4d9976f1533b … 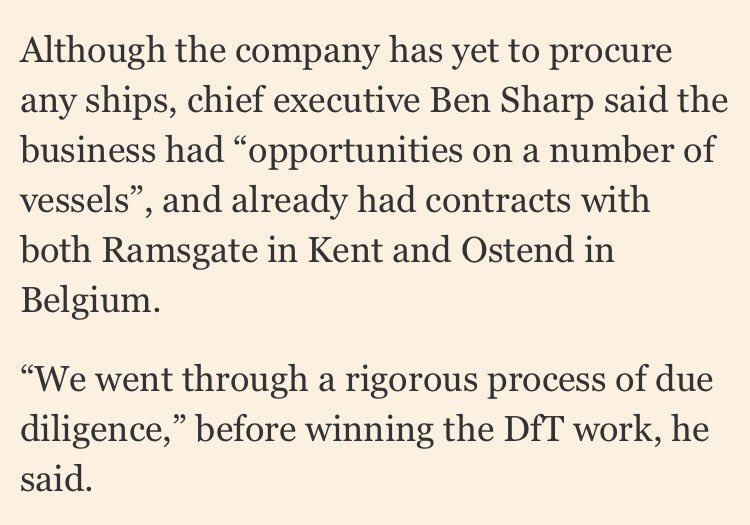