the letter was leaked to me yesterday, it says:

“I must bring to your attention the distortionary and anti-competitive effects of such an action, which would be a unilateral breach not only of the Concession Agreement with Eurotunnel but...(also)..competition and state aid law” 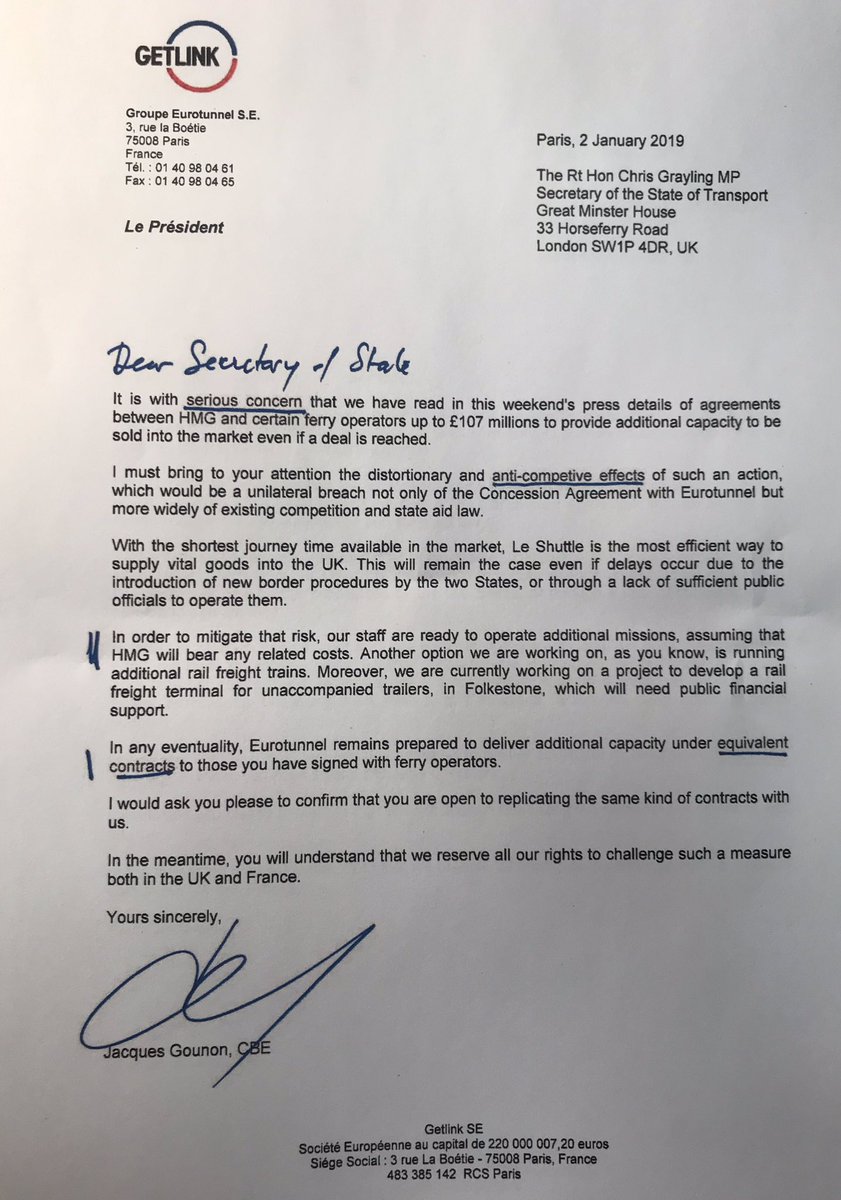 shadow transport secretary @AndyMcDonaldMP says: “This is yet another terrible indictment of Chris Grayling’s judgment which casts further doubt on the lawfulness and deliverability of his ferry contract awards. He should revoke the Seaborne contract forthwith.”

Unite says the DfT’s actions have left workers at Eurotunnel fearing for their futures. It says Grayling ignored the “one permanent link” between UK and continent: “He opted to give public funds to its competitors including a company with ghost ships and no usable harbour.” 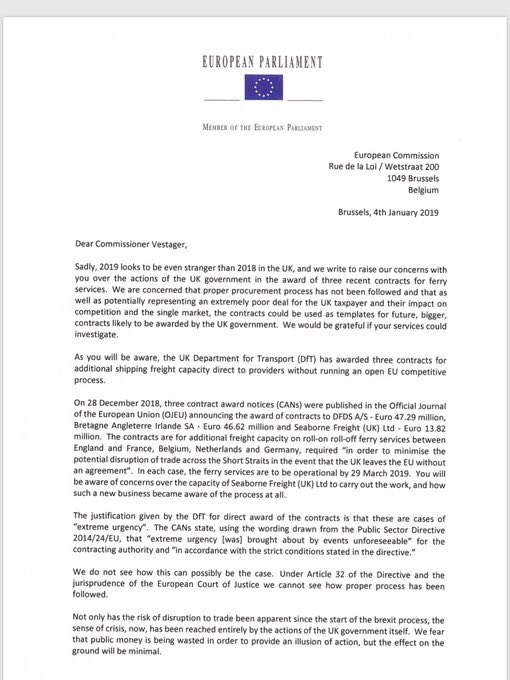 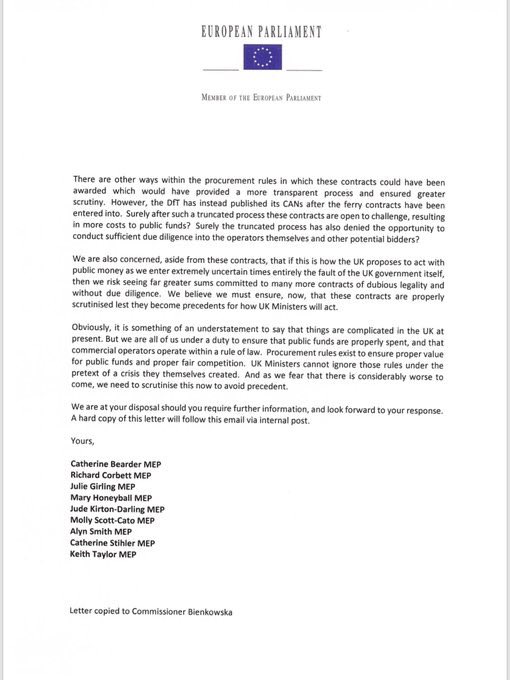 interestingly one official tells me the DFT is still holding discussions with various companies to assess other potential options such as "additional rail freight services".

you can see some of the details here from the excellent @steve_hawkes in The Sun
https://www.thesun.co.uk/news/brexit/8150537/no-deal-brexit-transport-chaos-emergency-services/ …