THE MONEY LOAD: Apprentice producer Mark Burnett reached out to UBS's main Russian banker to meet to with Trump during Transition.  https://abcnews.go.com/beta-story-container/Politics/us-banker-ties-putins-circle-sought-access-trump/story?id=60521702 …

Mark Burnett himself tried to set up the vice-chair of troubled UBS in the Administration itself.

Foresman is a subject of Congressional investigation on Russian collusion - and no doubt Mueller's. 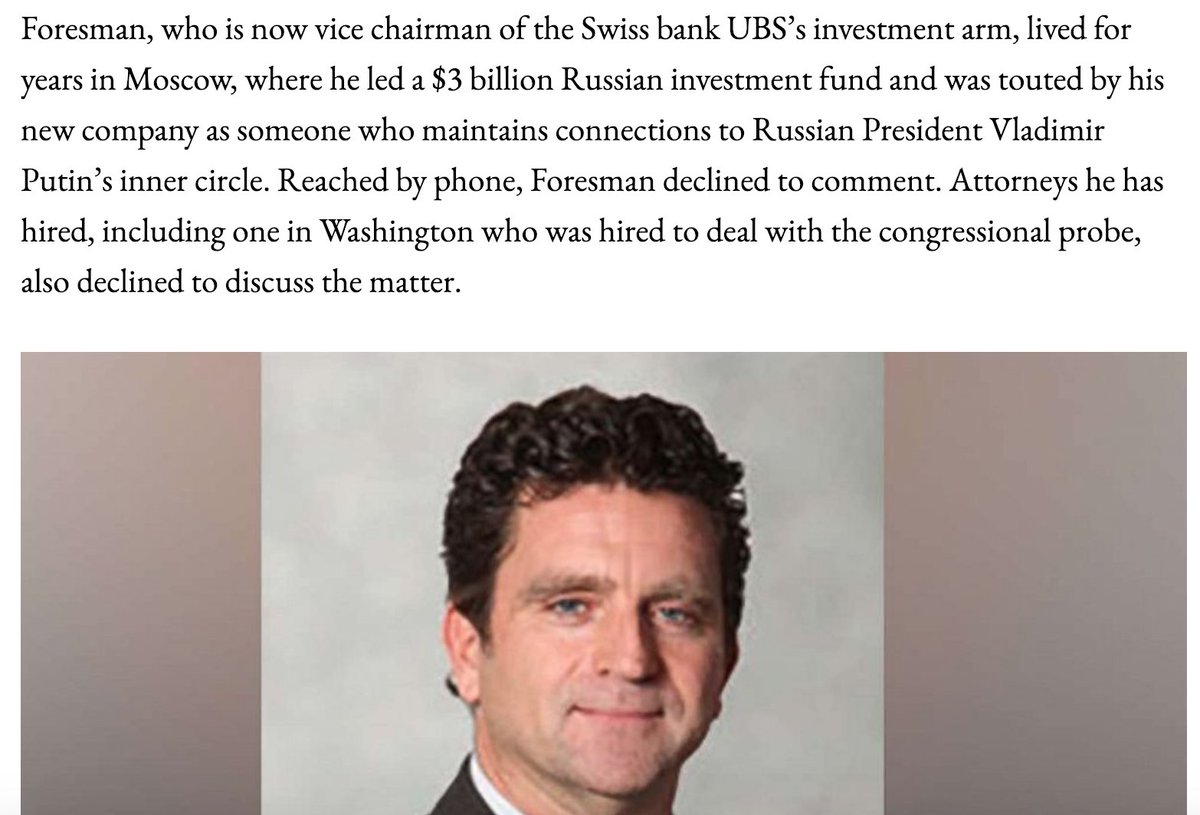 Trump's TV producer from NBC was a major player in getting Russian influence into the White House, even after the election. And look: Tom Barrack, who owns part of Trump International DC. 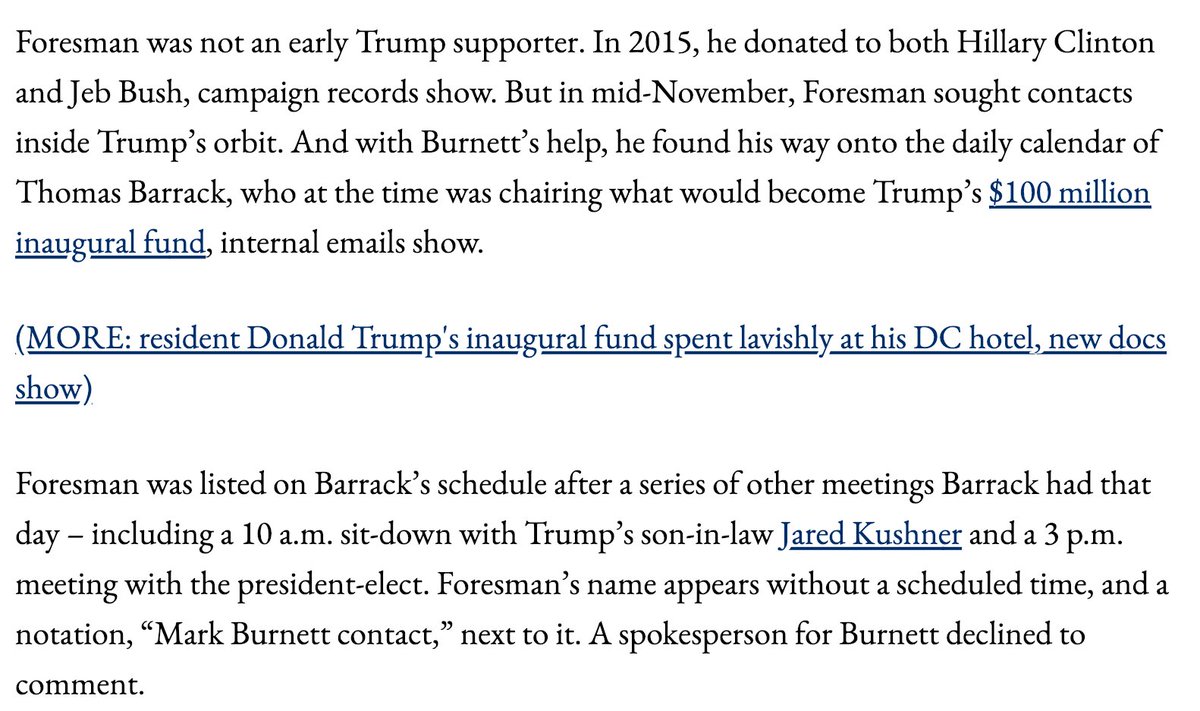 Who else did this guy meet? Moscow Mike Flynn and the head of sanctioned Russian bank VEB, who was magically in New York after the election. 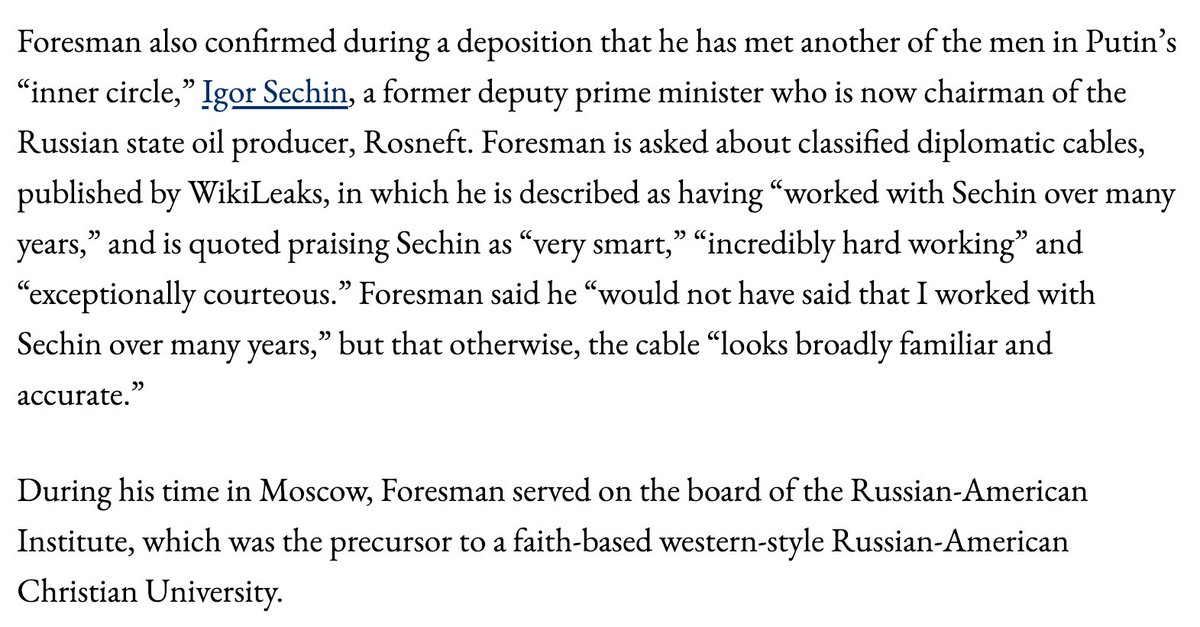 Diane Feinstein has got 'em in the crosshairs. This conspiracy is coming out into the sunlight.

Who is this guy? Well, do you have enough caviar and vodka to handle it?

Look! Barclays Bank AND Bob Mercer's Renaissance Capital! Can ya believe it?

Ohhhhhhhh. I get it.

It's all starting to make sense. Trump wasn't supposed to win. He was supposed to help the final throttling of democracy by these billionaires.

But he did win, and then they tried to cram as many of their Russia-connected stooges in at once. And threw off every form of evidence.

Let's take out the trash, peeps.