so @Laura_K_Hughes and I have been doing some digging

When Boris Johnson addressed the DUP conference last autumn he began with a tribute to a property tycoon:

“I would like to begin by thanking my friend Christopher Moran, for everything he has done for Northern Ireland, and for helping me to secure this invitation”.

Moran is worth some £404m according to the Sunday Times rich list.

In 1982 became the first person in 300 years to be expelled from Lloyd’s of London for “discreditable conduct”.

After the DUP event on November 24, Johnson did not head to Belfast airport.

Only now can we report that the former foreign secretary took a ride in Dr Moran’s private jet back to London, along with Conor Burns MP and Arlene Foster.
https://www.ft.com/content/6f9893aa-2004-11e9-b2f7-97e4dbd3580d …

Burns has declared the flight as a £1,308 donation in kind from Moran in the MPs register of interests, while Foster has apparently declared hers to the Stormont authorities. 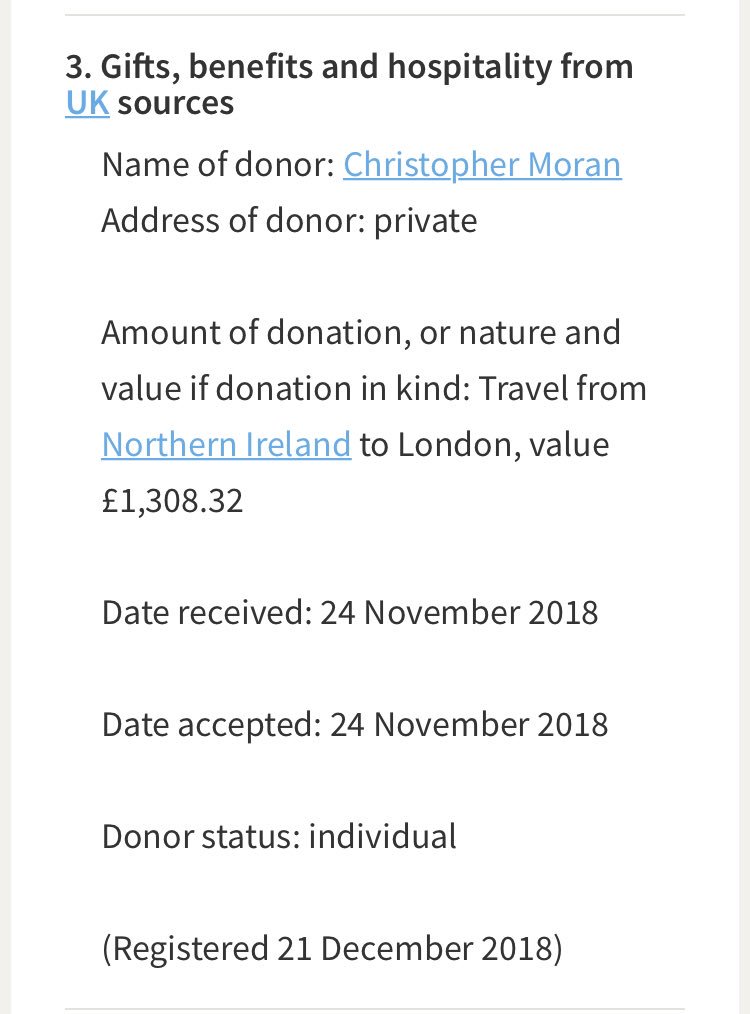 At 9:47pm, the Sunday Times’ front page dropped on Twitter.

It revealed that more than 100 prostitutes were operating out of London flats owned by Moran. There was no suggestion Dr Moran was involved in any illegal activity or that Johnson was aware of the allegations. 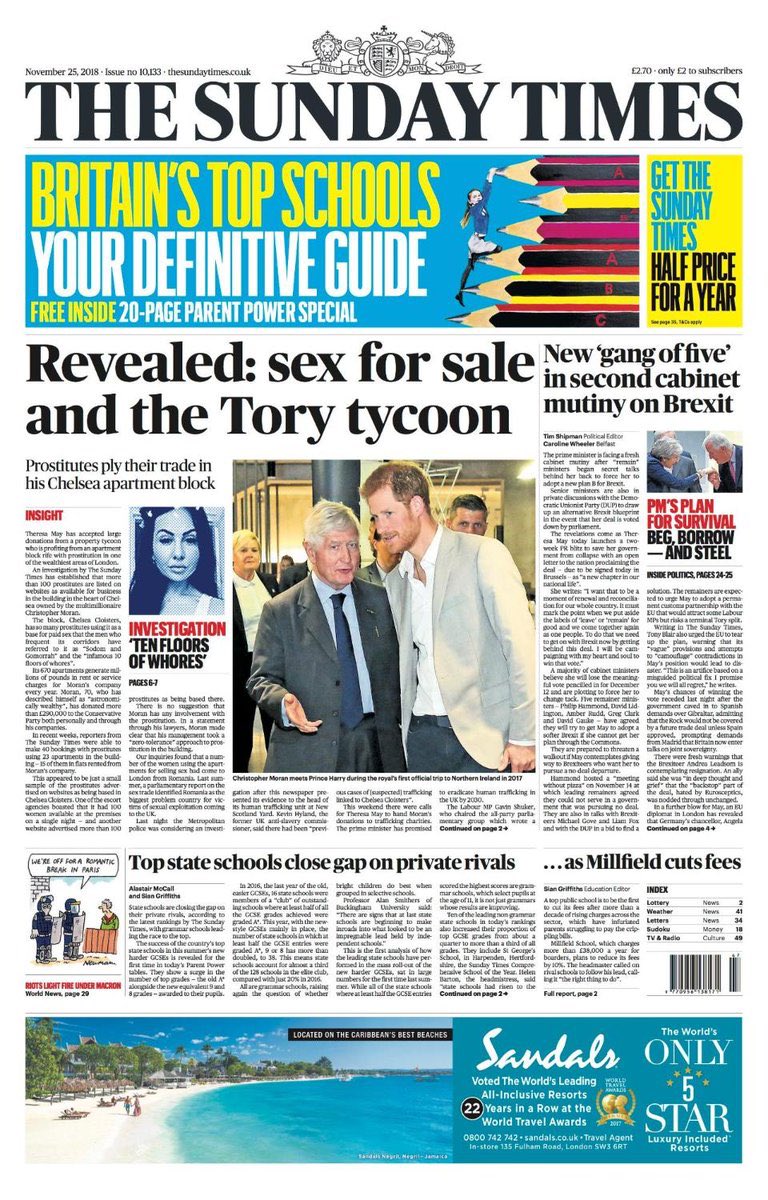 According to latest declaration by Mr Johnson in the register, he received a donation in kind worth £355.94 from the DUP that covered “hospitality and travel to Belfast for myself and a member of staff”.

But there are no details about how Mr Johnson travelled back to London.

On Wednesday, a spokesman for Boris Johnson refused to comment on how he returned from Belfast, or who paid for the journey.

But on Thursday, the FT received an email from Moran: “As I had spare seats available on my plane I offered a lift back to London after the Conference finished on the Saturday afternoon to Boris”.

Only then did the MP’s office admit that he had been on the flight.

Moran later said by email that Mr Johnson had paid for the flight himself.

That would mean he was not required to declare the trip in his register of interests.

One of Moran’s colleagues suggested Johnson would have paid around £2,600 for himself and a member of his staff to fly home on the private plane.

She was unable to say when the payment was made other than “a while ago”.

Mr Johnson’s spokesman subsequently confirmed he had paid for the flight himself.

He declined to say when this payment was made, or provide proof of the transaction.

It had taken place before the pair were contacted by the FT, he said.