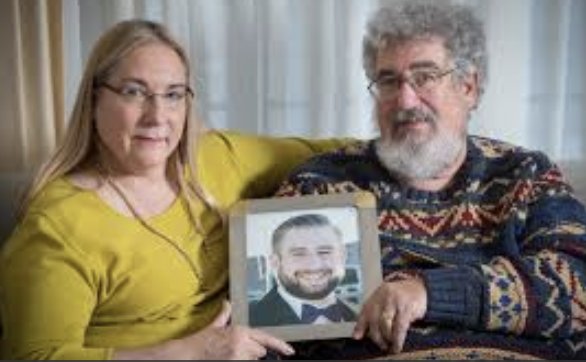 The Riches sued Fox for intentional inflection of emotional distress. This case is related to a conspiracy theory broadcast by Fox News that in 2016 Seth, a DNC staffer, had leaked DNC emails to WikiLeaks prior to being shot and killed.

In August, the federal trial court dismissed the case, and the parents are appealing that dismissal. As the Washington Post explains here, "The May 2017 story stated, falsely, that investigators had evidence showing Rich leaked thousands of DNC emails to WikiLeaks"

At oral argument today, Judge Calabresi told Rich's counsel Arun Subramanian "You have to convince us that this is outrageous to the parents. .not to the son. The defamation case died with the son." Also that the propensity for parents' vulnerability and defendants' awareness

He also asserted that this was "not just a dressed-up defamation claim."

Attorney Terry for Fox News began by stating that it was unprecedented for a family to seek recovery for the defamation suit against a deceased relative.

Judge Calabresi interrupted and said that if Seth Rich were in a coma, then couldn't a defamation suit brought by Seth proceed regardless of first amendment claims. And then also, couldn't this separate cause of action be brought by parents?

Attorney Terry says New York Court of Appeals has rejected claims for intentional infliction of emotional distress with more outrageous facts (Note that NY CT App is the highest court in the state of New York and though this case is in federal court, New York law applies)

Judge Droney asked about the contract that Zimmerman orchestrated with Wheeler, asking wasn't that directed at the parents?

Judge Calabresi suggested that what was outrageous conduct was the parents having Fox News saying that the person we thought was "our guy [Wheeler] . . came out with teh conclusion that our son was a traitor."

Calabresi added, "Why isn't THAT the question You are using us to say our child is a traitor."

Further, when counsel for Fox News argued that the case could not move forward because the parents were hurt due to defamation, a claim that is dead now, he said, "Isn't what made them destraught a question of damages?" In other words, post trial on the merits

Attorney Terry returned to the main argument he is making on behalf of Fox News "a defamation claim cannot be restyle as an intentional infliction of emotional distress case." He also said, that the conduct should not be recognized as outrageous as a matter of law

Terry said that NY courts have dismissed intentional infliction of emotional distress cases e.g where reporters told rape victims their names would not be published then publishing them. He said that wasn't treated as outrageous conduct, so this should not

Judge Calabresi said that in order to prove intent, "wrecklessness" would suffice. He also suggested that perhaps given this "odd situation" the 2nd circuit could certify to the NY Court of Appeals this question of whether these facts amounted to "outrageous conduct."