Eric Garland+ Your Authors @ericgarland Strategic analyst. Here for the Endgame and the next chapter beyond. Feb. 21, 2019 1 min read + Your Authors

BOOM! ALL THE BOOM EVERYWHERE.  https://www.miamiherald.com/news/state/florida/article226577419.html …

EPSTEIN WORKED IN CONCERT WITH OTHERS WHO WERE NOT CHARGED, PAID EMPLOYEES IN INTERNATIONAL CRIMINAL CONSPIRACY

WHY WOULD A PROSECUTOR WORKING FOR THE PUBLIC BE AFRAID OF PUTTING THIS DEAL DOWN IN WRITING, IF NOT FOR CONSPIRACY?

International conspiracy to commit serial sex crimes. The prosecutor gave Epstein and nobody else a mere 13 month sentence of easy time.

THEN TRUMP MADE HIM A CABINET SECRETARY. 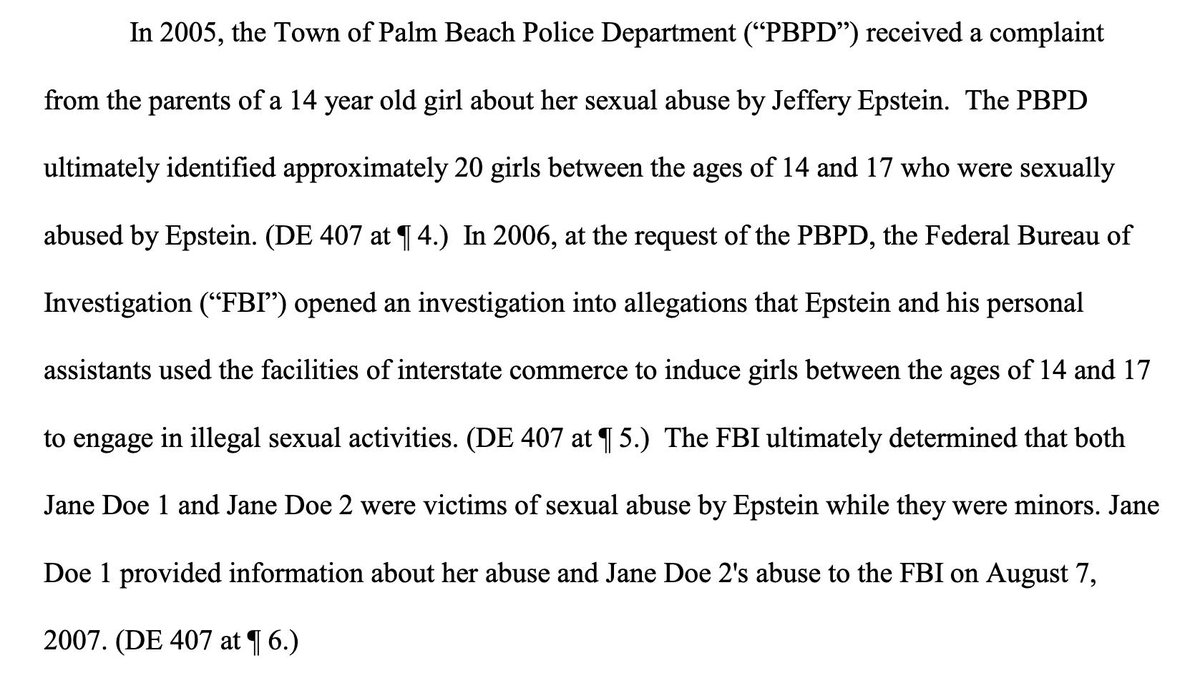 "On July 6, 2007, Epstein’s lawyers sent a 23-page letter lodging numerous arguments to persuade the Office that no federal crimes had been committed by him." Comments, @AlanDersh?

How is this not a conspiracy charge? Collusion between prosecutors and defense counsel to minimize PR damage? Where is that standard legal practice? 😠

If you're making a legit non-prosecution agreement, why meet outside of the USAO office, give a home email address, PREPARE COMMON ACTIONS "so I can be ready"??? 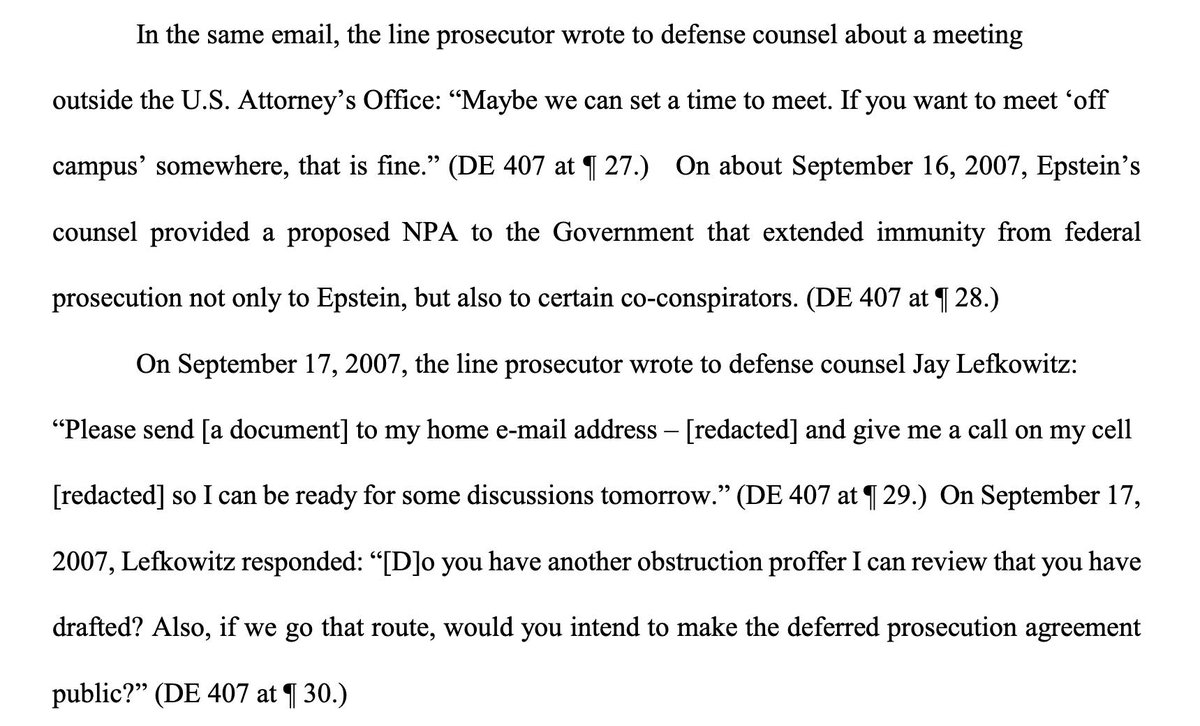 What non-prosecution agreement also indemnifies this many co-conspirators??? 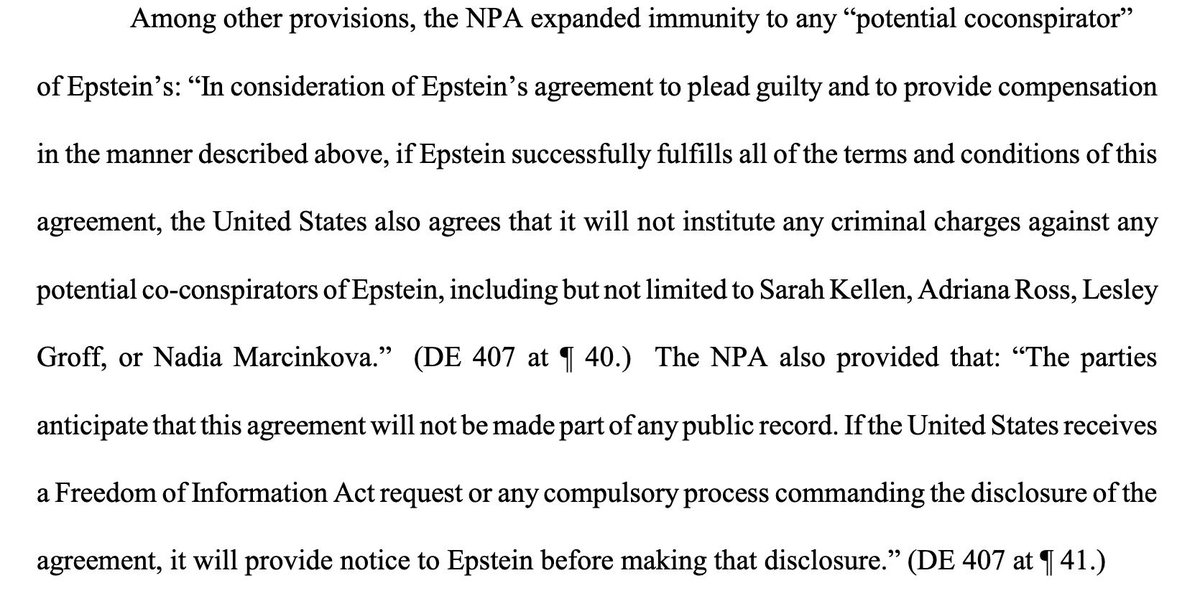 Prosecutor: "Sorry, I'm just have a bias against plaintiff's attorneys." 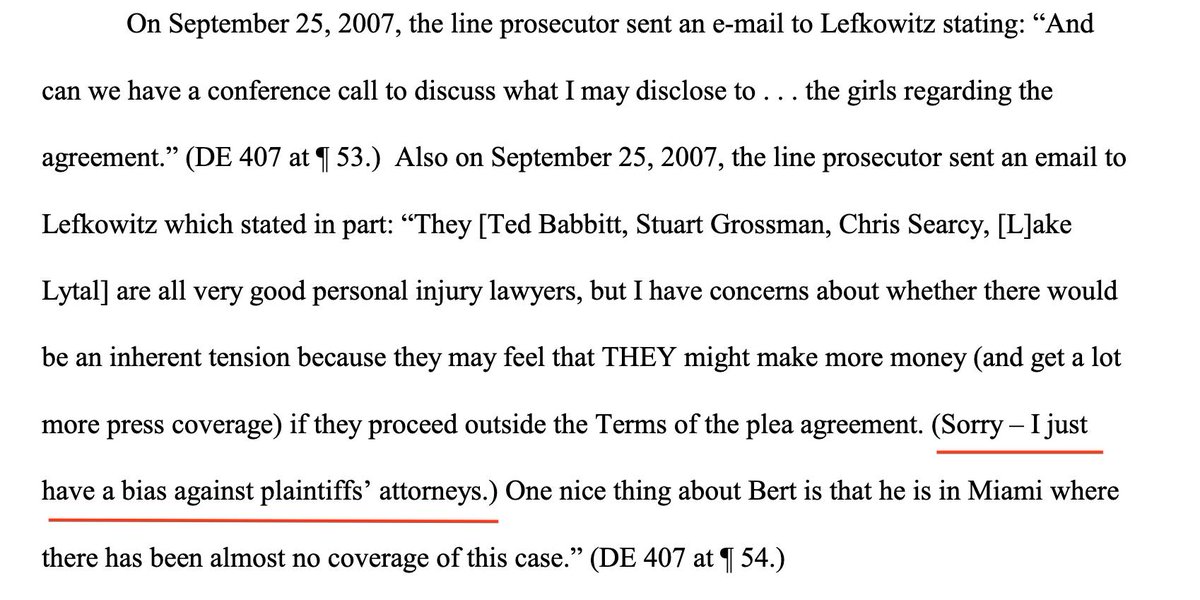 TL;DR, BLUF: This deal was illegal from the get-go. 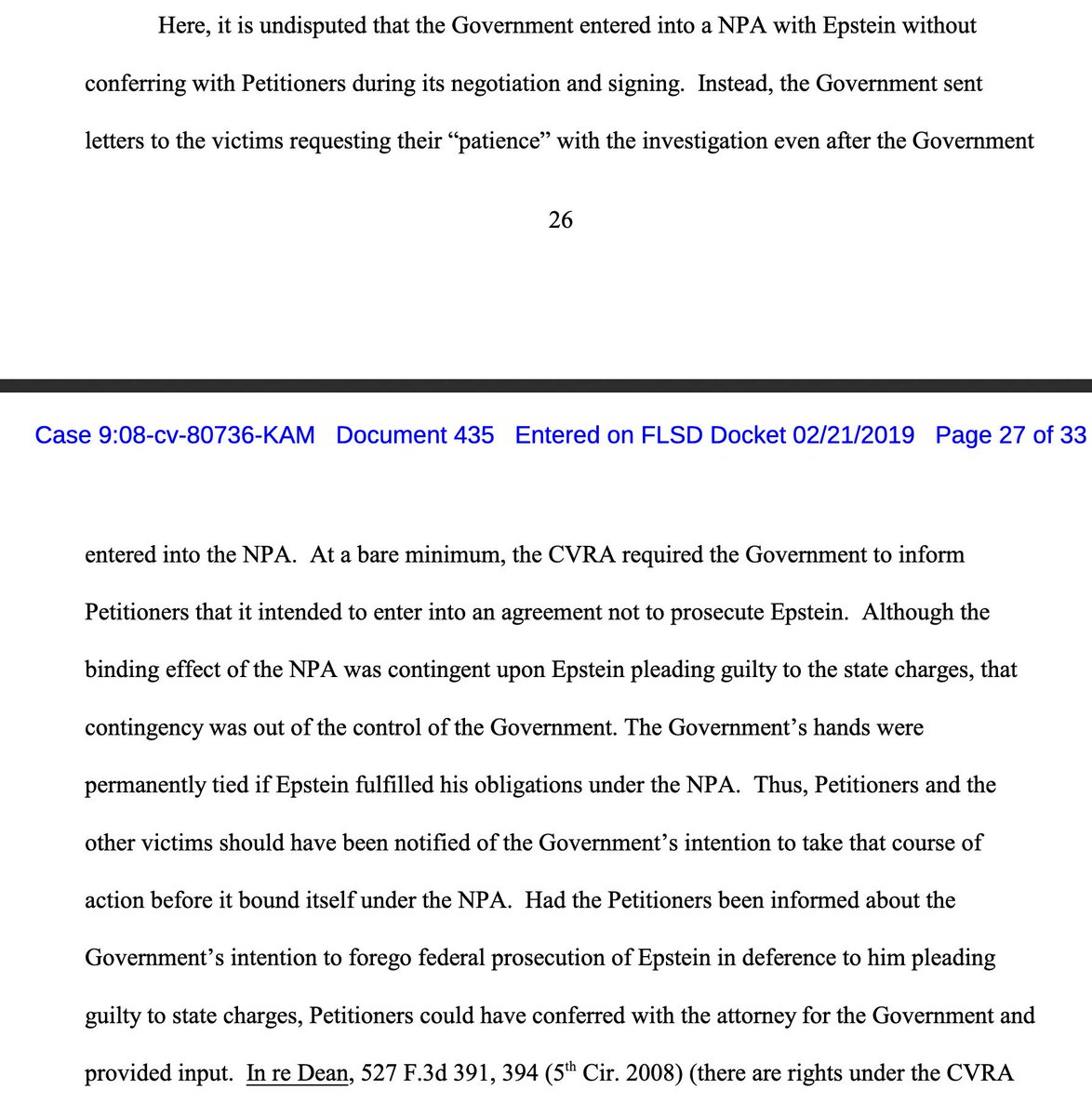 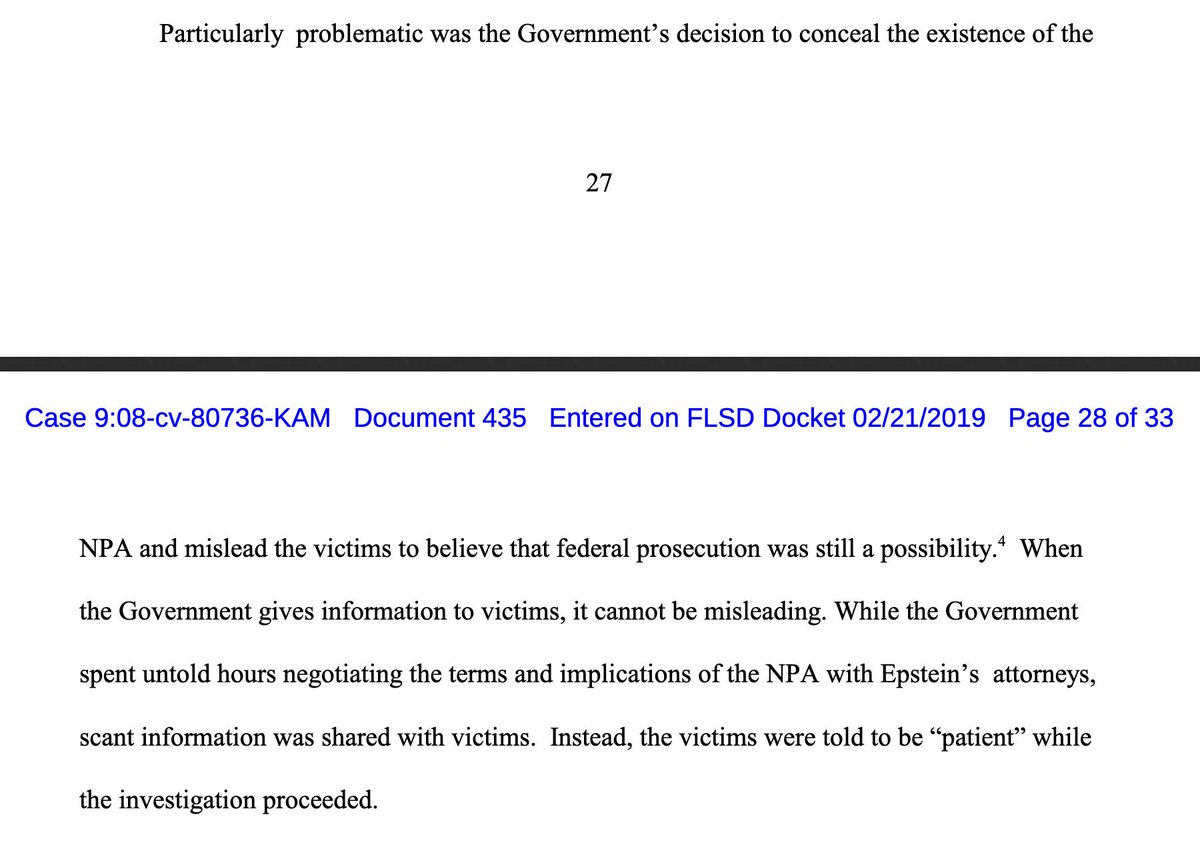 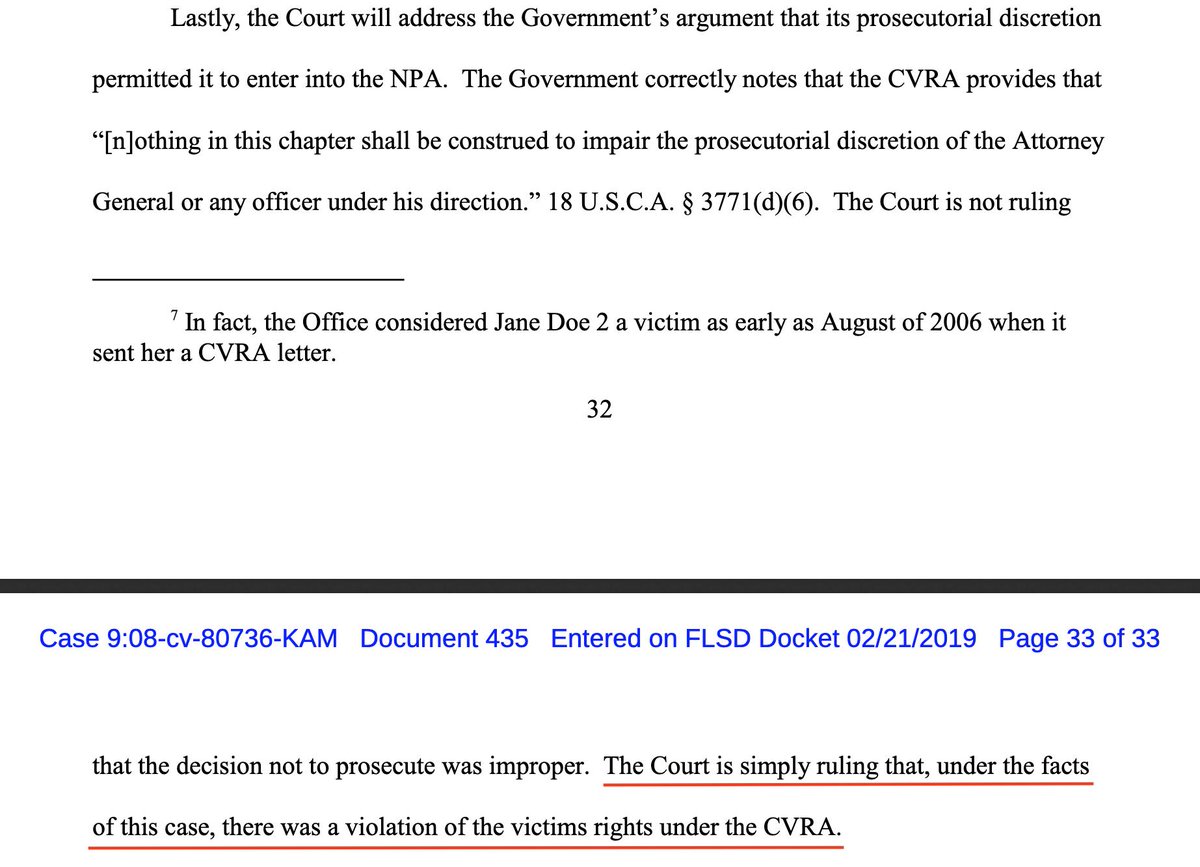