This ruling is incredible! Both the voter ID & income tax cap amendments would be struck down because the court finds that North Carolina's Republican legislature lost its claim to popular sovereignty after it was elected by illegal gerrymanders #NCpol

Illegally gerrymandered legislatures should not have the power to amend the fundamental governing document of the state in ways that entrench their power. Hopefully this ruling survives a near-certain Republican appeal

Excellent question. The only other constitutional amendment passed since the GOP-gerrymandered legislature took office after 2012 was a 2014 measure letting criminal defendants waive their right to a jury trial, which legislators passed almost unanimously

This is key: This North Carolina ruling is not without precedent in U.S. history 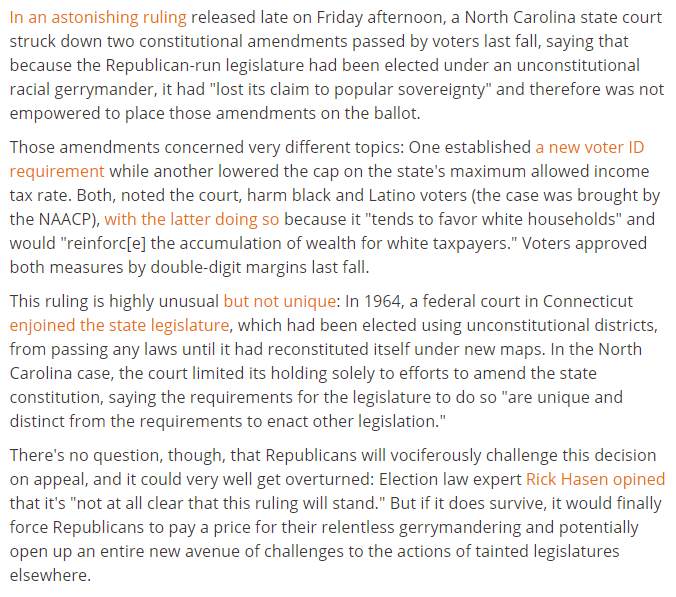 Sure, Democrats have tried to gerrymander, too. But they got rebuked in court 17 years ago, & the GOP won majorities later that decade as soon as they had a great election cycle. Stands in sharp contrast to 2018, where Democratic popular vote wins didn't translate into majorities