Whoa: TLC calculates Beto O'Rourke won a 76-74 majority of Texas state House districts, giving Dems a clear path to flipping the 9 seats they need for a majority. This is the most crucial chamber up in 2020 for congressional redistricting (h/t @trowaman)  https://www.texastribune.org/2019/02/25/where-control-of-next-texas-legislature-will-be-decided/ …

It almost blew up in their faces with several races only narrowly going GOP, but Texas' congressional gerrymander was a major boost to GOP in 2018. Under a nonpartisan map like this, they'd have likely lost 4 more districts (#TX06, #TX10, #TX23, & #TX25)  https://www.dailykos.com/stories/2017/7/10/1677746/-Texas-GOP-congressional-gerrymander-goes-on-trial-in-July-Here-s-how-a-nonpartisan-map-might-look … 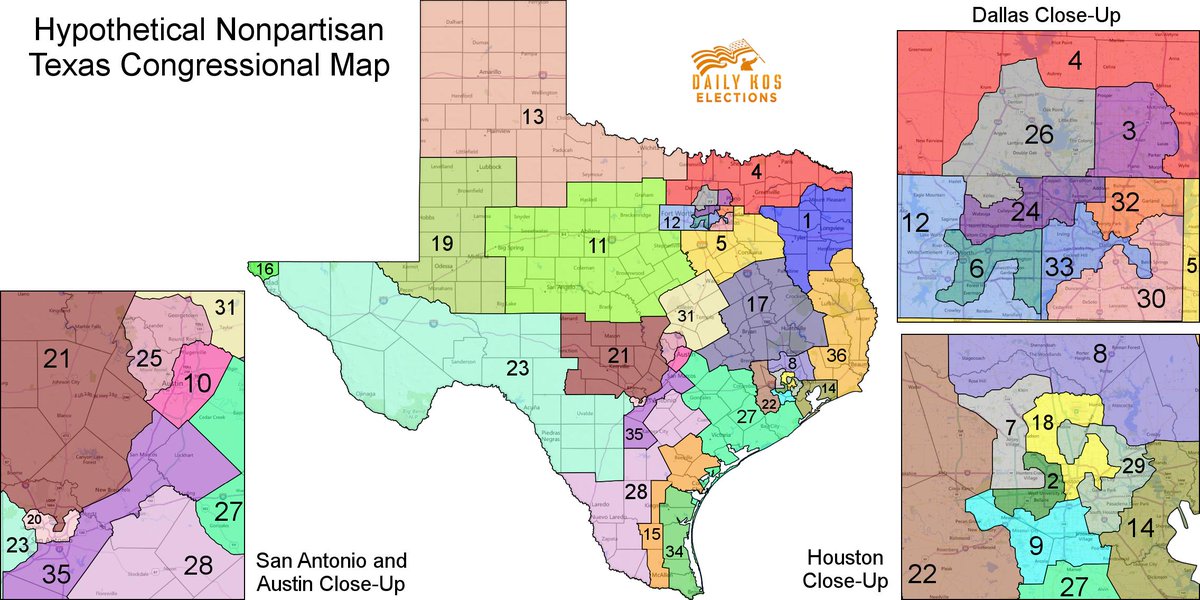 Democrats flipping the Texas state House in 2020 & denying the GOP the power to gerrymander again after the census could be worth several congressional seats next decade, more than practically any other state

Sadly there's little Dems can do to stop Texas GOP from gerrymandering the legislature again after 2020. Even if Dems miraculously flipped both legislative chambers in 2020, a deadlock with GOP Gov. Greg Abbott sends it to a commission where GOP statewide officers hold a majority

Lastly, while some states have political geography favoring the GOP even without gerrymandering, Texas geography increasingly favors Dems. That's largely because nonvoters are counted for redistricting, something GOP of course wants to end. SCOTUS hasn't barred them, either