Eric Garland+ Your Authors @ericgarland Intelligence analyst and advisor to CEOs and governments. I break down global events into clear narratives and appropriate profanity. Feb. 27, 2019 5 min read + Your Authors

LET'S GET READY TO RUMBLE!  https://www.c-span.org/video/?458125-1/michael-cohen-testifies-house-oversight-committee&live …

And here's your sample if you haven't checked out the opening statement. *insert Stephen Colbert this is going to be a disaster gif* 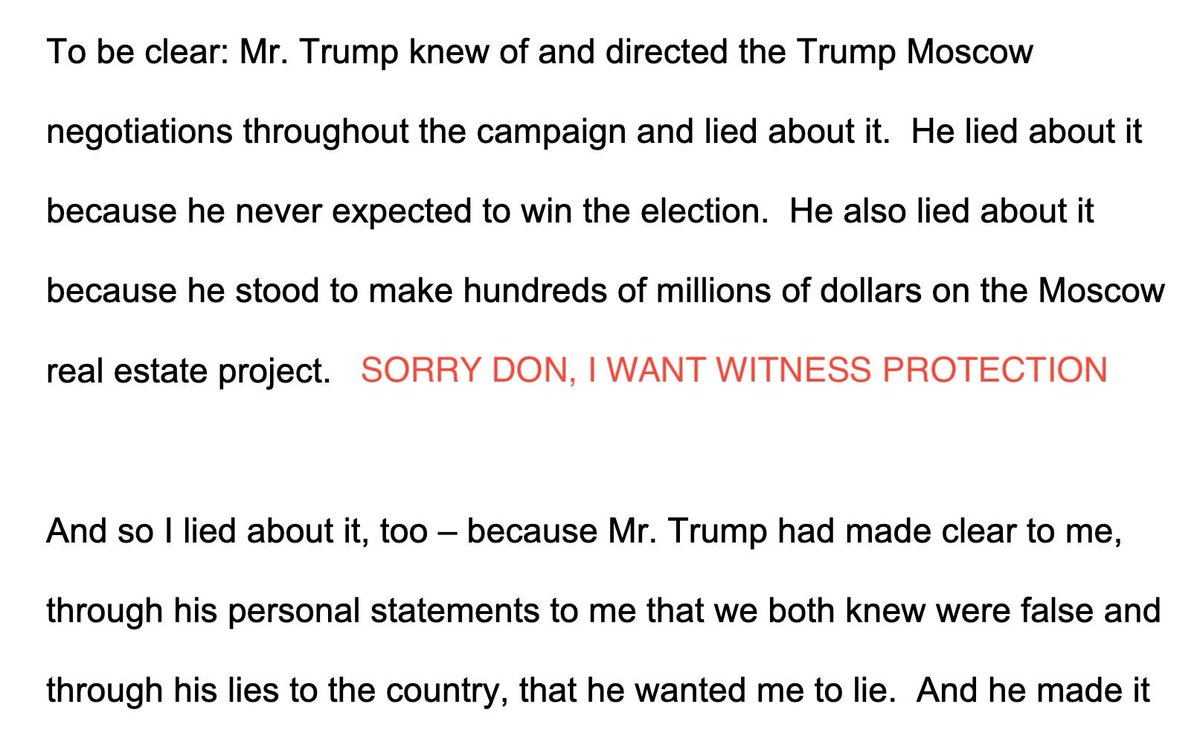 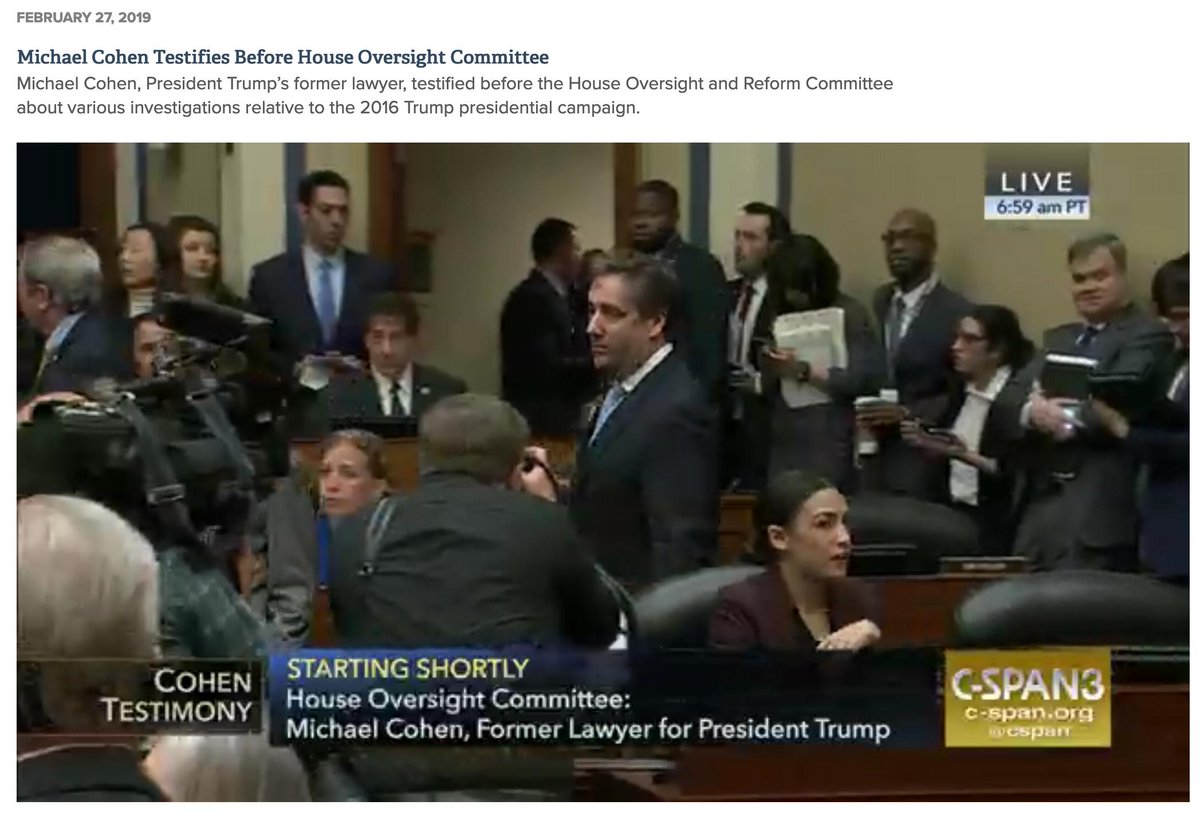 MEADOWS: I AM GOING TO YELL AND QUOTE A GUY FROM WATERGATE WE FOLLOW ALL THE RULES LET US CANCEL

MEADOWS: RULES! THERE IS JUST A MOBSTER IN THE WHITE HOUSE! CANCEL!

(EG Note: I think you can smell the fear through C-SPAN3 of what this Mobster has to say. Which speaks volumes.)

PS the "is he lying?" thing DID I MENTION I AM AN ATTORNEY?

CUMMINGS: Um, you realize we have a total shitton of evidence right? Like checks Trump wrote to this guy WHILE PRESIDENT. YOU ARE COOKED.

Then there's Roger Stone thing with Russian intelligence. YOU ARE COOKED.

CUMMINGS: As Gym Jordan mentioned, Cohen has lied in the past. MOBSTERS AND CROOKS TEND TO LIE UNTIL THEY FLIP, GENIUS.

JUST IMAGINE WHAT SCHIFF IS GOING TO DO! BWAHAHAHAHAHAAAAA

CUMMINGS: Hey GOP guys, don't try to front-face anything about ongoing investigations. We know what you'd love to do.

THIS IS ALL LANNY DAVIS! CLINTONS! (works for Dmitry Firtash, Manafort's partner, but whatevs) YOU SUCK! ATTORNEY CLIENT SOMETHING SOMETHING!

JORDAN: You have unfairly asked us to ask questions limited to our Committee!

oh god we are all going down aren't we

JORDAN: I WILL KEEP YELLING um we are not going to do well here

(EG Note: This is a shitshow of epic proportions. None of us have seen anything this disrespectful and chaotic. The GOP is a disgrace.)

You may call me a liar, but I brought receipts.

COHEN: Nobody is as surprised as me that Trump, that third-rate Mob asset, actually won the presidency.

I am ashamed that we both acted like the Mobsters we are.

COHEN: Basically I ran around and did Mobster stuff with Trump: launder some money, threaten people, RICO, the usual.

COHEN: OK, here we go. Um. We colluded our asses off with Russia. We both lied about it. But I was working with Russia the whole time.

COHEN: TRUMP NEVER EXPECTED TO WIN - HE EXPECTED TO MAKE HUNDREDS OF MILLIONS FROM RUSSIA.

COHEN: I'm father and husband, and hopefully WE CAN GET SOME WITNESS PROTECTION

I've always intended to be a good person, but, hey, Mob.

COHEN: I pleaded guilty to crimes and hey Individual-1, yeah that was Trump.

And I am so confused on how I did Mob things with this other Mobster you elected.

COHEN: I got sucked into the aura of this Mobster I knew was broke but pretended not to because he was so awesome.

(EG: BWAAAAAHHAHAHAHAHAHAAAAAAAAA HOW CAN HE KEEP A STRAIGHT FACE?!?!?! 😂😂🤣)

This is the explosive part: he never intended to be POTUS 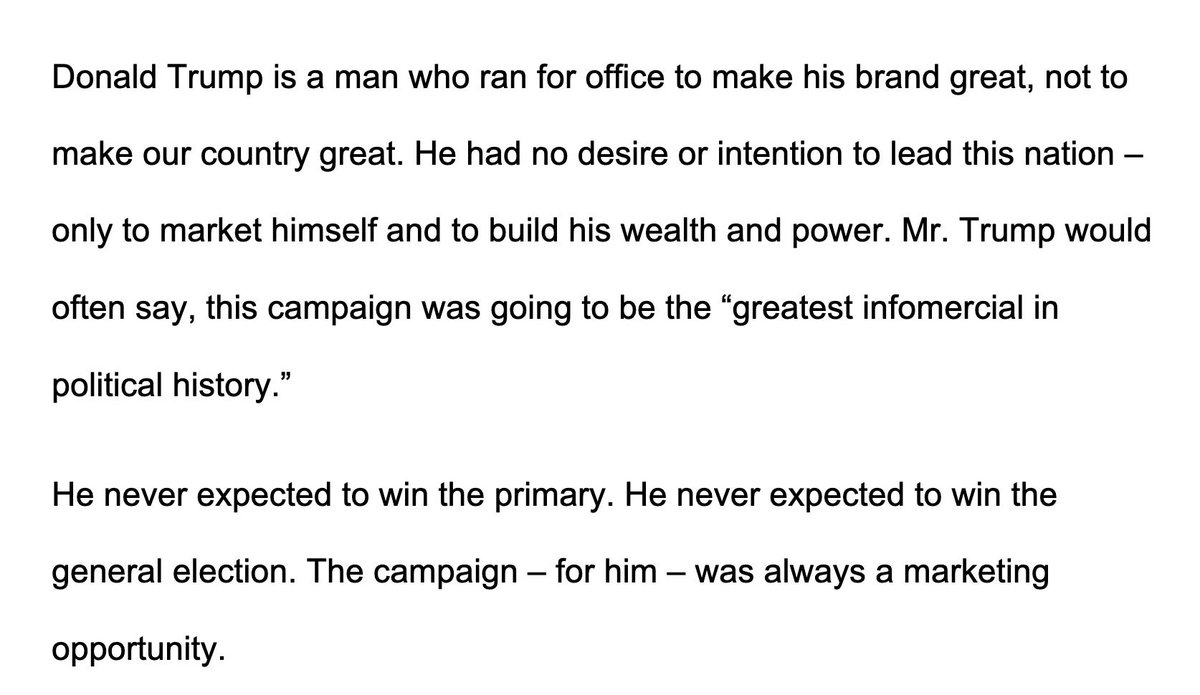 BUT I HAVE HIS FINANCIAL DOCUMENTS GIVEN TO DEUTSCHE BANK AND HE COMMITTED FRAUD (18 U.S. Code § 1344!)

COHEN: We conspired to launder money through art. With a bunch of tax evasion!

Oh and I was told to stiff vendors.

COHEN: (*ooooh*) Stormy and Avenatti shook Trump down, and I arranged the payoff.

(EG: That is aka extortionate behavior, RICO, if true.)

Oh, and campaign finance violations. We did this in the White House while he was POTUS.

COHEN: Remember the June 9, 2016 Russian meeting? DonJr once told Trump "the meeting is all set." Trump is always consulted on EVERYTHING, so, connect the dots.

COHEN: Trump called me a dirty rat! Like a Mobster! Can you believe that? Mob behavior? Ugh! Just because I flipped! Weird! Never heard of this kind of thing.

CUMMINGS: Got disbarred. But you're an attorney. Get that you're in trouble?

CUMMINGS: Weird that Trump was doing business since he said he wasn't in his businesses.

COHEN: Yeah. He was lying.

COHEN: Yeah. He was lying. He does that a lot.

JORDAN: You're a Mobster.

JORDAN: You pleaded guilty and stuff. And lie on taxes.

COHEN: Yup. That was just me.

JORDAN: And you did do tax evasion?

COHEN: Yup. paid it back.

JORDAN: And did bank fraud?

JORDAN: YOU PLEADED GUILTY TO BAD THINGS! CRIMES! AND YOU DON'T LIKE TRUMP? YOU DID THIS FOR TEN YEARS! YOU'RE JEALOUS OF NOT WORKING AT THE WHITE HOUSE!

COHEN: Um, no. We just committed a lot of crime together.

DWS: Could the Trumps be compromised by Russia?

DWS: Would he work with Russia?

Had to take a real-life break - also a sanity break. I leave you with this to remind you why the GOP is freaking out: