Today in @thesundaytimes, 'Tommy Robinson' is described as the 'best-funded politician in the UK', receiving hundreds of thousands of pounds in donations, tax free.

I got some opinions on this story... /1  https://www.thetimes.co.uk/article/tommy-robinson-is-best-funded-politician-in-uk-0sm5d0blp …

First, 'Tommy Robinson' is many things, but he is not a politician. He is, at best, a paid employee of a political party - although I don't see him doing much work for @UKIP.

It has been suggested that he receives a five-figure salary for whatever it is he does, however. /2

The story states that 'Robinson' claims he's spent a great deal of his donations on legal fees.

It also discusses his funding from right-wing think-tanks.

It seems remiss not to mention the Middle East Forum, who freely admit to paying his legal fees. /3 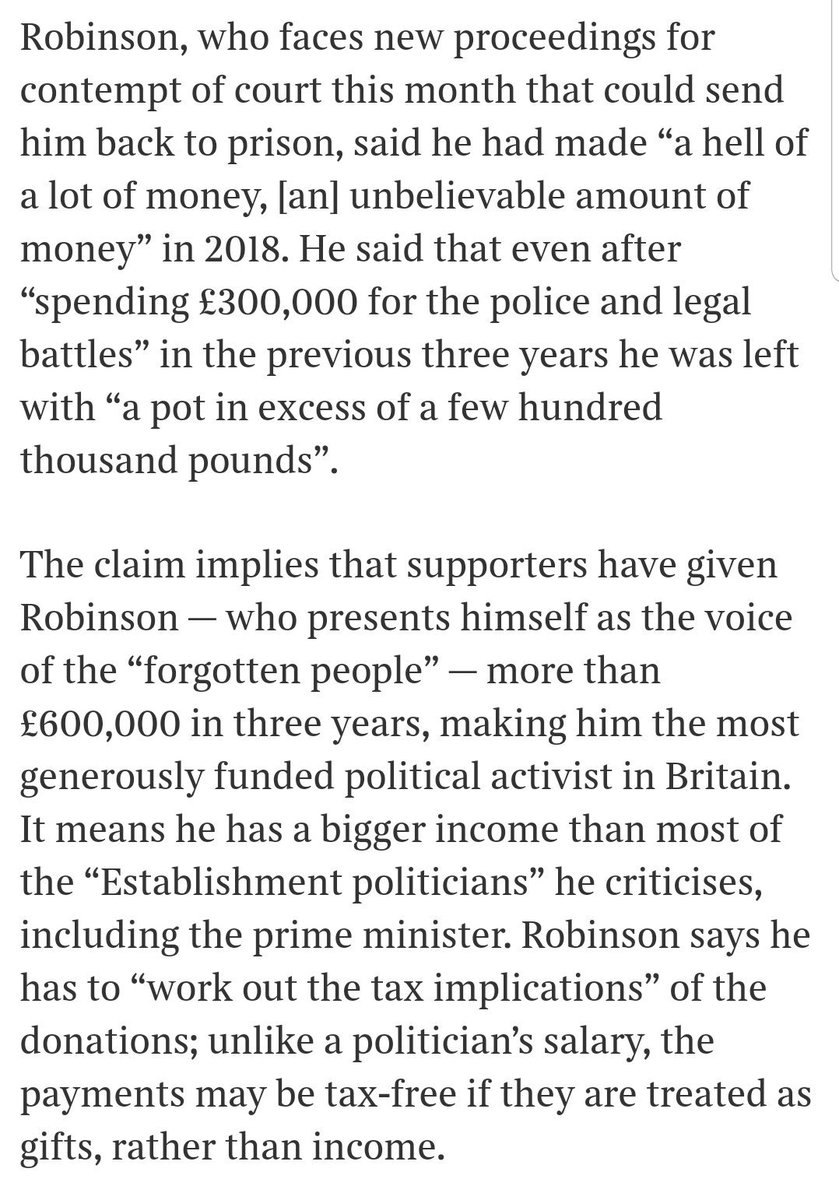 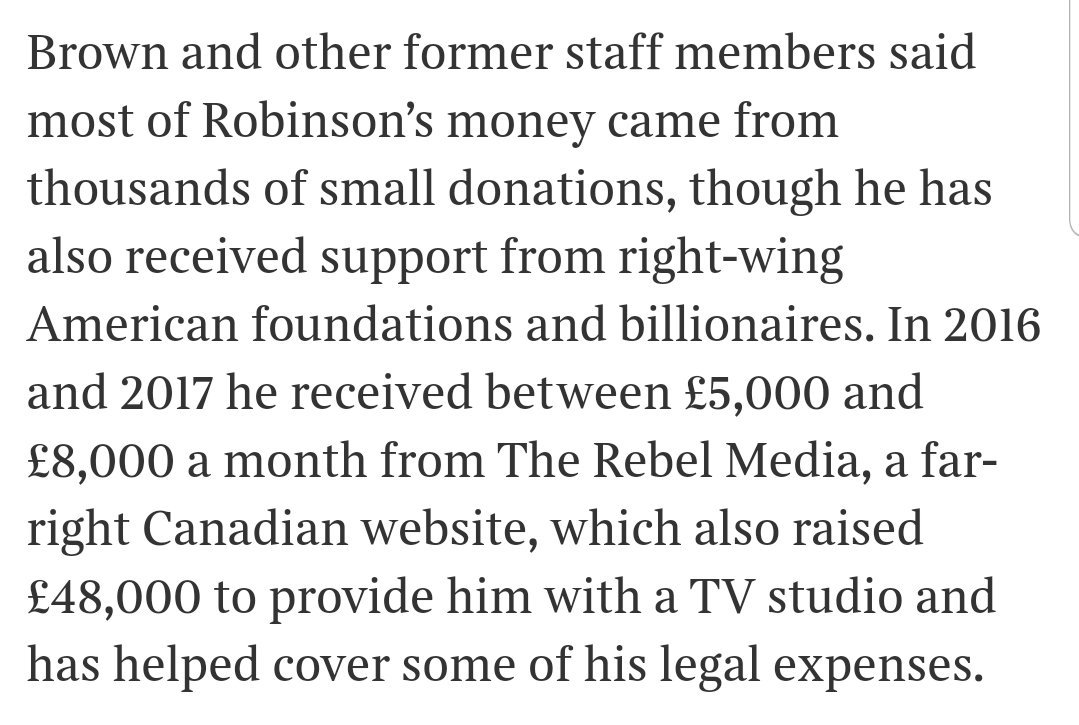 I mean, don't take my word for it, the Middle East Forum's payment of legal bills was the subject of a @TheTimes story itself mid-last year. /4  https://www.thetimes.co.uk/article/us-think-tank-spends-thousands-on-tommy-robinson-legal-appeal-97fsv5b6h …

The story talks about the fact that 'Robinson' owns a home in Bedfordshire worth close to a million pounds, illustrating it with real estate shots of the property.

This is exactly what caused 'Luke', the young man who criticized 'Tommy', to have his parents doorstepped. /5 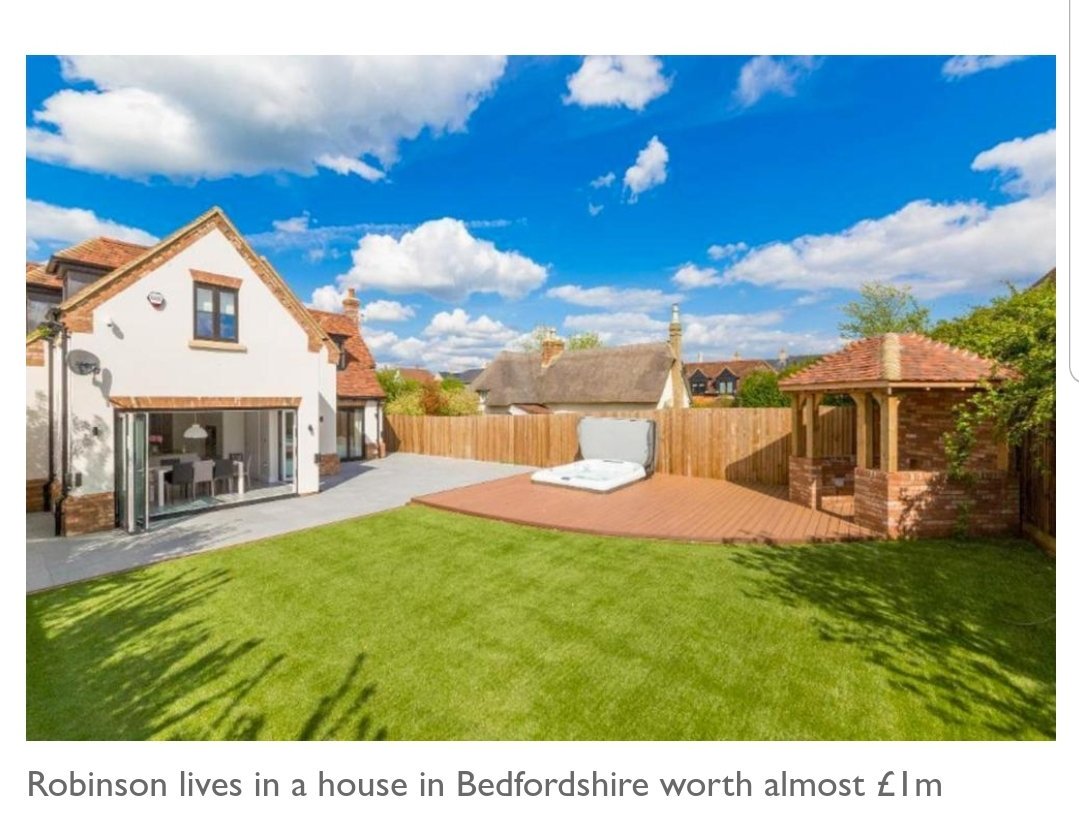 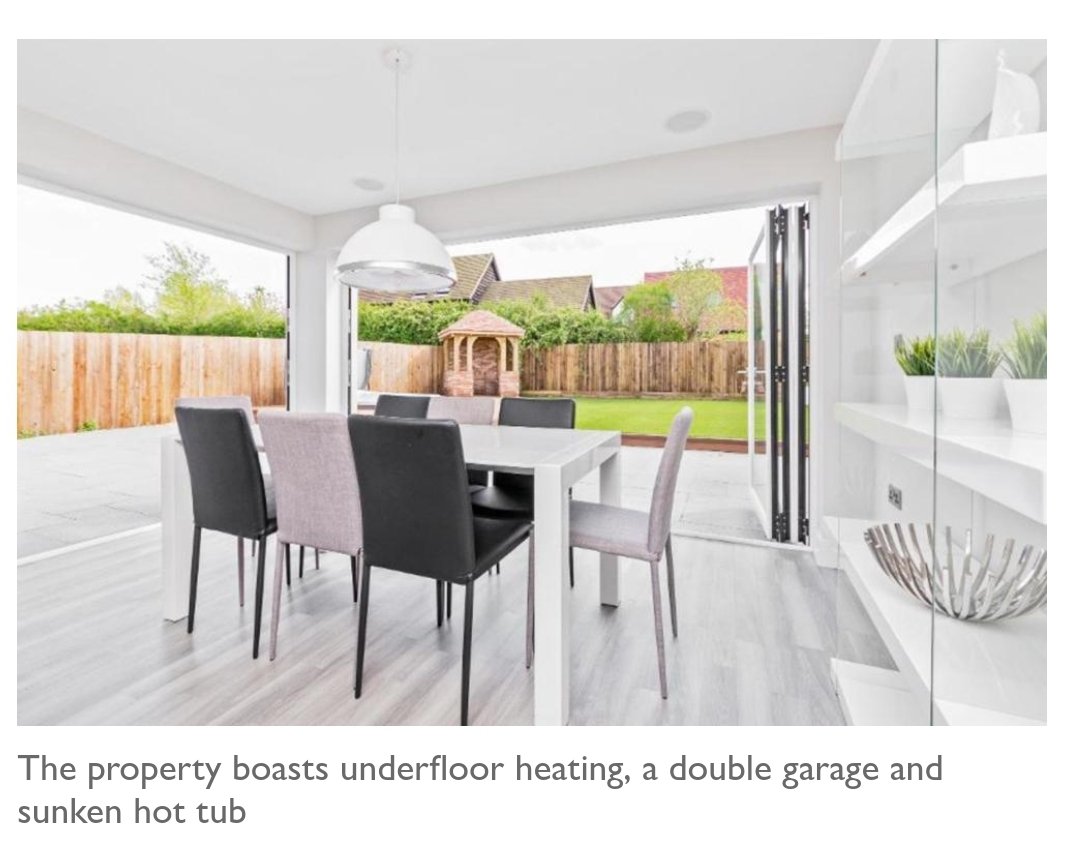 Can we expect the journalist, or the paper itself to get a visit from this 'politician', banging on doors, repeating defamatory slurs?

If 'Robinson' is so protective of his family, you think he'd take action.

That pictures would be published in @thesundaytimes is odd... /6